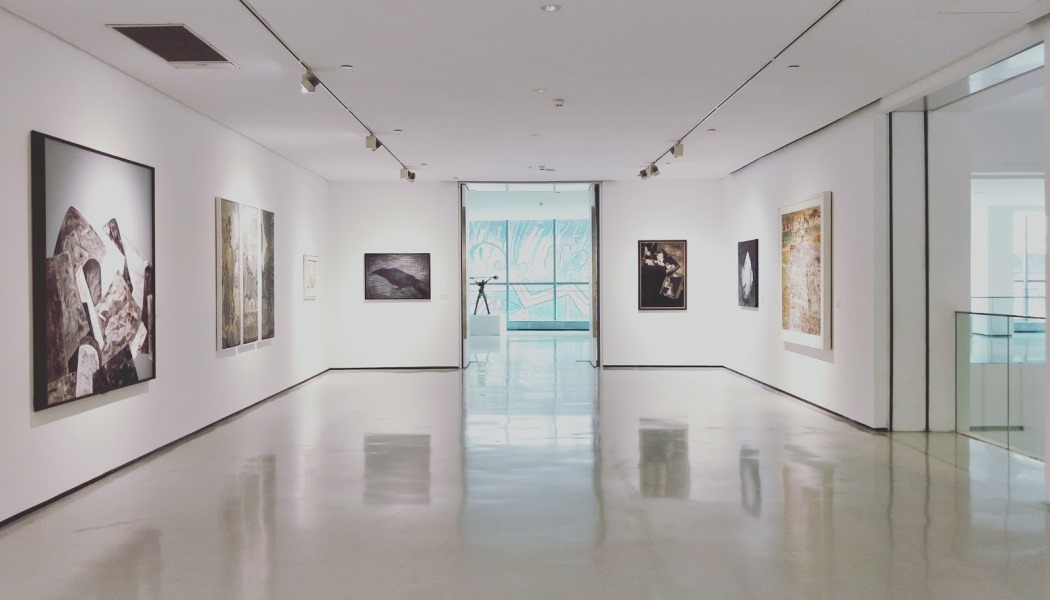 Jo Morrison, director of digital innovation and research at Calvium, dissects some of the sector’s innovative uses of online platforms to creatively engage audiences during the unprecedented lockdown period.

True to form, the arts and cultural heritage sector has risen to the challenge of making themselves, their collections and sites digitally available for people to experience during lockdown. It’s an extraordinary achievement and has been driven by ingenuity (e.g. Sadlers Wells), determination (e.g. Derby Museums)… plus code, kit and connectivity (e.g. Sydney Opera House).

For many of us, living life in lockdown makes it easy to feel apart from the rest of the world; a recent study in the Lancet revealed that quarantined individuals can develop symptoms of psychological stress and low mental health, with boredom being a key stressor.

“This review suggests that the psychological impact of quarantine is wide-ranging, substantial, and can be long lasting.” Brooks, S. K. et al. The Lancet, 2020

By opening themselves up digitally to the world, cultural organisations are enabling people to explore new ideas, artworks, performances and more, as well as reacquaint themselves with firm favourites that provide comfort and relieve boredom during this period of significant uncertainty.

To better understand the impact of the crisis on consumer demand for cultural content – such as film, TV, music, books and theatre – the Creative Industries Policy and Evidence Centre (PEC), in partnership with the Intellectual Property Office (IPO) and research agency, AudienceNet, are following a group of consumers for six weeks. In the first week of the study there has been an increase in people consuming more content from online sources than before, with the biggest increase being people watching filmed live performances of theatre performances, concerts and dance shows.

“The sudden outbreak of COVID-19 and the lockdown has led to unprecedented changes in how we live, including the ways in which we interact with cultural content. “ – https://www.pec.ac.uk/blog/cultural-consumption

So we are accessing places, performances and people afresh, through digital means. In this article, I highlight some inspiring ways that we can experience arts and culture, as well as participate – safely from the four corners of our homes.

While the full sensory experience that comes from seeing an original artwork or watching artists perform on stage may be out of physical reach, the virtual world provides viable alternatives to widen our horizons and explore the arts and culture.

If you have yet to see Tchaikovsky’s Swan Lake or Mozart’s The Magic Flute, the Royal Opera House is now streaming full-length ballet and opera productions, as well as musical masterclasses and behind-the-scenes footage for free.

A new show premieres every week, with on-demand worldwide broadcasts available on the ROH’s Facebook and YouTube channels.

La Scala, in collaboration with Google Arts and Culture, have produced this utterly wonderful video of the artists performing Verdi’s ‘Simon Boccanegra’.

The British Museum launched The Museum of the World—an interactive map that showcases the museum’s massive collection of artefacts that spans two million years’ worth of human history and culture. You can travel as far back as 5000 BC and see some of the first recorded rock art in Africa, or fast forward through time and see the sculptures born in ancient and early medieval south Asia.

Hastings Contemporary museum in England, meanwhile, is proving that we’re taking giant leaps in the robotics field as they offer virtual tours of their collection through a telepresence robot. Online visitors can control the robot from miles away by using their keyboard’s arrow keys. It’s proven to be a huge hit that the museum is now booking in advance.

Our friends at Arcade have developed their eponymous virtual gallery platform that allows visitors to explore arts, culture and heritage exhibitions from anywhere in the world. The first three exhibitions in The Arcade, presented in association with The Heritage Alliance, are Landmark Trust’s Coastal Landmarks, National Historic Ships photography competition highlights from the past ten years, and the ‘reawakening’ of Alexandra Palace’s stunning theatre.

3. Apps to explore arts and culture

Through the years, Calvium has worked with brilliant artists and venerable museums as we developed apps aimed to create a cultural and artistic experience for audiences – which can be experienced from their own homes.

Our partnership with renowned British photographer Marcus Lyon, for instance, gave us Somos Brasil—an interactive app that plays audio interviews of more than 100 Brazilians that Marcus photographed and interviewed, enriching each viewer’s experience of the portraits. 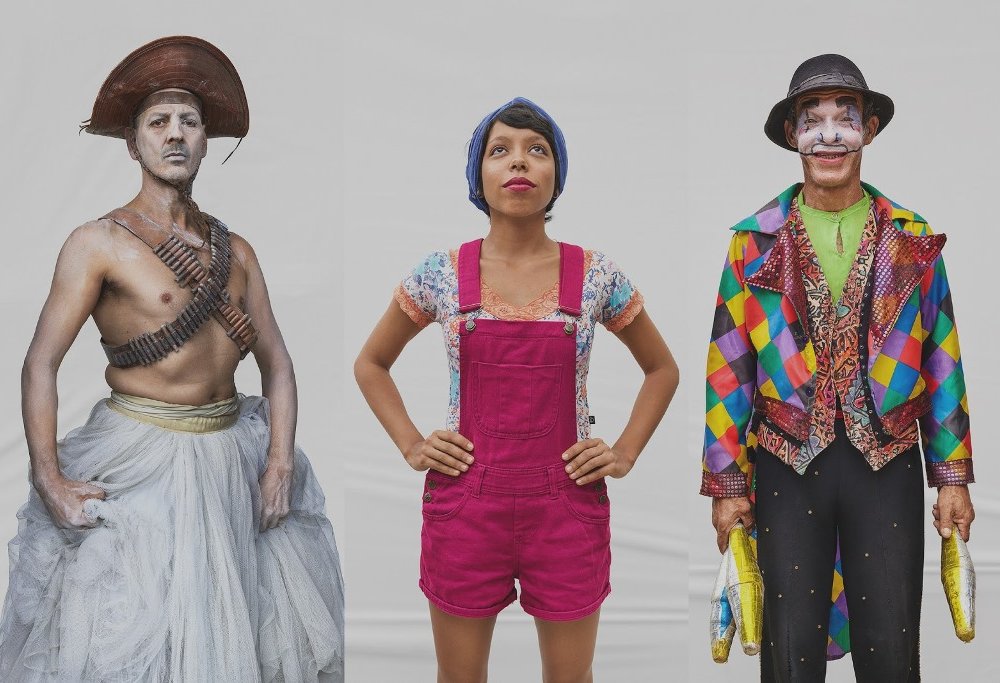 Alight, on the other hand, is an app originally made to introduce users to several pieces of art across London that reflect the “sacred.” Having been developed further since its initial release, the app also has trails that take users across cities such as Oxford and Chichester in the UK, and New York City and Washington D.C., USA. Again, ‘arm-chair mode’ allows you to visit these cities virtually.

Many organisations have made a real push to bring their collections online and make them available to the public, digitally.

The prestigious Smithsonian Institute collections include 156 million artworks, artefacts and specimens. They have moved their collections online in an ‘open access,’ where audiences can download, share and reuse the Smithsonian’s images, without having to ask. The result of this has allowed them the potential to reach a much wider audience than they would have in their physical museums in Washington D.C. and New York.

Closer to home, The Royal Albert Memorial Museum (RAMM) has a collection of over one million objects and collections from all over the world. With the museum closed to the public, the organisation has strived to make the collections accessible through their digital channels, with audiences at home being able to search their collections database to explore or find their favourite object. 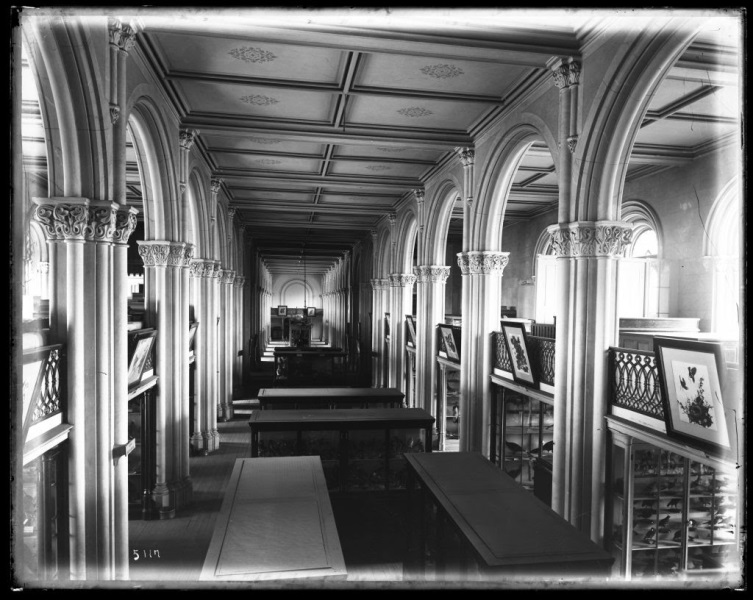 Multiple studies have linked our exposure to nature to the improvement of a person’s mental health and sharpening one’s cognition. This, however, begs the question: Will online tours have the same effect on people as outdoor exposure?

A study published in Frontiers in Psychology found that six minutes of exposure to nature through a mobile VR headset “produced similar effects as 6 min of outdoor nature exposure.” The same study also recommends short and isolated exposure to 360-degree videos of nature as an alternative to outdoor exposure, especially for those who may not have access to it.

Let’s take a look at several places that we can virtually “visit” while we’re on lockdown:

In collaboration with poet Anna Maria Murphy and the Kneehigh team, Calvium helped bring to life the Walk With Me app. Anna collected homegrown tales, folklores, and personal stories of Cornwall residents and re-imagined them into wild and exaggerated poems and prose, resulting in this funny yet moving free story app.

A user in Cornwall can use their device’s GPS to trigger these stories as they walk around the area. However, there is also an ‘Armchair’ mode where people can listen to these stories remotely. The app is available on both iTunes and Google Play. 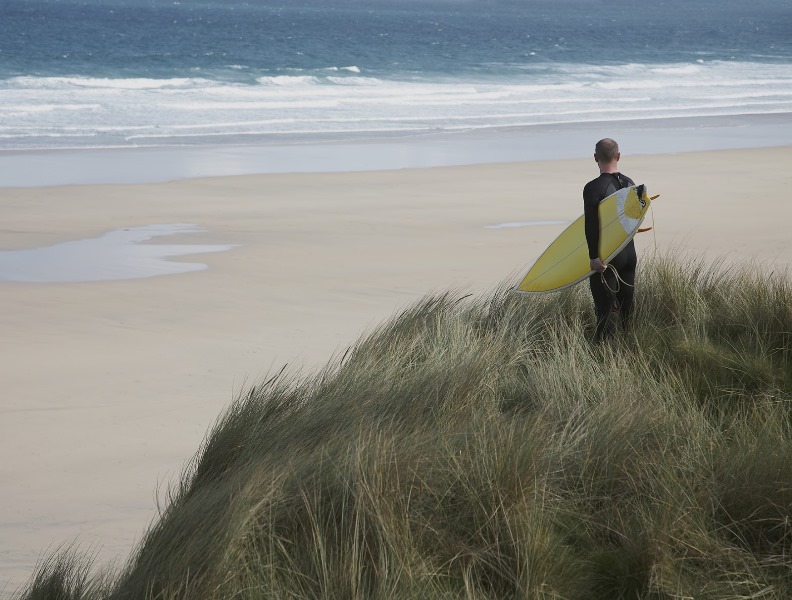 San Pier Maggiore in Florence may have been demolished in the 18th century, but its memory lives on today. Through the cutting-edge technology used in  Hidden Florence 3D, a digital placemaking AR app available on iTunes, users can now reconstruct the church of San Pier Maggiore in their living rooms or gardens.

Going around London is now possible through a couple of apps that bring the city’s famous landmarks to the comforts of people’s homes.

The City of London Visitor Trail app gives users the ability to explore the Square Mile—whether on foot or online—by following a series of itineraries, stories, personal insights, and routes. The Battersea Power Station Heritage Trail app, meanwhile, tells the rich history of this coal-fired power station that once produced a fifth of London’s power supply.

It’s been great to see how many museums and cultural institutions have made the move to digital quickly and effectively, in order to continue engaging with audiences all over the world. However, it is important to note that while this is happening, the arts and culture sector is in peril with many organisations facing some difficult decisions. Shakespeare’s Globe theatre faces permanent closure due to the pandemic, whilst in the US, SFMOMA has had to furlough or lay off hundreds of employees, with similar happening at the city’s Exploratorium with furlough or pay cuts to hundreds staff.

Despite the uncertain future of the arts and culture sector, the positive to take from this experience is seeing how adaptable institutions can be, and the move to digital has meant they can continue engaging with audiences who in turn get the escape they need. Could digital technologies hold the future for cultural institutions?

Finally, early in the UK lockdown a friend shared the following cultural masterpiece with me:

Thank you Ariane and thank you The Starlets!