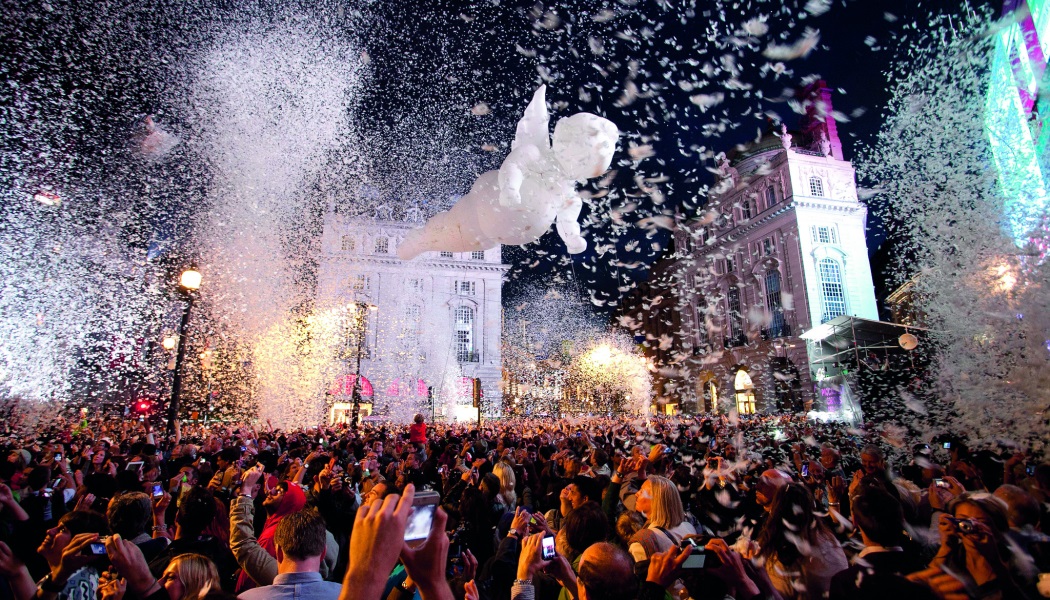 As we blow out the candles on our 70th birthday cake, it’s a good opportunity to look back at the beginnings of the Arts Council – and also to look forward to our future

Over the past seven decades, sustained public investment in artists, arts organisations, museums, galleries and libraries has made a huge difference, not only to the major cities that are most often talked about, but in every part of the country – in the communal lives of our villages, towns and cities everywhere.

The Arts Council grew out of the Council for the Encouragement of Music and the Arts (CEMA), which was set up in 1940 with the aim of supporting Britain’s culture as part of the war effort. The driving force behind the creation of the Arts Council, and its first chairman, was John Maynard Keynes, the economist.

It’s salutary to note that it was an economist, rather than an artist, whom generations of creative minds since the Second World War have to thank for the body that provides public investment in their work. Keynes was a passionate believer in the arts. He collected painting and regularly attended the opera, ballet and theatre. Well over half a century ago, he recognised the value that arts and culture brings to our lives.

In a BBC Radio talk in 1946 to announce the Arts Council’s establishment, Keynes underlined the importance of creative freedom for the artist:

…who walks where the breath of the spirit blows him. He cannot be told his direction; he does not know it himself. But he leads the rest of us into fresh pastures and teaches us to love and enjoy what we often begin by rejecting, enlarging our sensibility and purifying our instincts.

Keynes was the architect of the Arts Council’s Royal Charter, although he died shortly before it was ratified in 1946. The Arts Council was funded with a grant from the Treasury, operating at arm’s length from the government. This principle is still upheld today. In addition to government funding (known as Grant in Aid), since 1994, the Arts Council has also distributed National Lottery Good Causes funding to arts and culture activities across England.

In 2013, almost seven decades on from Keynes’s radio talk, the current chair of Arts Council England (and Keynes’s successor), Sir Peter Bazalgette, neatly encapsulated the role that culture plays in twenty-first-century England, in his first speech in the job:

The arts create shared experiences that move us to laughter or tears; that increase our understanding of other people’s lives: that educate and entertain us. In short, it is the power of enlightenment.

Things have changed since the days of Keynes. Back in the 1940s, there could sometimes appear to be a lofty separation between artists and the rest of the population, and politicians and funding organisations took a rather patrician view of audiences, who were offered what the establishment thought was good for them, rather than what they might actually want or need. Those who were ‘in the club’ were allowed to enjoy the best of art and culture. The rest were likely to be given a watered-down substitute – or nothing at all.

In the past, the best art was largely kept away from the population, as if locked up in a cupboard, too remote or expensive or exclusive to be accessed. In the twenty-first century we have blown the doors off that cupboard. The riches are available for everybody to enjoy and the Arts Council puts the needs of the public at the centre of its thinking. That’s why we are seeing centres of artistic ambition and excellence springing up all over the country, from St Helens to Sunderland, from Bradford to Luton and from Plymouth to Stoke-on-Trent.

I really do believe we need art and culture in the most profound sense, to explore our full creativity and potential as human beings.  All of us who care about our national cultural wellbeing must feed the flame of this creativity in everyone in England.  So whilst we will continue to invest in great institutions at all scales that showcase extraordinary art and culture, a priority for us in the next 70 years must be to nurture nascent sparks of creativity.  That is why we will continue to prioritise children and young people, ensuring they are able to experience a rich cultural life, focusing especially on areas of socio-economic disadvantage.

We will also continue to invest in our network of Creative People and Places programmes such as Creative Barking and Dagenham, Left Coast in Blackpool, Right Up Our Street in Doncaster, Bait in Northumberland and Creative Black Country in Sandwell, Walsall and Wolverhampton. These are already making huge differences to people’s lives by connecting them with art and culture in exciting new ways.

And, as we count down to the launch of Hull City of Culture 2017, we’re already seeing dramatic changes in the way in which the people who live in Hull – and the rest of the world – view life in this great city. There’s no doubt that that change is largely down to sustained strategic investment in art and culture.

There’s still an enormous amount to do though. In the years ahead, we’re determined to build on our investment in villages, towns and cities right across England – and we’re equally determined to make sure that our investment reaches people from every walk of life, including those from tougher socio-economic backgrounds. Art, culture and creativity are no longer a luxury remote from everyday life; rather they are an essential part of it.

This blog first appeared on ACE’s website on Tuesday 9 August.

To celebrate its 70th birthday ACE has launched #70things.