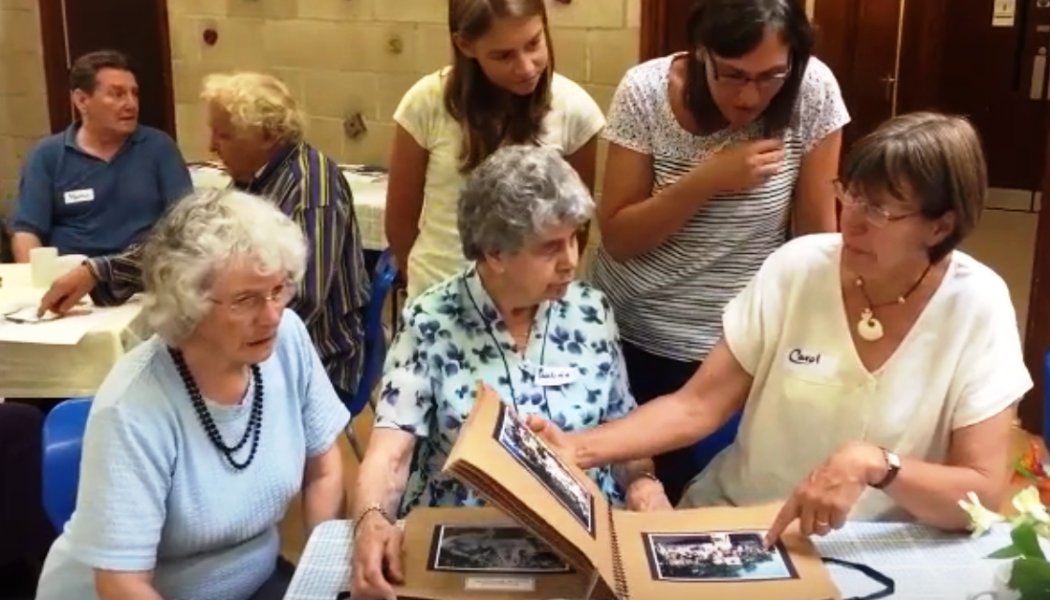 Following a pilot showing in September of photographs depicting Evesham people and places at the Worcestershire town’s Dementia Café, the Almonry Museum has now produced seven albums for customers to enjoy

The Almonry Museum’s Albums to Share project was the idea of the museum’s learning co-ordinator Adele Webb who won the £1,000 M+H Show Fund in May to produce a total of 30 albums by next March. You can see a video of the pilot showing here.

I am delighted to say that the first box of albums has gone out this month to Evesham’s Dementia Café. Helen Attree, the organiser, was very pleased to receive them and they were going straight out to the customers as I left! I have been able to incorporate suggestions made via the Café into the format of the albums, but will continue to seek feedback over the span of the loan.

There are three titles in each box. The first three are ‘Out and About,’ ‘High Days and Holidays’ and ‘All in a Day’s Work.’ The café will keep the box for three months, at which time they will swap it for another collection. The next three titles are, ‘Messing About on the River,’ ‘Shopping Around’ and ‘Friends United.’

In the meantime we have been contacted by the co-ordinator of All Saints’ Tea Service, who hold weekly get-togethers in the church for people living with dementia and their carers. They have taken possession of a loan this month, but also requested a reminiscence box, based on World War ll, for their meeting on Remembrance Day. They would also like to have a regular loan to coincide with their weekly themes.

When we applied for the £1,000 award, we said that if there was any money left over from the Albums project we would extend and upgrade our reminiscence boxes. We will therefore pause the albums for a few weeks and work on the reminiscence boxes, but all will be completed by March.

I will be submitting a Case Study on the project to GEM – Group for Education in Museums.

Once the next two boxes are nearing completion I will contact the next two organisations who expressed an interest in ‘Albums to Share’: Rooftop Housing and Evesham Community Hospital.