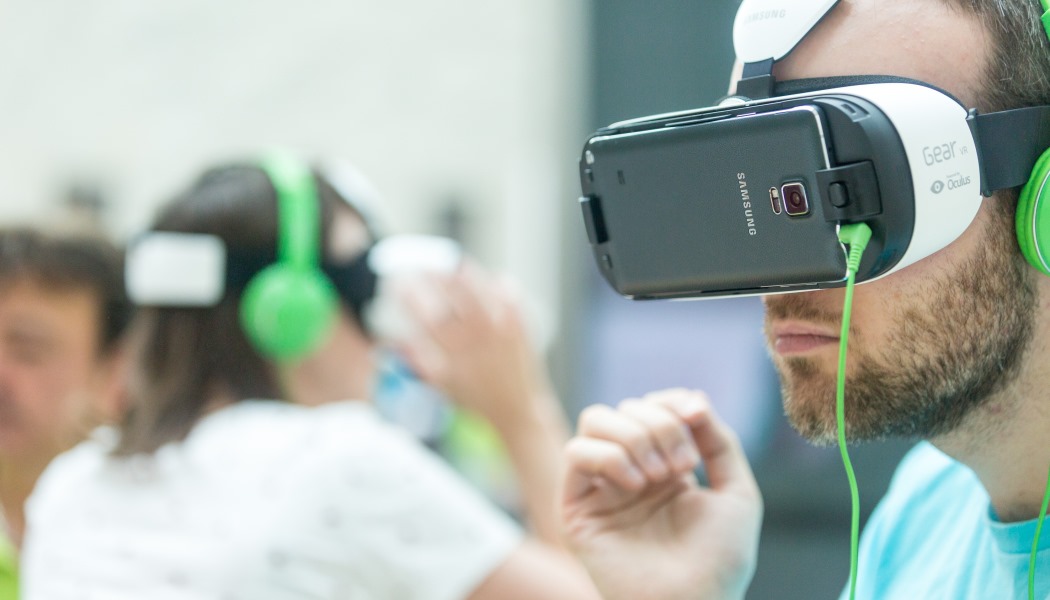 It’s often said that walking into a museum is like going back in time. All of those artefacts, lovingly curated and displayed create a vivid sense of history for visitors, or at least, that’s the hope. But, wouldn’t it be great if you could actually experience these objects and artefacts in situ? Barring access to a time-machine, this is nigh on impossible but that hasn’t stopped the team in the Samsung Digital Discovery Centre (SDDC) at the British Museum from having a go.

The Samsung Digital Learning Managers from the Schools and Young Audiences Team have been working with Dr Neil Wilkin, Curator of the European Bronze Age collection at the British Museum.  They employed the skills of Soluis Heritage who specialise in presenting heritage architecture through CGI visuals and animation (you might have seen them at the M+H Show earlier this year).

Together they have created a virtual Bronze Age-style round house, complete with burning fire, authentic atmospheric sounds and incorporated  3D scanned representations of British Museum objects from that period including  a Sussex Loop, and a ceremonial Beaune dirk.

Visitors to a virtual reality weekend held in the great Court of The British Museum on 8 and 9 August were able to explore the round house and objects using Samsung Gear VR headsets, as well as on Samsung tablets and via an immersive dome.

I worked as a facilitator over the weekend – we expected it to be a busy weekend, and we were right with more than 1,200 people took part in the activities during one of the hottest weekends of the year.

The main draw was the Gear VR headsets. Like something out of the early ‘90s visions of the future, the VR Helmet design gave visitors the freedom to explore the Bronze Age roundhouse and discover a bit more about the objects at their own pace. 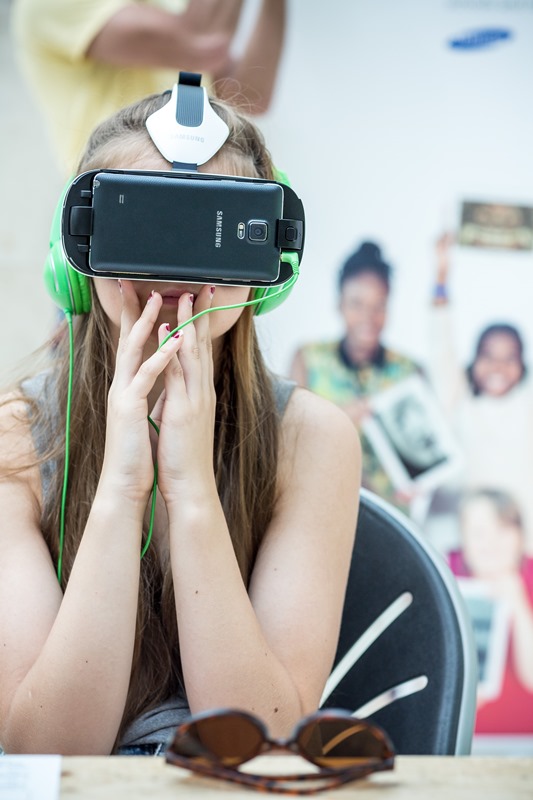 Dr Neil Wilkin told the Guardian  that “the technology is particularly useful for the bronze age, a difficult period for visitors to engage with and imagine museum objects in their original context.

“People in the Middle Bronze Age tended to deposit their metalwork and other precious objects away from their settlements, so this experience gives us the rare opportunity to put them back in their original settings.”

This Bronze Age behaviour has left a bit of a gap in what we know about the people of the time. Experts have been able to piece together bits and bobs, but not much is certain and we don’t know exactly what some objects – such as  the Sussex Loop – were used for. The SDDC team were able to turn this lack of knowledge into a democratic interpretive activity: after exploring the roundhouse and learning more about the objects, visitors were asked what they thought they were and what they were used for. Suggestions ranged from ‘jewellery’ and ‘something ritual’ to really out there responses such as ‘equipment for bronze-age quiots’ which really tickled the team.

The democratisation is a theme that has run through this project as the objects were originally rendered in 3D through the innovative Micropasts Project, which invited thousands of people across the world to help create 3D models of archaeological artefacts, enrich photographic archives, or transcribe old archaeological or historical records.

Augmented Reality is already used in workshops in the SDDC but this is the first time the team have used virtual reality to explore objects. It was fantastic to see visitors interact with the collection in a brand new way, and to hear exactly what they thought about the experience. It’s really exciting to think about the possibilities for how Virtual Reality could be used in museums in the future.