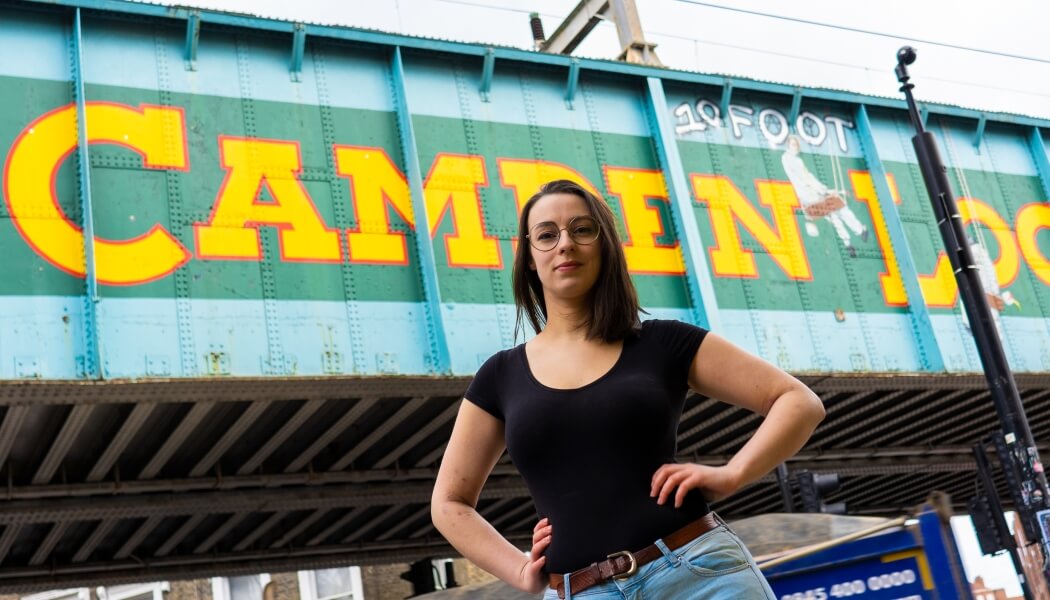 Founder and director, The Vagina Museum

Set to be the world’s first bricks and mortar museum dedicated to vaginas, vulvas and the gynaecological anatomy, the Vagina Museum, (the first and only registered charity in the UK with vagina in its title) is positioned to open in Camden Market in November 2019

But to make this great (and time sensitive) opportunity a reality, we need your help to do it! We have launched a crowdfunder to achieve this

All photographs taken by Nicole Rixon

So now for the big question: Why is a Vagina Museum needed? While the name might shock or even make you giggle at first, stigma has real-world consequences:

If you can’t even use the word vagina, think how tremendously that impacts your health …
65% of 16-25 year olds say they have a problem using the words vagina or vulva and more than 1 in 10 of 16-35 year olds said they found it very hard to talk to their GPs about gynaecological health concerns. Nearly a third admitted that they had avoided going to the doctors altogether with gynaecological issues due to embarrassment (Eve Appeal, 2016).

Mental Health and a Crisis of Body Image
There has been a 500% increase in the number of labiaplasties on the NHS between 2002 and 2012. A huge driver of this has been the “unrealistically narrow representations of vulval appearance in popular culture” (RCOG, 2012).

A Dedication to Inclusivity and Intersectionality
Four in five LGBT people who have experienced a hate crime or incident didn’t report it to the police (The Gay British Crime Survey, 2013).

Consent
Words are Power: Only around 15% of those who experience sexual violence report to the police (An Overview of Sexual Offending in England and Wales, 2013).

Not Just Vagina Owners Need to Know about Vaginas
Half of men wouldn’t feel comfortable chatting about gynaecological issues with a female partner, and many said they still see the vagina as ‘shrouded in mystery’ (Eve Appeal, 2017). 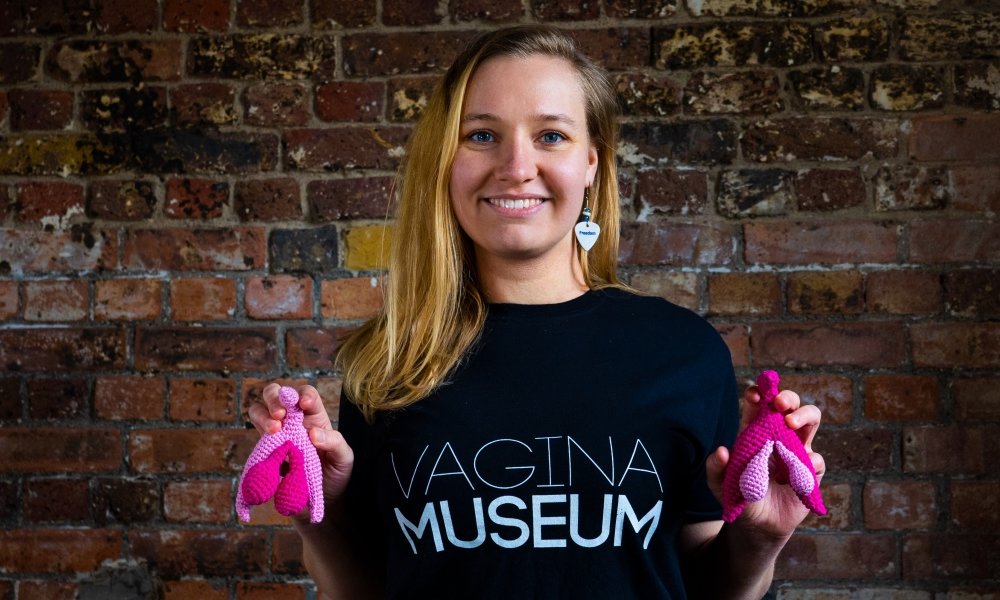 With a Vagina Museum, all people can learn that there is nothing shameful or offensive about vaginas and vulvas and by fighting stigma, we can be a part of helping solve these problems.

To open the Museum, we need to raise £300,000 which will cover exhibitions, an outreach programme, rent and staffing – for which we will be paying above the London Living Wage for all paid positions.

By opening our first premises, we can host an outreach programme that includes supporting healthy and inclusive sex and relationships education, engaging with doctors and other medical professionals to provide better services and supporting the trans and intersex communities. A packed events programme will include talks, panels, workshops, classes, comedy nights, performances and so much more!

In support of the Museum’s mission we have created an advisory and board of trustees that includes a hugely diverse group of people from all walks of life including medical professionals; scientists; academics in gender studies, literature and history of sex work; curators; activists working in LGBT+ rights, fighting FGM and supporting people in poverty who menstruate; and sex educators.

You wouldn’t need so much money if you just put it online, so why does it need to be a museum?

Museums are used by societies to flag post what they deem important. Countries will have museums dedicated to important industries, art and history. If we want the gynaecological anatomy to be respected and loved, as a society, we need to make the statement that we value them.

Austerity and budget cuts in the UK disproportionately hurt women and marginalised communities. 72% of tax increases and benefit cuts from austerity measures directly impact upon women (Oxfam, 2013). 58% of LGBT spaces in London have closed since 2006 (Greater London Authority, 2017). A museum can provide resources such as space and awareness.

The Vagina Museum can support the industry by leading by example. Together (and with your support of our crowdfunder) we can build the world’s first bricks and mortar Vagina Museum, reclaiming both history and our bodies! 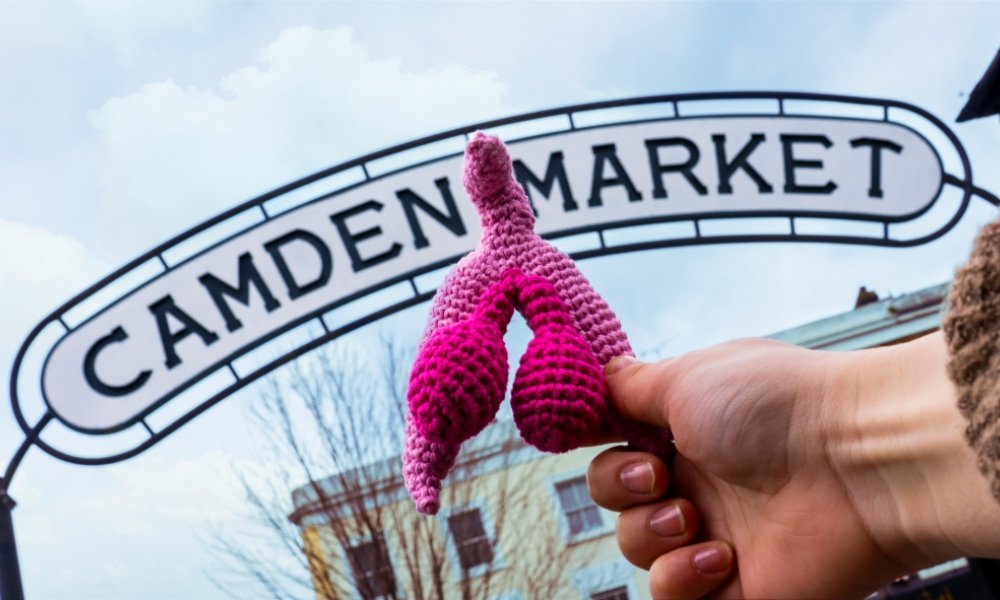 Camden has a proud and radical history of challenging prejudice and orthodoxy, however, we acknowledge that the stigma associated with talking about gynaecological health has meant ignorance, confusion, shame, and poor medical care for too many.

We are therefore incredibly excited that the Vagina Museum is seeking to establish in Camden, and hope that it is funded to provide an inclusive and intersectional centre for learning, creativity, activism, and outreach that will add immeasurably to our collective understanding of our bodies

The Vagina Museum project first launched in March 2017 and since then we have hosted two exhibitions – “Exhibitionist” about vagina art, and “Is Your Vagina Normal?” about health and anatomy.  The project started when I learnt there was a penis museum in Iceland but no equivalent anywhere in the world and wanted to change that. The Vagina Museum is dedicated to being gender inclusive and recognises that not all women have vaginas and not all people with vaginas are women. This will be the world’s first bricks and mortar Vagina Museum (as there is already a virtual one based in Austria).