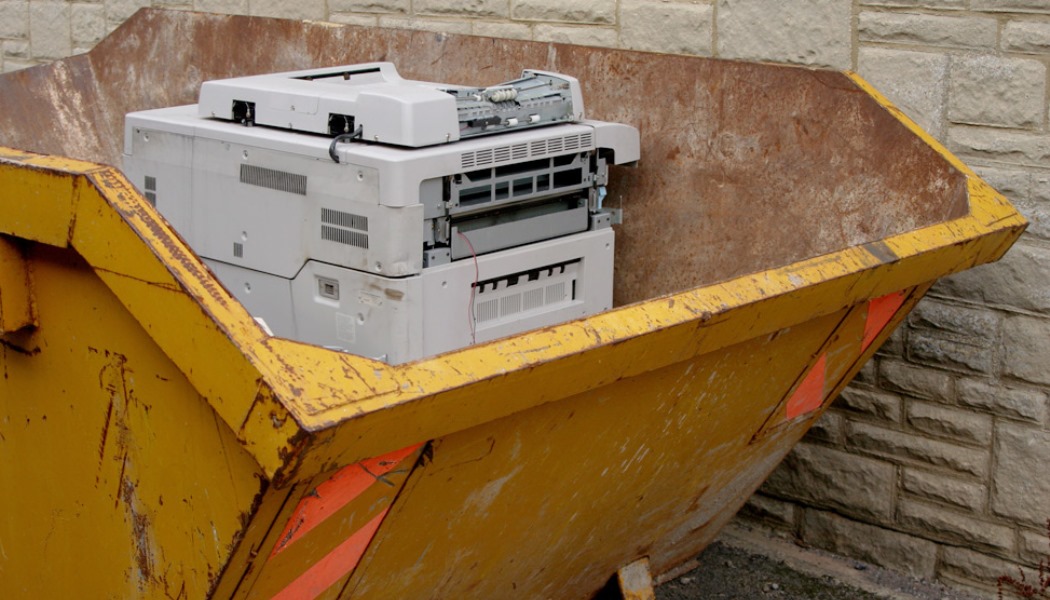 Digital scanners: Is it the end of an era for photocopiers in libraries?

As easy-to-use self-service scanners become commonplace in libraries across the country, the debate over the future of photocopiers is changing. Once, digital scanners were seen as a convenient supplemental service, while the multi-function copy machine was the temperamental workhorse of the library – but how does that reflect today?

Today, the momentum is shifting, and a growing number of librarians expect scanners to eventually replace copy machines. Why? Well, the world has changed a lot since Chester Carlson first used static electricity, light and dry powder to make the first copy in 1938. The library patron of 2016 wants to access information digitally and on the go, using laptops, tablets and smartphones. And modern libraries are increasingly concerned about saving paper, both to cut costs and to protect the environment.

The copy machine has tried to keep up with the trends, adding double-sided printing and scanning capabilities. But that’s also made it more complicated to use. Library staff are constantly asked for help making copies, clearing paper jams and changing toner. In contrast, self-service scanners like the Newly available Scannx Book ScanCentre offer an intuitive touch-screen interface that walks users through every step of the process, from cropping and scanning to saving the digital documents in a variety of formats and sending them via email, fax or directly to a smartphone or tablet.

There are still sceptics, who say the copier will never completely disappear because their patrons will always expect and need them. But libraries who have taken the plunge say they aren’t hearing any complaints.

The McClay Library at Queen’s University, for example, has been replacing their copiers with scanning kiosks. They wanted to have a facility which could scan materials (books) and manuscripts from Special Collections & Archives without impact on the materials themselves. A scanning kiosk was perfect for fragile books. It reduced the need for special Collections & archive staff to arrange copying etc … of materials which are not permitted to go for regular photocopying.

With proven exceptional ease of use and a low power consumption the self-service book scanner will help the Library to provide a dual benefit of promoting ease of access to information and reducing its carbon footprint. One Library user commented “Fantastic Machine! Saves on paper and ink, very silent (unlike photocopiers) allows students and researchers to have access to books that cannot be taken out of the library”

Over the years we have seen a wide range of clients take advantage of this leap forwards by allowing the public to digitise specialist material. Some installs of the equipment have seen huge throughputs such as Birmingham University Library generating an average of 1,800 scans per day and Plymouth University with 6,000 scans in half a term.

More and more libraries are updating their offerings to library users by updating equipment to the latest self-service kiosks such as the British Library, National Maritime Museum, National Library of Scotland, Met Office, National Library of Ireland and many more, all with different requirements and specifications but with one goal, to offer a better service and to preserve material.

At Genus we are always looking for ways to offer the latest and most cost effective imaging technology and with our recent launch of the Scannx Book ScanCentre to the UK this was no exception. This affordable, easy-to-use, self-service book scanner does it all and once more it won’t stretch the budget. With over 15 million pages scanned by Scannx® customers in the USA, Scannx has helped countless libraries take their book scanning service and library technology to the next level in cost-cutting efficiency and innovation. Now as the exclusive reseller, we are able to offer this package throughout the UK. With its user-friendly touchscreen interface; large, intuitive buttons; seamless document capture operations and multiple electronic delivery options such as google drive and smartphones, the Book ScanCentre improves the library experience for both library staff and its users.

The University of Washington, for example, has been steadily replacing their fleet of copiers with state-of-the-art self-service scanning kiosks since 2011. Motivated by a state mandate to reduce paper consumption and a University culture that embraces environmental sustainability, UW librarians and IT professionals are convinced that the future of educational research, collaboration, and information management was digital. A report by the University’s communications services division – called Dawg Prints – states that the “increasing availability of documents online, the ability to work on them electronically, and the convenience of storing and sharing them, have meant a reduced need in copying physical documents.”

A year into the programme, a survey of students revealed that 96 per cent of users said the scanners were easy to use and 70 per cent said they were a viable replacement for a traditional multi-function photocopier. One respondent called the Book ScanCentre “the single most useful piece of equipment in the library.” By the end of 2013, the University had completely switched the stand-alone copy machines in public areas for self-service scanners.

“By and large, the students find this to be one of the finest pieces of technology we’ve ever put in the library,” said Adam Hall, Manager of Operations for Reference & Research, “The day is going to come when we’re going to forget we ever had photocopiers.”

The next generation may not have to forget. High school librarians at Amador Valley High School in Pleasanton described how students would approach the copier with trepidation, unsure where to put the coins, or where the paper copy would come out. For today’s high school students, they said, copiers are as unfamiliar as mimeograph machines were to their parents’ generation. In contrast, they’ve grown up with smart phones and tablets, and touch-screen technology is second nature.

In 2013, when Amador Teacher-Librarian Erik Scherer saw how easily students embraced the Book ScanCenter, he removed the copier from the library. “It’s a technology that is not as engaging for students to use. The Scannx system allows them to scan and use the materials at home and in their preferred format.”

So maybe it’s not that the debate about copier-free libraries that’s changing. Maybe it’s the age of those discussing it. An older generation that grew up knowing the photocopy machine as the workhorse of the library is reluctant to see it put out to pasture. For the digital generation, the idea of paper trays, toner, and making hard copies of printed materials is already seeming quaint, and the next generation won’t even see it as a choice. As one Amador Valley High School student put it, “I’m sure my kids will be like, ‘What? You used paper?’

Genus would like to thank John C Dexter of Scannx USA for his collaboration on this piece.

Genus to hold its next workshop on digitisation