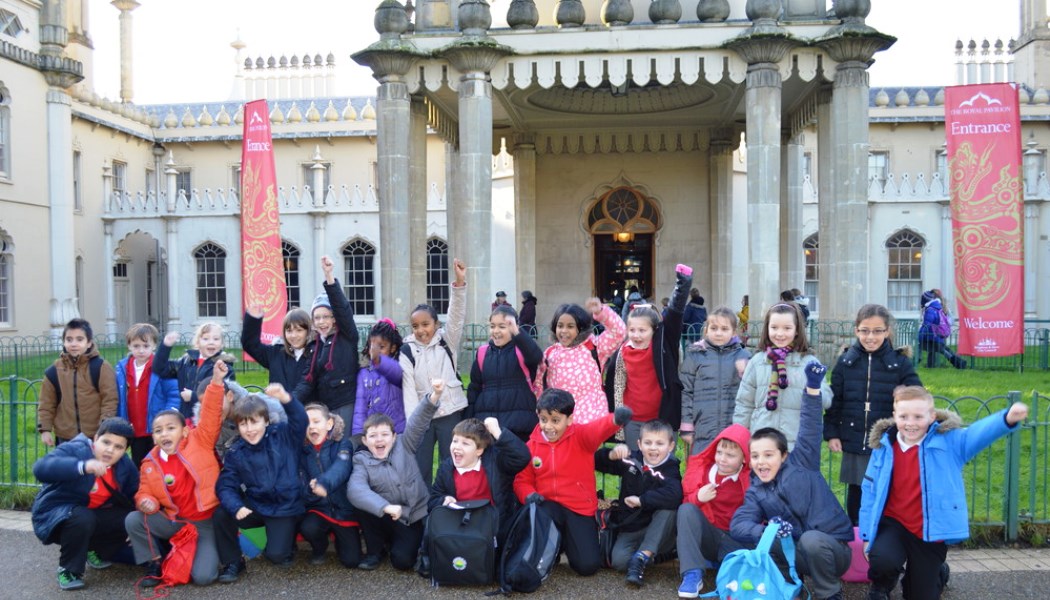 What I love about Heritage Learning is working with teachers and heritage partners to devise and deliver projects that use local heritage as a springboard for creative, cross-curricular learning.

I am an artist educator based in Brighton, and over the past three years have been involved in the city’s Heritage Learning flagship schools’ projects – most recently as a project manager. Heritage Learning is led by the city’s Royal Pavilion & Museums service and connects heritage organisations across Brighton & Hove, to offer schools a comprehensive choice of learning experiences.

Each year involves –four to six local primary schools and different heritage sites in the city and has its’ own theme: in 2013-14 for example we explored the work of JMW Turner, inspired by the city’s acquisition of Brighthelmston, Sussex c.1824.  The project included in-school watercolour masterclasses and a city-wide drawing expedition, including trips to the Royal Pavilion and Brighton Fishing Museum and a boat trip out between the piers. It culminated in a public exhibition of watercolours by more than 150 children, at Brighton Museum & Art Gallery. This project was really successful and set out the ‘magic formula’ for future flagships. 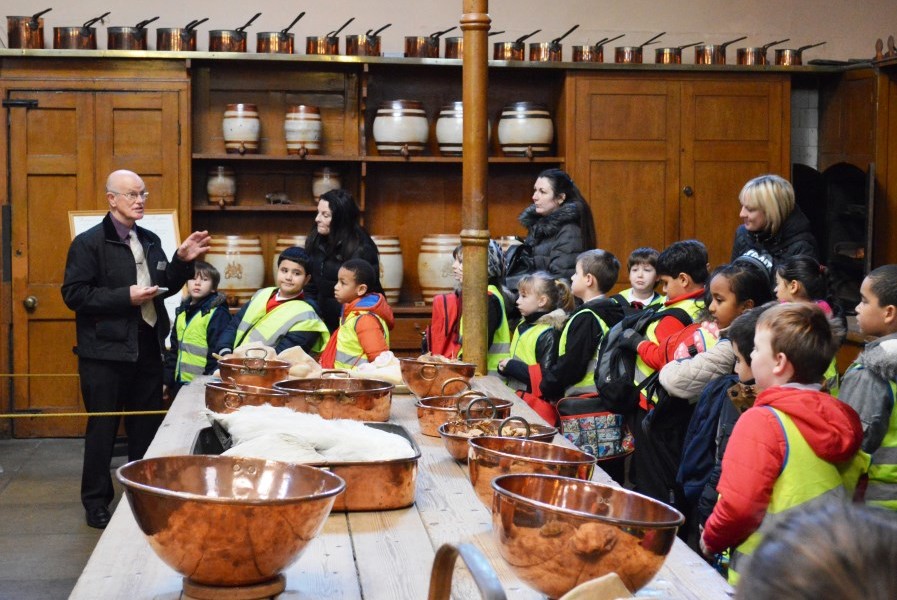 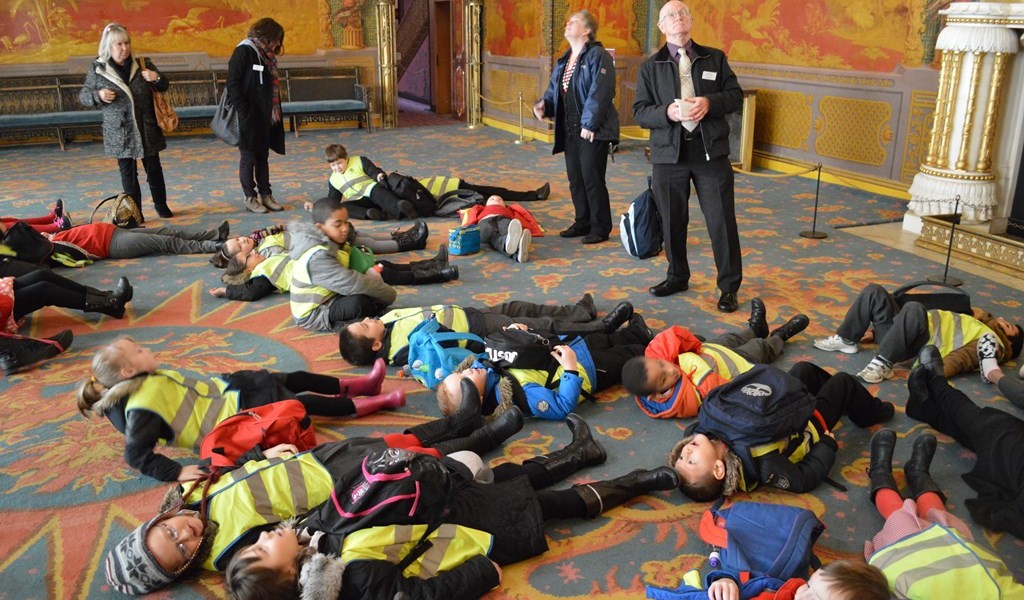 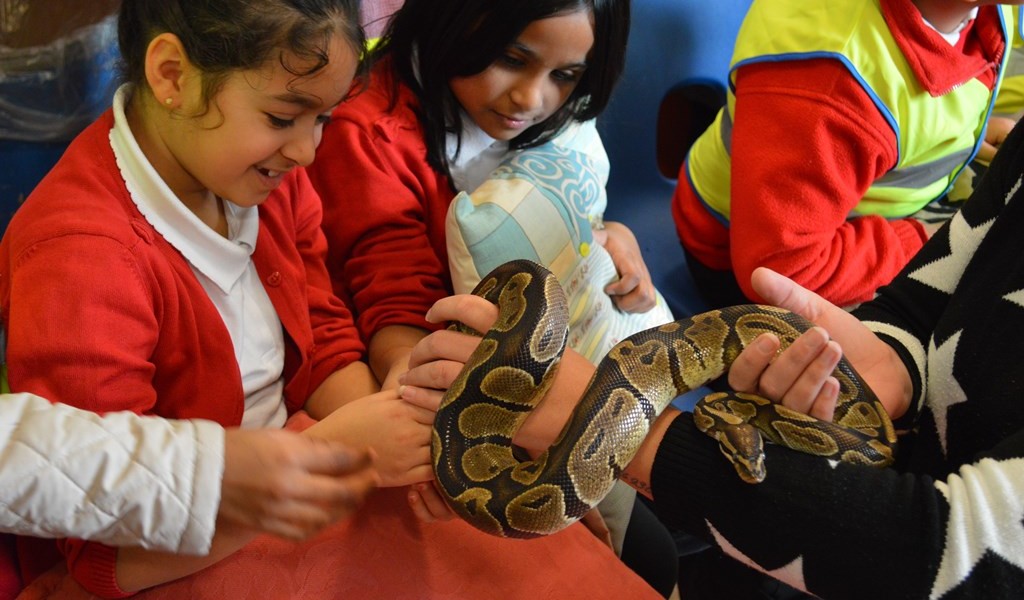 This year, it’s all been about dragons. The theme was identified and developed by our teacher focus group and the amazing team of volunteers that make each project possible. We have found that this teacher-led approach enables participating teachers to more effectively embed the project and its theme into their planning.

In January 2016, Hangleton Primary School, Stanford Junior School, West Blatchington Primary School and St Peter’s Community Primary School set out to solve the mystery of whether a dragon actually lived in the Royal Pavilion.  Their adventure started with a magical mystery tour to the Royal Pavilion, guided by museum staff and an infamous ‘dragon whisperer’. The Royal Pavilion’s interiors are a world-renowned example of Chinoiserie, a 19th century European imitation of ‘Oriental’ style, and with dragons considered a good omen in Chinese mythology almost every room’s decor includes a dragon of some kind. Children at the Royal Alexandra Children’s Hospital also took part, viewing their own Royal Pavilion ‘magical mystery tour’ film in the hospital.

The participants then went to Brighton Museum & Art Gallery where they met Lindsay Cross and snakes, chickens and bearded dragons from her Animal School.

Next, dragon footprints and the distant sound of snores led them to the basement of Brighton Police Cells Museum, where a dragon’s den was discovered. Its nest of eggs revealed the children’s creative challenge – each group was to make a gift for the dragon.

On Friday 18 March the project culminated when more than 100 of the participating children visited Brighton Museum’s new interactive space – the Museum Lab. They were there to celebrate becoming fully qualified ‘Dragon Experts’ and see a showcase of the gifts made by themselves and their peers, including a silk, hand-painted blanket, a set of dragon animations, moving toys and puppets, creative writing, a dragon family album and dragon drawings and paintings.

While other members of the project team handed out certificates of achievement, Dragon Expert business cards, snakes, bearded dragons and dinosaur bones, my role was to collect some feedback. Using emoticons, scorecards and audio recordings I asked the children what they thought about their dragon-themed learning journey, and their responses were overwhelmingly positive. The Animal School was certainly popular among the crowd but all areas of the project got a mention.

Some of my favourite quotes were:

“I liked the Police Cells because there was lots of exploring”

Over all the children reported having lots of new experiences and learning a lot of new things, including how to deal with occasional challenges in collaborating with other team-members.

Each Heritage Learning project is made possible by the incredible commitment and expertise of the staff, volunteers and teachers involved, and I can’t wait to hear what their ideas are for next year.

The children’s gifts are now displayed alongside Royal Pavilion & Museums collection items in the Museum Lab, and were on show as part of the Dinosaurs and Dragons programme throughout the Easter school holiday – do go and have a look if you’re in town!