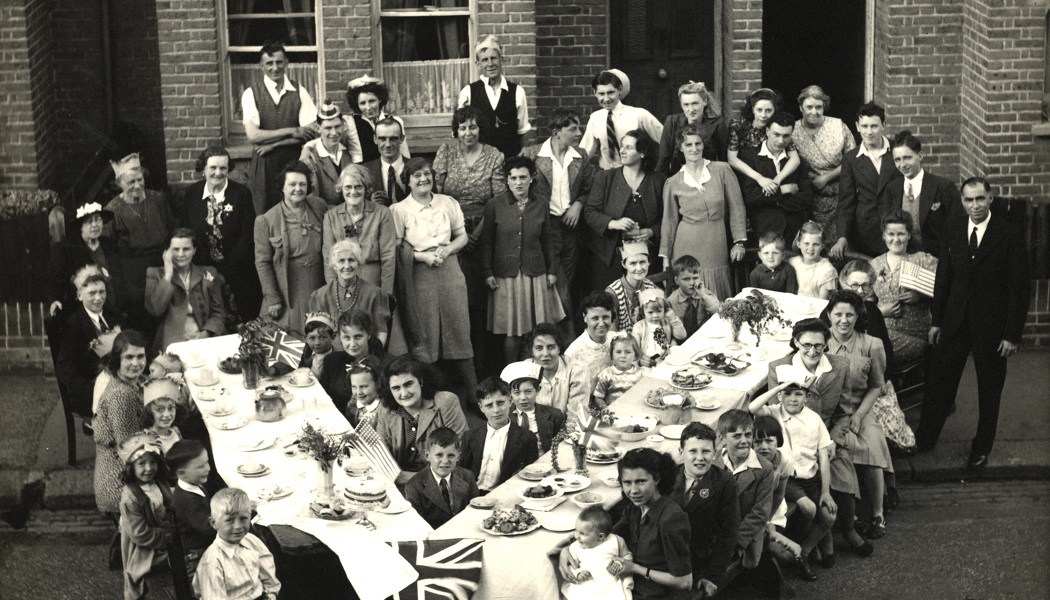 Headstone Manor & Museum’s collections & exhibitions officer, Stacey Anne Bagdi, discusses the institution’s plans to mark VE Day and the heightened relevance of the commemorations at a time of national and global crisis.

On the 4th of April 1939, Harrow Council appointed an Emergency Committee to manage the onset of hostilities from Germany and the effects of it on the home front. When the Committee was first formed, no-one could predict how long they would be in position for, and the true scale of devastation the war was going to have on Harrow and its people. It was hard to foresee the future of Britain, never mind celebrate any sort of victory.

Fast forward 81 years on the same date, Britain faces a different type of enemy, an invisible one. This is a global pandemic unprecedented in modern times, with some equating the scale and realities of effects to that of World War Two.

The “Coronavirus disease (COVID-19) is an infectious disease caused by a newly discovered Coronavirus” currently affecting every major region across the globe, with over 2,074,529 confirmed cases. Harrow is feeling the strain of the virus on its people. However, as we stand on our doorsteps every Thursday and ‘Clap for Our Carers’ and paint rainbows and messages of hope, we are reminded that a day will come when we emerge as a stronger nation, in Victory, just as we did in 1945.

On the evening of 7 May 1945, the nation tuned in to the announcement that war was over in Europe as the BBC interrupted its usual schedule to announce the next two days would be public holidays. The first of these, 8th May 1945, is now marked as V-E Day. Crowds of people gathered outside Buckingham Palace, whilst others gathered on their streets celebrating Britain’s Victory.

This was a chance for neighbours, family, and friends to get together and rejoice. It also allowed people to reflect and remember those who served, those who lost their lives and realise the full impact the war had on the country. Moreover, it gave an opportunity to remember those who were still fighting the war in Japan where victory was not achieved until 15 August 1945.

In Harrow, a separate Victory Celebrations Committee in the Council was formed. Celebrations in Harrow in 1945 were recorded in the Villager, a publication produced by the Pinner Association. “The Council’s Victory Celebrations held in Headstone Manor Recreation Ground on the second day of the V.J holiday had to be prepared at very short notice and produced an enormous bonfire as the main attraction,” it read.

This celebration was also noted by local writer, George Beardmore: “Today, one of the best days of a rich summer…a victory celebration in Headstone Park with Home Guard explosives and Fire Guard incendiaries for fireworks.”

The Villager goes on to describe the atmosphere in Pinner, Harrow: “An Oasis of light and colour, amplified by the surrounding darkness brought a touch of fairyland to the top end of the High Street during V-E Day celebrations. The floodlighting of the Church and the flags suspended across the road, with coloured lights on the neighbouring buildings to add to the gaiety of the scene, provided as delightful a spectacle as any to be seen those nights.”

In Kenton, the Open Spaces committee in the Council organised a circus at Kenton Recreation Ground from 7th to 12th May 1945.

Harrow Council’s main celebrations, however, were organised for 1946, spending the equivalent to £105,692.09 today. Planned activities included midnight entertainments at Odeon Cinemas in South Harrow, Kenton, Wealdstone, and Rayners Lane, and at the Dominion Cinema, Harrow and the Embassy Cinema, North Harrow. A number of ‘Old People’s Tea Parties’ were organised across Harrow, serving 1,888 teas in total.

A larger sports and entertainment event took place at Headstone Manor Recreation Ground from 8th to the 10th June, with activities including Punch and Judy shows and Open-Air Dancing. Other events in Harrow were also organised and supported by the Council, including those organised by Wartime Nurseries, Public Health Department, Pinner Green Social Club, Harrow Friendship Club, Wealdstone Brotherhood and Sisterhood, Belmont Road Social and Welfare Committee.

This year marks the 75th anniversary of V-E Day & V-J Day and to commemorate this the May bank holiday was moved to 8th May to coincide with the celebrations planned by the Government.

At the Headstone Manor & Museum, we decided to launch a V-E Day in Harrow project and an exhibition on the same day. The Museum also planned a large-scale public commemorative event with music, activities, and performances – an enhanced version of our annual May Day celebrations.

As the museum curator, I started to prepare for the exhibition with a call-out to the people of Harrow for photographs, memories, objects, and ephemera relating to Victory Days in Harrow. As a team we also organised a series of collection roadshows in libraries around the Borough, reaching out to our audience face-to-face. We also began an oral history project with supported training from The Oral History Society, and through this, we conducted nine new oral history interviews from members of our community.

From the success of our roadshows and the call out, we have collected an additional 11 new written memories and 14 new V-E Day images. In order to display these new memories, we commissioned a London based film editor to create a film and commemorative book to display in the exhibition.

In addition to the contributions from the Harrow community, we also approached Harrow’s cultural institutions – including The William Heath Robinson Museum, The Old Speech Room Gallery and Harrow School Archive – which have loaned us an additional 21 images from their collections for the exhibition.

These images include Sir Winston Churchill at Harrow School during the war years and illustrations by William Heath Robinson depicting scenes of “How to Build a New World”, highlighting post-war effects on Britain. We also received support from local historical societies including The Pinner Association, The Pinner Local History Society, and our own Friends of Harrow Museum.

The exhibition at Headstone Manor & Museum, titled ‘Peace at Last: Victory Days in Harrow’ aims to highlights aspects of a post-war Britain in localised areas like Harrow. Using memories from those who experienced it in Harrow, or those who moved into Harrow after 1945, the exhibition will allow us to create a window into the past through the interpretation process of storytelling.

Visitors will be able to listen to sounds of the time and memories from the people of Harrow on our digital touchscreen. There will be objects displayed, drawn from our own collections, as well as archival materials from The Harrow Local History Collection & Archive. It will serve as a platform to reflect on those who are served in WWII and those who are serving now for their country, no matter where in the world that may be.

Due to the current Coronavirus situation, all planned V-E Day events, including the exhibition, have been postponed across the nation by the Department of Digital, Culture, Media & Sport. Therefore, the exhibition has been pushed back to open on Tuesday, 21 July 2020, although this date is still under review in line with Government guidelines and assessments of the pandemic.

To mark the 75th Anniversary on 8 May 2020, we will take our commemorative efforts online by sharing some of our recently collected memories, our Victory Day images and objects, and we will release the trailer and preview of our commissioned film and book. This will be available on our social media channels and website.

This year’s celebration is even more poignant due to the global situation and here in Harrow we hope to be a beacon of hope for our residents and share our messages of support, good health, and wellbeing across the nation. Much as Britain looked to the future in the post-war years so will we look to the future as we overcome our current challenge.