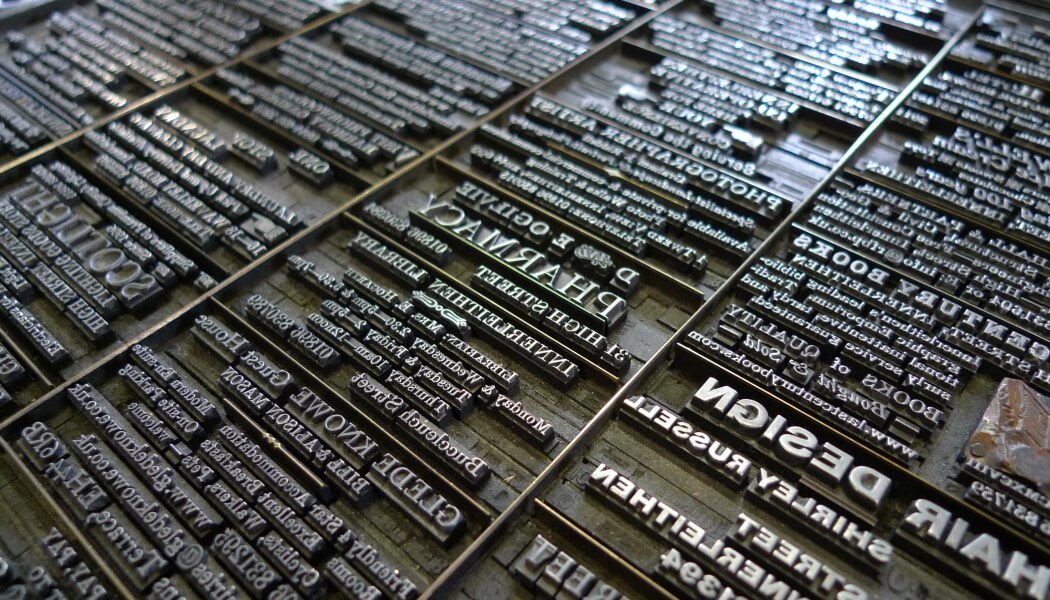 Luddite? who are you calling a luddite? – Digital technology and me

I step out of the Tardis. (A clever bit of kit if ever there was one – but sadly not real.) The year is 1812. I’m in a Northern textile mill. But right now, it’s not producing textiles – it’s full of very angry workers wielding iron bars and hammers, which they are using to smash up the mill machinery.

In mills like this all over Nottinghamshire, West Yorkshire and Lancashire, desperate textile workers are rebelling against poor conditions. Their grievances are directed against factory owners who want to introduce new machinery to the textile mills: machines that will ultimately do away with much of the skilled manual work that earns these workers their wages. Seeing them as the reason for the decline in their livelihoods, the rebels are therefore targeting the new machines.

The rebel workers are known as the ‘Luddites’. They’re in no mood to chat so, dodging a few flying lump hammers, I beat a hasty retreat back to the Tardis.

Fast forward to the 21st century and the Luddite name lives on as part of our language. A term of abuse directed at those who choose to reject a new piece of technology. I sometimes get called a ‘Luddite’ for not wholeheartedly embracing new digital technology, such as social media. But am I really a Luddite? And, if I am, is it really such a bad thing to be?

One foot in the past

I was a BA graphic design student in the early 80s. (Ha ha – very funny, yes, I do mean the 1980s!) And, at a time when most other art schools were ditching the old metal typesetting technology in favour of computer typesetting – which was just coming into general use – my art school, Bath Academy, was one of the last to retain its (metal) type studio.

So, as an undergraduate, I learnt how to set type the way it had been done since Johannes Gutenberg first used his innovative ‘movable lead type’ printing process in 1450. Gutenberg created his type pieces from an alloy of lead, tin, and antimony – and, can you believe, these very materials remained standard for 550 years!!

I feel lucky to have had this (literally) hands-on experience of a ‘dying’ technology. I like having one foot in the past and one in the present, even if only because I think it makes me less likely to take technological advances for granted. Oh yes, don’t get me wrong – it wasn’t all great in the 80s. (Yes – that’s the nineteen 80s.) I’m not all misty-eyed about the past. Well, not all of it. I remember that it used to take half a day to reverse out a section of text using a line camera (a what?) and ‘lith film’! Today, it takes a fraction of a second.

Nevertheless, in a way I pity the generations of design students after mine, like those two in the computer design suite. Most have never held a piece of metal type and they can’t possibly appreciate the historical relevance of all the funny little archaic things that have been inherited from the old, ‘analogue’ technology by its digital successor. Not just ‘leading’, but also font ‘point’ sizes: 6, 8, 10, 12, 14, 16, 28, 20, 24, and so on. Why even have these today when digital type is, technically, infinitely scaleable? Why not use millimetres instead?

Similarly, have you ever asked yourself why digital devices still use archaic, ‘analogue’ objects as symbols in their operating systems’ and programs’ graphical interfaces? For example, the cog symbol, which now universally denotes ‘tools’; the scissors for ‘cut’ and the brush for ‘paint’; and the waste paper bin (complete with realistic paper-scrunching noise in the case of the Mac) for deleting files.

We don’t really need to use these symbols. There are no cogs, scissors or paintbrushes in a computer and deleting a digital file is really nothing like screwing up a piece of paper and throwing it in the bin. Could it be that, deep down, we humans are still yearning to get our hands on some real tools, to learn a real trade or craft – as our ancestors all did not so very long ago? Like the real Luddites, in fact?

Back in 2017, for some people at least, things have certainly come full circle and they are rejecting digital in favour of ‘analogue’: real hands-on, physical interactions with objects in the worlds of work and play. Sales of vinyl LPs are now at an all-time high since 1988; analogue photography is again becoming popular (I’m glad I kept my old Nikon SLRs – I so nearly didn’t) and it doesn’t look as if e-books will replace printed paper books after all. And, in the world of heritage interpretation, interactive apps haven’t replaced the humble panel – because, let’s face it, the panel still has many advantages over an app and probably always will.

One foot in the present

Early uses of the new digital technology in interpretation were often less than impressive. In fact, it was once pretty easy to find the computer interactives in a museum – you just looked for the ‘out of order’ signs! And, in the early days, people were so wowed by the new technology’s bells and whistles that it was quite possible to overlook shortcomings in content. But things have come a long way since then.

My moment of ‘Damascene’ conversion was when I used my first digital audio trail ‘wand’ at an attraction (Battle Abbey, 2004). Audio wands had been around for a while, but I had been deeply suspicious of such things up until then: I thought they tended to detract from the actual experience of being in a place. However, as I walked round the trail listening to the recordings, I had to admit that the various different characters (male and female, rich and poor, Saxon and Norman) told the horrific story of the Battle of Hastings on a much more individual, human level – one that you could really relate to. 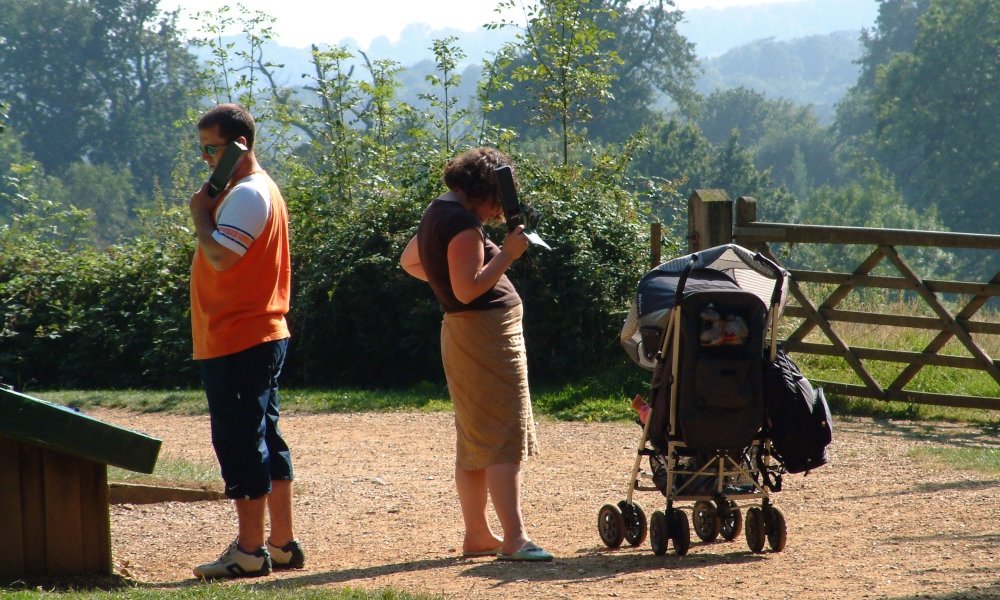 At first, I was also very dismissive of interactive apps for ‘smart’ mobile devices. There was a time when it seemed as if they were all the ‘online interpretation community’ could talk about. But eventually, I decided that this new technology wasn’t going to go away and thought I’d better acquaint myself with it. So I bought myself a small tablet PC and volunteered to devise and produce a local woodland heritage trail that was to be delivered by an app. (This also introduced me to digital sound recording and editing – which I really loved!)

Nowadays, online media really are a gift for the heritage attraction market. For example, suggestions – where to visit next etc. – can be specifically tailored to an individuals’ known characteristics and preferences (via location, cookies and their browser history). This kind of ‘Supermarket Loyalty Card’ data-gathering has, of course, been around for a while.

The digital revolution has also transformed printed media. Digital print now makes it possible to produce a ‘trial’ leaflet or panel cheaply. And, unlike in the ‘old days’, you don’t have to commit to boxes and boxes of a printed leaflet to bring the unit cost down. Digital print should, in theory, make it easier and cheaper to constantly evaluate and review your publications.

However, I reserve the right to cherry-pick any new technology that comes along. I refuse to look at emails on my smartphone, as they’re much better read on a full-size computer screen. Though I’m sure they have their uses, I don’t personally use social media: life is already quite short enough, thank you. From observations I’ve made of others using it, I’m sure I’d find it ‘addictive’: Facebook’s like smoking – I’m just glad I never started!

Writing in the AHI Journal in 2008, Bob Jones said that in rushing to embrace the latest emerging media “because it seems so exciting, so enticing… because we can,” interpreters were failing their audiences. “We had lost touch with reality, we had lost touch with our senses.”

He further believed that: “the shotgun marriage of technology and interpretation is in fact abhorrent. Technology… sucks the very soul out of experience.”

Maybe that’s a bit strong – but he did have a point. Rather than getting in the way of – or worse still, replacing – our direct (and often shared) experience of a place or object, digital interpretation should merely enhance it – from the sidelines, as it were. My hope is that, as the technology continues to develop, the digital gadgetry will become more sophisticated – and therefore less intrusive.

Which leads me to my final big moan about new technology: it can prevent us from interacting with the actual, physical world to the extent that it can sometimes even prevent us from MOVING! We know all about the dangers of a sedentary existence. In fact, the act of sitting still is now thought to be so harmful that it’s been called “the new smoking”!

Several years ago, I worked in a large, airy open-plan office. We’d just had a new digital copier-printer installed and the supplier sent out a demonstrator to help us make the most of all its ‘functions’. Some of the innovations were actually quite sensible. But then the demonstrator started telling us about a handy feature that enabled you to save up all your printing jobs so that they could all be collected together at the end of the working day. “That way you don’t have to keep getting up off your chair and walking over to the copier,” she gushed.

Needless to say, it wasn’t a function I ever used. But at least I didn’t attack the new photocopier with a lump hammer… Maybe I’m not a true Luddite after all!