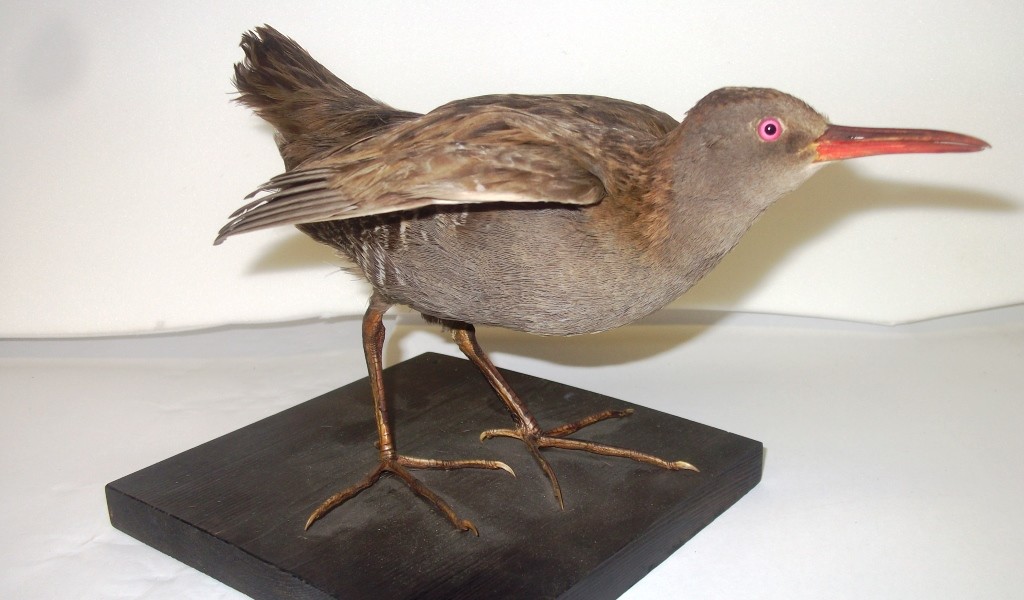 Managing natural collections from asbestos to radioactive minerals and cannabis to bird eggs – what do I need to know?

Natural history collections include an enormous variety of specimens from bright green radioactive minerals to taxidermy mounts of rare species. There are laws and legislation that museums need to be aware of to help care for these rare or hazardous collections and here Jan Freedman offers a brief guide, inspired by a recent NatSCA seminar

Legislation links, contacts and useful information can be found at the end of this blog

It can be daunting to know what’s what and how it is relevant to you and your collections, especially when these things were not really written with museum collections in mind. Fortunately, a recent seminar hosted by the Natural Sciences Collections Association (NatSCA) jointly with a South West skill sharing project funded by the John Ellerman Foundation, covered the key legal areas that affect natural history collections.

Radioactive minerals (and sometimes even radioactive rocks and fossils) may put fear into managers’ hearts. Essentially, the Ionising Radiations Regulations 1999 (IRR99) understands that some things are naturally radioactive: so the focus is on minimising the risk to as low as is reasonably practical. If you have radioactive specimens, you will need a Radiation Protection Advisor. They will assess your collections (even go through with a Geiger counter) and make recommendations to make sure the space is kept safe for staff and visitors. There is a good paper published by NatSCA about caring for radioactive minerals, with some really useful information about legislation. 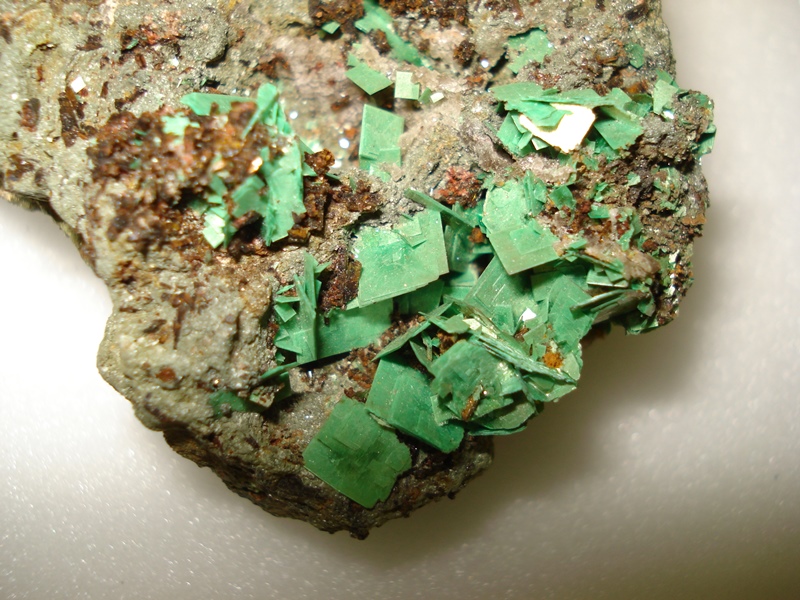 Asbestos is a naturally occurring mineral, and many geological (and social history) collections will have asbestiform minerals. Minerals should be labelled clearly, but can be identified by seeing fine fibres. The Control of Asbestos Regulations 2012 provides details on how asbestos should be managed.  If you have an asbestos specimen in your collection, you cannot move it, even to another shelf. Any unsealed specimen has to be sealed by a specialist asbestos licenced contractor (a list of contractors is on the HSE website).

Many museum social history collections may hold old medical collections, and some herbarium collections may have historic cannabis specimens. The Misuse of Drugs Act 1971 states that an institution needs a licence to hold drugs in their collections. There is a fee for a licence (around £3000) and then a rolling on ‘admin’ fee of £500 per year, which for museums that are open forever is a lot of money. NatSCA are currently in discussion with the Home Office about extending the licensing period for Accredited museums to reduce this cost. Unfortunately, a museum cannot transfer a specimen to another museum: this would be drug trafficking.

Today, with our focus on Integrated Pest Management it may seem rather strange to talk about pesticides in collections. Sadly in the past, any old thing was used: arsenic, DDT, sodium fluoride, and a whole list of other unmanageable names have all been used to treat natural history specimens to stop them from being eaten by little mini-beasts. The 1986 Food and Environment Protection Act includes The Control of Pesticides Regulations, which includes a list of registered products,  while unlisted substances are banned (including arsenic, Vapona strips and lots more). If you are treating an object, make sure the product is from a legitimate museum conservation site to avoid problems from additives that may harm collections. 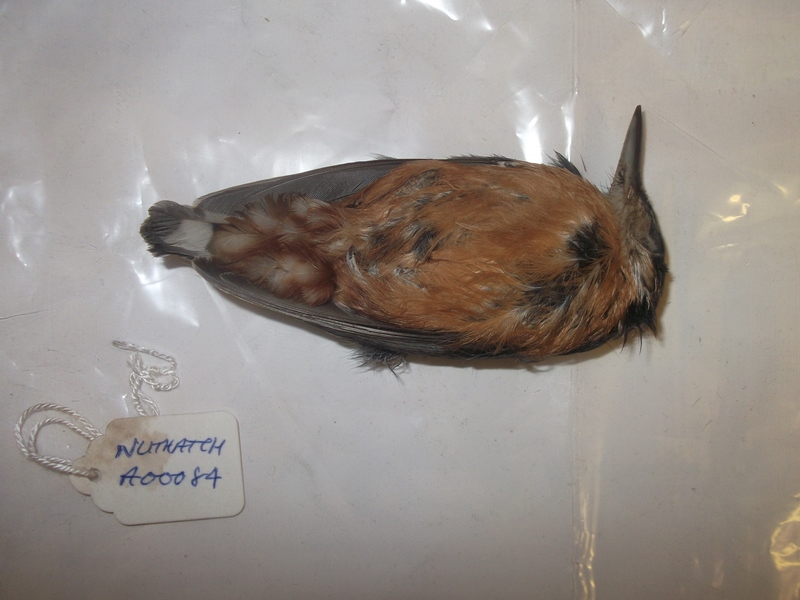 A nuthatch in the carcass freezer. People regularly bring in dead animals they find. These can be added to the collection as taxidermy or skeletal specimens. Image © Plymouth City Museum and Art Gallery

At least once a month someone will bring in a dead bird that they have found on the side of the road. This is fantastic for natural history because it is adding free specimens to the collections, with modern data. As a result of the EU Habitat Directive, we need to be aware that we will need a licence for some species that have been donated since 1994. (The list of species can be seen here.) The licence is free and is a simple form to fill out. Curators are recommended to keep a spreadsheet of species that are donated as carcasses and send an annual update to Natural England. One licence will cover all the specimens.

Under the Protection of Birds Act 1954, it became illegal to collect British wild bird eggs, and with the Wildlife and Countryside Act 1981 illegal to possess wild bird eggs taken since 1981. In 2004 there was an amendment to the Wildlife and Countryside Act that shifted the date for illegal possession from 1981 to 1954, creating a problem for museum staff: what to do about eggs collected in the time between 1954 and 1981? Recent consultation with Natural England has resulted in a reversion to the 1981 cut-off date by the government, providing more clarity. It is now okay for the museum to hold eggs legally collected before 1981. If there are eggs that have been donated to the museum collected after 1981, then the museum can apply for a licence to hold them from Natural England. (The local Wildlife Liaison Officer will need to be notified and the details of the donor given, because collecting them is still illegal.) 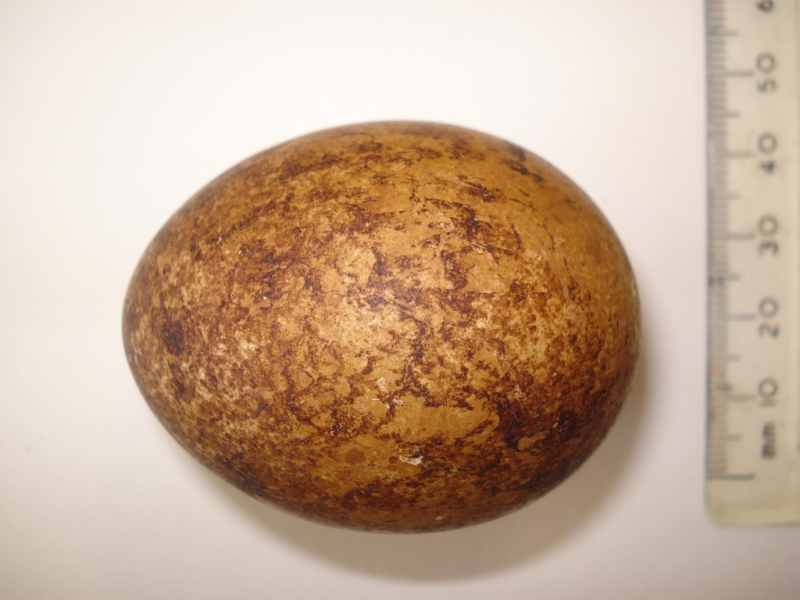 A birds egg from 1899. These collections can tell us a lot about historic distribution of species, and (famously) tell us about any environmental impact on species. Image © Plymouth City Museum and Art Gallery

Around the world, species are being transported, poached, and killed at an alarming rate. In 1973, the Convention on International Trade in Endangered Species of Wild Fauna and Flora (CITES) was set up to help protect species. There are over 140 countries that have signed up to the agreement to help fight trafficking of endangered species and monitor wild populations. There are three lists provided: Annex I (species highly threatened by trade); Annex II (species not necessarily endangered but regulated); Annex III (species subject to control within on party). (If you type in the species name here the result will come up with what Appendix your species is in). For museums, any species listed on Annex I is important. If this specimen is on display and the museum charges, you will need an Article 10 certificate. If your museum doesn’t charge, but you are having a changeable event and the specimen is key to the event (a bat at a Halloween event for example), you will need an Article 10 certificate. (If you have more than twenty specimens which needs a certificate, you can apply for an Article 60 certificate.) If your museum doesn’t charge for anything, then you don’t need a certificate.

Many of the larger museums still carry out collecting from countries all over the world. The Nagoya Protocol was recently set up to enable access to these collections and benefit sharing with the source country. With the advances of gene technology and uses of plant and animal genes, the Nagoya Protocol ensures that the country where the collection originated from receives  benefits from research (such as a share in the profits of a commercial product arising). The Nagoya Protocol really ensures best practice for international collecting and it falls to museums to make sure that they follow the appropriate due diligence when acquiring new specimens from overseas, to ensure collecting permits and agreements of use are all in order and properly recorded with specimens

Many museums will hold some human remains, and they do need to be treated with sensitivity. The Human Tissue Act 2004 covers any human material including human cells, fingernails, hair, bones, and skin. (The Act does not include material collected by living people: fingernails or hair. The appropriate documentation would be needed for any material from living people, such as consent.) Collections which are more than 100 years old do not require certificates from the Human Tissue Authority, who also provide guidelines on ethical display of human remains. A license is needed for display and other scheduled uses, but simply holding human remains in storage (without use in research or for display) is not a scheduled use and does not require a license.

This write up is a summary of talks from the Natural Science Collections and the Law seminar. If you are unsure about any area of your collection, please get in touch with NatSCA for advice.

How to find a Radiation Protection Advisor

The Control of Asbestos Regulations 2012

The 1986 Food and Environment Protection Act

The Control of Pesticides Regulations

List of threatened UK species can be seen here.

The form to fill out for a license for new UK species if listed.

The Protection of Birds Act 1954

The Wildlife and Countryside Act 1981

Consultation with Natural England has resulted in a reversion to the 1981 cut-off date  – it is now okay for the museum to hold eggs legally collected before 1981.

See if a species is listed on CITES