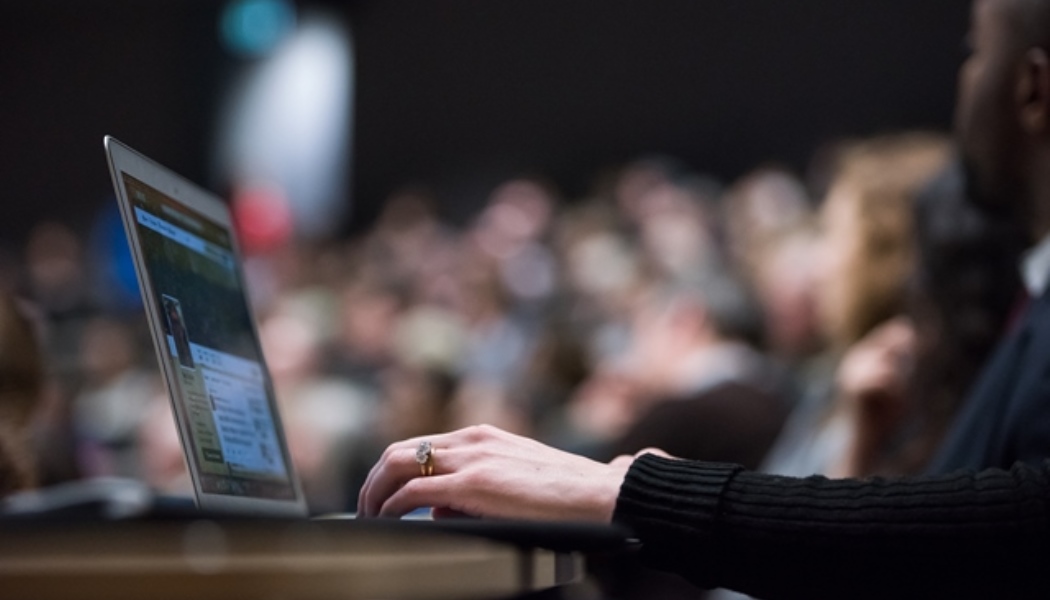 Business Manager for The Oxford Research Centre in the Humanities

When The Oxford Research Centre in the Humanities (TORCH) launched its Humanities and the Digital Age series last month it opened with a discussion about the digital world and its effect on museums. Here Victoria McGuinness reports back on the intricacies of the argument made by cultural leaders

Museums by their very nature are defined by their history and their perception as being everlasting. As museological theories and studies have developed and increased over the past decades, so has the recognition and understanding that these organisations should continue to be relevant to society and the multi-disciplinary environment in which they exist.

The increasing interlaced existence of digital applications in our everyday lives makes us all more accustomed to digital, not as an alternative, but as the norm. Digital and increasing accessibility naturally go hand in hand, and so its use and relevance in museums is even more important to emphasise. This does, however, bring increased financial pressure on non-profit organisations to follow the pace of their external environment and museums are expected to look not only at their physical offer on site, but also their online and interactive offer through digital. Each generation is becoming more ‘digitally native’, as Dame Lynne Brindley, Master of Pembroke College in Oxford and former Chief Executive of the British Library, stated at a recent interdisciplinary event by The Oxford Research Centre in the Humanities (TORCH). The fact then remains that humans are used to interacting with digital developments as they are released, and the concern increases that we become more ‘distracted’ by digital formats and that children may never know what it is to hold a real book in their hands.

The question for this TORCH event, which is shared by many museums, was ‘what does it mean to be human in the digital age?’ Professor Emma Smith, Professor of Shakespeare Studies, University of Oxford emphasised the human element of memory and forgetting, as well as ‘tactical forgetting’. An audience’s experience and memory of a theatre performance is multi-sensory, while watching a recording is felt quite differently, and you could even do the washing up while watching it. Human inconsistency and choice, interpretation and memory selection is what makes us human. And, equally, displays in museums are curated, designed and interpreted.

Similarly, Diane Lees, Director-General for the Imperial War Museums (pictured below) focussed her response on the collective archival memory that the IWM represents, collects and preserves. By crowdsourcing and recording oral histories, the Museums are increasing their digital collections and, ultimately, human experiences for future generations. Digital is being used to make humans feel more human. 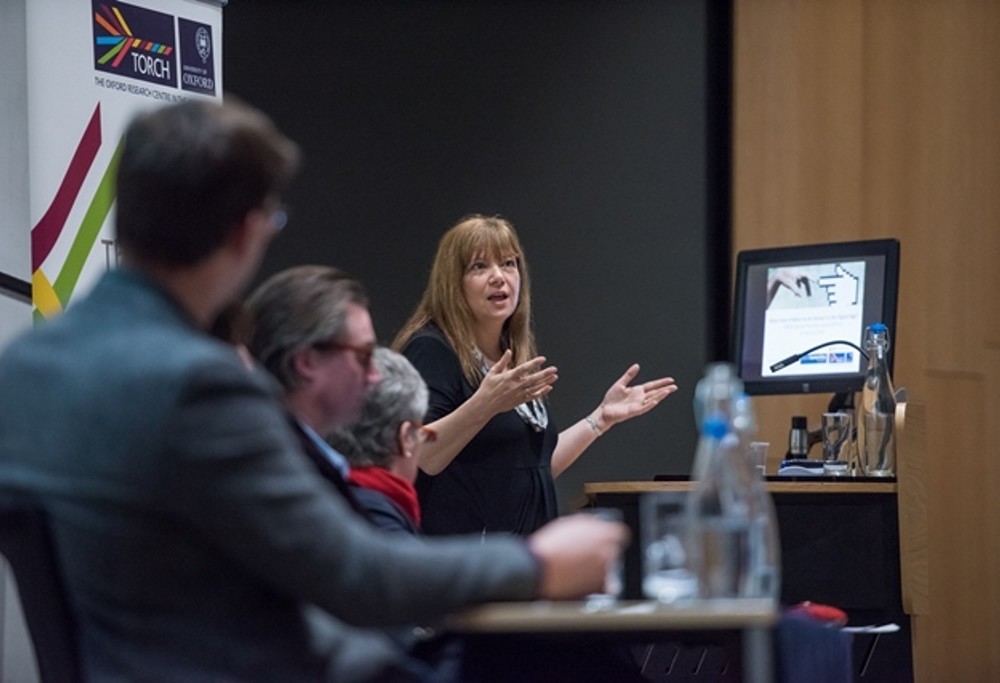 An important consideration is what is the unique selling point of most museums and galleries – can digital completely replace objects? Most would agree it cannot and museums have a much wider appeal that can be enhanced through digital, but never replaced. But as software and hardware becomes cheaper and more accessible, it becomes a much more viable and natural option for museums to use within exhibition design and interpretation. Like museum objects, the main point to remember is that, like us as human beings, we are the original. Dr Tom Chatfield, author of ‘Surviving in the Digital Age’, remarked that humans should not consider themselves unique, but rather the original from which digital has come. Humans find this a challenge as we struggle to believe that our thoughts and ideas are not unique. Museums themselves show this already, as we walk around galleries showing the commonality of humans in the past and the needs we have today. We like to think how different we are, but history – to a certain extent – does repeat itself. Like industrialisation, the digital age brings with it bonuses, but there will be casualties.

Dr Chris Fletcher (Keeper of Special Collections at the Bodleian Library) explored the many ways in which the Bodleian Library embraces digital formats and scholarship, and they are in fact training the digital archivists of tomorrow – but was keen to highlight that the ‘delete’ button is very important sometimes. Many may feel that the digital age could be the end of human civilisation as we know it – particularly how people read and research books. Will it be that not only our jobs are replaced through automation, but museums themselves become physical cabinets of ‘when we used things’?

Organisations going through change usually appoint a post which is entitled with the issue that they have been brought in to tackle. For example: ‘Head of Digital Marketing’, ‘Change Manager’. What we need is to look at how these aspects become more in-built into the culture and business as usual, rather than something that happens and then stops. Many non-profit organisations are becoming more digital, like Cancer Research, for example, who now focus much more on digital fundraising by using social media and online fundraising platforms. Their Head of Digital, Michael Docherty, stated that digital is standard practice to the way they operate now, and they are preparing for the next leaps in the future to support that.

With increasing pressures from funding sources for museums, there is an expectation to supply more with less and find more diverse sources of funds. Many are turning to digital means to ensure that the collections are accessible, but this in its self brings about issues of financing such projects so that it is useful enough to the viewer. How can you make a 3D object accessible online? What do you do when your 3D objects in a collection come to over 100,000 – how do you know what they want to see within it? Again, it is about curation and interpretation.

The digital age is here, and it will create new entities we have not even begun to comprehend yet. It will establish new digital methodologies to replace how we do things now, but we will still have those ‘objects’ from the beginning of the human age. Whether digital or physical, we pick and choose what is useful to us and leave the rest. Perhaps it is best that we recognise we have been on an ever increasing journey since humans began communicating. Like a baton, we pass on the digital developments of previous generations to the next, and so the journey continues. But will it end? Who knows. But what we know is that humans are the creators, the developers and the users. Ultimately, we are the king and the slave to digital. Is this too much of a price to pay?