Our journey down the coast of New South Wales was a little hurried through the seaside towns of Byron Bay, Coffs Harbour and Port Macquarie as we had a pressing engagement in Port Stephens – a reunion weekend with some very old friends. After this weekend of over indulgence in every way we decided the only thing for it was to head off to the Blue Mountains for some much needed exercise and fresh air. Apart from the shock of how cold it actually was, especially when you are sleeping in a van, it was a phenomenal place and we spent a couple of days just walking through beautiful forest trails and finally up the Giant Stairway – this was a pretty big shock to our travel-softened legs. 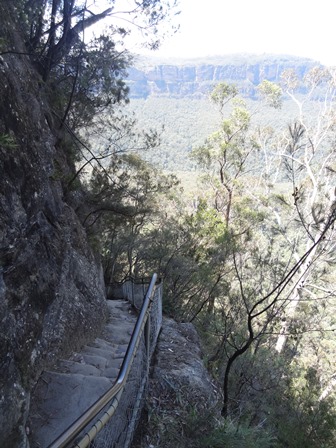 After the Blue Mountains the next destination was up for debate: did we drive the 3.5 hours to visit the capital, Canberra? or did we bypass it and head back to the coastal towns south of Sydney. When we posed this dilemma to a few of our Australian friends the response was a resounding and very clear ‘don’t bother’, however, being the tourists we were, we couldn’t help but be intrigued by a city built specifically for the purpose of being the capital (because Melbourne and Sydney couldn’t agree), has the size and the infra-structure to accommodate millions yet only 380,000 people actually live there. Curiosity won out and off we went. You really do get a true sense of how few people live there when you arrive. The main mall is a 6 lane highway and even though we arrived at, what would typically be referred to as rush hour on a Friday, there were still so few cars on the road. 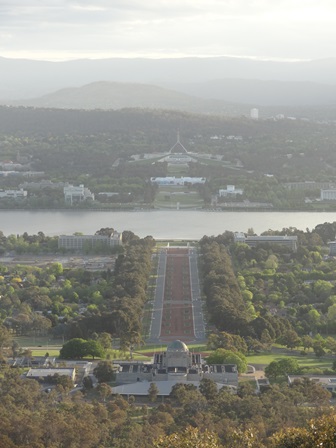 However the whole visit was completely worth it with a trip to both the National Gallery of Australia and the War Memorial. The gallery was a great visit and it was superb to see Aboriginal and Pacific-Islander Art being given equal weighting to the classic pieces they hold including Monet’s Haystacks, Rothko’s Black, Brown on Maroon and Pollock’s Blue Poles. However my favourite part of the gallery was the Aboriginal & Torres Strait Islander Art  in the Urban Gallery, there were two particular pieces that were a shocking look at racism in Australia today – firstly Raymond Zada’s racebook – a response to racist comments posted in two Facebook groups: ‘Aboriginal Spongebob’ and ‘Giving ya wife a sniff of ya petrol cos ur a top noonga’. The letters of the piece are formed from actual comments posted in those two groups and they give a quite shocking snapshot of some people’s attitudes toward, and perceptions of, Aboriginal people in Australia. The second piece was Vernon Ah Kee’s Austracism, which is a direct play on the word ‘ostracism’; the piece looks at the commonly expressed and all too familiar sentiments surrounding racism in Australia. Each opening line starts with I’m not a racist but … , a powerful statement in itself that sets the scene for the following conflicting personal statements of others.

Next up the War Memorial – we had been told that we needed at the very least a whole day to explore this and most people seemed to suggest that one day was simply not enough time at all. We only had an afternoon so we had to make the most of the time we had. What a fantastic afternoon it was. The memorial is a great way to commemorate those members of ANZAC (Australian and New Zealand Army Corps) who died in all the wars. But it truly goes beyond that and the exhibitions are fantastic! The ANZAC Hall provides an interactive light and sound experience with full size aircrafts and the objects themselves become screens to tell compelling stories of Australia’s servicemen and women. Another particular favourite was Afghanistan: The Australian Story, an exhibition which used both interviews, art from the official artist Ben Quilty, and stories of soldiers both currently serving and those that have returned home. It was raw and emotional and a fascinating insight. 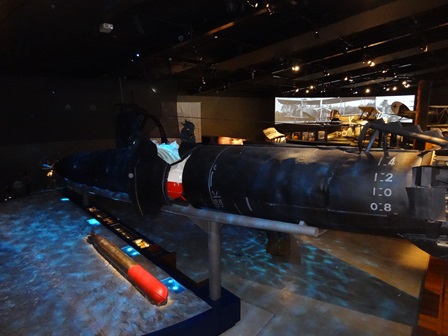 After an incredibly busy day in Canberra it was time for us to head back to the coast. En route we stumbled across a volunteer run gem of a place called the Pioneer Museum Park. It was the antithesis of the places we had visited in Canberra but we had a great day exploring the original and replica buildings of the late 19th and early 20th century, participating in the quiz (that is probably really for kids!) and learning about the first inhabitants of Kangaroo Valley (could there be a more Australian name for a town?). It was a great example of a museum that exists because of the dedication of the people that support it and was a refreshing change of pace. 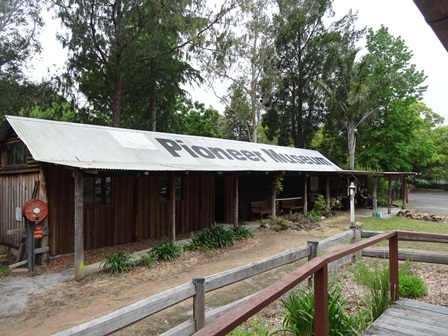 Then came the day that we both dreaded and looked forward to – the day we had to say goodbye to Penny (our van). We were heading off on the next part of our adventure, New Zealand …