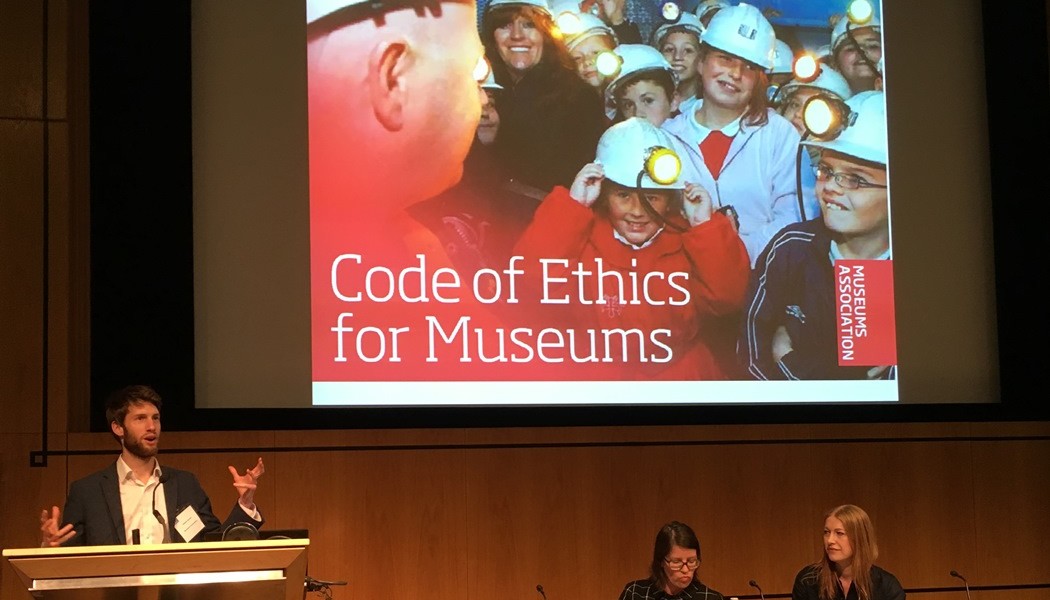 To ensure the benefit of the greater good when making tough decisions in museums, the only way is ethics. Yasmin Khan reports back from the London launch event of the Museums Association’s revised Code of Ethics

In much the same vein that doctors must abide by the Hippocratic Oath, museum professionals rely on a robust code of ethics to cover the full range of pressing issues and tough challenges faced by the sector. Since the 1970s, the UK’s Museums Association has issued guidance on what is considered best ethical practice when addressing recurrent issues such as the display of human remains, object acquisitions and repatriation to help fulfil a duty of care to both collections and visitors. Previous guides have been published in 1977, 1987, 1991. 2002 and 2007.

The previous iteration of the code was a rather weighty document comprising over ten chapters of commandment style rules which made it rather clunky for users to navigate when seeking advice on urgent ethical dilemmas. After extensive consultation and painstaking reflection by its ethics committee, the MA has now simplified the ethics code according to three key principles of positive action: Public Benefit and Engagement; Stewardship of Collections; and Individual and Institutional Integrity.

The revised Code of Ethics, also available in Welsh, was launched at the Wellcome Collection in London on Friday and has been produced in a succinct and reader-friendly pamphlet format with longer companion document available online to make it easier for museums to put its recommendations into practice.

“The code should be treated as a starting point to steer further discussion instead of being regarded as the document of last resort,” said Rowan Brown, the chair of the MA’s Ethics Committee who gave the opening remarks. The good news is that although the code has been fully scrutinised and updated, the MA will continue to harvest suggestions for further refinement.

“The new Code of Ethics is a living breathing document that should enable us all to deal with the challenging everyday ethical dilemmas that we face, especially around contentious grey areas,” said the MA’s director, Sharon Heal, in her keynote address. Heal’s notion of ‘everyday ethics’ struck a chord with the audience – the micro-ethics and values we choose to live and work by must be congruent. But whilst the MA continues to do a sturdy job of issuing guidance there are still cases where it is consciously ignored. For instance, the MA’s Object Disposal Toolkit was warmly received with much anticipation by the sector when it was released in 2007 but this did not later prevent Northampton Borough Council from breaching the guidelines in 2014 when it notoriously profiteered from the sale of the Statue of Sekhemka –a ‘priceless’ 4,000 year old Ancient Egyptian artifact kept under the guardianship of its museum service. Despite public protest and objections voiced from Egypt’s Government, the statue was sold off at Christie’s for a record-breaking sum of £15.8m. Such an unethical feat of audacity consequently caused Northampton Museum to lose its museum accreditation.

The ways in which ethics can percolate across and between other sectors was explored in a panel discussion which featured Simon Chaplin, the director of culture and society at the Wellcome Collection, Diane Lees, the director of the Imperial War Museum and Maev Kennedy, a journalist at The Guardian who referenced how the approach to her work is informed by the NUJ’s code of ethics which promotes transparency, honesty and integrity.

Edward Impey, Director General of the Royal Armouries, questioned how the new code will help museums to respond to campaigns such as the recent #RhodesMustFall controversy. Lees astutely responded that empathy needs to go hand-in-hand with ethics and that we must we willing to acknowledge the different sides to debates and find appropriate ways to engage with different proponents. “I have always seen myself as a public servant,” she said. “Museums need to avoid issuing a ‘standard response’ to difficult issues. We need to be more fleet-of-foot in our digital age, in order to refresh and revive a sense of public trust in museums.”

Fostering healthy debate might mean that museums actively allow dissenters to be heard in their own galleries. “Protests can actually be quite interesting to watch and it’s difficult to see where their protest ends and our events start,” said Chaplin, in reference to a flash protest performance that wanted to publically voice their objections to the Wellcome Trust’s investment in fossil fuel companies. By strange coincidence, the panel discussion on museum ethics happened on the same day the UN signed the Paris Climate Agreement.

To what extent the new code will influence the British Museum when it decides whether to renew its sponsorship from BP remains to be seen. Meave Kennedy lamented that while sponsors should ideally align with a museums core values, there currently is simply not enough ‘good guys’ to go around when it comes to funding. Does this mean accepting sponsorship from oil companies may be a necessary evil?

During the second half of the launch event, the MA’s policy officer Alistair Brown and Tamsin Russell, member of the MA’s Ethics Committee, encouraged all 140 members of the audience to practice examining real-life ethical dilemmas. Attendees were instructed to respond to a series of test-case scenarios ranging from whether collecting material from far right movements could be considered ethical, to the quandary of a curator attending a private dealer fair where rare specimens on sale are suspected to have been illegally smuggled. This workshop exercise revealed the extent to which different predicaments are interpreted with sometimes ambiguous and contrasting approaches for resolution.

The code is not designed to be a decisive algorithm to formulate neat solutions or make definitive judgements. Museums will still have to flex ample critical thinking to reach concrete conclusions as the code cannot pre-empt every single scenario that could potentially arise.

Whilst the MA code of ethics aligns with government legislation, it is not enshrined in law. The launch event culminated with a call to action for all museum boards to ratify the new code to ensure consistency of impact. Ultimately directors will use their own autonomy to make their final decisions but museums can continue to seek external advice by referring their dilemmas to the MA Ethics Committee who meet five times a year.