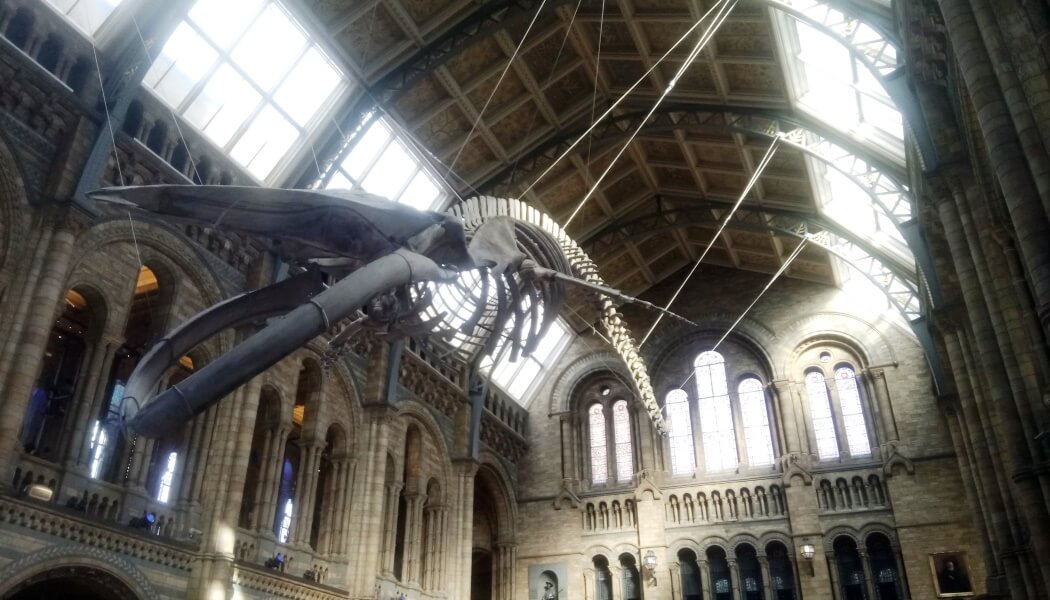 Museum displays are designed to impress. Dramatic, clever lighting can highlight or draw attention to an object on display. Suspended objects can be super striking – especially the big ones. Mass displays of dozens of impressive objects in a huge case also has a big impact on visitors. But it’s not all about the design. Within every museum display you’ve ever seen there is something more: a message, a story.

When it was announced a few years ago that Dippy, that iconic cast of a Diplodocus in the main hall of the Natural History Museum, was being taken out and replaced with a blue whale, there was uproar. Why would they replace it? People love dinosaurs! It’s Dippy! Despite the (mainly online protests) Dippy was on the move and a blue whale was going to replace it.

The blue whale, newly christened Hope, was finally revealed to visitors this summer. I recently saw her and I was not disappointed. She has a subtle elegance, yet undeniable dominance. She was magnificent. I confess, I didn’t even think about Dippy.

Suspended from the magnificent Victorian architecture high above the central hall (Hintze Hall) Hope looks spectacular. Behind the scenes, a lot of thought and a great deal of planning went into this new display.

Blue whales are the largest animals ever to have lived on Earth. Bigger than any dinosaur, the skeleton conveys this grandeur. Looking up and seeing the skull, ribs, bones of the flippers, I was in awe. The most amazing thing is that this is an animal much like you and I. We share the same bones (albeit slightly differently adapted) and to see them so enormous, so massive is truly incredible. 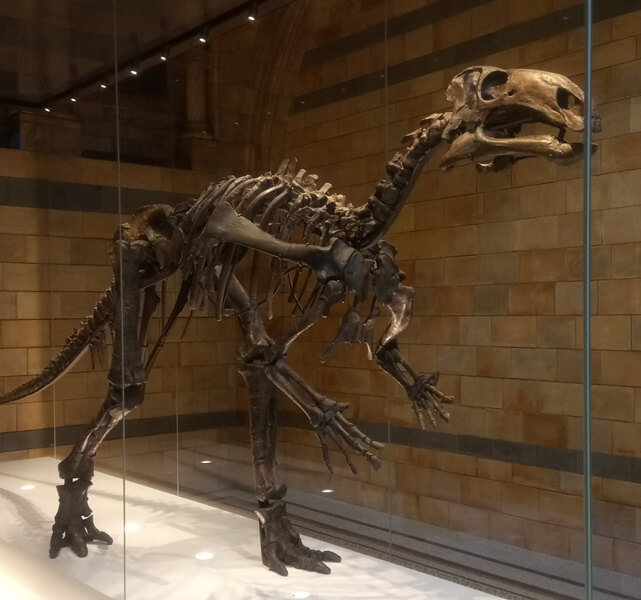 The most complete dinosaur found in the UK, Mantellisaurus, reminding us of the environments of the past. Photo by Jan Freedman

Hope is a symbol. The message she holds for visitors is about the incredible biodiversity of life, and how humans have had such an impact on the planet and the species we share it with. The Natural History Museum is not (dare I say it), just about dinosaurs. Researchers and curators there study the animals and plants on our planet to learn how we can protect them for the future. From flies to fossils and bamboo to birds, the research is vast and encompasses all types of species past and present.

What’s more, the alcoves around the main Hintze Hall were revamped too. Subtly called ‘Wonder Bays’ they too tell the story of life on Earth and the wonder of nature. These Wonder Bays are truly wonderful. A skeleton and stuffed giraffe stand tall, an elegant seaweed shines through acrylic, and a huge marlin is preserved in spirit better than any Damien Hurst piece. There are fossils, too. A huge mastodon skeleton stands proud (a skeleton which made myself and another museum pal woozy with excitement despite being in our mid-30s!). There is also the most complete dinosaur fossil found in the UK, the Iguandont Mantellisaurus. Each specimen is displayed with elegance. Each has their own story about life on Earth. 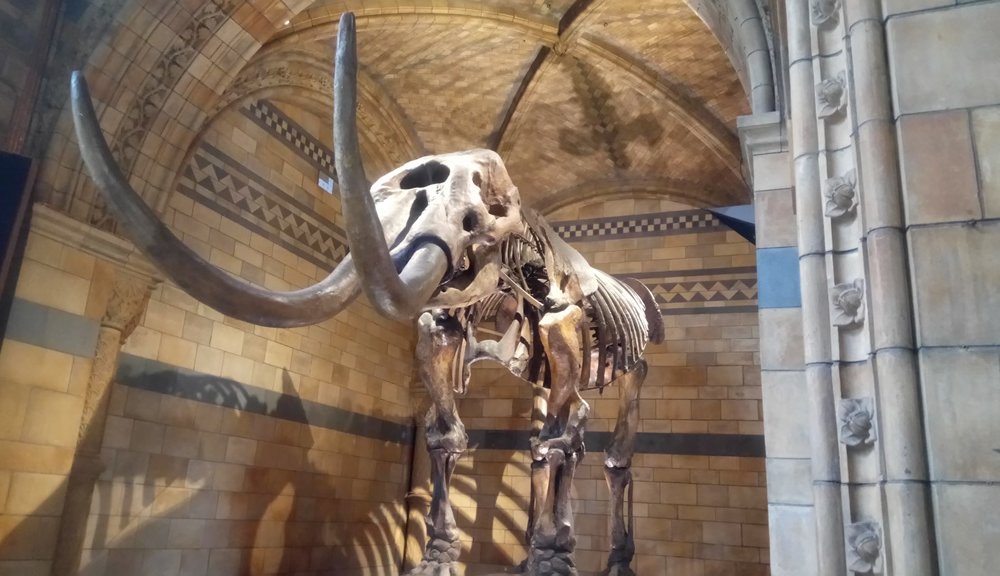 The magnificent Mastodon skeleton, which my friend and I were very excited to see. This incredible animal was not an elephant but they shared a common ancestor 33 million years ago. Photo by Jan Freedman

The revamped Hintze Hall looks incredible. A blue whale suspended from the ceiling and beautifully lit specimens in the Wonder Bays, do more than just looking amazing: the displays are extremely timely. We are living in an age where we are having a greater impact on the planet than any species ever has. We are at a point where things could get drastically worse resulting in the extinction of so many animals (even ourselves). We have an opportunity to do something and slowly make it better. These specimens in the Hintze Hall remind us of life’s majesty. They remind us that there is hope.

Should museum curators’ expert analysis be acknowledged in research papers?