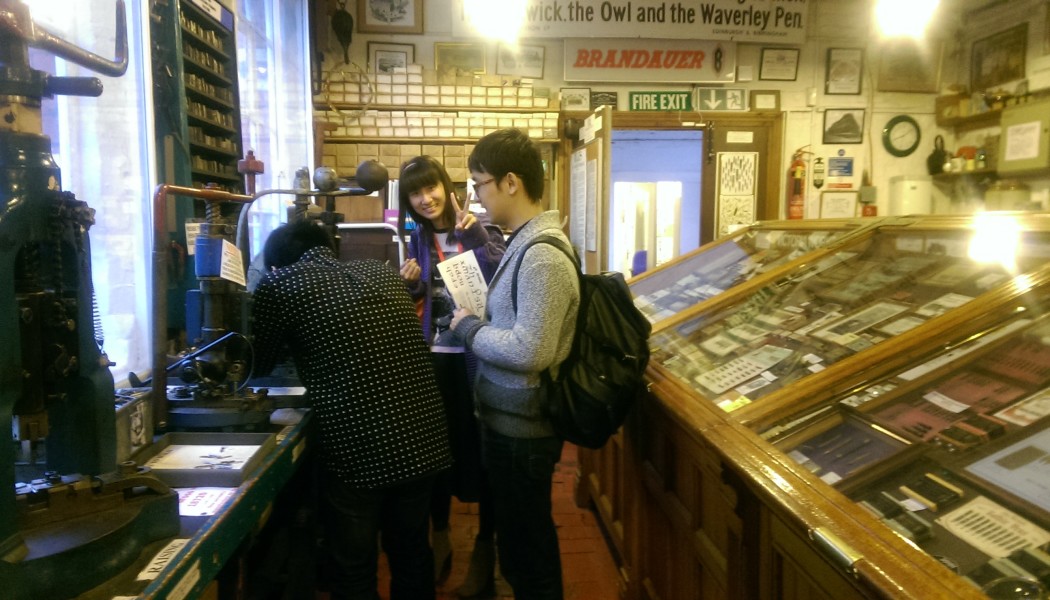 Poetry and puppets make for an inspiring Museums at Night

Volunteers set the night alight at The Pen Museum in Birmingham with art, poetry and music as part of May’s Museums at Night event

Following my attendance at Culture 24’s workshop on Museums at Night in Manchester, which included many representatives from a wide range of museums and cultural institutions from all over the UK, I made a firm decision to organise a Museums at Night event at The Pen Museum. Last year Museums at Night at The Pen Museum was organised by Transient Arts, a local group of artists whose purpose is to creatively engage with contemporary artistic practices in non-traditional spaces. I attended their event and thought it was incredible. They interpreted the museum in their own artistic way, which was both exciting and refreshing to see. However, this year I wanted to bring back a bit of the Pen Museum as the volunteers see it, as an important part of local heritage.

As the Pen Museum is in the heart of the city centre, the local community is very important to us so I wanted to engage with as many local people as I could for Museums at Night. Community engagement is very valuable to museums and I believe it is one of the most important aspects for the future of the Pen Museum. The aim was to engage with new visitors that could in turn bring in new ideas and attract different audiences we would not otherwise bring in ourselves. So we organised a three-night plan for Museums at Night and categorised each night according to audiences. The first night set out to engage with our “missing gap” audience of young people, mostly under 25s. The second night we aimed at over 25s and local artists. The third night we reserved for families.

Through Twitter and Facebook we managed to gain some exciting and interesting contacts to work with. We approached Beatfreeks, a local young arts group in Birmingham who are immersed in the world poetry and decided the first night should be an open mic poetry night. Through Beatfreeks we commissioned and paid for three poets to perform on the night and the open mic allowed us to engage with several other poets too, with all poems relating to the Pen Museum in one way or another. The three commissioned poets came in for a study day and used the nibs, ink and typewriters to draft out a poem. The night itself went really well and the poems were moving and captivating with visitors thoroughly enjoying the evening.

Our second night focused on local artists who use pens and ink in their work and our aim was to celebrate local talent and inspire the artists through our collection. We had a wide range of artists from bead workers who thread beads on pens, to a calligrapher, a colouring book artist, a children’s illustrator and a tapestry artist. This was our most well attended event. All the artists provided mini workshops on their artistic skills which allowed visitors to really get hands on. Both the first night and the second night also had an artist who live sketched the entire event for us.

Our third and final night was family orientated and I recruited the services of two new volunteers to help us put on our very first shadow puppet show. Louise and Joanne Deakin created an engaging, captivating story based on the Pen Factory. Using child workers in the pen factory as the theme, they created their own shadow puppets and scenes and used sound effects for the show and once again the audience engaged fully with in the event.

Over the course of the three nights we also hosted an exhibition by Olga Shurakova, a student from Birmingham City University, who painted a series of five pictures based on objects in The Pen Museum and she also designed our leaflet for the event so we were very grateful for her contribution to the event.

As we’d promoted the events widely we thought we would have had higher visitor figures over the three-night event than we actually did. However, those who came really enjoyed themselves and 70 per cent of them had never visited the museum before, with many saying they looked forward to visiting again, which is really important. So this was not just about numbers, either in visitor figures or profit, it was about the overall quality and enjoyment of the event. Engaging with new local artists and people is also very important for a small museum like ours as well as for its staff and volunteers who are always looking for new ways to expand audiences and attract new visitors. Museums at Night allowed us to do this and we are very pleased to have taken part in the nationwide event. So a big thank you to all those who visited and took part.