Jan Freedman attends last week’s NatSCA annual conference, conducts his own survey on Twitter use among natural historians and generally gets enthused by the capabilities of social media for curators

The Natural Sciences Collections Association (NatSCA) conference is where all curators, conservators and educators working in natural sciences gather for two days for an explosion of passionate talks and workshops. This spectacular event, perhaps one of the greatest in the natural world, happens just once a year. Okay, so it’s not the northern migration of caribou, where vast numbers of these big deer move as if the land itself is moving. Neither is it when the beautiful warm clear waters off the Caribbean coast become clouded by the simultaneous release of an incomprehensible amount of eggs and sperm from corals mass spawning (not the time for a little skinny dip). However, this event is one that the natural world – past, present and future – needs.

Here is a collection of incredibly vivacious people who share pure joy with their work, resulting in animated catch-ups, fantastically interesting ideas, and ever so slightly geeky jokes. And here there is a mutual understanding where talk can literally go on into the early hours and the topic stay the same: museums and collections. Hosted by Bristol Museums, Galleries and Archives, the theme of this year’s conference was refreshingly vibrant: Museums Unleashed: using traditional and social media to communicate collections. And there were wonderful examples and advice given by an extremely high profile programme of speakers. Wendy Darke, Head of the BBC Natural History Unit and geologist Iain Stewart provided inspiring and useful talks about what works for television. There were talks about blogs (I gave a joint one with the wonderful Tori Herridge), a fascinating talk about writing skills by Henry Nicholls, and several talks about social media. There were lots of varied and inspirational talks across the two days. Too many to review here, but have a look at #NatSCA2015, which summarises nearly all of the talks (and was also trending for the two days). 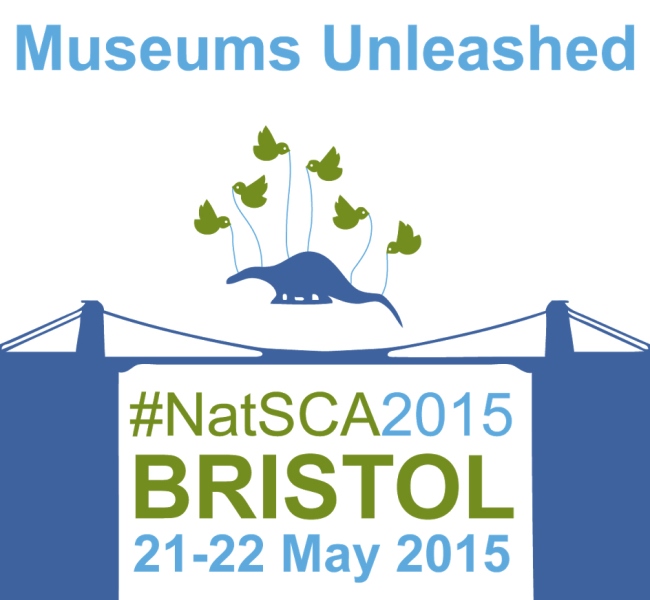 The logo developed by NatSCA for the conference. The dinosaur being lifted over the Clifton suspension bridge conveys collections being unleashed from their stores and made visible to everyone

One of the big things that surfaced throughout the conference about social media was Twitter. Being an active Twitter user myself, I wondered whether other natural history staff in museums used it too. I know a few colleagues who are on Twitter, but this was a good opportunity to see how many of the conference folk were on there and what they used it for. So I carried out a small survey. A total of 64 out of the 82 delegates filled out the survey. The results were more interesting than I anticipated. A much larger number of natural history staff use Twitter than I originally thought: 55 out of the 64 people. For those nine that weren’t, most said they didn’t have time, some said they didn’t understand it, and a couple said they didn’t like technology. As this questionnaire was filled out at the beginning of the conference, I wonder how those nice people felt at the end? For those that did use Twitter, I asked them what they used it for – see below. 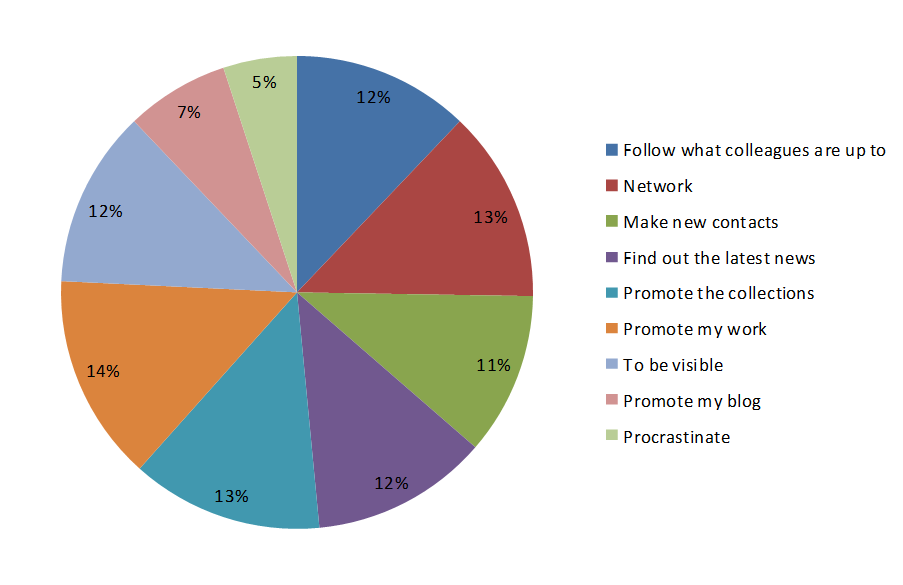 Pie chart showing why curators used Twitter (each person could tick more than one response). The results show that the use of Twitter is spread surprisingly equal across all reasons, apart from procrastination of course

I know why I use Twitter. I see it as a community, a professional way of using social media to talk about work. Whereas Facebook is more personal: for family and close friends. Twitter is quick, simple and effective for sharing images and information about museum collections – and therefore collections around the world. I shouldn’t have been all that surprised to find that other natural history staff use it for the same reasons, with almost all of those surveyed ticking all the boxes (see pie chart). The exception being procrastination, which had the fewest responses. (Curators hardly ever have time to procrastinate. Hardly. Ever.) One of the great things about Twitter is interacting with people, and this can result in some wonderful projects with the reasons for using Twitter of ‘networking’ and ‘making new contacts’ both scoring high.

For example, one group of passionate archaeologists and palaeobiologists got together through Twitter to create a joint blog about relatively unknown female archaeologists and geologists and called themselves TrowelBlazers. Using this as a model, and speaking to the group via Twitter, I got together with some Twitter pals and developed a joint blog about Ice Age beasts: Twilight Beasts. Interacting with colleagues, and the public can sometimes develop into some fantastic opportunities. These opportunities are always possible, we just have to make them happen.

I was pleased that the responses for ‘promoting the collections’, ‘promoting my work’ and ‘being more visible’ all had equally high responses. Curators work behind the scenes with some pretty awesome specimens. We have the most incredible jobs on the planet working with unique collections every day. A lot of that work happens in the stores, in our offices, or conservation labs away from museum visitors. However, a quick photo posted on Twitter allows this hidden world to be brought to life. And photos of specimens from behind the scenes encourages more wonder from a wider audience and the result is more interaction with people asking questions and sharing the tweet with their followers. This little mammal pictured below was one of many creatures large and small that featured on Twitter with the hashtag #Creaturesfbts. 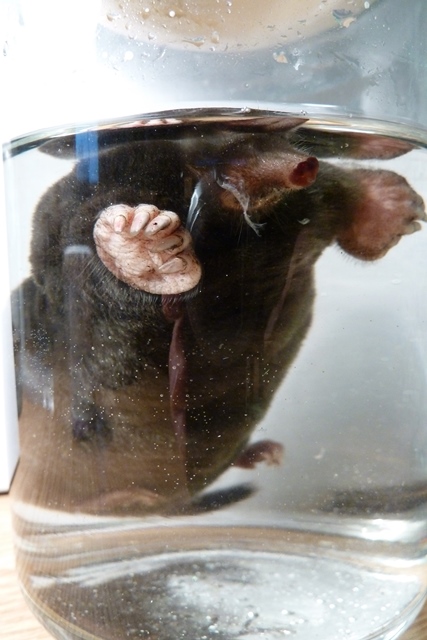 Curators across the country, and continents, may see each other once a year at a conference like this. By tweeting about projects we are working on, or researchers we are working with maintains that link with the community. We are a busy bunch of people, often juggling several things at once, with Post-It notes on our desk reminding us of things to do. For the majority of curators the only time we will see each other is at the annual conference. However, Twitter creates a ‘community’ – it is a platform for a community to stay in touch, even speak and help one another regardless of where you are in the world. It is a wonderful, fun and extremely proactive community to be involved in.

Museums Unleashed. What a title. And the conference certainly had that feel about it. There was such a positive buzz about ways of promoting museum collections through blogs and Twitter – words that may have been alien to some only a week before. Curators are engaging with audiences using social media and reaching more people than ever before. Museum collections have been unleashed and are out. And so, it would seem, is the museum curator. And there is no holding them back.