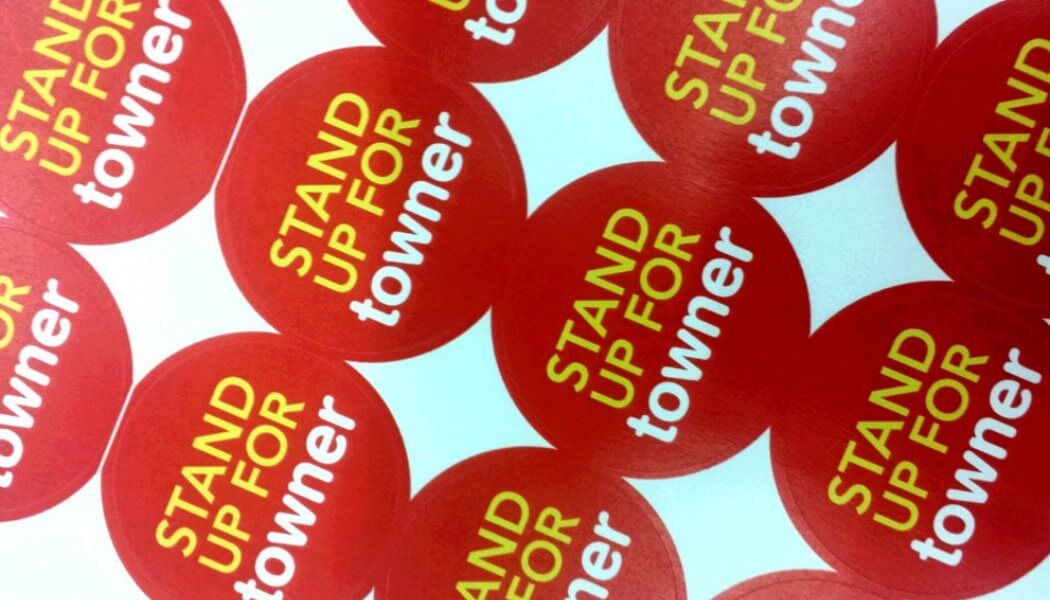 As the largest gallery in the South East outside of London, and with an annual visitor of almost 150,000, an exciting exhibition programme and a learning programme that reaches thousands of children, young people, and adults – often working with the most vulnerable members of our community – you might think that Towner Art Gallery would be safe from the savage swing of the budget cutter’s blade

But you’d be wrong. And here’s why its important that the gallery’s current plight is heard

News about a proposed 50 per cent cut to Towner’s funding from Eastbourne Borough Council was announced by the local press back in May this year, with then-director Emma Morris saying: “A cut on this scale would have a catastrophic effect on the gallery, a much diminished cultural experience for Eastbourne’s residents and visitors and will inevitably threaten other crucial funding sources. If other funding sources are lost as a result of our reduced offer it would ultimately mean the complete closure of the gallery.”

It wasn’t until recently that the news broke that Eastbourne Borough Council approved the decision to go ahead with the cuts. David Dimbleby, broadcaster and chairman of Towner’s board of trustees said: “We could lose six out of ten exhibitions a year, as well as our award-winning learning programme, putting at risk everything that the Towner stands for.”

Gallery for the People

Towner Art Gallery was founded as a ‘gallery for the people,’ in 1923, and these cuts seriously undermine this core principle and guiding vision. But, what galls me the most is this statement from a Council Spokesperson: “Looking ahead we hope the Towner will engage more local people and become the widely accessible and relevant arts resource that we all want to see.”

Let’s unpick this. Firstly, they are asking for more to be done, whilst cutting funding in half. Things don’t work like that. They just don’t. Secondly, Towner does a lot of work with local people already. Last academic year, the gallery worked with around 100 local schools (full disclosure: I know this because I worked with them).

We also work with local community groups and the strength of our Learning Programme saw us shortlisted for the Kids in Museums Family Friendly Museum Award in 2016. For those not in the know, this award is the only one judged entirely on visitor feedback. To make it to the shortlist shows just how valued the gallery is by those who use it

And then there’s the work we do with the most vulnerable in the town, from the tiniest  tots and their carers  to adults and children with mental health conditions and people living with dementia and memory loss. Work that would vanish with these cuts.

And then. And then. And then. I could go on. The council’s obsession with ‘more’ is something that needs to be addressed. Quantity does not equal quality. Yes, it’s great to report on bumper numbers, but numbers only tell a part of the story. A tiny part at that. Yet, it is often the part that people pay the most attention to. Why? Because it’s easy to understand.

Moreover, Towner has an international reputation, and is a real draw of tourists to Eastbourne As a seaside town, tourism is a vital part of the local economy – should this be discouraged?  It’s not just the gallery that benefits from this, but the string of hotels along the seafront, the numerous cafes and restaurants do too as well as every other local business. And the jobs that go with them.

The suggestion that somehow the gallery isn’t already ‘relevant,’ is frankly insulting. It panders to the thought that art isn’t for everyone (it is) and that it doesn’t have an impact on people’s lives (it does). The fact that it was voiced speaks to a small-mindedness, playing on the perception that art is elitist, and comes from a place of profound ignorance.

No matter who you are – art is inspiration. Art is aspirational. Art helps us imagine a better future, something I live in desperate hope for.

And, as for ‘relevance,’ our school and community groups often feedback that they come to us precisely because we are relevant. The cultural sector deems the gallery relevant too, as Tower is not only an Arts Council England NPO, but one of 4 galleries in the UK working with the Arts Council Collection.

But what can we do about it? We can Stand Up For Towner by getting in touch with the Leader of Eastbourne Borough Council and your Local MP. With a 50 per cent cut looming, so much vital work would be lost. Work that has a deep and meaningful impact on the town. Work that goes towards building a better future. Work that can’t be done anywhere else.

This blog was first published on Jack’s Adventures in Museum Land.

Autumn means half term, Hallowe’en and Museums at Night