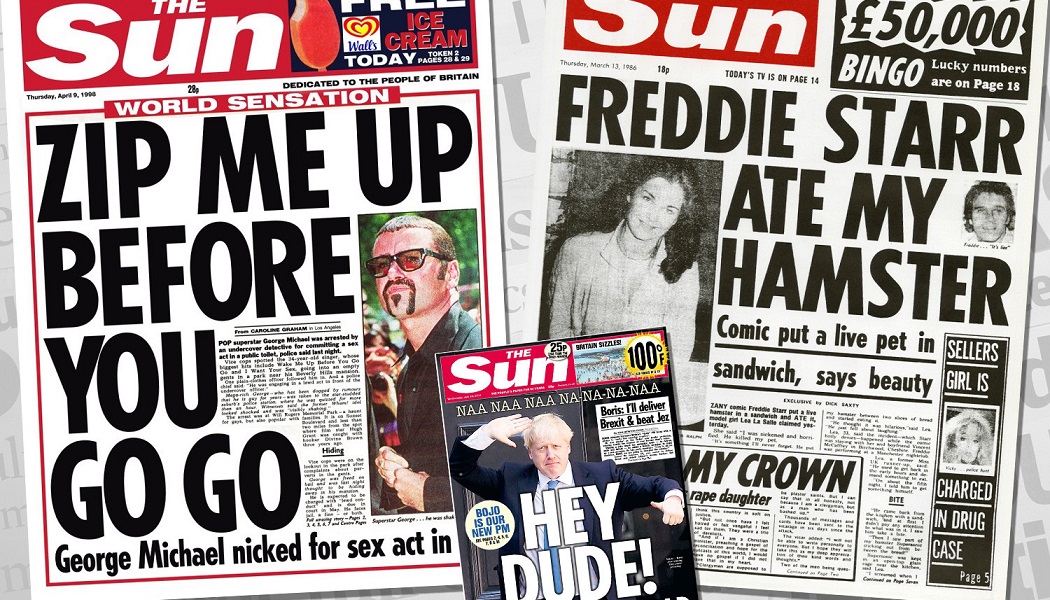 What museum professionals can – and should – learn from the tabloids

Do you aspire to create interpretation full of masterful storytelling, crystal clear messaging and universally accessible prose? If so, throw away those pompous museology books and read some tabloids newspapers instead.

Yes, their moral compass is set firmly to ‘toxic’ and their political stance is as sophisticated as painting by numbers, but tabloid articles are a peerless example of what Hemingway meant when he said: “Prose is architecture not interior decoration.”

What the tabloids understand is storytelling. They know how to digest complex facts and regurgitate them as something accessible and highly palatable. Conveying a narrative tabloid-style means capturing the whole story in the headline, first couple of sentences and picture caption. The reader understands immediately not just what they’re being told, but how they should feel about it too.

The tabloids are also very good at humour. I give you the Sun’s front page when George Michael was caught in a compromising position in a public toilet: “Zip Me Up Before You Go Go.” Dolly Parton, queen of the towering wigs, rhinestones and trowelled-on makeup, once said, “it costs a lot of money to look this cheap.” Tabloid journalists might say that it takes an awful lot of skill to write this simply. Summing up a story in a few pithy, easily understood and often funny sentences is a skill that all of us who write interpretation should aspire to master. 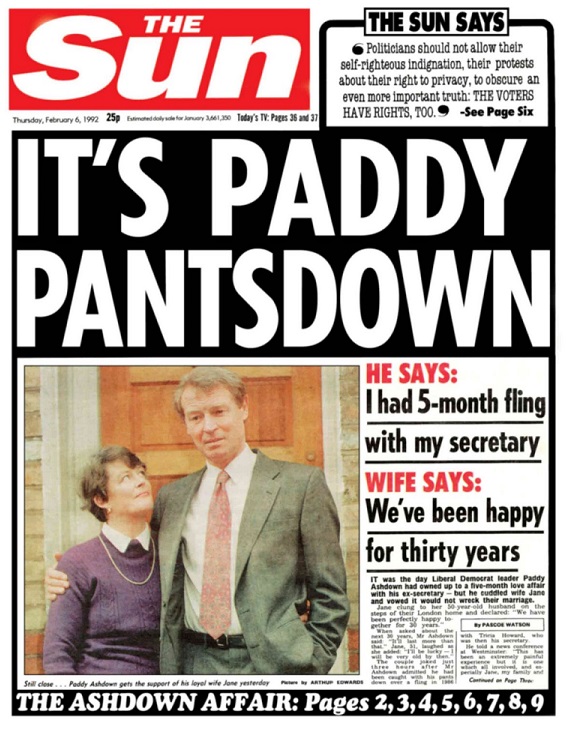 Let’s look in detail at a tabloid story to see what we can learn; another vintage example from The Sun from February 1992. The headline screams “It’s Paddy Pantsdown”, the subtitle says: “He said: I had a five month fling with my secretary. Wife says: We’ve been happy for thirty years.” You don’t even have to read the rest of the story to know how it pans out, but now you’re hooked. The first two lines of the article give you the facts: “It was the day Liberal Democrat leader Paddy Ashdown owned up to a five-month love affair with his secretary”. The final blow, and the one that really tells you what you should be thinking, is the photo caption. In the picture he looks shifty, with his arm round his wife, who stares at him with murder in her eyes. Underneath: “Still close…Paddy Ashdown gets the support of loyal wife Jane yesterday.”

This piece has everything. It grabs your attention with humour, reels you in with human interest and hinted-at salacious detail, then sticks the knife into its subject, leaving the reader comfortably on the moral high ground. A masterclass in storytelling in under 500 words.

So how can we harness the tabloids’ powers for good when we’re writing interpretation text? First, be clear about the one thing you want visitors to take away from your panel. If you can’t sum it up in one sentence you need to think harder. It’s often tempting to just get on with spewing out deathless prose, but as Mark Twain said, “I didn’t have time to write a short letter, so I wrote a long one instead.” Once your message is clear, identify what will grab the reader’s attention. Is there a people story nestled amongst the facts? Bring it to the fore; once you’ve captured the reader’s attention you can take them anywhere, but if you start with dry facts many of them won’t read any further.

Now write two introductory sentences that encapsulate the message. Choose photos and write captions which reinforce your message. Sprinkle in a bit of humour. Congratulations – you have channelled your inner tabloid sub-editor!

So let’s put aside our discomfort about their morals and politics, and embrace the tabloids’ unsung talent as storytellers extraordinaire. Let’s beat them at their own game, and give our visitors engaging, lively, funny and completely compelling interpretation.