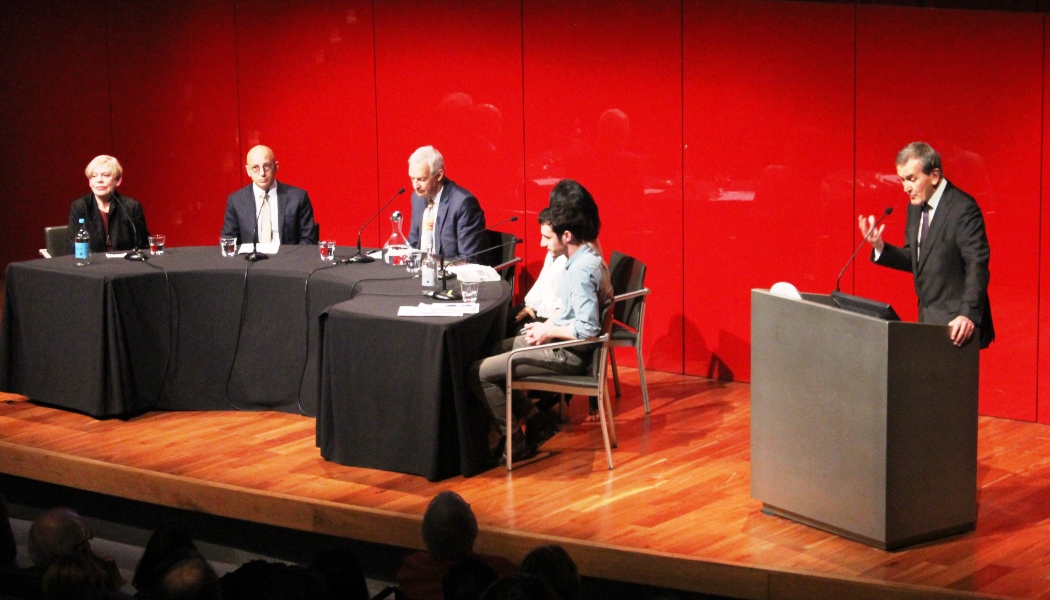 Will Egypt’s next revolution be in its museums?

The power of exhibitions to highlight historic legacies of coexistence could play a greater role in alleviating future conflict. Yasmin Khan reports back from this week’s debate at the British Museum and discovers how museums can work internationally to optimise their role in preserving the past and present for the next generation

Coexistence and Conflict: Can Egypt’s Past Inform the Future? This was the title of a timely debate which was immaculately chaired by eagle-eyed Channel 4 News anchor, Jon Snow, to coincide with a landmark exhibition at the British Museum.  The Egypt: faith after the pharaohs exhibition explores the impact of the three Abrahamic religions that have taken root in Egypt since the ancient period: from a world of many gods to the worship of one God. The showcases are stuffed with a stunning array of objects which illustrate how this transition continues to affect our lives today. 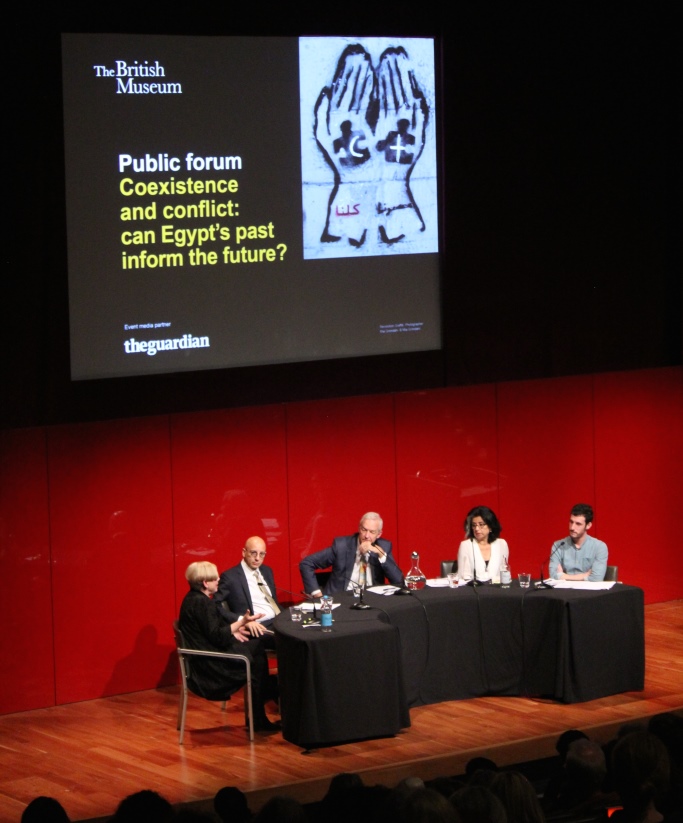 Religious co-existence was the norm rather than the exception; according to panellist and world-renowned commentator on religious affairs Karen Armstrong, people are often surprised to learn that there has been a long tradition of coexistence across 12 centuries between Zoroastrians, Jews, Christians, and Muslims, largely because it challenges the monolithic media rhetoric we have been subjected with since 9/11. This exhibition offers a credible counter narrative, asserts British Museum Trustee Ahdaf Soueif, and gives us another way of talking about our quarrels which are always rooted in the flux of state politics rather than the abiding faith of the lay masses. Although the panel seemed to be “singing from the same hymn sheet” as one audience member later critiqued, the discussion captivated a diverse audience of around 350 people.

Neil MacGregor, Director of the British Museum, questioned panellists on whether the material culture exhibited in the great museums of Cairo and Alexandria could play a stronger role in reaffirming aspects that unite the country? Khaled Fahmy Professor of History at the American University in Cairo said he thinks Egyptian museums could do better. “Museums are currently a reflection of the Egyptian state rather than Egyptian society,” he lamented. The fundamental problem he argued – which is rarely acknowledged – is that Egyptian museums do not cater for Egyptian people, largely because of an overbearing tourist industry which compels Egyptian curators to pander to the financial gain of foreign sightseers. Egyptians feel alienated when visiting their local museums – whether national or provincial. “You cannot see yourself in the artefacts. The museum does not address you”, he explained, “you are not spoken to, you are spoken at”.

He validated his point by highlighting the British Museum’s inclusion of everyday relics in the exhibition such as children’s tunics– such exhibits would be completely alien for Egyptian school kids. “What visitors in Egyptian museums see are Pharaohs, Kings, Emperors, Sultans and Sheikhs with complete absence of regular Egyptian people and how they used to live – I think that is the revolution that needs to happen in Egyptian museums.” His provocation was greeted with a supportive ovation from the audience. 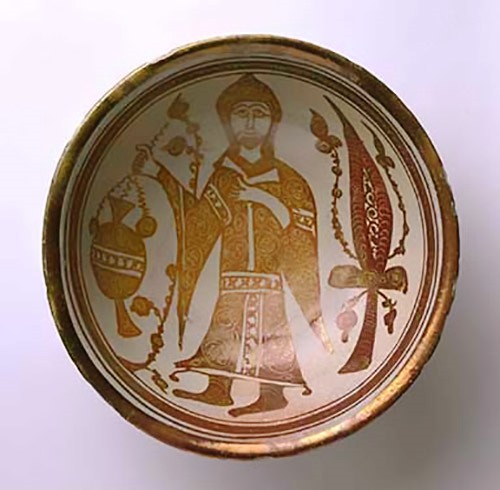 Jack Shenker, former Egypt correspondent for The Guardian, concurred with Fahmy and believes Egyptian museums are currently designed to make visitors feel like interloping trespassers. Shenker suggests the real challenge is to alleviate the tension between the memorialisation of elite history with grassroots history from the bottom up. There is an unsanctioned layer of historical memory; the graffiti, the revolutionary media collective that have collated digital recordings of protests in 2011 at Tahrir Square, the revolutionary songs and poems written on urban walls that are being knocked down by the current regime (which he compared to the destruction of antiquities by Daesh). “Egyptian museums need to find a way to open up that incredibly rich layer of history from below because that is where the past informs the future”, he said.

So what more can museum professionals do? The key thing that museums can do is to insist on an international community that works together no matter what happens politically, asserted MacGregor. “We share this history; we share a desire to understand it and to explore it together”, he chimed. His staff have been working very closely with museum colleagues in Egypt over the past 20 years and he is adamant that none of the political changes have made any differences to that. But he did emphasise that it is the freedom of movement that underpins effective international collaboration. He also acknowledged the illegal smuggling of looted artefacts must be tackled: “When antiquities are destroyed, it’s much harder but we are building teams of rescue archaeologists and training overseas curators”, he assured the crowd.

This event was amongst MacGregor‘s last public appearances in his role of Director of the British Museum. He will retire this Christmas after a sturdy tenure of 13 years. Channel 4 anchor, Jon Snow took the opportunity to seal the debate on a high note with a glowing accolade that was met with rapturous applause.

“I want to pay tribute to the scholarship, the integrity, the leadership, the charm, the humour and the firmness of purpose which has transformed the British Museum from a place of the past to a place of the 21st century, in which the visitor experience is about being spoken to, rather than spoken at. It is thanks to Neil’s leadership that the British Museum is the greatest museum on Earth.”

This debate was part of a series of topical themes that has spanned Sudan, Iraq, Syria, Iran and Saudi Arabia, all of which were evidently the brain child of the Director who believed the museum’s purpose was to use the past to inform the future.  With a robust board of trustees still steering its helm, there is ample reason to expect a continued programme of revolutionary exhibitions and events for all to enjoy.

Egypt: faith after the Pharaohs opens at the British Museum until 7 February 2016.