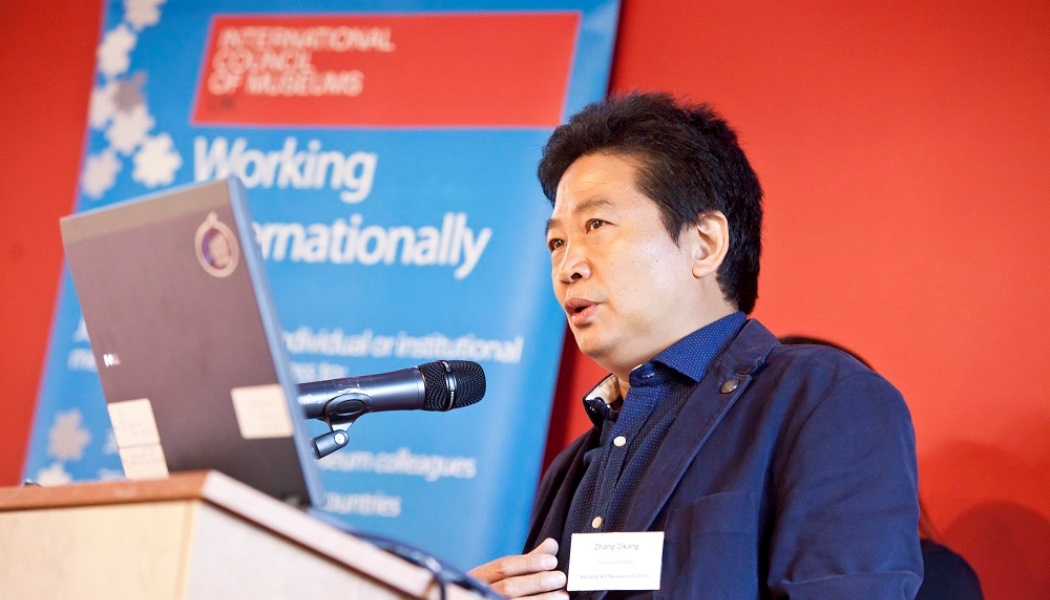 When it comes to organising international workshops for museum professionals keen on building partnerships abroad, there’s nothing like having speakers from the nations involved. However, when your budget doesn’t allow for flying museum directors in from China you need to think on your feet, as Dana Andrew did, to secure their services

It’s been an exciting couple of months for the Working Internationally Regional Project (WIRP) and just like working internationally, some of this success resulted from strategic planning, but some of it is also down to a bit of luck and cheeky asks!  What do I mean by that?  I’m often asked how colleagues make new international contacts and connections, or how do they meet the right project partners?

Whilst we might set our sights on developing a project with an identified strategic partner, the reality is that many collaborations start from an unexpected meeting or conversation, or from asking for recommendations or introductions.  The advice in this case would be ‘never turn down a networking opportunity’ (you never know who you might meet) and ‘if you don’t ask, you don’t get’ (the worst someone can probably say is no).

For this round of themed WIRP workshops, it was important for us to include the international perspective, so that UK museums were not just sharing one side of the story.  We didn’t manage to do this for the International Touring Exhibitions workshop so I was determined to find a way to bring international viewpoints to the Working with China and Working with India workshops.  Just like most museums, the WIRP budget doesn’t stretch to inviting speakers from China or India for a one-day event, so some creative problem solving was required.

After first checking that the British Council didn’t have any colleagues or museum delegations from China in the UK, the next point of call was the central ICOM office in Paris.  We could probably stretch to bringing someone over from mainland Europe, and we knew colleagues there came from working in Chinese museums.  The dates didn’t work so at this stage we started to discuss whether any UK museum colleagues with extensive experience of working in China could give a presentation from this point of view. 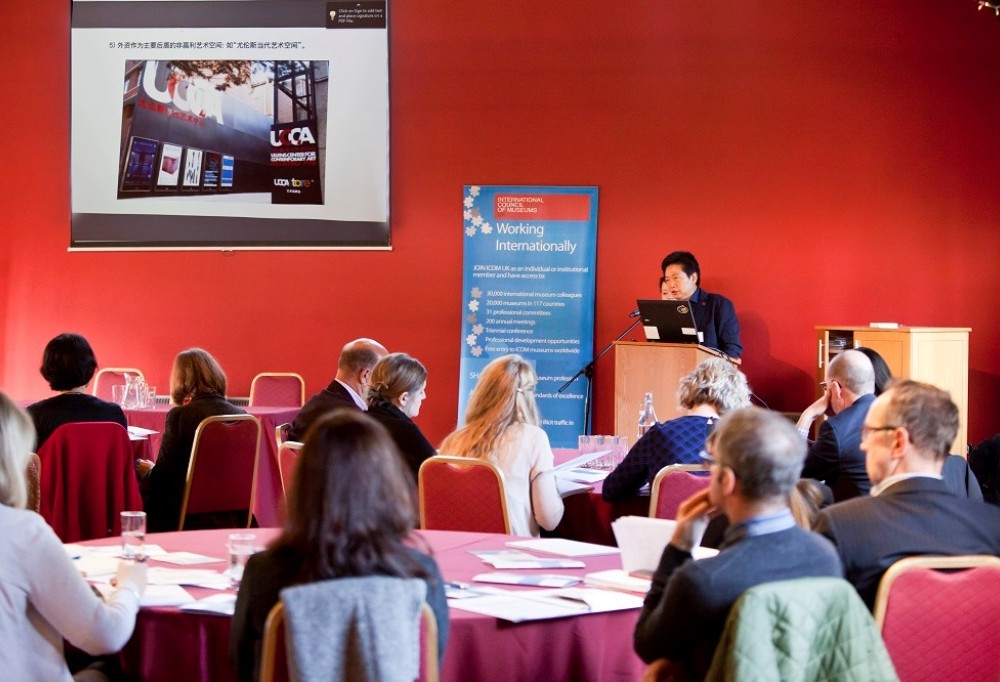 A chance conversation at the ICOM UK AGM in July with Vastari provided the first opportunity to try the ‘cheeky ask’ strategy.  Vastari invited me to attend the Museum of the Future event they were planning with Chinese partners on the evening of 14 October (during Frieze week) that would bring Chinese museum and gallery directors to London.

As I declined the invitation due to organising my own China-related event on the same date, I remembered that York is well-connected to London by train (two hours) and so it might be possible for one of the Chinese directors give a presentation in York in the morning, and be back in London for Vastari’s event in the evening.

The WIRP might not have had a budget to bring a director over from China but I was sure we could find the money for an overnight visit to York.  Of course, to take this from a simple ask to actually having two museum directors (Mr Zhang Zikang, Deputy Director of the National Art Museum of China and Mr Alex Gao, Director of the Today Art Museum) plus the Chinese organiser travel to York and back was not without hard work and challenges (visa issues, hotel availability, sub-standard train service, asking the British Council for additional support, moving to a bigger venue etc.) but the effort was worth it and I think we provided a unique opportunity for UK museum professionals to hear directly from Chinese museum directors about their priorities and own approaches to working internationally. 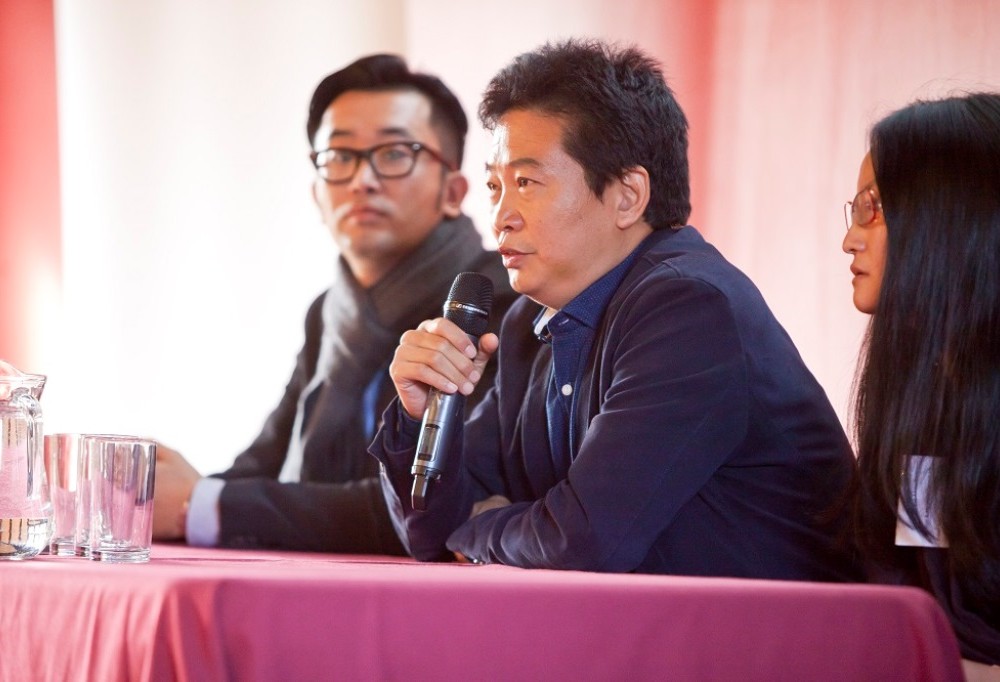 The support and backing from the WIRP Project Board to take a chance (it was completely possible that the directors might not get their visas on time, or that they might miss the workshop due to delayed flights) and push the budget was vital to making the workshop a success, just as having support at board or senior management level is key for museums developing their own international work.

Finding speakers from India was somewhat easier.  We knew the British Council was bringing colleagues from India over for the MA Conference so we held the Working with India workshop on the Monday after Conference in the hope that BC India staff could stay on for an extra couple of days.  Because of the BC launching its India Matters report and strategy the week prior, key meetings were taking place in London so we were delighted that Rob Lynes, Director of British Council India could (expectedly) join his Indian colleagues Sujata Sen, Director East India, and Samarjit Guha, Head of Programmes, to give an impromptu presentation about the British Council’s strategic plans for India to room full of enthusiastic UK museum and heritage professionals.

The chance coincidence of both workshops was that they each took place just prior to state visits – the Working with China workshop took place the week before the Chinese president, Xi Jinpin’s visit to the UK and the Working with India workshop took place just days before the Indian prime minister, Narenda Modi’s visit.  These visits raised awareness of the bigger picture relationships between the UK and China and India, and provided a useful context and talking point for looking forward to future collaborations with the UK.  The state visits also included important announcements relevant to the cultural sector, including UK government support for touring exhibitions in China, and the 2017 UK-India Year of Culture.

Who in the world cares about cultural heritage?