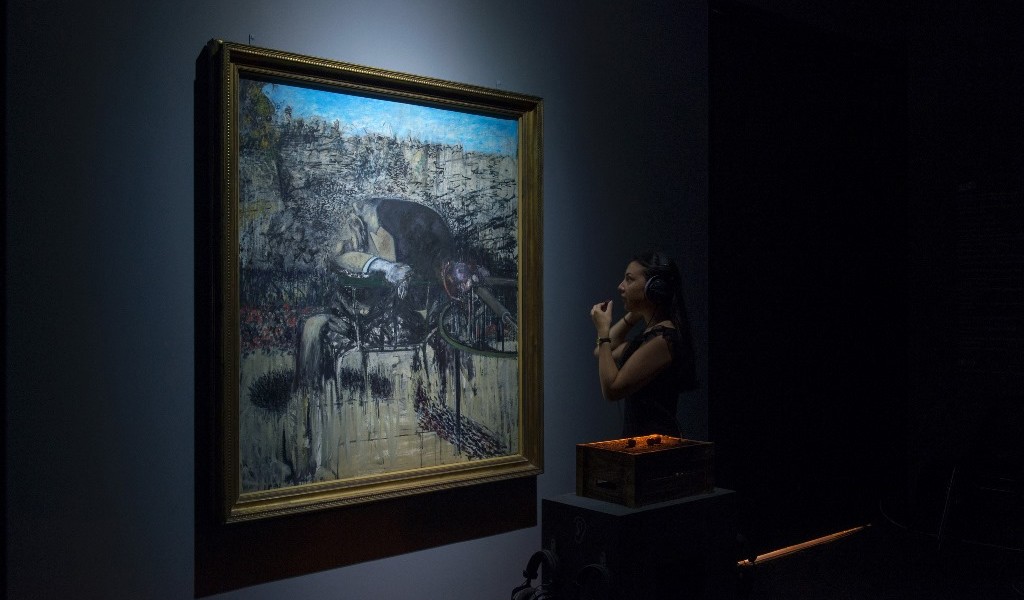 So much has happened in the museums and heritage sector in 2015 that we thought it was worth recapping on some of the most memorable happenings, including new openings, anniversaries, funding announcements, sector reports and analysis and the government’s spending review. Here is M+H Advisor’s 2015 Year in Review

January started off with Museums + Heritage Advisor in the midst of a website redesign and our first of a series of In Focus features on Controlling the Environment was published. We also reported on the opening of the new Moesgaard Museum in Denmark that literally rose from the land surrounding its former home in an 18th century manor house. 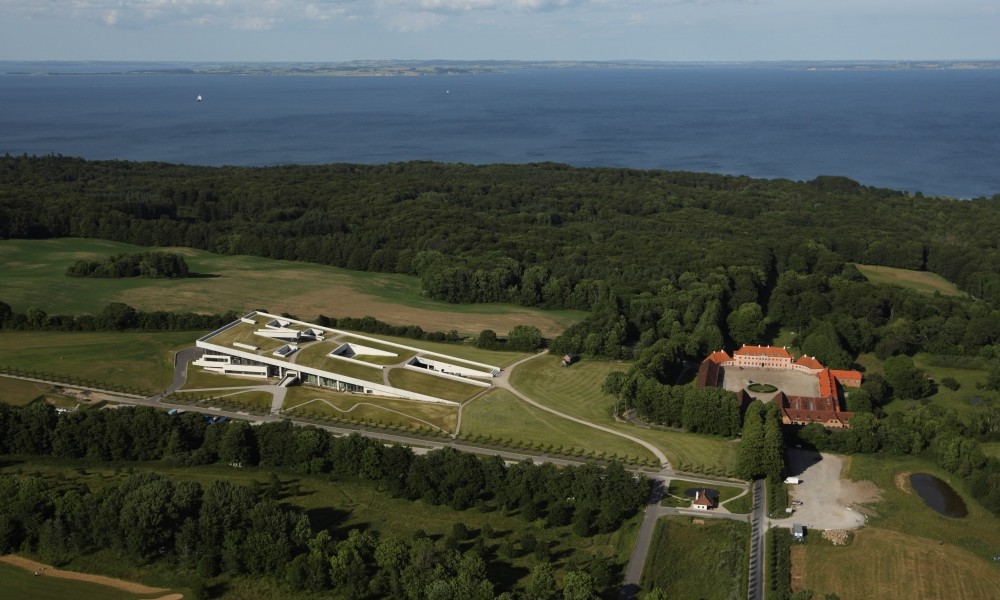 Moesgaard Museum in Denmark rises from the landscape

In February we travelled to Manchester to report on the Whitworth Art Gallery’s reopening following a £15m renovation and produced a video featuring its director Maria Balshaw and architects MUMA.  We also reported on the government’s announcement of its plans for English Heritage, which was set to become two bodies in April, with the creation of a new body: Historic England. And history was made in the run up to the 800th anniversary of the Magna Carta when all four surviving original documents were brought together at the British Library. We also published an In Focus feature on 3D Printing: Remaking the Museums. 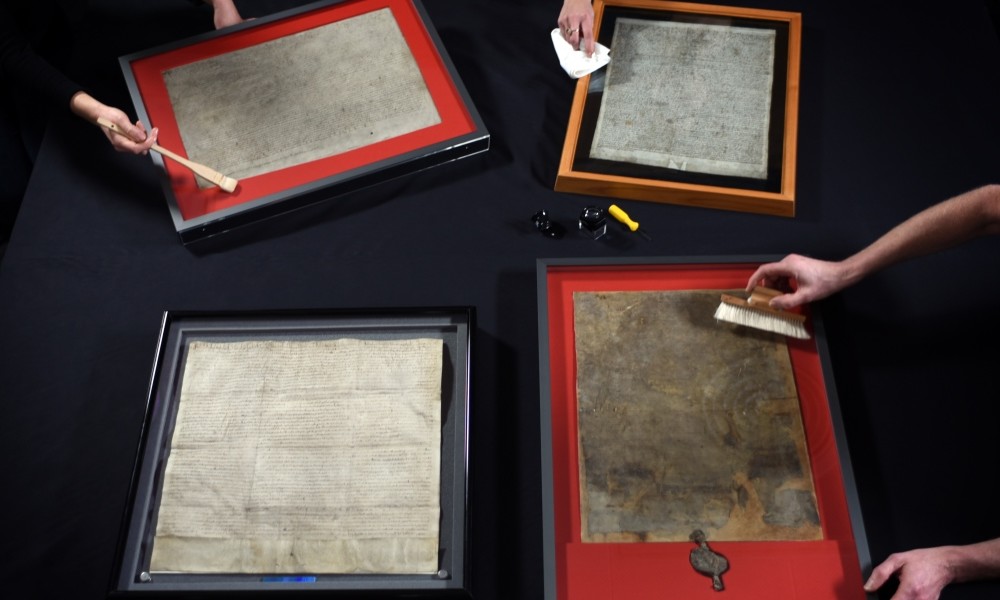 The V&A opened one of the year’s most talked about exhibitions dedicated to the fashion designer Alexander McQueen entitled Savage Beauty. ALVA published its visitor figures for 2014 and ACE announced successful Museum Resilience Fund applicants while at the same time publishing an independent report on the Economic Impact of Museums in England. This month’s In Focus report was on the Valuing, insuring and securing of collections. 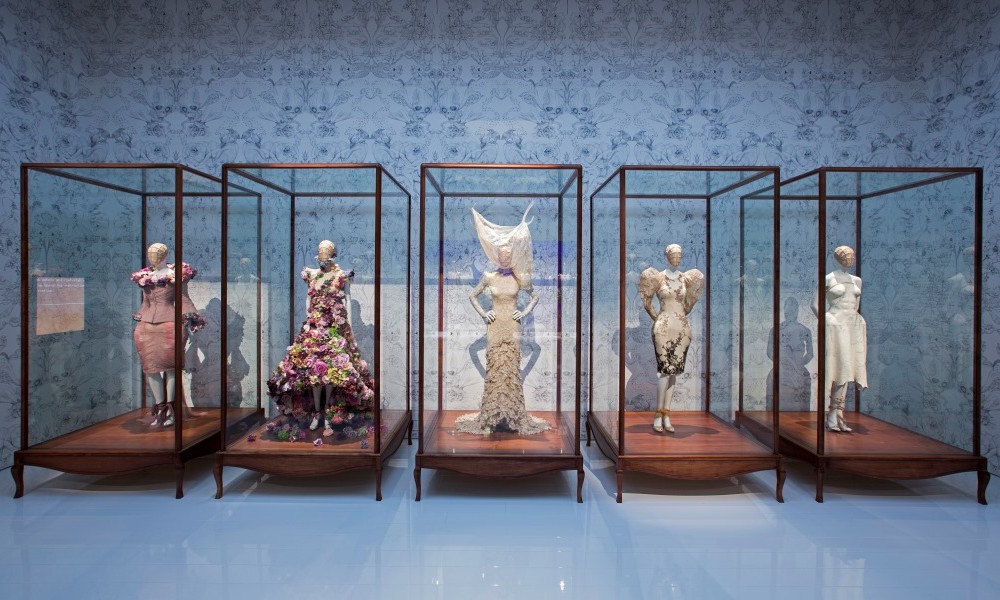 In April the British Museum announced that its director Neil MacGregor would step down at the end of the year and we published a special report on Salisbury Cathedral’s new permanent Magna Carta exhibition. At the end of the month hundreds attended free talks, seminars and exhibits at the Museums + Heritage Show at Olympia and the IWM London’s First World War Galleries designed by Casson Mann won the Permanent Exhibition category at the M+H Awards at Northumberland Avenue in London. With record numbers of attendees and entries, both events were a big hit and it was the perfect platform to launch Museums + Heritage Advisor’s new website. 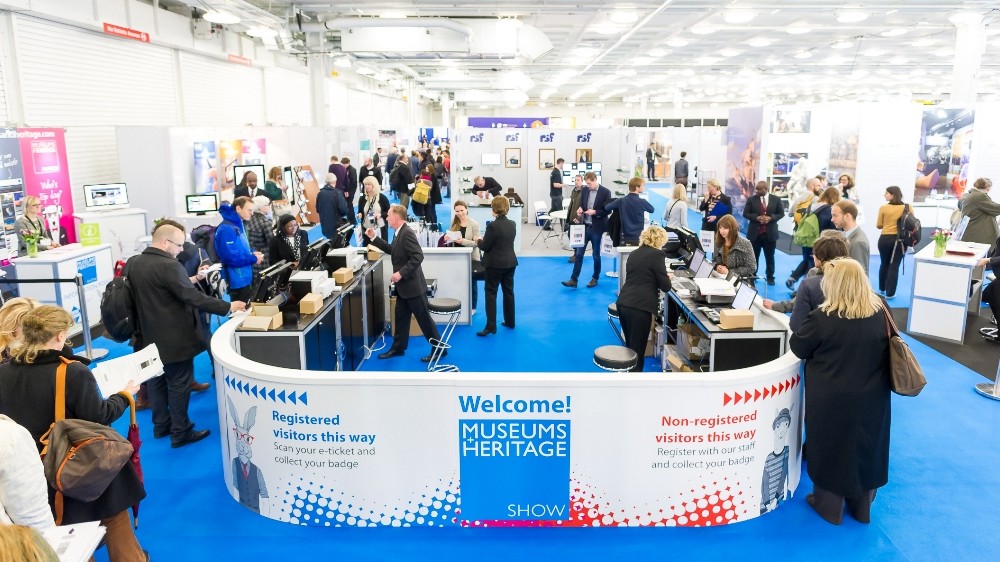 The Museums + Heritage Show in London

In May it was announced that Auckland Castle would receive £9m from HLF for major redevelopments, the Rijksmuseum won European Museum of the Year, and ALVA’s director Bernard Donoghue set out his recommendations to politicians in the run up to the General Election. We published features on English Heritage’s Eltham Palace and the Conservation of the Waterloo diorama at the Royal Green Jackets Museum. 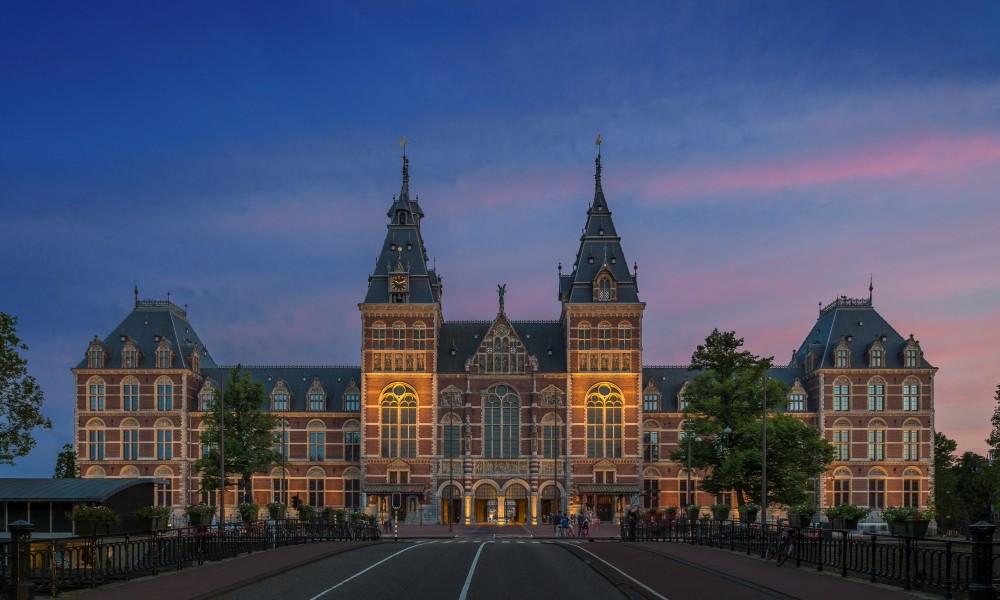 Riksmuseum is crowned European Museum of the Year

I Love Museums is launched in a attempt to lobby politicians on the importance of museums, HLF publishes a report on its 20 year anniversary and the billions of pounds it has ploughed into museums and heritage sites around the country. AIM launched a new framework and Hengistbury Head was named winner of the £1,000 Museums + Heritage Show Fund. We also published a feature on the transformation of Cardigan Castle from town eyesore into impressive heritage attraction and an In Focus report on Collections Management. 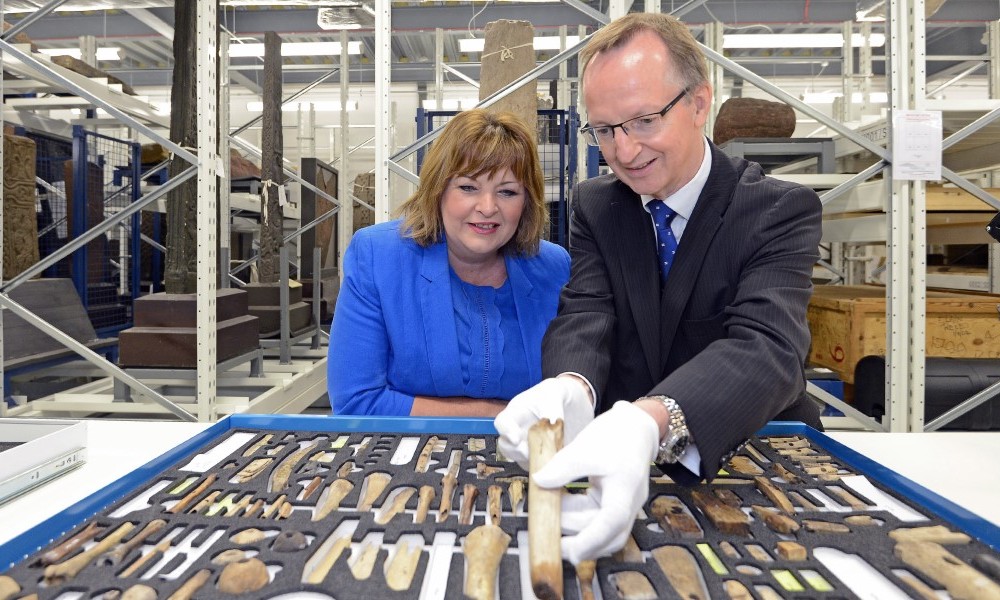 York Art Gallery and World of Wedgwood open following significant makeovers and the National Trust opens its WWII tunnels. We publish a feature on National Maritime Museum Cornwall’s Viking Voyagers. And in news it is announced that the poppies exhibition will go on tour and the Old Royal Naval College prepares for £5m conservation of its painted hall. Our Museum is launched by the Paul Hamlyn Foundation and Future Proof Museums is launched and the government announced five-point plan to boost tourism. This month’s In Focus feature is on the Transporting and Packing of museum collections. 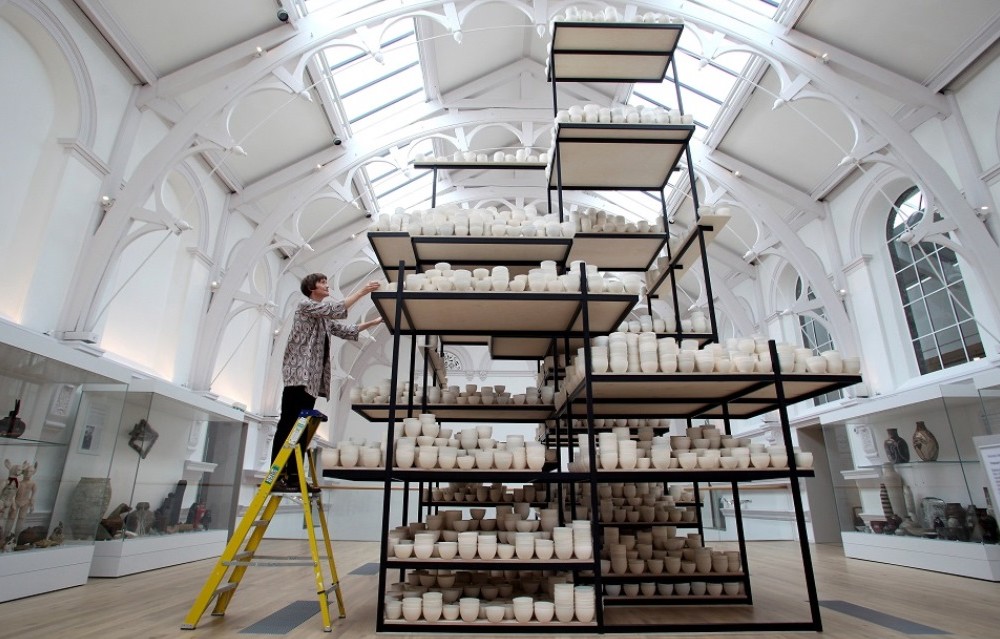 We publish a feature on History of Place a special project to explore disabled lives and supported by HLF, as well as Glasgow Women’s Library, which was reaccredited as a museum and was about to unveil its new £1.4m renovation. The Art Fund relaunches its Edible Masterpieces fundraising project as a competition, Tate launched its Sensorium exhibition, ACE closes applications to Museum Resilience Fund as it awaits the outcome of the Government’s Spending Review in November. Scotland’s Museums are boosted by £500,000 investment by Museums Galleries Scotland and Welsh government publishes comprehensive review of its museums. Our August In Focus is on Temporary and Touring Exhibition. 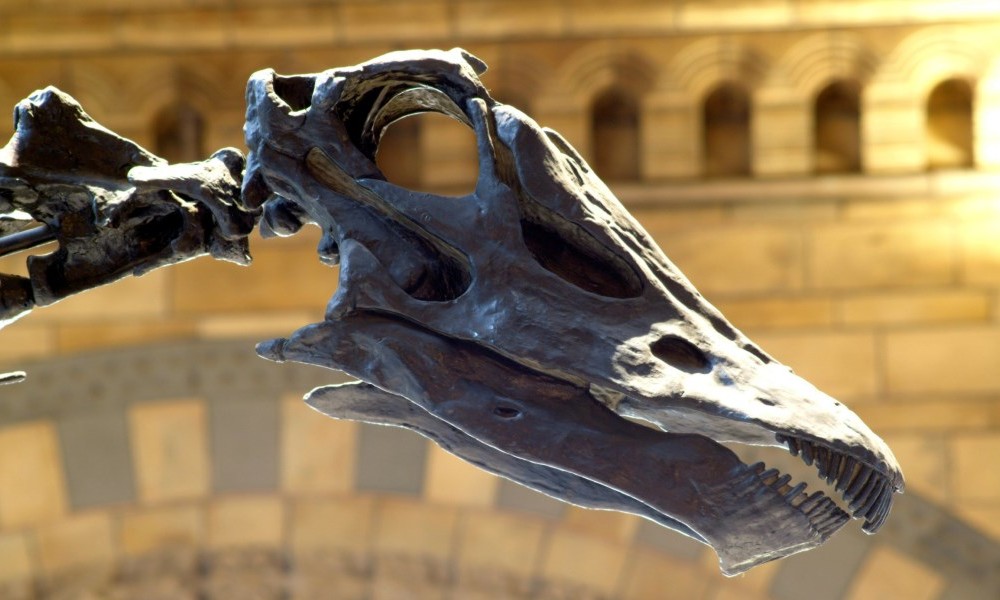 In Focus report on Temporary and Touring Exhibitions features the Natural History Museum's Dippy, who will be on his travels in 2016

Carole Souter announces she will be stepping down as Chief Executive of HLF and Hartwig Fischer is announced as the new director of the British Museum. Tullie House is winner of Family Friendly Museum. Tate announces its £260m new Tate Modern building to open in June 2016. We publish features on the British Museum’s Celts: Art and Identity exhibition and The Matho Museum Project in the Himalayas, and this month’s In Focus feature is on Accessibility in Museums. 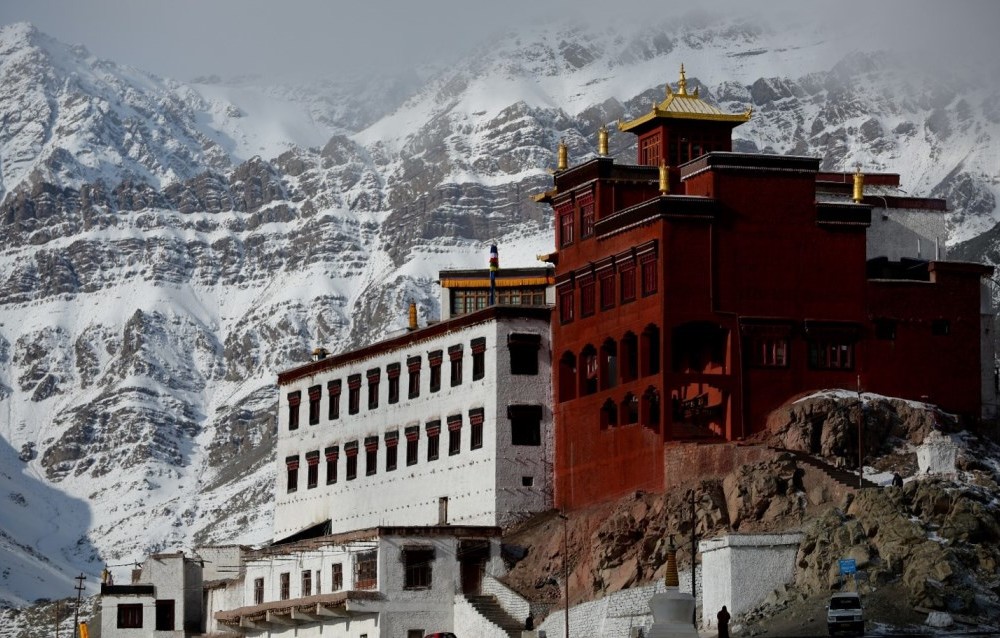 The British Museum announced that it is setting up an Emergency Heritage Management programme in Iraq. Museums at Night held its second instalment of 2015 and we interview Culture24’s Nick Stockman on the event’s future plans and a satsuma art work becomes Art Fund Edible Masterpiece. We also featured an ambitious project, Night of Heritage Light where UNESCO World Heritage Sites were illuminated across the UK. ACE published an independent report on the funding of local authority museums and the new heritage body Historic Environment Scotland becomes operational. This month’s In Focus feature is on Income Generation. 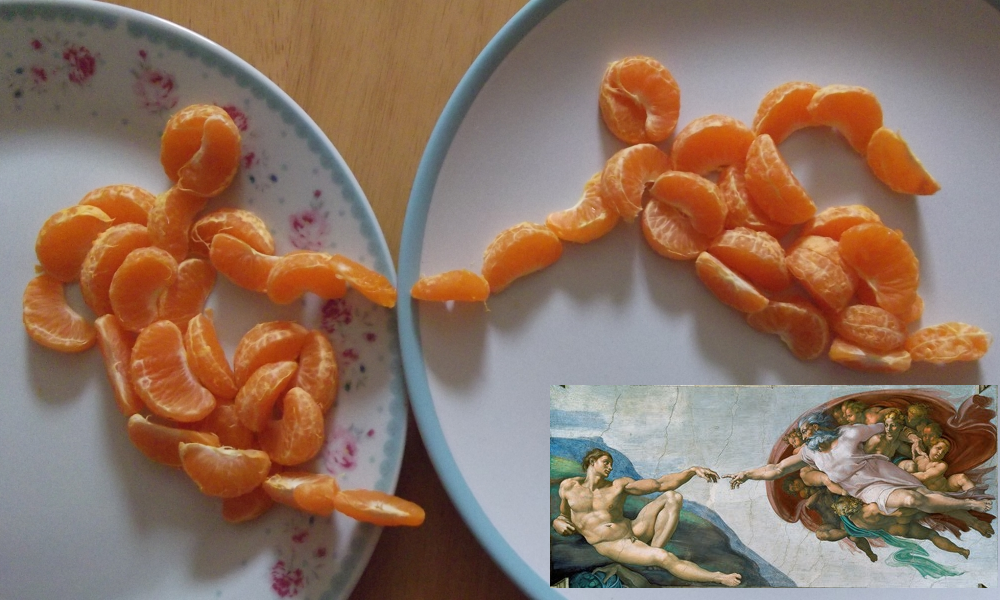 In November the chancellor announced the government’s spending review which secured funding for national museums and ACE but heralded a swathe of cuts for local authority museums as local councils faced a 25 per cent cut in funds. These included five museums earmarked for closure in Lancashire. Also in November Museums + Heritage Advisor teamed up with Kids In Museums for their Takeover Day and published schoolchildrens’ reports including Stonehenge School’s takeover of Stonehenge. We also announced that the Museums + Heritage Awards for Excellence were open for entries. The Science Museum announced it would be holding an Astronights sleepover for adults. 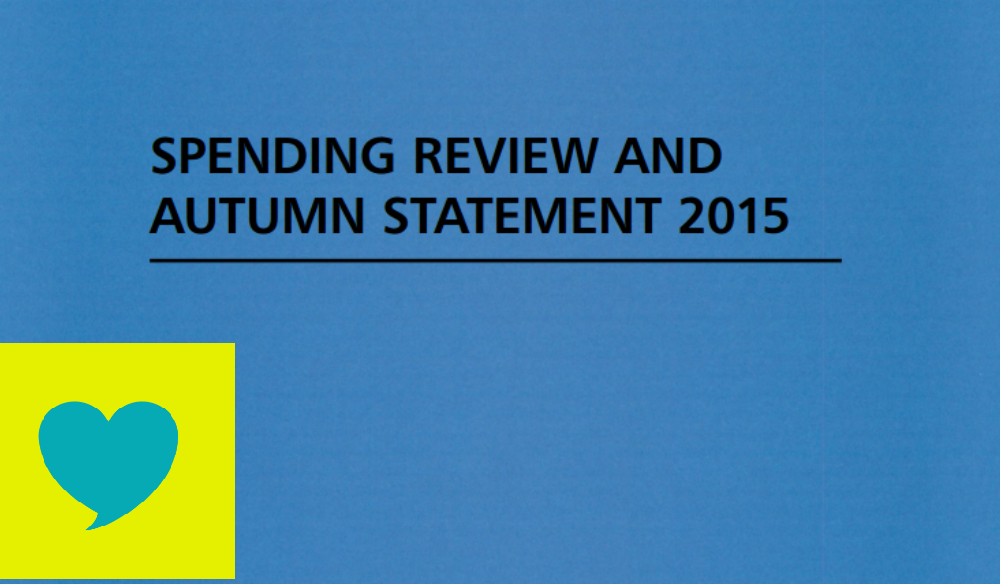 In December we published our final In Focus of 2015 on Technology in Museums. We also published a comment piece by ACE’s director of Museums John Orna-Ornstein on the ups and downs of the Spending Review, a feature on the V&A’s opening of its Europe 1600-1815 Galleries and announced a new Volunteers category added to the Museums + Heritage Awards for Excellence Programme.

We look forward to bringing you more quality news, features and analysis in 2016! 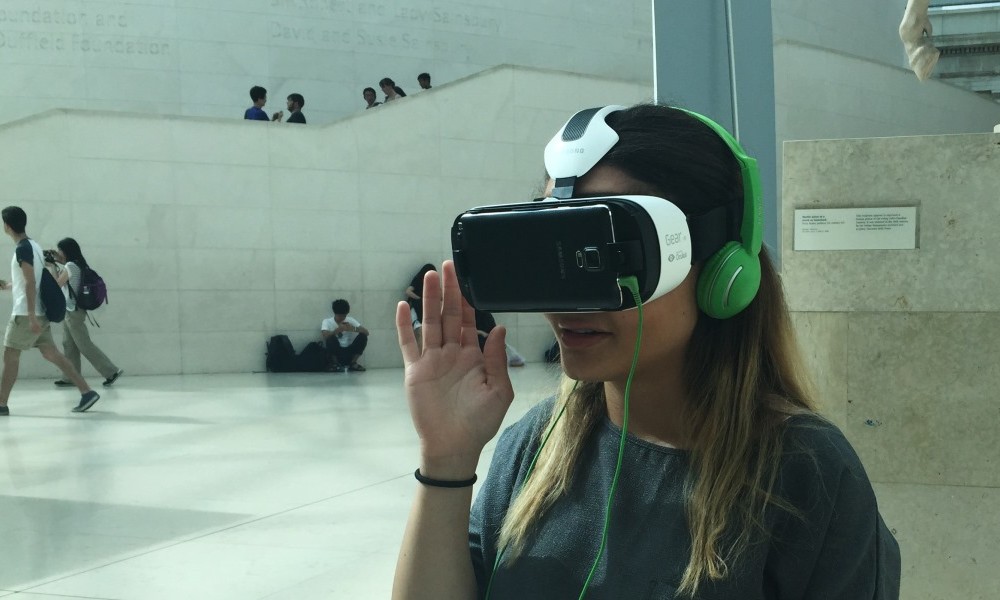