In a small village in Leicestershire a 317-year-old Grade I listed school building is getting ready for its latest reincarnation as a mixed use building with primary school, teenage learning centre, museum and heritage attraction and venue for hire.

Under the umbrella of the Sir John Moore Foundation, the former boys’ grammar school became a primary school in 1957 but faced closure in the mid-1990s before being rescued by a public appeal and a £2m Heritage Lottery funded project.

The building, situated in Appleby Magna, was designed by Sir Christopher Wren, with local architect Sir William Wilson completing the build, and funded by the Lord Mayor of London Sir John Moore for the benefit of his home county. 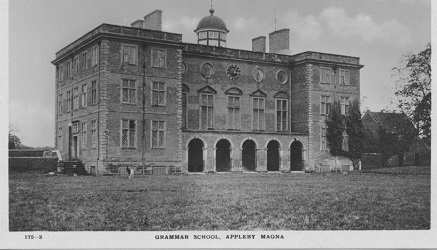 The grammar school was built in 1697, with original designs by Sir Christopher Wren, and funded by Sir John Moore

Now 10 years after the extensive rescue work The Sir John Moore Foundation is applying for an Arts Council grant to enable it to move ahead with plans to make it more sustainable, historically stimulating and better used by the surrounding community.

“In 2004 we created a museum in the upstairs dormitories set in the year 1891, but we want to tell the story from 1697 and keep it going as it is still being used for education nearly 320 years on,” says foundation manager, Deana Wildgoose.

The museum includes the village boys' classroom, headmaster's study, dormitory and clock room as well as many photographs, ordinary objects, scrap books and a punishment log. 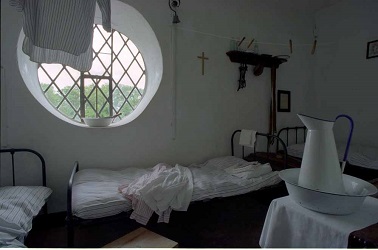 The old dormitories form part of the museum

“Although the rescue was completed in 2004, there are still restoration and improvement works to be completed and we are trying to raise money for these,” she says.

“We are also putting together a bid to the Arts Council to help develop and share our experiences at running the alternative provision as well as integrate the heritage aspect into the general sustainability of the building.”

As well as the successful Sir John Moore Church of England Primary School, which has 140 pupils, the foundation also teaches 20 teenagers in its Alternative Provision Centre.

“The charity is self-sustaining and is always looking for ways to share what has been achieved and be more sustainable and resilient,” says Deana.

The foundation is planning projects such as 'Creative Summer Sundaes' where it will encourage people to come together for arts and heritage inspired days and it is starting a new monthly get together of creators from the local area.

“What we want to do is to promote the building better as a great venue that can be adapted to suite many uses,” she says.

It was lack of investment in to regular maintenance and major works required during the mid-1990s that saw the school earmarked for closure.

It became so serious that a new school building was planned in a neighbouring field and the building would have been lost to the local community.

However, after much protest from the villagers the school remained open. It received a £2m grant from the Heritage Lottery Fund, Department for Education and Skills and others to renovate the whole site.

One of the most popular events for hire are weddings with a ceremonial licence given in 2007 and an award winning Cellar Bar created in 2008.

The foundation has also won a number of awards in recent years from Leicester and Rutland Rural Council (RCC) including heritage awards and the Community Achievement Award 2014 in October for its work with the teenagers. 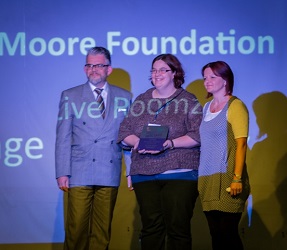 “The team at Sir John Moore are full of passion and enthusiasm for this project. Although there are some paid staff, this is a vocation which takes up much of their own time,” says Pat Crane, Chair of the RCC awards committee.

“The experience at Appleby enriches the lives of disadvantaged young people throughout Leicestershire.”

The Foundation teaches the teenagers a whole range of skills including those to do with Museums and Heritage and plans to introduce a 'curatorship' accredited qualification through the Open College Network as part of its bid to develop the Alternative Provision. 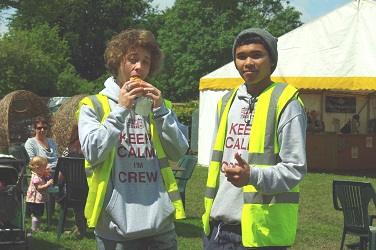 “The teenagers will learn these skills and pass some of them on to the primary children, which in turn will get them peer mentoring certificates,” says Deana.

“It’s all about creatively using the spaces we have to make it sustainable while being relevant and accessible to as many people as possible – we will keep on trying and testing new ideas and learn from our mistakes.”