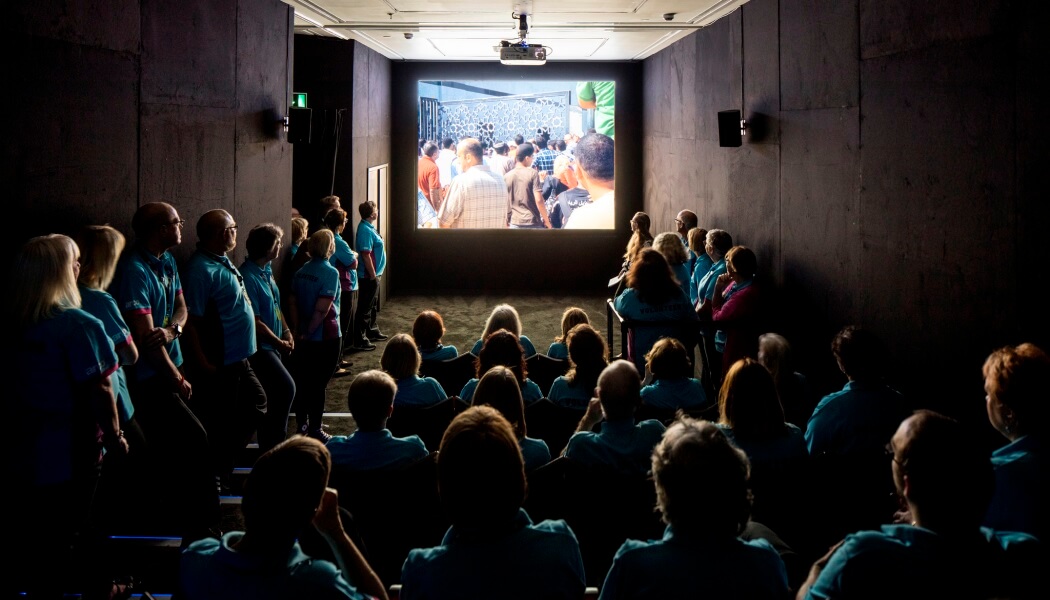 Advisor on Film: Hull UK City of Culture 2017 – bringing a city together

Museums and galleries in Hull have been experiencing a wave of exposure this year as the city celebrates its title of UK City of Culture, which it hopes will continue in the years to come

With this project having such a great impact on bringing together communities through culture, and also attracting new tourism and inward investment, Advisor made the trip to the East Riding of Yorkshire to film the city of culture in flow and speak to key players

More than one million visitors had passed through the doors of Hull’s museums by the end of August, a figure organisers say they expected to reach by the end of the year (it’s the highest figure since records began in 1960). This is the equivalent to four times the city’s population and is an indication of how popular the status of City of Culture 2017 is and also how successful the publicity surrounding the year-round programme of events and exhibitions has been.

A walk through the city’s streets will tell you something’s happening as posters, street signage and lamppost signs announce that Hull is UK City of Culture and proud of it. Galleries and museums are busy, the new cultural quarter in what was a fruit market offers an alternative edge to the cultural offer and people in pubs and shops are ready to engage in a quick chat about why you’re in Hull and how the City of Culture has got their fellow citizens enthusing about the port city in a mostly positive way. As well as this, you can’t help but meet some of the 4,000 volunteers in bright fleeces assisting visitors across the city who tell you they have built up solid friendships over the past year and seen a different side to their city as more-and-more people are getting involved with the cultural events on offer. 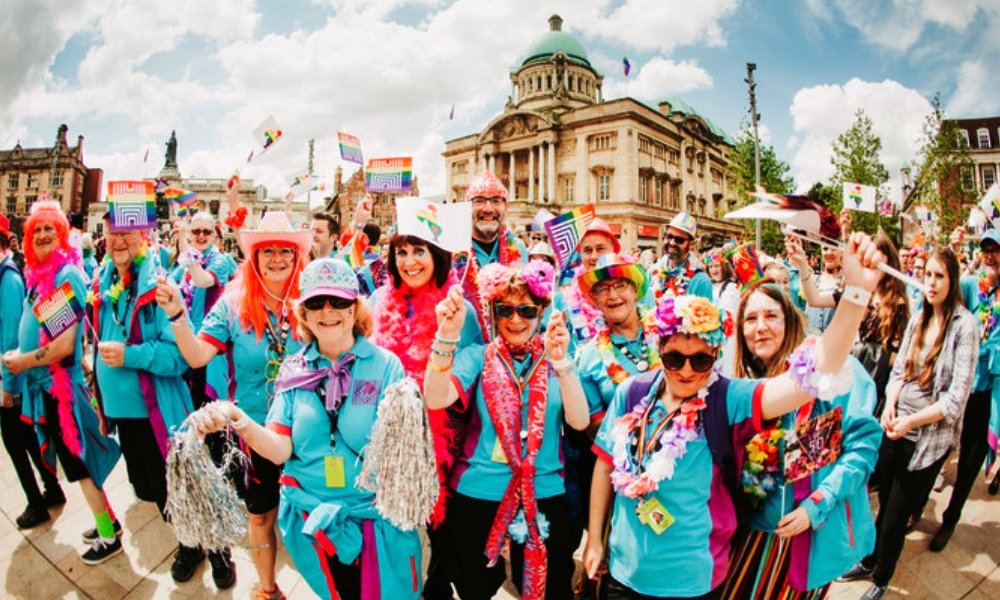 This year, says Phil Batty, Director of Public Engagement & Legacy, Hull 2017 UK City of Culture, is a catalyst year for Hull becoming a world-class visitor destination over the next ten years as part of a city plan for Hull. Figures suggest that nine in ten residents have been to at least one cultural event, exhibition or activity related to the city of culture, which is in stark contrast to four in ten before 2017. Hotel occupancy and train journeys into the city have also increased by 10-20 per cent.

“It’s an incredible opportunity to fall in love with your city all over again,” he says. “And I think any city bidding for city of culture needs to spend time during that bidding phase talking to local people, working with local people, local arts organisations to find that narrative and find that thing that makes your city distinctive from any other city in the UK or the world. I think for Hull that story has been key to the success so far.”

The initiative is overseen by the Department for Digital, Culture, Media and Sport and Hull was given a boost in 2016 by a £13m contribution by the government. The award for city of culture is given every four years to a city that demonstrates the belief in the transformational power of culture. This has been led by a council that continues to support its cultural assets and ploughed £3.7m into the £5.2m refurbishment of the Ferens Art Gallery, which reopened in January and was a key part of the bid.

As well as the programme of events, the investment in the cultural buildings such as the Ferens Art Gallery refurbishment continues with a £16m redevelopment of Hull New Theatre recently completed and the creation of the Fruit Market cultural quarter with the new Humber Street Gallery offering exciting contemporary art over three levels.

Recently the HLF announced, along with the council, a significant £27m investment in the maritime offer in the city with Hull Maritime Museum being a key part of that regeneration that will continue to tell the stories of Hull’s relationship with the sea, which has been such an important part of the narrative so far this year. Collaborations between galleries and also businesses have also increased says Batty as they have found that by engaging with arts, culture and heritage there is an opportunity to become a bigger part of the story of place.

“I think businesses have seen a difference in their workforce, a difference in the way that people who come to work every day feel about the place that they work and the place that they live in. I think it’s about creating connections and these are things that wouldn’t necessarily have happened before City of Culture and this has been that excuse for conversation that we want to see continue into 2018 and beyond.”

Hull heard that its bid had been successful in 2013 and this has had an extraordinary effect on its cultural offer but has also meant increased workloads for the city’s museums and gallery staff. None more so than at the Ferens Art Gallery, which is currently hosting the Turner Prize and has seen its footfall increase from 127,000 in 2016 to 400,000 in the first nine months of 2017.

“The effect of City of Culture has been to really take things to a new level in terms of exposure with lots of positive media coverage, which has been pretty overwhelming,” says Kirsten Simister, Curator of Art at Ferens Art Gallery.

She says this was epitomised in the summer of 2016 when the gallery commissioned the American photographer Spencer Tunick to host an event and exhibition in the city. Tunick, famous for his ambitious installations featuring crowds of nudes, created Sea of Hull and orchestrated 3,200 people from Hull and elsewhere to strip and be painted in four different shades of blue before being filmed and photographed walking through the city’s streets sending word of Hull’s impending title as UK City of Culture worldwide. 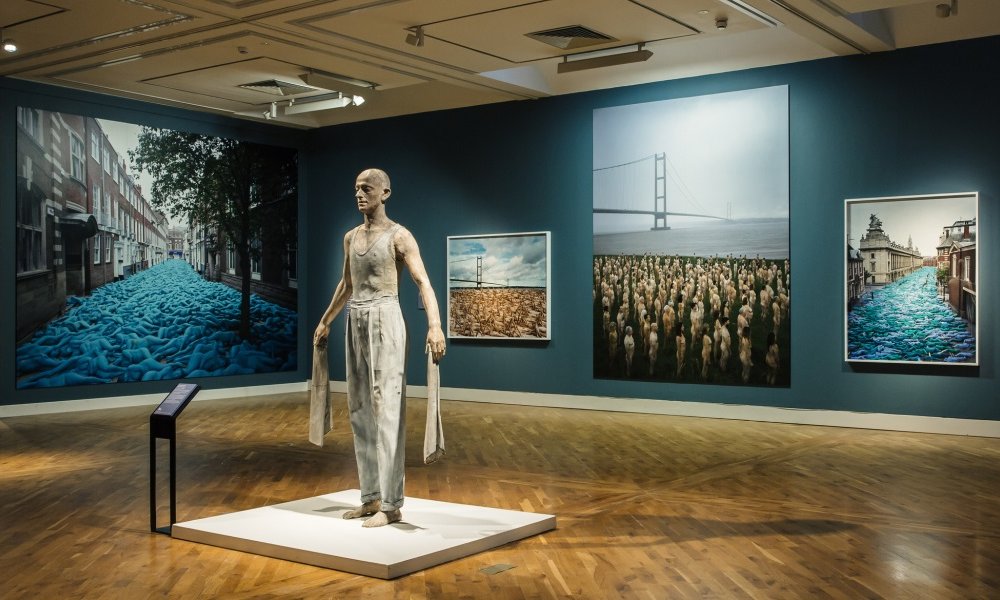 SKIN at the Ferens Art Gallery

“The legacy for the gallery as for the city will be the inward investment, which has been extraordinary and unprecedented and led to a desire to make our infrastructure better with the refurbishment. It places us more strongly moving forward to secure high-profile loans,” she says. “We want to continue to demonstrate some of the same ambition we have had this year and we want to continue to build on that great work but we want to keep it real and we’ll need to do a little bit less in future.”

The award of the title of City of Culture has been a great catalyst in terms of unlocking funding for the refurbishment of the gallery and has also opened doors for the gallery in terms of securing significant loans that have enhanced its programme this year, including work by Lucian Freud for the SKIN exhibition, which also featured photographs from Tunick’s Sea of Hull.

“After the bid win everything became real and had to be realised, which saw the gallery not only undertake its £5m refurbishment but also raise funds to make it happen and at the same time plan a full programme of events for 2017,” says Simister. “This has resulted in a stratospheric increase in all kinds of things including budgets and workloads. The pressure on the gallery teams has been intense but the help from Hull 2017’s 4,000 volunteers has been invaluable.” 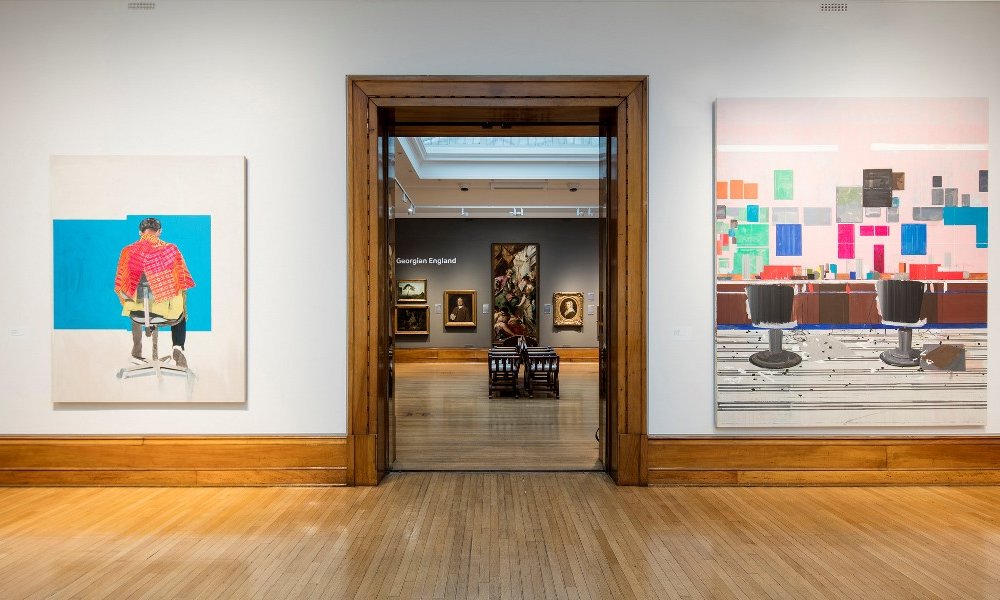 For the Turner Prize exhibition all four artists required four roughly similar spaces to show their work, which meant the curators had to remove a number of the gallery’s permanent artworks and clear collection display areas in several of its galleries to accommodate the temporary exhibition. However, this effort is sure to be matched by another surge of visitors to the exhibition, which opened on September 26 and runs until January 7.

“The width of the gallery’s engagement has expanded massively but we’re always very self-critical and thinking about the depth of engagement and the tie back to the local communities is something that we will seek to develop in the future. We had great plans to try and provide an even more varied interpretation but that wasn’t funded through our refurbishment programme. So everything is a work in progress and there was always going to be a lot more work to be done.”

From its experience taking part in the City of Culture it is now the gallery’s intention to invest more in learning and interpretation in the future as well as engagement with communities, which is a key part of the NPO funding it will be receiving from the Arts Council in subsequent years. And for Hull’s museums and galleries as a whole, the future aim will be to harness the enthusiasm and excitement for culture shown in 2017 and ensure they continue to grow and attract visitors from within the city and further afield.