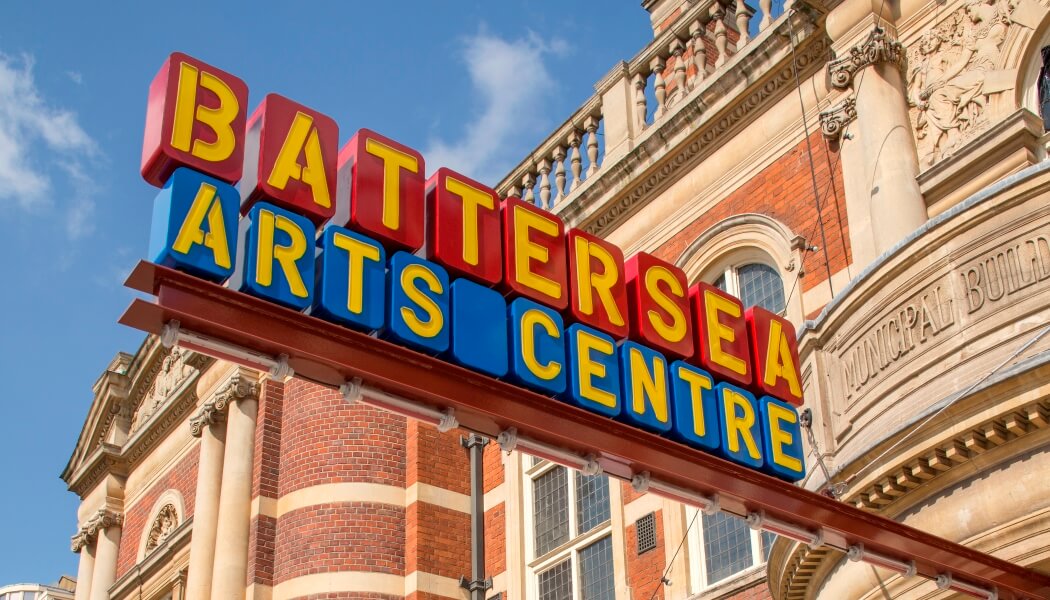 At the end of 2018 Battersea Arts Centre (BAC) marked the 125th anniversary of its building being opened as Battersea Town Hall, which since 1974 has been home to theatre and arts and, in 2016, the BAC Moving Museum

Here Advisor talks to outgoing artistic director and chief executive, David Jubb about how the merger of Wandsworth Museum into the BAC Moving Museum is a major part of the organisation’s future

The story of how Battersea Arts Centre added a museum to its fold can be pinpointed to a moment in 2010 when the Executive Director at the time, Rosie Hunter found a dusty, old plaque covered up behind a curtain that had been hidden for years. The plaque was in commemoration of George Neighbour, who died saving the lives of three women in a fire that destroyed the Arding Hobbs department store in Battersea in 1909.

“We became fascinated with who this man was after discovering the plaque and it connected with our interests as theatre makers and storytellers,” says David Jubb Artistic director and chief executive. “Museums have amazing stories and theatres and arts centres like telling stories, so it felt like that was the beginning of a journey, which led to creating an entire building-wide, family-orientated Christmas production The Good Neighbour in 2012.”

The discovery of Neighbour’s plaque and story resulted in the team becoming fascinated with the history of both the area and the building, which led to merger talks in 2014-15 between BAC and Wandsworth Museum.

The museum had found difficulty with funding and finding a permanent home for the past decade. It had been run by Wandsworth Borough Council until 2008 when, following council funding cuts and threat of closure, it became an independent museum with the help of a £2m donation from Hintze Family Charitable Foundation and support from Friends of Wandsworth Museum. 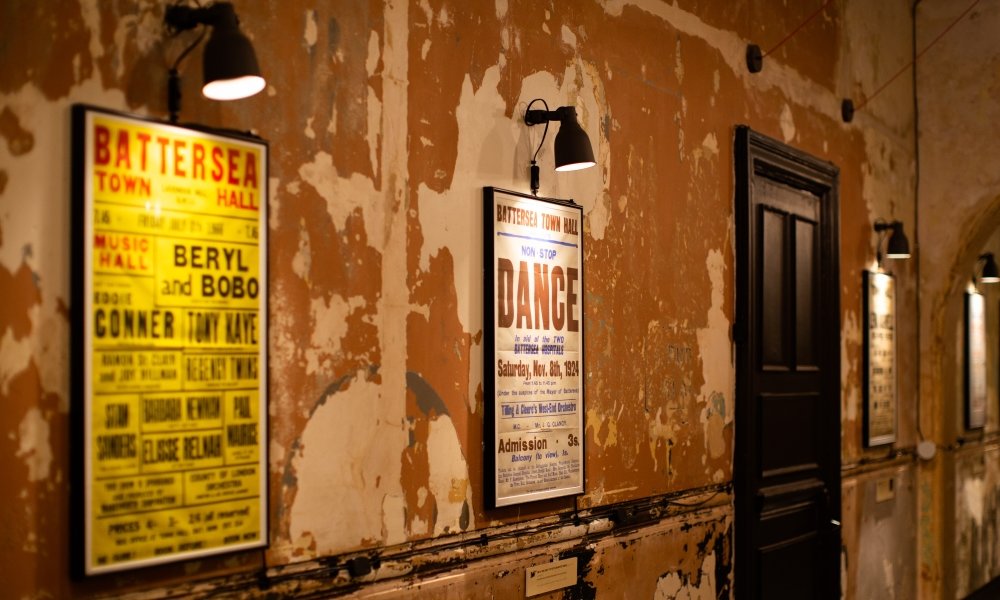 However, when Wandsworth Museum was coming to the end of its cycle of work, as Jubb puts it, in 2015, BAC was able to bring the two organisations together and find a ‘creative and sustainable way of further developing the museum and secure its long-term future’. It is now the custodian of the council-owned Wandsworth collection, which is a social history collection of 11,000 items including a significant body of watercolours.

“And that developed into the BAC Moving Museum, which is the idea that the museum moved around the building, as we don’t have a single room with cabinets and objects in it with interpretation. We deliberately try and move the stories around encouraging our visitors and our audiences to explore the building. The museum also moves around the borough and we have also run national programmes, so it moves around the country but also moves you, it should move you to tears, it should move you to think, to be inspired by the stories.”

And Jubb says it is the extraordinary history of the building and the stories that surround it and the borough that have been an inspiration. He explains how the people of Battersea decided to build a new municipal building they thought their area deserved in 1893 before it actually became a borough ‘so it was built as an act of faith and also a statement of confidence’. This area of south London became the Metropolitan Borough of Battersea 1899 and the building duly became Battersea Town Hall.

Both the building and borough have a very radical history with London’s first black mayor, John Archer, elected there in 1913 and Suffragettes such as Emmaline Pankhurst and Charlotte Despard campaigned in the building on many occasions.

Jubb says its history of the building has always played a very strong role in the identity of Battersea, Wandsworth and the neighbouring borough of Lambeth. “We often talk about being inspired by our past to invent our future.” 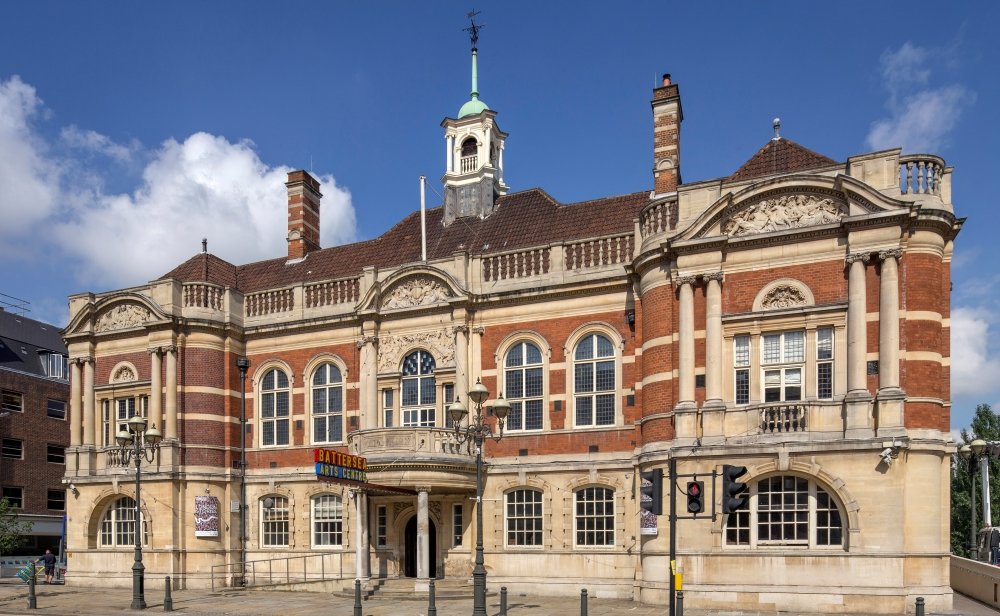 In March 2015 BAC suffered a major fire that ripped through the roof of the building damaging the Grand Hall. With support from the Arts Council, Big Lottery and Heritage Lottery Funds, as well as donations from more than 600 individuals, a £13.3m capital project of restoration and redevelopment followed with the future of the arts centre and museums aided by a 20-year rent-free period granted by Wandsworth Council.

“Thankfully the Wandsworth Collection is stored off-site in specialist, temperature and climate-controlled facilities and is well protected. The Grand Hall was very seriously damaged in the fire and we thought at one stage we might lose it completely. But the public responded in such an incredibly positive way and either donated, offered support or lent us kit or just a shoulder to cry on. It was the most incredible wave of support and that meant we were effectively able to rebuild the grand hall. We built around the ruin of the hall and the architects very brilliantly used that pattern to develop something the Victorians would have been proud of.” 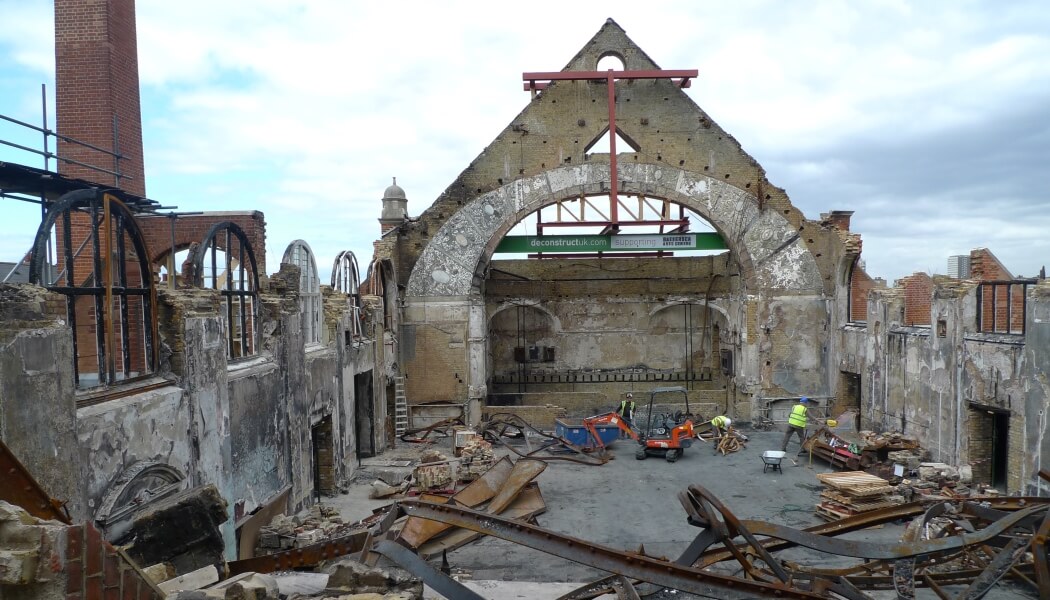 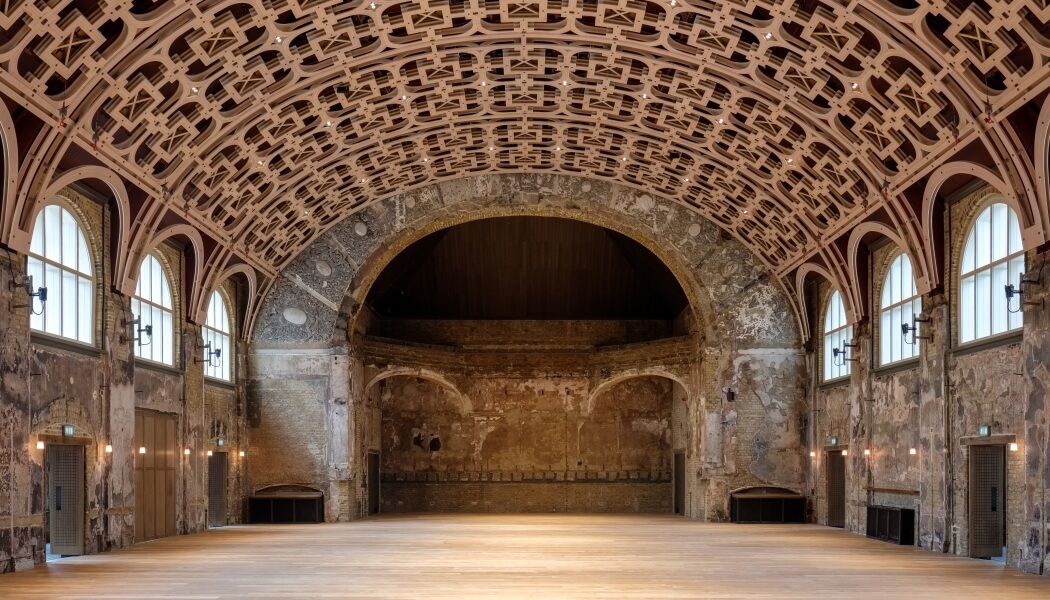 BAC’s recent Christmas production and exhibition Return to Elm House, which is part of its Phoenix Season to celebrate the opening of the restored Grand Hall after the 2013 fire, used evidence from the Wandsworth Collection. Elm House stood on the land the BAC now sits on and was the home of Jane Nassau Senior who was this country’s first female civil servant. She developed the idea of foster care in England and was a social pioneer.

“She is one of those quite extraordinary women who has been written out of history. What she did and what she achieved has not been celebrated and if she were a man, we would know about her and I think it’s a disgrace that we don’t. So, we are trying to put that right and making sure her life is celebrated.”

Community engagement is at the heart of the BAC Moving Museum and in 2016 a production called London Stories Made by Migrants saw the participation of 25 Londoners who had migrated to the city, some of whom were refugees fleeing war and persecution and some who have come for love or work or other reasons. They used part of the Wandsworth Collection to express their narrative from the past migration in the mid-1700s of the Huguenots, some of whom settled in Wandsworth.

“It’s trying to invert that idea that often in a museum you walk in see the objects and read the interpretation that goes with it, we engaged you with a story first, so you have an emotional and intellectual experience and then you would see the objects that were related to those stories.” 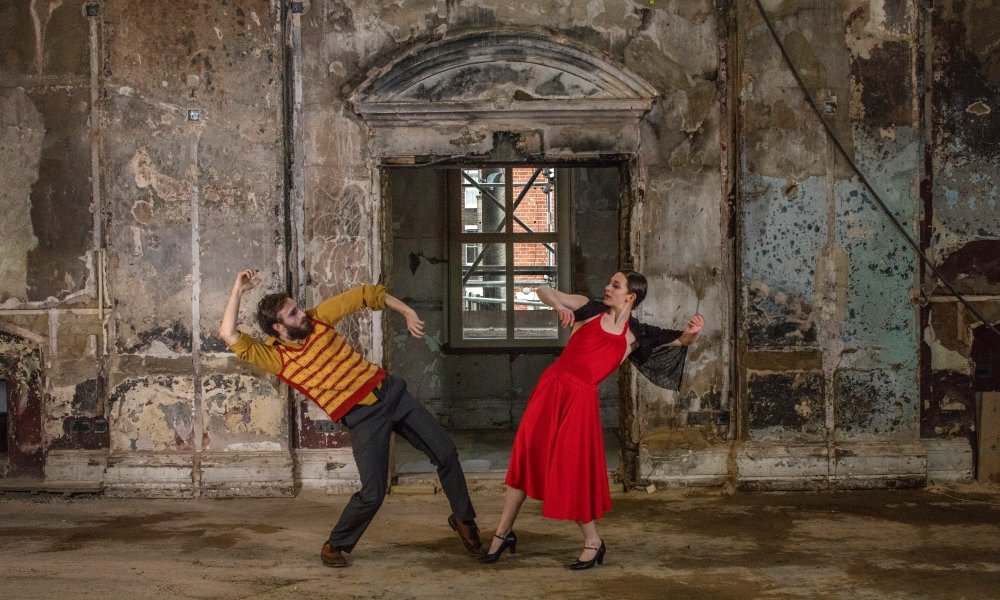 BAC Moving Museum is also concentrating its efforts on schools and making the handling of objects in its collection a way to inspire the young. Its Time Keepers Project, for example, is based on the idea of an archivist character who goes into schools and can help young people think about time travel and cover episodes that have happened in their local area.

“We are very much interested in having a museum not just to look back and put historical spectacles on but also to look forwards and say: ‘Well if this has happened in the past well what does this mean for our future?’ as a community, as civil society – what does the past of Battersea of Wandsworth and Lambeth mean for our collective future?”

Since becoming a museum in 2016, the BAC team have been running a programme under the banner of Creative Museums, which expanded their already established Scratch programme, which has been running since 2000, to work with museums across England. The idea of scratch is, in a theatre context, that an artist will test an idea out at an early stage of its development, ask an audience for a response and feedback and will then consider what that means to the development of their idea.

This was put into a museum context to give the audience a more active and creative role in helping shape the development of future programmes. In the past almost 20 years Jubb says BAC has used Scratch in all kinds of different ways, including the architectural development of the building, developing its programmes, development of a business model and its staff model. Essentially the creative museum project was to take that idea out and work with a number of different museums around the country, which included six partners including Manchester Jewish Museum, Nuneaton Museum, Brent Museum and Archive.

BAC Moving Museum is however, very much in tune with its local community and determined to make it a welcoming and useful space for all. “This is a wonderful building and means a lot to the community but it is an imposing Victorian building and for some people it is a bit scary. We work really hard to get people here and keep it free to enter but we also recognise nevertheless it will be a barrier for some people to walk into.”

To help with its desire to be accessible, BAC Moving Museum runs a programme called The Agency, which helps young men and women on local housing estates create their own business or project. It asks young people what their desires are and what they are interested in and how they as an arts centre and museum can help in developing these ideas – in essence, it invites youngsters to come and use the building as a resource and its team and its collection and creative processes that help them develop their ideas.

“I think that young people in any community need hope, optimism and opportunities, says Jubb. “And I think as museums and arts centres we are perfectly placed to provide space and work with young people to find out what they’re interested in. That’s incredibly important in any work we do.” He says that too often youth focused work can just provide a model where they are asked to come and join in with what we an organisation is already doing. “Sometimes that can be an effective approach but sometimes I also think it is also really important to ask young people what they’re interested in.”

This has led BAC Moving Museum to become interested in the idea of how people in local communities are increasingly becoming activists and are thinking about how at a local level and beyond people can take action themselves, which can lead positive change.

Jubb says the collection and the way BAC Moving Museum enables people to access those stories can play a very significant and important role in that future.

Since M+H Advisor’s interview with David Jubb late last year, it has been announced that he will step down from his role as artistic director and CEO to be replaced in May by Tarek Iskander, who is currently Interim Director for Theatre at Arts Council England

Exhibition: London Stories: Made By Migrants one of the Observer’s top 10 shows of 2016

Christmas family theatre show and exhibition based upon the story Jeanie Nassau Senior, the pioneering social activist who once lived on the site of our building

A series of brand new permanent installations created by artists, designers and architects throughout the building

BAC Digital Archive as an open access archive charting the building’s history from its creation.