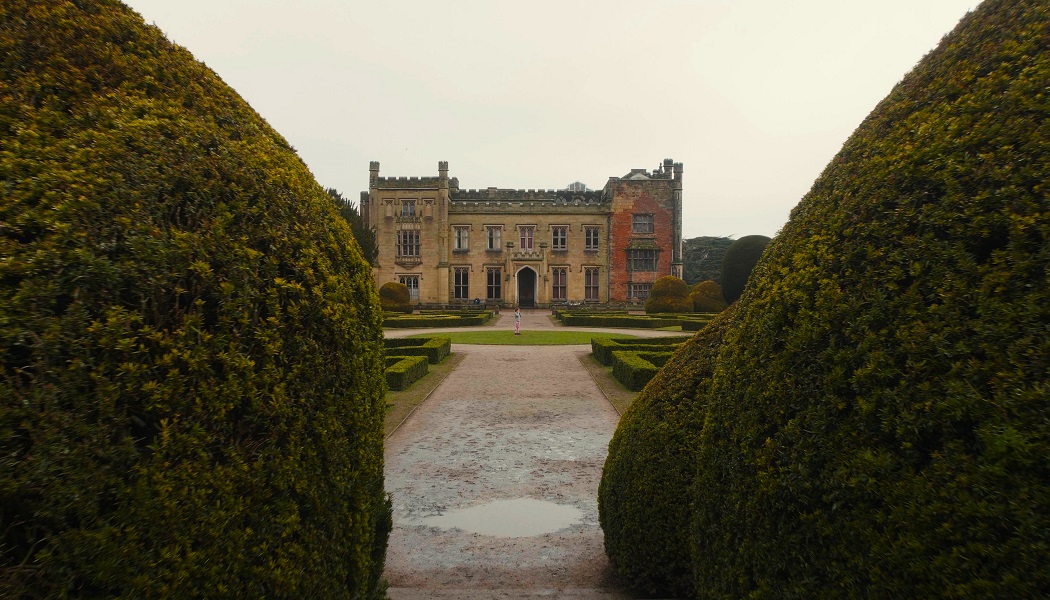 The stresses being placed on both the heritage sector and local government are laid bare as £35m restoration plans are drawn up to transform Elvaston Castle into a financially self-reliant attraction.

Designed by James Wyatt for the 4th Earl of Harrington in the 1830s, Elvaston Castle remains a beacon of Gothic Revival architecture nestled in more than three hundred acres of unspoilt Derbyshire parkland.

As with so many estates formerly in the hands of gentry, the site has enjoyed a far less ritzy existence in recent times – and on several occasions could well have been consigned to the history books.

The noble occupants left Elvaston after World War II and the ensuing decades weren’t especially kind to the property. At one point a proposal even identified the estate as ideal to be developed for mining.

In the 1960s, Derbyshire County Council stepped in to avert this fate and established Britain’s first country park at Elvaston. The attraction has, however, become something of a drain on the authority’s finances of late.

Rising upkeep costs have unfortunately coincided with a growing squeeze on council budgets, especially over the past ten years. 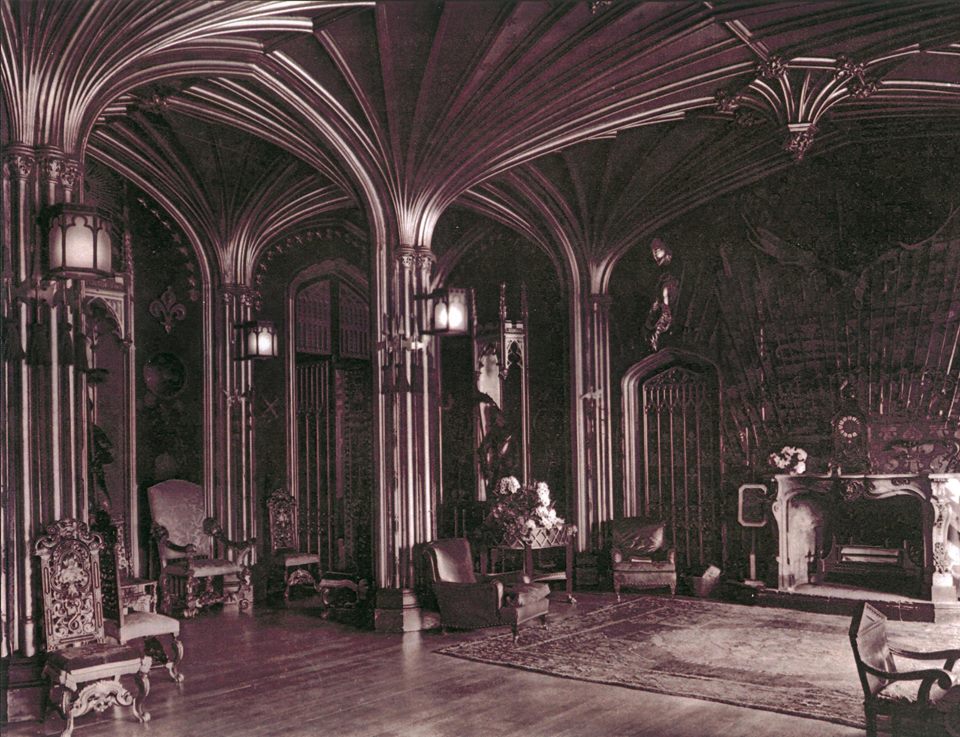 The interior of Elvaston Castle as it once was

The transition from lavish home to heritage attraction is all the more challenging given that the vicinity is awash with period properties vying for visitors.

Hardwick Hall, Chatsworth House, Haddon Hall, Calke Abbey, Eyam Hall and Kedleston Hall are just a few of the sites which make up a hotbed of historic grandeur across the East Midlands.

Despite welcoming around a quarter of a million visitors in an average year, the Elvaston estate and its assortment of outbuildings are in need of an overhaul if they are attract a greater share of visitors to the area and achieve coveted financial independence.

The notion of offloading Elvaston Castle is by no means a dereliction of duty from Derbyshire County Council. Money was tight long before the pandemic and is now of even greater concern. 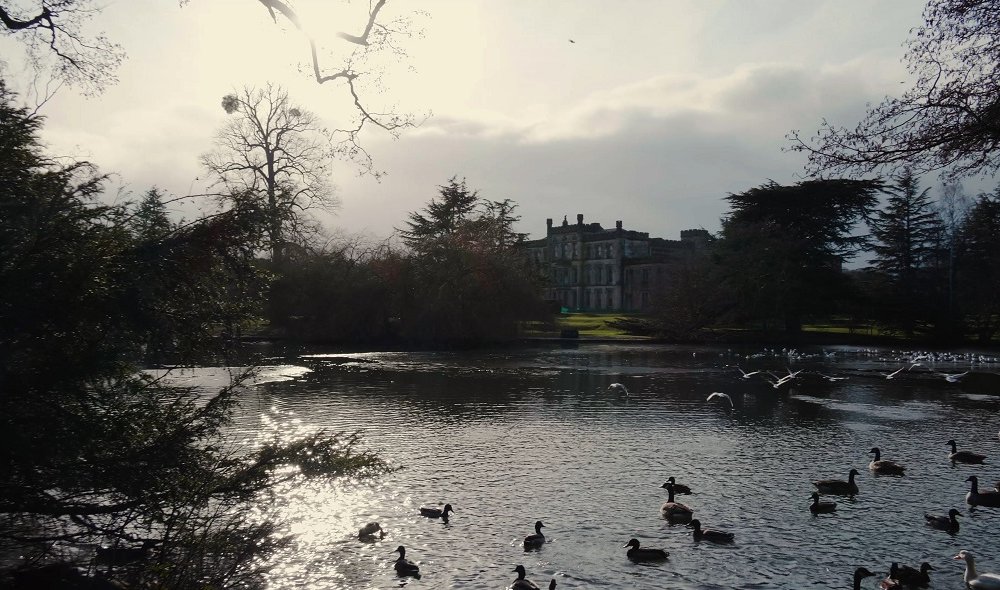 The public can freely access the Elvaston grounds, once Britain’s first country park

Council leader Barry Lewis last month cited “budget pressures like never before” when discussing fiscal plans for the year ahead. Balancing the books will mandate savings of £13.3 million in 2021-22 and approximately £72.6 million in the coming five years, the latest Council statement reveals.

With spending on public services such as social care continuing to spiral, other facets of the authority’s offer must be trimmed. Finding respite from the “significant on-going annual maintenance and running costs” associated with Elvaston is predictably appealing.

A similar cost-saving measure was proposed in the January 2020 budget – before Covid had ravaged public finances – which forecast that £70,000 could be recouped by transferring control of Buxton Museum over to a volunteer-led organisation.

Minimising recurrent obligations to the heritage sector is clearly on the agenda if exponential deficit rises are to be avoided.

The tired interiors and outbuildings of the Elvaston estate are in dire need of restoration. 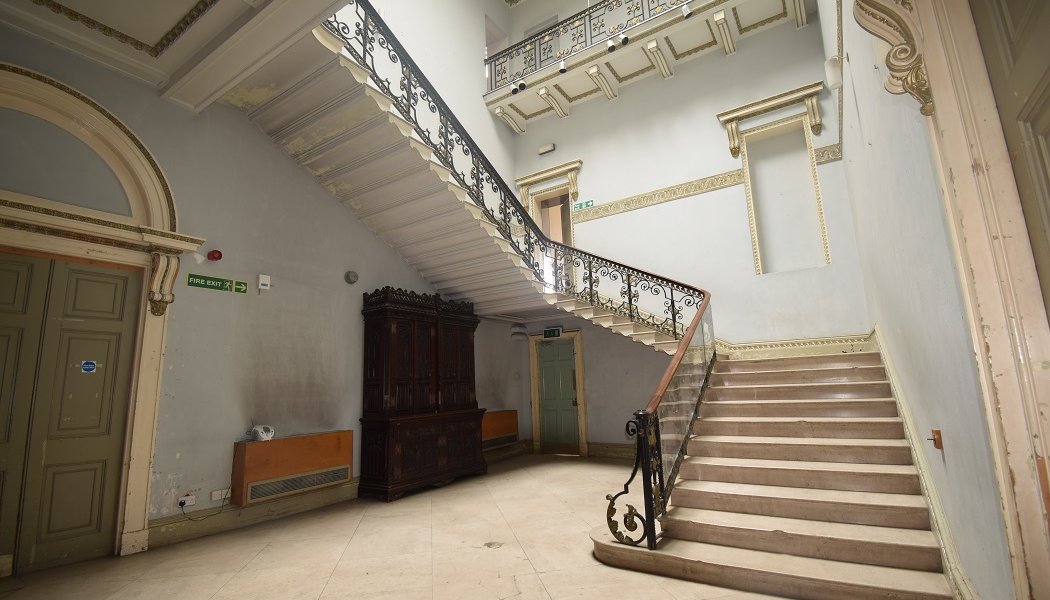 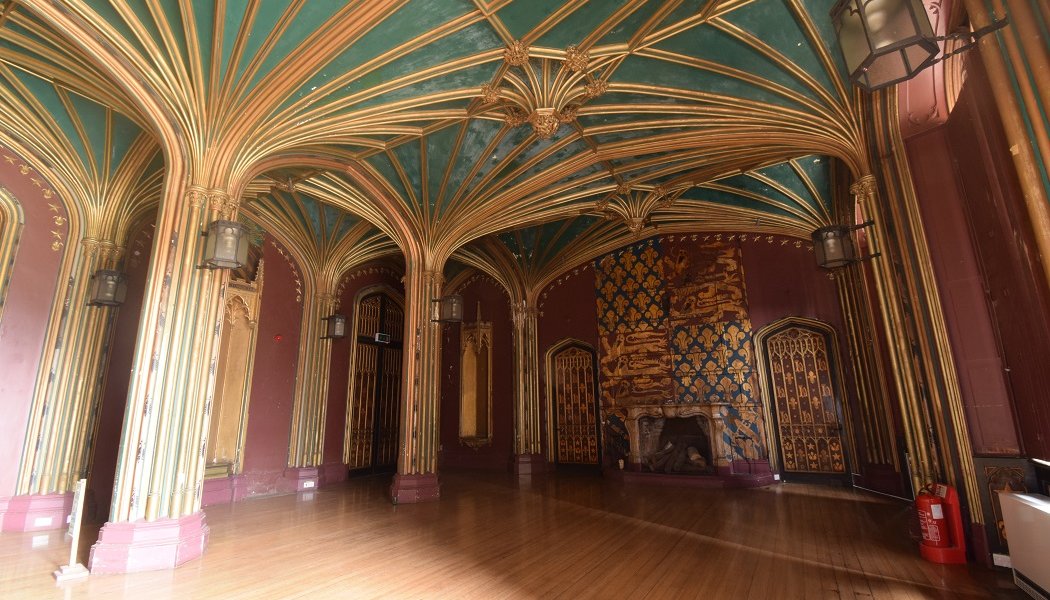 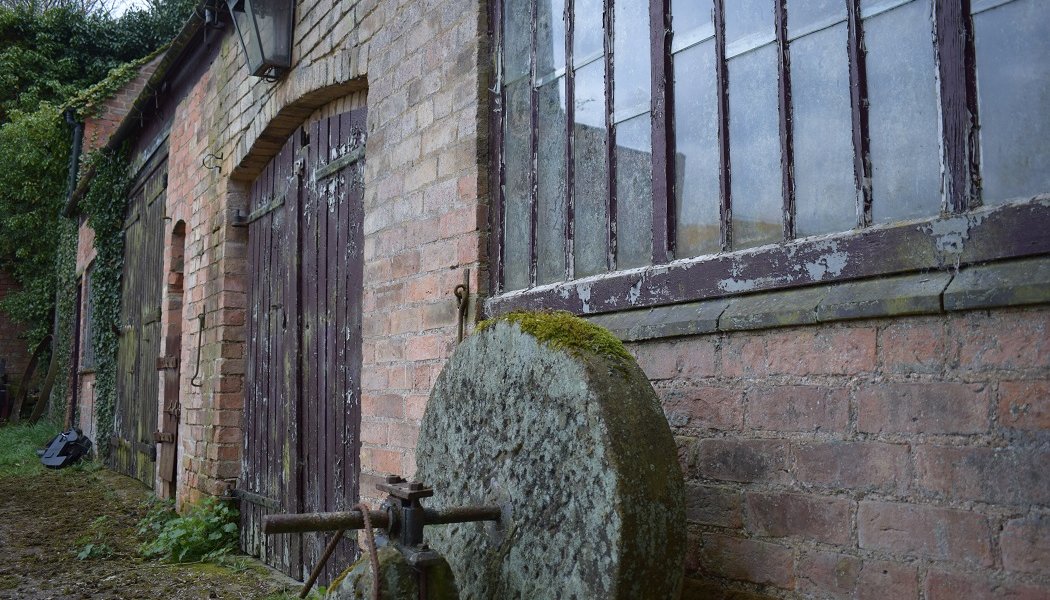 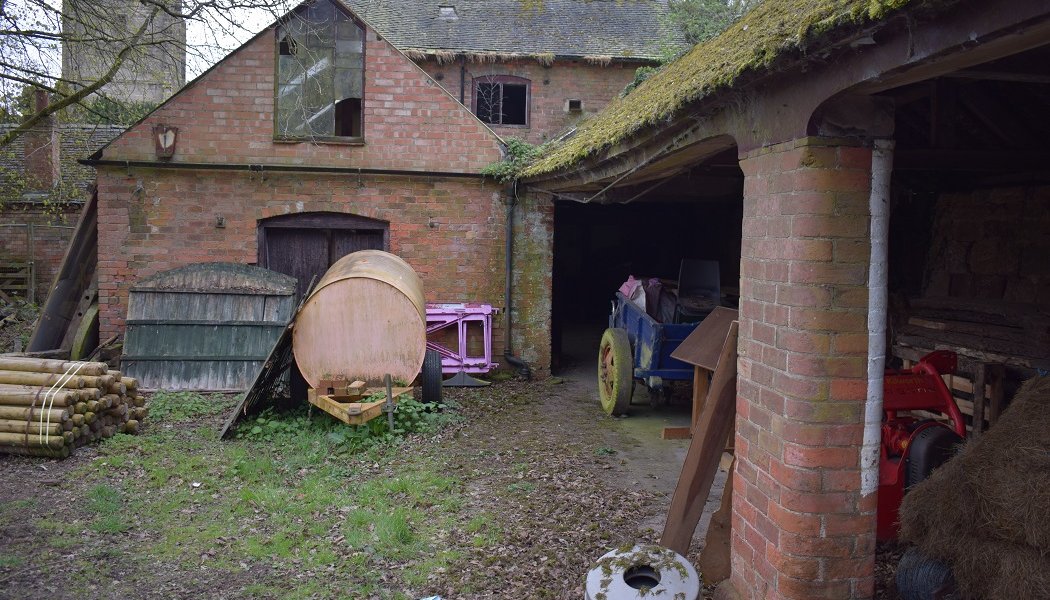 Derbyshire County Council’s long-term vision is that day-to-day running of the country estate would be handed over to the Elvaston Castle and Gardens Trust charity. It is by no means jumping ship though, with the cash-strapped local authority pledging a sizeable chunk of the £35 million necessary to restore the heritage site into a thriving visitor attraction capable of fending for itself.

This outlay, the County Council says, will enable Elvaston to clear a major backlog of repairs and put systems in place to manage future maintenance work. It is also hoped that around 170 new jobs will be created for local people.

If the scheme gets the green light then additional funding will be sought from a variety of public and private investment sources. Bids to National Lottery Heritage Fund and D2N2 Local Enterprise Partnership will also be integral to the project’s success.

Elvaston Castle is the showpiece structure in a cluster of 16 Grade II buildings, all set within Grade II* registered Park and Gardens. Little wonder £35 million is the ballpark figure outlined to restore the overall site to its resplendent best after years of inadequate provision. 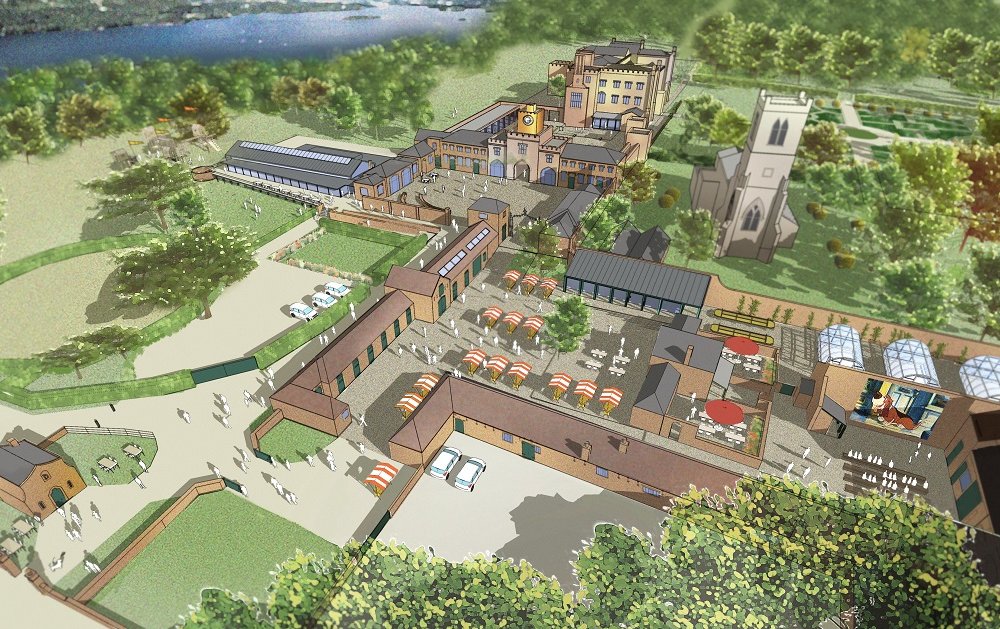 Ambitious plans for the transformation have been developed through a public consultation and several months of discussions between Elvaston Castle and Garden Trust, Derbyshire County Council and the National Trust.

Changes proposed in the Masterplan are comprehensive and hugely diverse; redecorating the stately home’s rooms with a paint scheme slavishly true to its mid-19th century roots are discussed alongside the creation of a new entrance and driveway to reduce local village traffic and improve visitor access to the site.

“We believe this restoration will secure the future of Elvaston Castle and Country Park for generations to come by making it a sustainable visitor attraction that can stand on its own two feet, saving millions of pounds for Derbyshire council tax-payers who currently pay for the upkeep of the estate,” says Cllr Tony King, cabinet member for clean growth and regeneration.

Subject to planning permission and funding bids being approved, proposed developments under the Masterplan will include:

“We have five years of hard work in front of us, but we’re determined to bring the castle, gardens and wider parkland back to life,” states Dr Peter Robinson, chair of the Elvaston Castle and Garden Trust – the charity which could take over stewardship of the site in future.

“We are committed to opening up much more of the estate to the public, including the three courtyards of beautiful stable buildings which include a blacksmith’s forge, gas engine and the remains of an original Real Tennis Court.”

Once restored, the whole site will remain a country park that is free at the point of entry. This, it is hoped, will drive visitor numbers up and, in so doing, increase overall spend on site.

More information on the plans for Elvaston Castle can be found here.

Should museums be labelled as pro-rich services in local government cost-cutting?