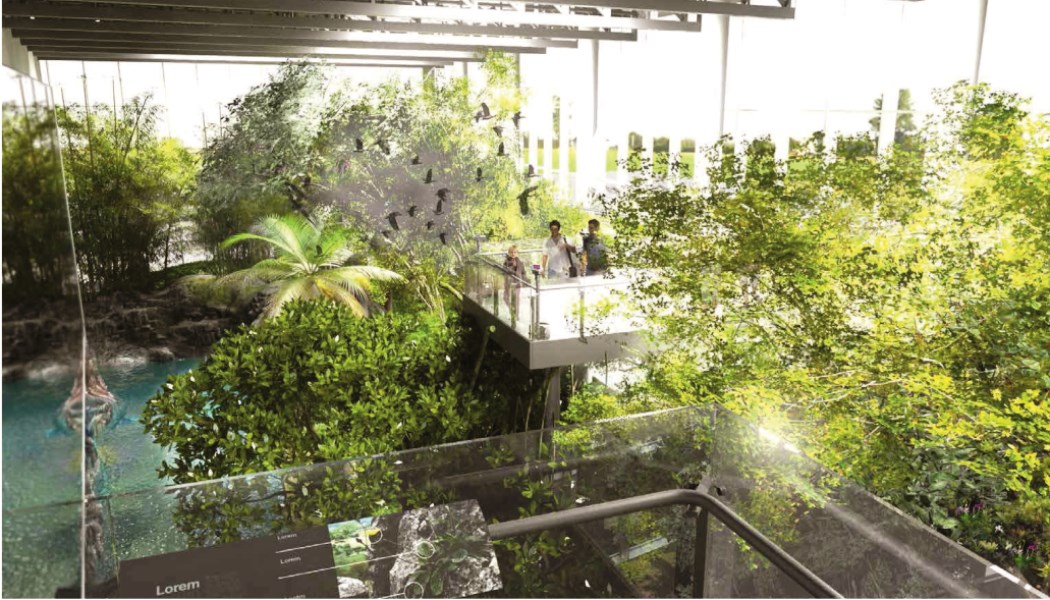 Museum fit-out specialist BECK made a bold move at the end of the 1990s by diversifying their business into international growth markets. Now, international projects account for 70 per cent of their museums business and has seen the company work on the world’s largest museum projects in East Asia, Southeast Asia and the Middle East.

However, this comes with its challenges and here Advisor looks into the dynamics of international museum fit-out including building entire collections, working on multiple projects at the same time and how millions of pounds are filtered into the UK economy through subcontractors working on these projects.

As part of their current work on the Sheikh Abdullah Al Salem Cultural Centre in Kuwait – the largest museum project in the world – BECK have developed a web-based app to help them manage 60 specialist suppliers on four continents as they build four museums concurrently within what would seem an impossible timeframe.

The museum fit-out specialists, based in Surrey, are building a museum district, which consists of a natural history museum, a space museum, a science centre and the Museum of Arab Science, the latter being built by BECK MBI’s recently acquired fit-out specialist, The Hub. As part of this mega-project, BECK are also creating and manufacturing more than 2,000 exhibits, as everything from hot air balloons to animals, will be replicated. In the UK, museums pride themselves on their collections, which are their unique assets and selling points, and to build a new museum without a collection would be unthinkable but this is precisely what BECK are doing.

It is the scale of these projects and the revenue they generate that have established BECK as the largest museums fit out company in the world.

These huge projects have enabled BECK over the past 18 years to build their brand and grow from a £4m per annum turnover in 2000 to £100m today. Museums consist of 50 per cent of the projects that BECK works on, which means £50m comes through their high end interior fit out.

“BECK has  worked internationally since we established, however, in the late ‘90s we realised that following the millennium projects, which saw our turnover more than double, we would potentially be faced with a recession,” says Wakeford. “We had various options: reduce our team via redundancy and accept that we would remain a small company, branch out into other sectors or look and plan for a more focused international growth strategy.” 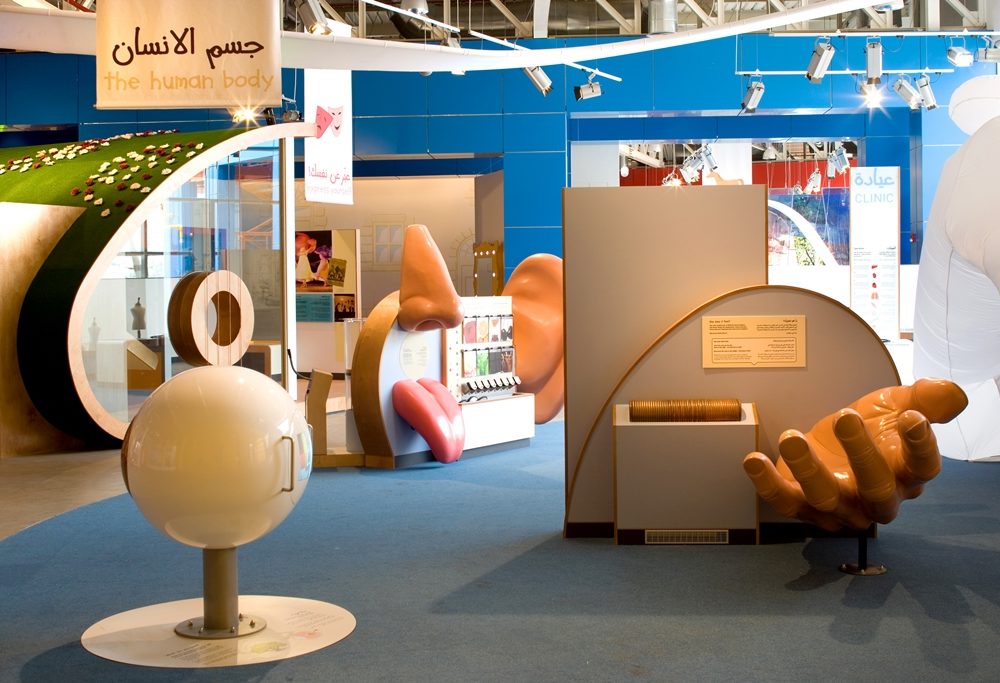 This foresight was a pivotal point in the company’s history as BECK went for the latter option and identified East Asia and Southeast Asia as growth regions, where they had undertaken a number of smaller projects; they actively sought out larger projects there. Through this exploratory work, an opportunity arose in Taiwan to undertake what was the largest international museum project at the time, the National Museum of Science and Technology in Kaohsiung. The eight gallery, £12m fit-out was BECK’s first large scale international museum project. Following the completion of this project they went on to undertake a further eight projects, in Taiwan, Hong Kong and Singapore, in quick succession, which made up 80 per cent of its turnover at the time.

“We realised we could do this elsewhere as long as we have the contractual and business savvy to work in these places along with the ambition. The Middle East is massive for us now but we broke into the region because we had built a significant portfolio of international work elsewhere by the mid-2000s. We are now by far the biggest museum contractor in the world.”

Indeed, over the past decade BECK have worked on museum projects in Jordan and several in the oil and gas rich countries of the GCC (Gulf Co-operation Council): in particular Saudi Arabia, Kuwait, Bahrain and the UAE. It is here where much of the recent and current work is taking place, as oil companies fund new cultural quarters for their growing populations and tourists. Not only are the museums they are building telling the story of human and natural history but also the story of oil and gas itself along with renewable energy. 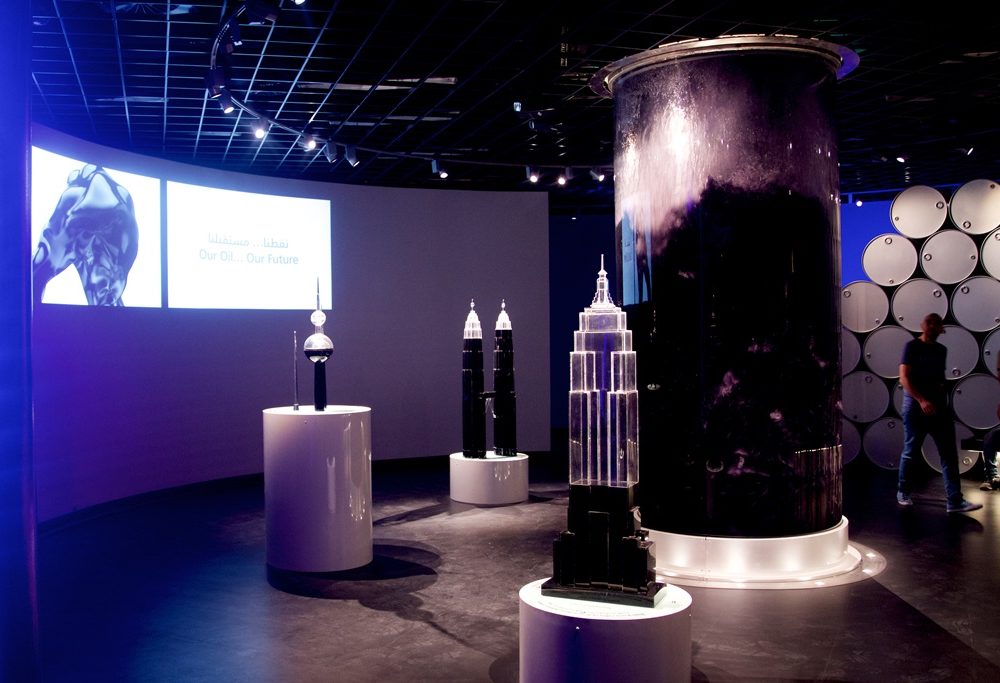 For example, BECK recently completed the Ahmad Al Jaber Oil and Gas Museum (AAJ) in Kuwait. The AAJ project was on behalf of the Kuwait Oil Company, designed by Event Communications, and included a full fit-out to a new building. The museum explores the origins of oil from raw material to the modern day products we use in everyday life. It also serves as a positive memory surrounding the invasion and destruction of the oil wells during the First Gulf War and how the world came together to avert a greater international disaster.

“There are a number of unique elements that make up the project, including a 3D Holographic show, oil drop interactive, (six tonnes of simulated oil dropped into a tube in three seconds) and an extremely powerful film, produced by Graham English and Co which depicts the capping of the oil wells and includes an immersive pyrotechnic display. As any project, regardless of location, we had a dedicated team to deliver the project and an experienced site team on location.”

BECK have also just completed an Energy Science Centre in Saudi Arabia for the world’s largest company, Saudi Aramco, and is working on three other Saudi projects that are close to completion, all for Aramco. These include the Kingdom of Energy and World of Energy galleries at the King Salman Science Oasis in Riyadh, and Gallery 4 in the King Abdulaziz Centre for World Culture, Dhahran, which is a natural history project, and the Children’s Discovery Zone in the same building.

These projects come with extreme pressures and expectations from the clients who are at the highest echelons of society in their respective countries. BECK say they demand the highest quality product, in the shortest timeframe, and generally, prior to paying for prefabrication, expect to see the work on site, which is the single biggest challenge.

“Our clients generally tend to work on large scale infrastructure projects and or oil and gas installation, therefore the contracts we work with reflect this as opposed to specific museum fit-out contracts. Our clients require high levels of on demand performance bonds, we are expected to work to extremely stringent timeframes and absorb delays and or changes,” says Wakeford. “At tender stage, we have the opportunity to price in a percentage for variations and unforeseen items as variations after contract signing is frowned upon culturally, normally our defect periods are 24 months and include all spares and preventative and reactive maintenance.”

To succeed in this market a company has to have a multitude of attributes, which BECK have equipped themselves with over the past two decades. The company understands multiple cultures, they consider their actions and the outcome of their decisions, they practise being patient and are commercially robust, but ultimately they deliver to the highest quality.

“All projects are a challenge regardless of location; this is a challenging field to be involved in, however internationally navigating complex contracts, payment procedures and approval processes sits at the top of the list.”

The advantages of this are that the skilled craftsmen are constantly pushing the boundaries of what is possible and creating solutions to seemingly impossible challenges.

On international projects, there is a greater demand for technology, the use of more demanding and higher materials specifications, higher density of exhibits to floor space, the need for continuous communication on every level and the need for staff to be on location 100 per cent of the time. 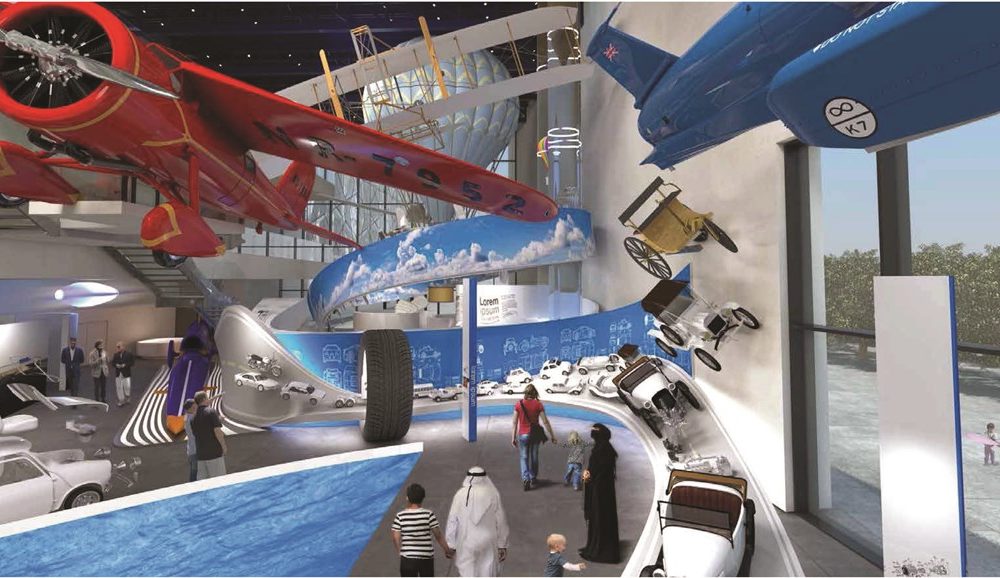 This is illustrated at the Sheikh Abdullah Al Salam Cultural Centre where one small area is a live rain forest with soil, irrigation and newly planted trees (combined with specially manufactured scenically created trees and plants), which all back up to a one million litre aquarium with acrylic panels that are 500mm thick to contain the water.

“We have more than 150 multi-media requirements and about 20 films to be shot. Because of the climate there are only really two months that you can film in Kuwait – January and February – to get a good quality image. So, if you have a two-year project you have four months to do all your filming. If you miss that slot you delay the project for a year.”

In order to make this work BECK developed a web-based app, which allows their international client to monitor progress remotely as their 60 specialist suppliers over four continents provide live video, photos and weekly progress blogs that give the client vital statistics and the ability to monitor and visually see progress prior to its arrival on site.

“Our team is unique and holds more experience than anyone else, they are solution seeking and can generally solve any puzzle given time. We are not frightened, we happily embrace new challenges, we actively seek out tough projects where the task seems impossible at first.”

BECK also work with local contractors and labour, actively teaching them the unique skills to deliver a museum and enabling them to complete projects in the future and the team work flexi time to accommodate projects.

“We have a unique ability to bring the highest quality suppliers and specialists into each project regardless of their location or the project location, seamlessly integrating their skills to the project needs.” 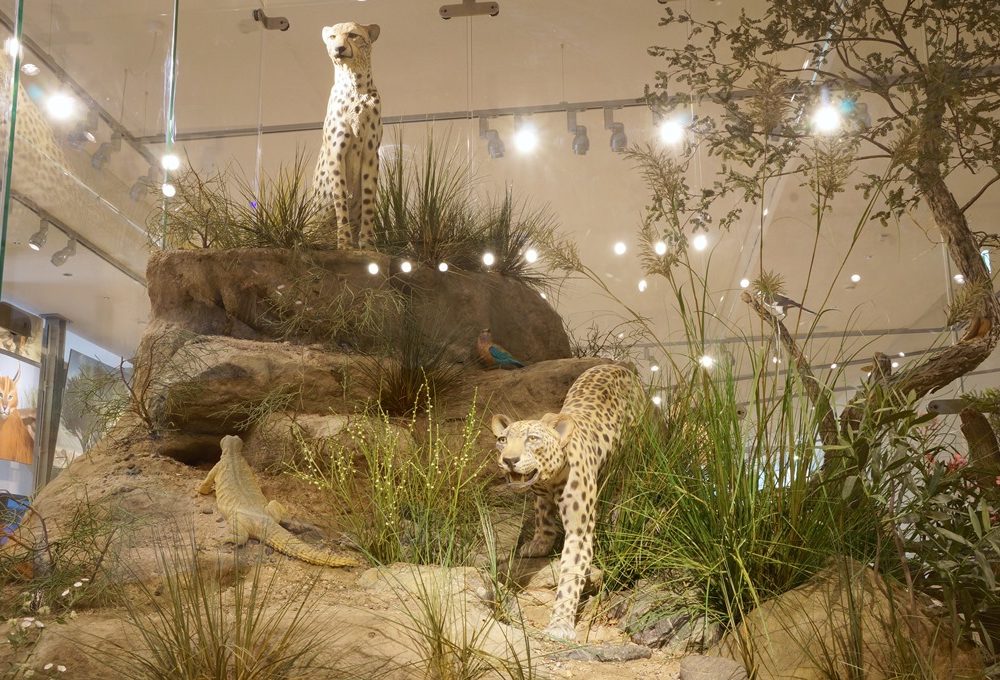 However, one of the biggest single elements of BECK’s international fit-out work that Wakeford is keen to point out, and which he says very few people in the UK market understand, is that they always work with a majority of UK suppliers and specialists. “Therefore the risks we take benefit the entire sector. Not only BECK but many of the UK specialists see the UK and international markets as symbiotic. The projects we undertake in the UK provide us with the project portfolios and benchmark of quality and integrity that international clients look for when selecting international contractors. In turn and sometimes looked down upon by the UK market, the international projects allow us the financial stability to undertake the UK projects, which we do at a little or no profit due to budget constraints. The two markets work hand in hand. We simply would not be able to survive in the UK market without international work. Unless we were minded to look at other areas of business such as design, (this is not an option for BECK as these are the very people that feed us our work).”

Wakeford says that opportunities are abundant all over the world and companies have to be wise enough to make them work in their favour. They have to learn by their mistakes and strive to do it better the next time. “The UK is fortunate enough to have some of the world’s best museum designers, with the international demand for this talent there will always be opportunity for UK fit-out contractors.”

BECK continually have to overcome challenges while providing the highest quality projects, and every project they successfully deliver provide another page in their portfolio, which in itself provides more opportunity and the capacity for future growth.