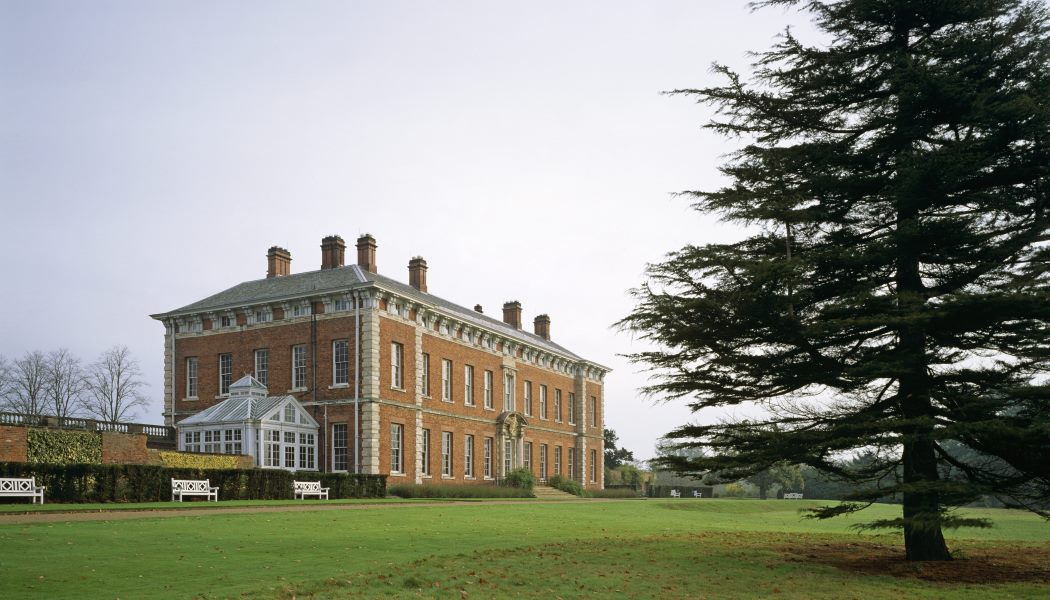 Beningbrough Hall: Making a Grade I listed building accessible to all

The National Trust owns 200 historic properties and over the past decade-and-a-half has been working to make as many of its national treasures as accessible as possible. These include Beningbrough Hall near York, which between 2003 and 2006 underwent an £823,000 renovation and continues to add to its accessible offer. Here Heather Smith, access and equality specialist at the National Trust describes the transformation of Beningbrough Hall

When the team at Beningbrough Hall embarked on a project to improve accessibility to the hall and to the collections it was a big challenge as they were heavily restricted by the building’s listed status. Beningbrough Hall is a Grade I listed Georgian Baroque House in Yorkshire. It is set in a 380-acre estate surrounded by beautiful parkland and gardens, parts of which were inaccessible to those in wheelchairs or those with difficulty walking because of the cobblestones and steps. Inside the property the extensive 18th century portrait collection of paintings and sculptures (in partnership with the National Portrait Gallery) were also inaccessible as the majority of the artworks were on the second and third floors with only stepped access.

The main entrance to the Hall itself was up a flight of steps which rises over 2m, which brought immediate restrictions to many would-be visitors. There was an alternative accessible entrance to the side of the Hall which provided access to the ground floor but there were three other floors which only had stepped access. There was some alternative means of access via interpretation but the staff also wanted to improve the range and accessibility of this offer. A ‘heritage for all’ approach was at the heart of decision-making and all of the accessibility developments across the site involved consultation with people with disabilities. 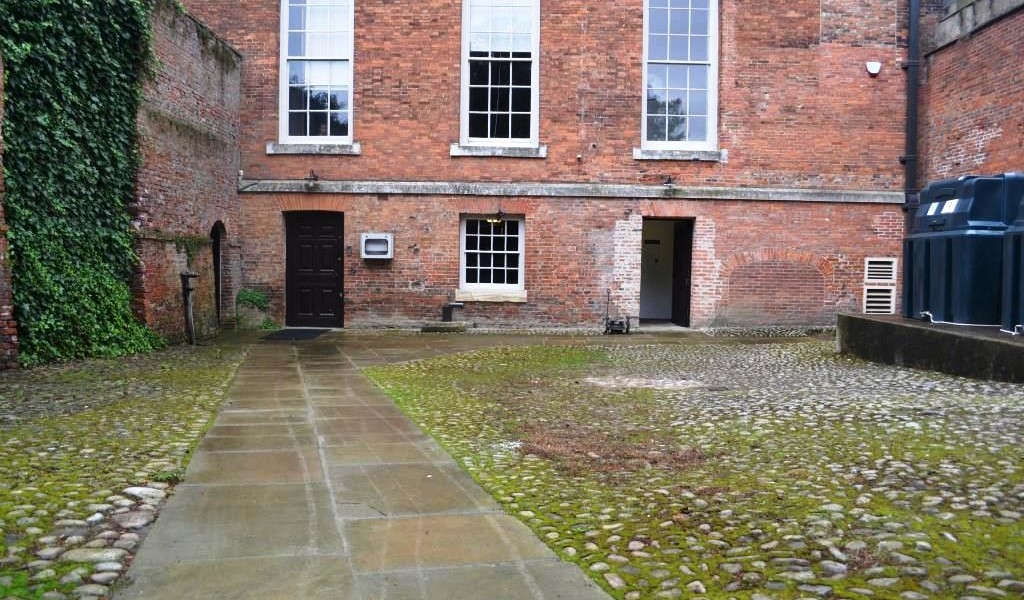 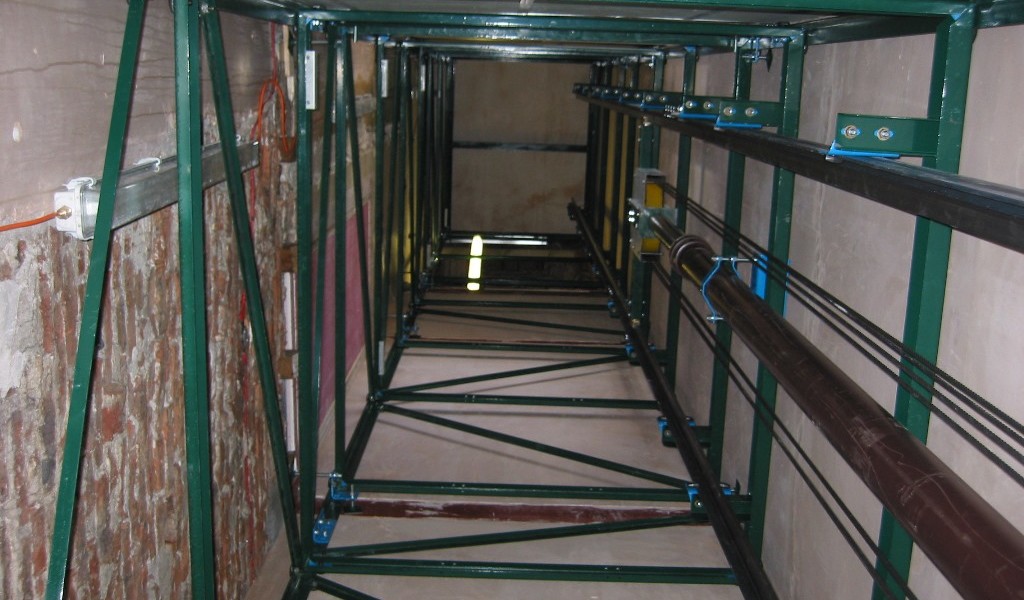 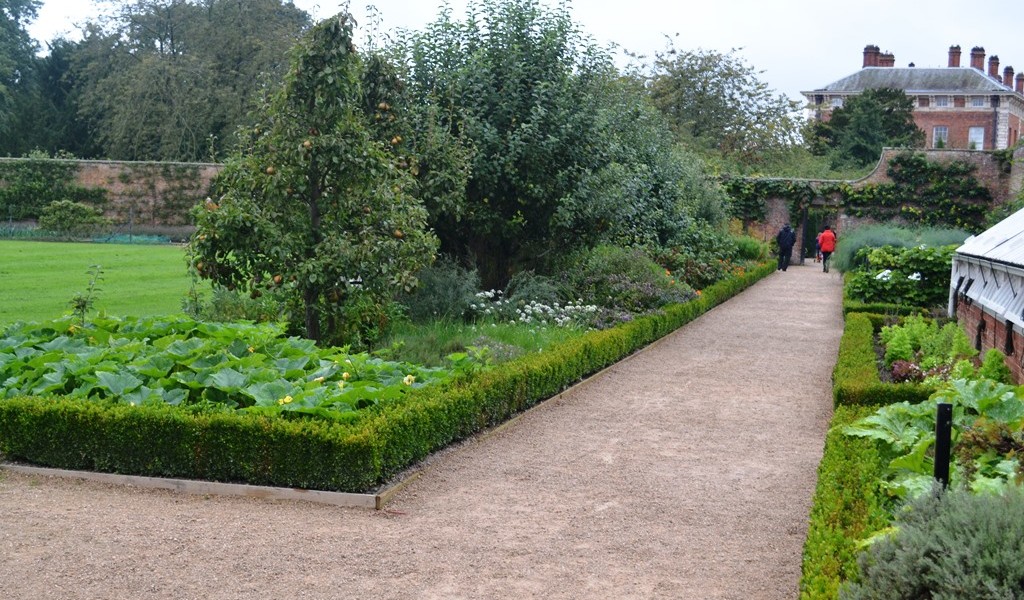 At Beningbrough it was a case of studying plans and earlier modifications to the property to discover ways to solve the problem of accessibility. Due to the height of the steps, an alternative means was investigated to provide improved access to the ground floor as well as to the upper floors. Reviewing plans and previous alterations to the building, there was evidence that a doorway had been bricked up on the side of the Hall at some point. This revealed a series of toilets on each floor and it was determined possible to re-site the toilets, which had been a 1960s intervention, and install a lift shaft, which would be a major breakthrough. Because the area had already seen several earlier alterations it was not seen to present any real heritage value and would therefore be a relatively simple solution to accessing the upper floors for those with physical disabilities.

As the exterior structure of the building was original and Grade 1 listed, it was important to make sure that any vibrations from a lift did not cause damage. The 8-person hydraulic lift installation is supported by a metal structure so it didn’t need to be supported by a load bearing wall. This system prevents the lift from touching the building and thus doesn’t transfer vibrations to the historic fabric of the building. This made for a more expensive but all-round better solution. The lift was also designed to be an evacuation lift.

Getting access to the lift also had to be factored in and the route to the new entrance door was across a cobbled courtyard. There had already been the addition of stone setts through the cobbles but this was not wide enough to withstand the anticipated regular use by wheelchair users so new paths were constructed using flat Yorkstone slabs, replacing the stone.

Although the toilets were removed from the building and re-sited to the visitor reception, an accessible toilet was retained in the Hall. This was developed where a 20th century bathroom of limited heritage interest was previously located.

Additional features were also added to the interpretation of the collections with an audio-guide for the rooms of the Hall developed by the National Trust staff and by National Portrait Gallery curators, working with disabled people. User groups twice tested the descriptions and provided feedback, including the York Blind and Partially-Sighted Society and Henshaws School for the Blind.  Some of the students from Henshaws have a learning disability as well and were able to bring that experience to bear on the content.

The second floor of the Hall is primarily a learning and activity space relating to the 18th century art of the portrait. The area includes opportunities for modelling and costume wearing, a replica of a bust (which everyone can touch), and tactile images.  Outside of the Hall, a group of Henshaws students also worked with an artist to create a giant tea pot in blue ceramics (which echoes the colours of the ceramics collection).  “Making properties accessible is an ongoing thing and I would say that Beningbrough is a good example of looking at accessibility across the whole site,” says Smith. “It is difficult to compare levels of accessibility due to the different possibilities for each site and the different requirements of disabled people.”

Part of the project also involved improving pathways in the gardens both in the main pathway inside the Walled Garden and in the narrow French style garden. The Walled Garden path was constructed with Breedon Gravel, a compact gravel in a colour chosen to suit the garden surroundings. The French style garden path, although already accessible, was just wide enough for one wheelchair user at a time. It was not altered due to aesthetic reasons, but the hedges adjacent to the path are to be regularly trimmed to guarantee comfortable access.

In 2014, the adventure play area that forms a major attraction for families was refreshed. New equipment was installed to appeal to a wider age range of children and included a large, cantilevered basket swing which is fully accessible for disabled children and young adults. This year the property purchased electric scooters, free to hire for visitors, which go together with five wheelchairs for visitors.

In 2014 the property attracted 135,000 visitors a marked increase from 80,000 prior to the project, which the National Trust sees as a direct link to this increase in accessibility.