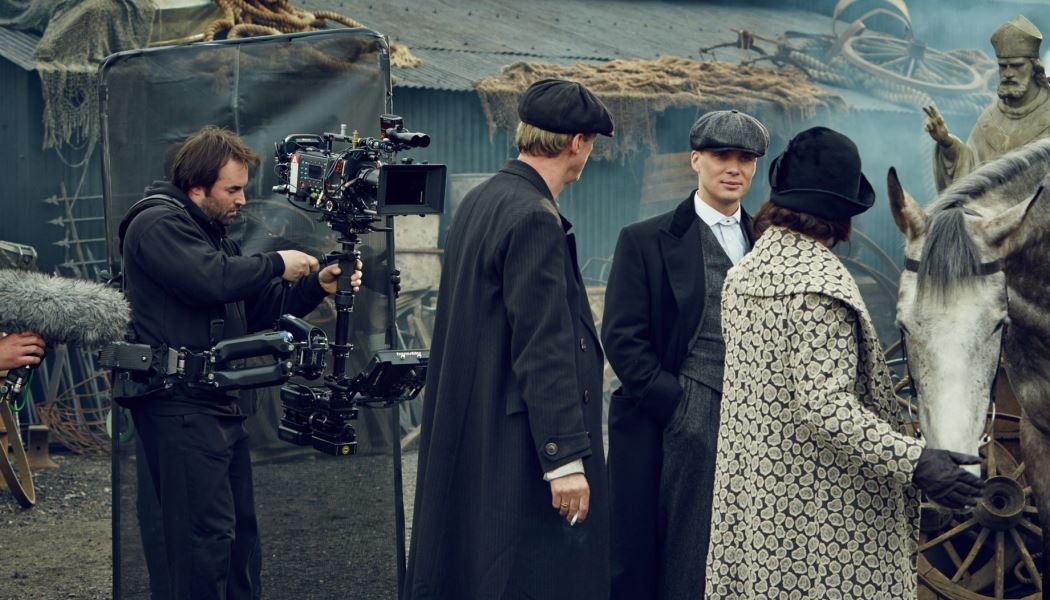 The Black Country Living Museum’s Strategic plan for 2015-2020 sets out a target to achieve greater resilience and underpin its long‐term future by increasing visitor attendance. Here we look at how, by using the attraction as a filming set, it is bringing in much needed income and raising its profile among potential visitors

The creator of the BBC’s post WWI drama Peaky Blinders, Stephen Knight recently called the Black Country Living Museum the home of the show, which is a great marketing tool to have when the drama’s audience figures peak (pardon the pun) at three million. This drama about a notorious Birmingham gang premiered in October 2014 and has recently finished filming part of its third series at the open air museum in Dudley, which will be aired next year.  The profile of the museum is raised when Knight and the stars of the show take to social media to tell fans about themselves filming along the canals and Victorian streets of the BCLM.

But Peaky Blinders is not the only show that the BCLM has had filming on its land since it fully opened in 1978, and as the museum has grown so to have the size and scale of the projects. Two of BCLM’s earlier filming projects include a BBC period drama Sophia and Constance (1988) and Feast of July (1995), the latter of which saw the entire site converted into a film set. More recently historian and BBC presenter Lucy Worsley has been filming at the BCLM for A Very British Romance.

“Filming requests can be anything from a student wanting to film part of a University or college project to a Location Manager looking for scenes in which to set part of a Hollywood film and believe it or not, all need to be treated in the same way in terms of the processes you need to go through,” says Laura Wakelin, director of communications and marketing. “Obviously, we aren’t able to accept all requests but I would say we get a request of some kind at least once a week, so let’s say approximately 50 a year.”

The Peaky Blinders cast came to film at the museum for the third time in October and they were on site for 11 consecutive days – three days for set-up, six days for filming and two days for strike.  This can create quite a stir at the attraction and museum staff have witnessed visitors coming for a day out dressed like the Peaky Blinders characters complete with flat caps. To capitalise on this popularity of show and attraction, the museum is hoping to run a specially-themed Peaky Blinders evening event in 2016 which will generate income for the Museum as well as satisfying demand, subject to the ‘go-ahead’ from the BBC.

“There are multiple benefits of having filming on site, from the initial income that it brings in – which we can reinvest into the Museum, to the national exposure we receive, both in terms of press coverage and social media during the filming and in the run up to the programme air date. We’ve recently done a media monitoring exercise which showed us that press coverage alone during the recent Peaky Blinders filming had an Advertising Value Equivalent of £100k.” 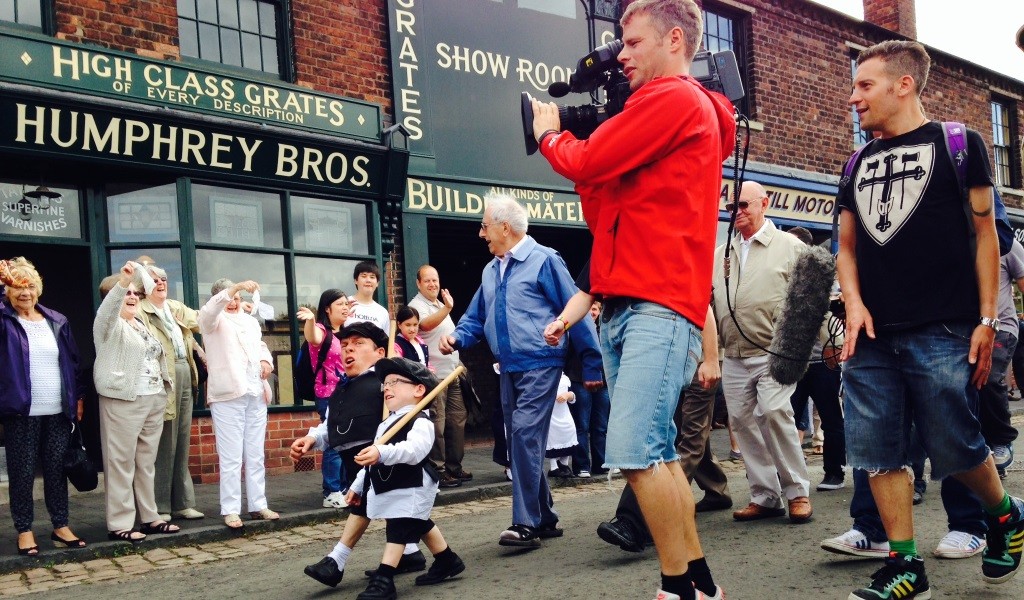 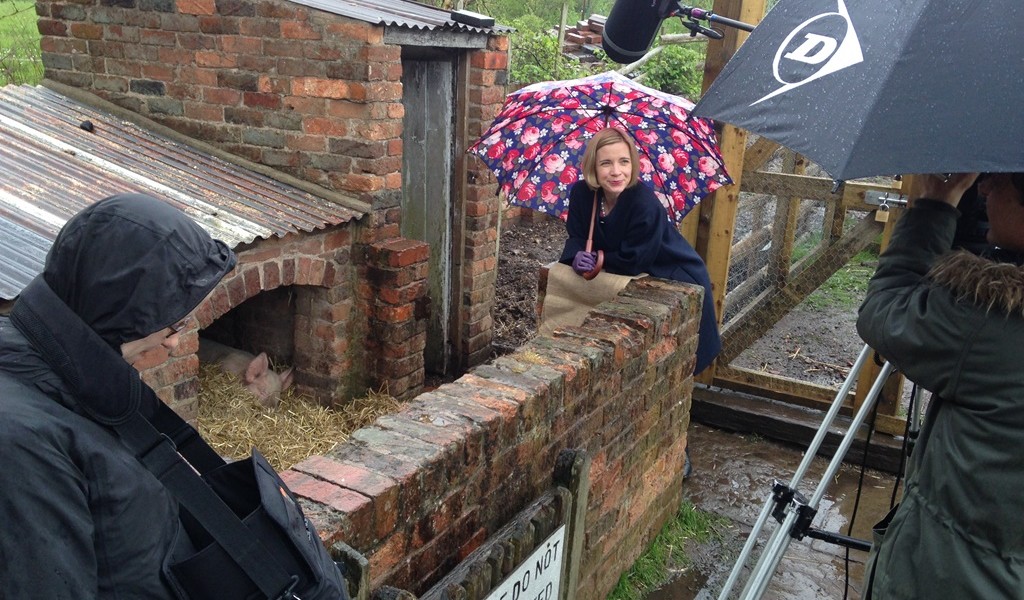 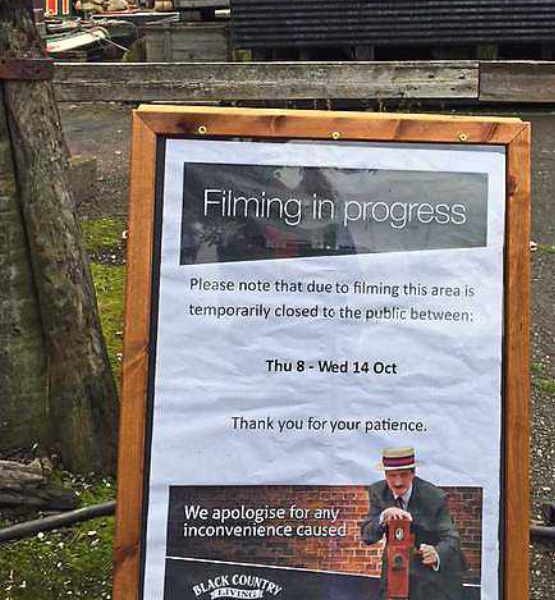 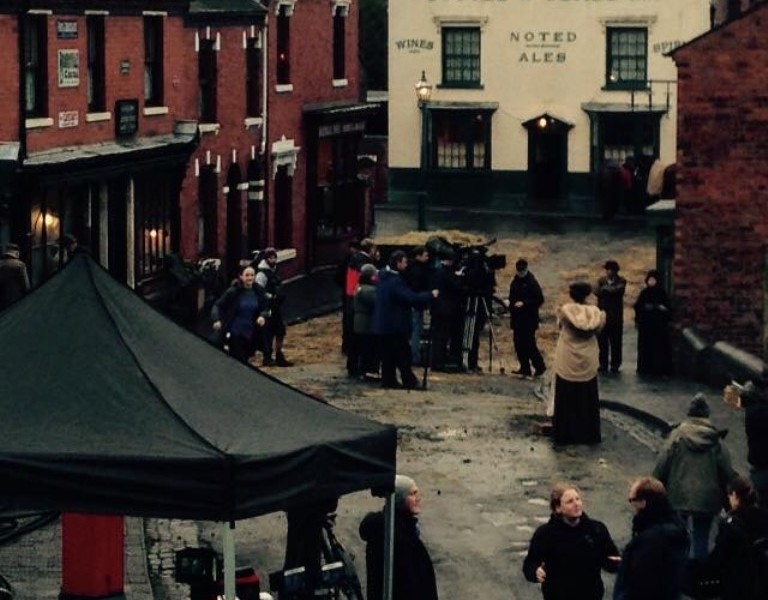 As a significant part of the BCLM’s five year strategic plan (2015-2020) is to grow and diversify its income by making full use of our assets and resource; filming is an important element of this strategic aim and the museum is looking to expand the amount of filming on site in the future.

“Recent filming has undoubtedly had a positive impact on visitor numbers, though it is difficult to measure the extent of this,” says Wakelin. “We tend to track the impact of the filming in raising awareness of the Museum anecdotally by talking to our staff, visitors and from reading what people say about us on social media and review sites such as TripAdvisor.”

A big advantage of filming (and the set dressing that comes with it) is that it generally shows the Museum at its very best to a national and sometimes international audience. That kind of exposure is very difficult to put a figure on says Wakelin and it does not harm the retail sales in the shop, too. “Our gift shop most certainly benefits from filming as we often theme stands and items around it,” she says. “That can, and has, been anything from baking merchandise to flat caps, depending on the show.”

However, the museum is very clear that filming should never be to the detriment of the visitor experience nor undermine BCLM’s primary role as a Museum of the highest quality.

“If it’s not managed properly the impact can be huge but we put as much time into satisfying the needs of the film crew as we do to minimising the effect on our visitors,” says Wakelin. “We find that as long as we communicate what’s going on to our visitors in advance of their ticket purchase they are generally content. Likewise, we try to inform all pre-booked groups, giving them the option to re-arrange if they so wish. We generally find that our visitors find the filming exciting to watch and an added bonus to their day rather than a hindrance.”

As well as keeping the visitors happy during filming there is also the added responsibility of keeping the cast and crew happy. Over the past two years the BCLM has had on average 15 pieces of filming per year; these range from small documentaries to large scale TV dramas, and even scenes for a forthcoming Bollywood film. Location Managers generally do not work to long lead times so there is currently very little scheduled in for the next 12 months at the moment.

“It is of course exciting but it requires lots of planning and care to ensure that we are fulfilling our side of the agreement with regards to restrictions around press and photography,” says Wakelin. “It’s also important to manage staff expectations – the set is a closed one and we have to ensure that it is kept that way at all times. We often see fans visiting during the filming if word does get out and so communicating with them in the right way and managing their expectations is also important.”

All film crews are given a list of list of dos and don’ts which are communicated to them right from the outset. Many of these are constants but some do change once the museum staff have sussed out the nature of the project and the likely impact it will have on site. The museum will also request documentation crew, including proof of public liability insurance and relevant/necessary risk assessments and then a contract is signed.

There are numerous challenges of having a film crew on site, says Wakelin, but they are all manageable as long as there is preparedness from both parties. As I’ve mentioned previously, minimising the impact on visitors is one of the biggest challenges but managing the treatment of the Museum’s historic objects is as equally demanding.

“It is essential to find out in advance exactly where the crew wish to film and which objects will be affected, then involve the relevant colleagues to mitigate the risks in those areas,” she says.  “As with most things, effective communication – both inside your organisation and externally with the film crew and visitors – will help overcome even the greatest challenges.”

Whilst visitor attendance is the most important validation of what we do (accounting for 68% of trading revenue), as a truly independent Museum, we are continually looking to grow and diversify our income streams. Increasing filming therefore forms part of the Museum’s main strategic aims and consequently attracting those film crews is a significant programme of activity with the Museum’s marketing strategy.

Actor Cillian Murphy on the Peaky Blinders’ set at the Black Country Living Museum. Photograph copyright of the BBC