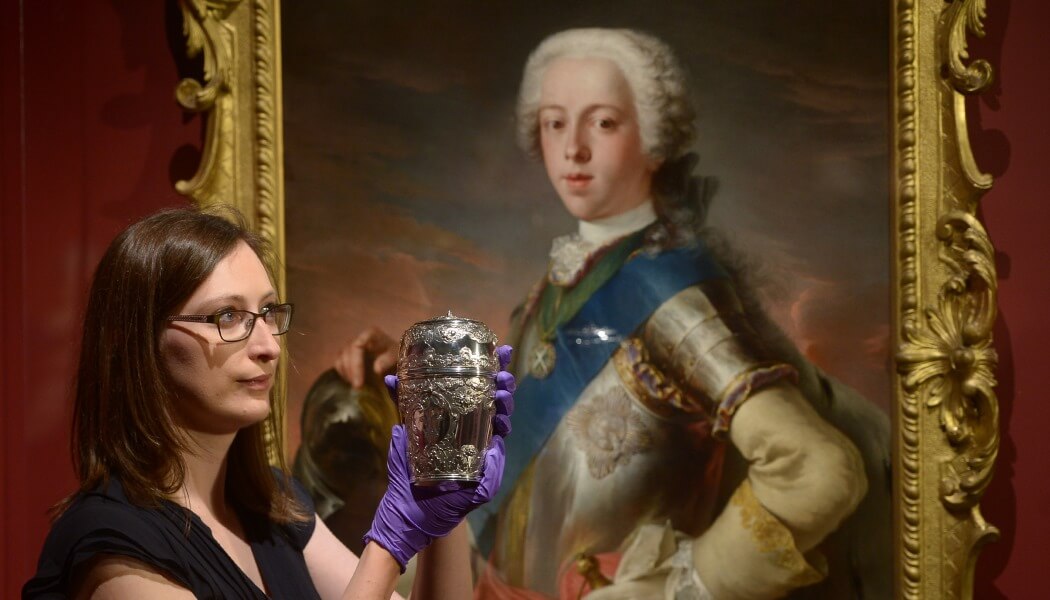 The largest exhibition on Jacobite history in 70 years has opened at the National Museum of Scotland and takes place during Scotland’s Year of History, Heritage and Archeology

Bonnie Prince Charlie and the Jacobites presents a detailed and dynamic re-examination of the Jacobite challenge for the three kingdoms of Scotland, England and Ireland that was both a civil war and a wider European political battle of allegiances with Charles Edward Stuart as its ill-fated knight in shining armour.

The exhibition takes place in the larger of two temporary galleries that opened 2011 as part of a major £80m redevelopment to restore the Victorian museum building to its former grandeur and showcase more of the collections. Last year ten new galleries opened at the Edinburgh venue and picked up the award for best Permanent Exhibition at the Museums + Heritage Awards for Excellence in May. In 2019 the museum will open two more new galleries that will present its internationally important Egyptian and East Asian collections. 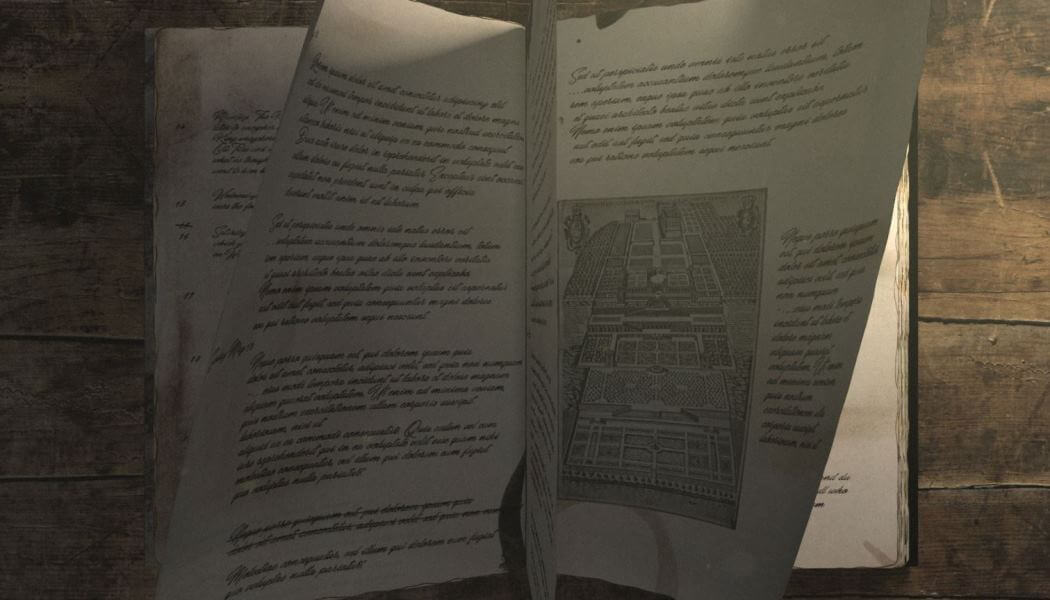 Bonnie Prince Charlie and the Jacobites is part of the 650 sq m Gallery 1’s annual programme of two paid for special exhibitions and follows on from the successful family show Monkey Business. These exhibitions are a mixture of in-house curations, partnership with other museums or touring exhibitions from venues across the world. Since 2011 the gallery has hosted topics as diverse as Mammoth of the Ice Age with the Field Museum in Chicago, Catherine the Great with the State Hermitage in St Petersburg, Celts in partnership with the British Museum last year and its first in-house show Mary Queen of Scots in 2013.

And in some ways the new exhibition is a follow up to the Mary Queen of Scots exhibition as it continues the Stuart story from 1688 with the deposing of Charles Edward Stuart’s grandfather, James VII of Scotland and II of England, which led to the Stuarts being exiled in France and then ends with the final chapter of the Stuart’s claim to the three thrones with the devastating defeat at the Battle of Culloden in 1746. 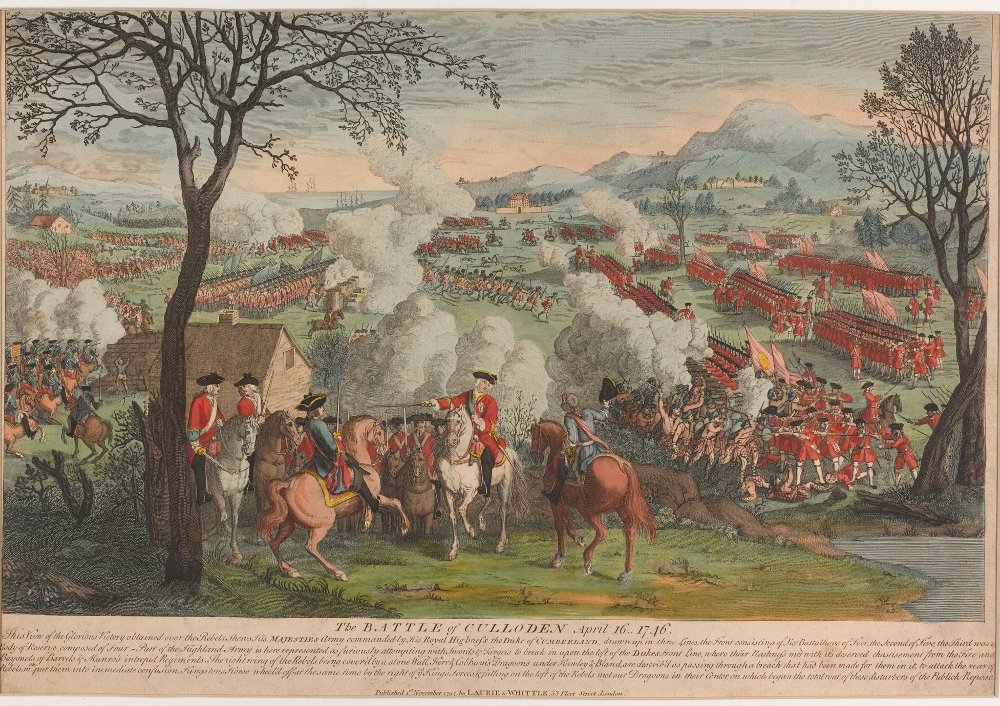 Framed, coloured print of the Battle of Culloden, published by Laurie and Whittle, 1797

“It’s the next logical step in the story of the Stuart dynasty and we have some internationally acclaimed Jacobite collections, some of the prima pieces that are associated with Prince Charles, gifts that were sent over to Charles’s brother from supporters in Scotland in the late 1730s and early 1740s,” says David Forsyth, principal curator, medieval and early modern collections at the National Museum of Scotland.

This is reflected in the 300 objects on show at the exhibition with two thirds from the National Museum of Scotland’s collection and a further 44 lenders including other major institutions across Scotland, the UK and Europe. These include Royal Collection, the Royal Armouries, the Musée de Louvre, the National Galleries, National Records and National Library of Scotland as well as a number of private collections.

To highlight the importance of Bonnie Prince Charlie and his family across Europe, three marble grave markers, formerly in St Peter’s Basilica, for Charles Edward Stuart, his younger brother, Henry Benedict and their father, James VIII and III have left Rome for the very first time, as loans from the Scots Pontifical College. James, Henry and Charles are interred in St Peter’s Basilica, with James being the only king ever to be afforded the honour of burial in the Vatican. 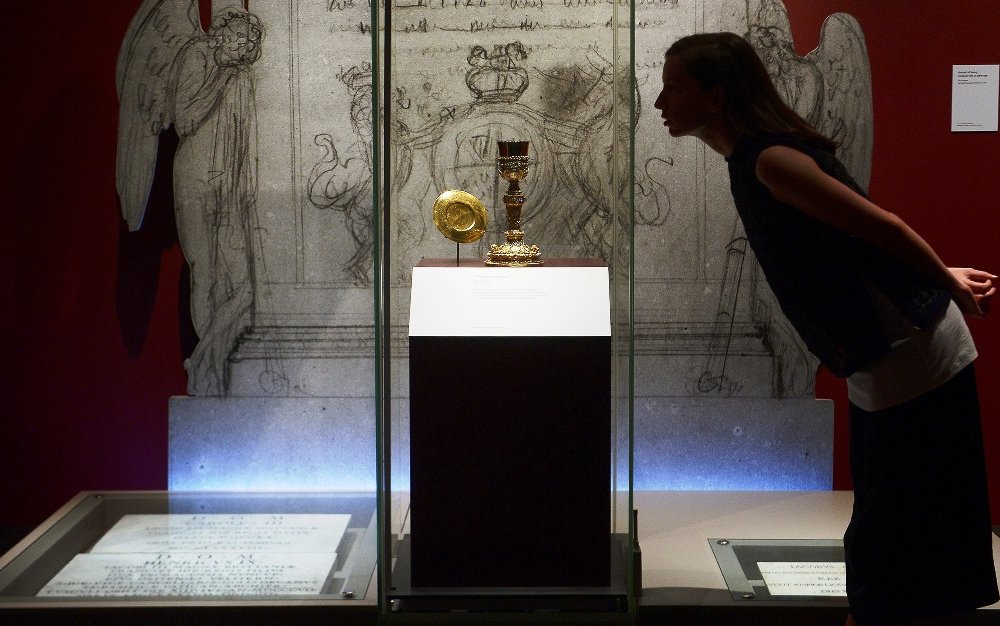 Alice Wylie of the National Museum of Scotland has closer look at the the stunning York Chalice and Paten, on loan from the Sacristy Museum and below the three marble grave markers, formerly in St Peter’s Basilica

“As with Mary this is showing the topic in a wider context: this is a story that is Scottish, British and European. And this is one of the things about Bonnie Prince Charlie, people know about the Jacobite Rising of 1745 and the Battle of Culloden because of him but we take it back further to the exile of James VII and II in 1688 up to the death of Charles Edward’s brother Henry Benedict the Cardinal of the Catholic Church in 1807. We do point back to the accession of James VI of Scots I of England to the English throne and the death of Elizabeth I in 1603.”

The exhibition is called Bonnie Prince Charlie and the Jacobites because the last ‘pretender’ to the three thrones is the hook: he is the romantic hero everybody knows about but is presented in the context of long drawn out divisions that exploded in the Glorious Revolution of 1688 and the overthrow of King James VII and II.

“It’s not just a clear England against Scotland affair. There are many Scots who supported and who were against the Jacobites,” says Forsyth. “There were also English Jacobites supporters as well, and one of our stand out pieces is a remarkably large tartan suit from the mid-18th century, which was acquired by Sir John Hynde Cotton who was a Cambridgeshire squire and a leading light of the English Jacobites. We do look at both sides of the story and one of the points we make is that although the Stuarts were Catholics the bulk of the supporters, the Highland clans, were Episcopalian.” 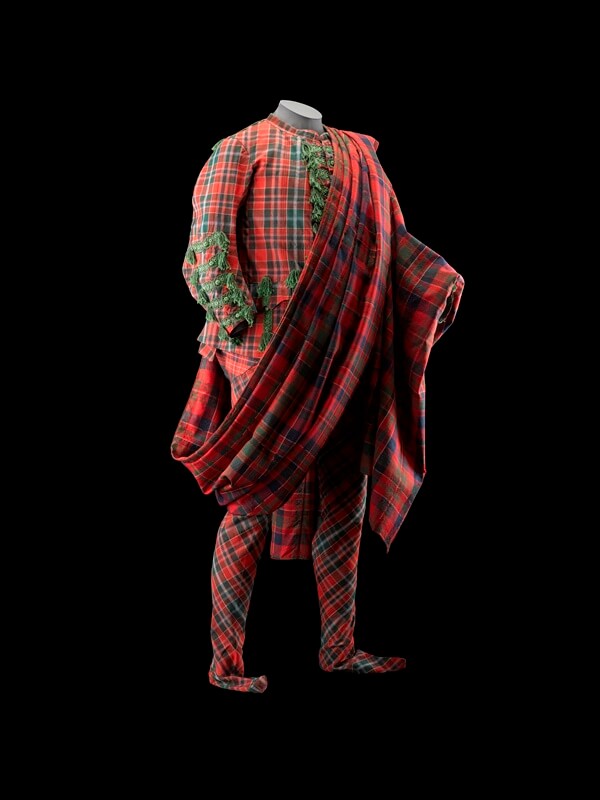 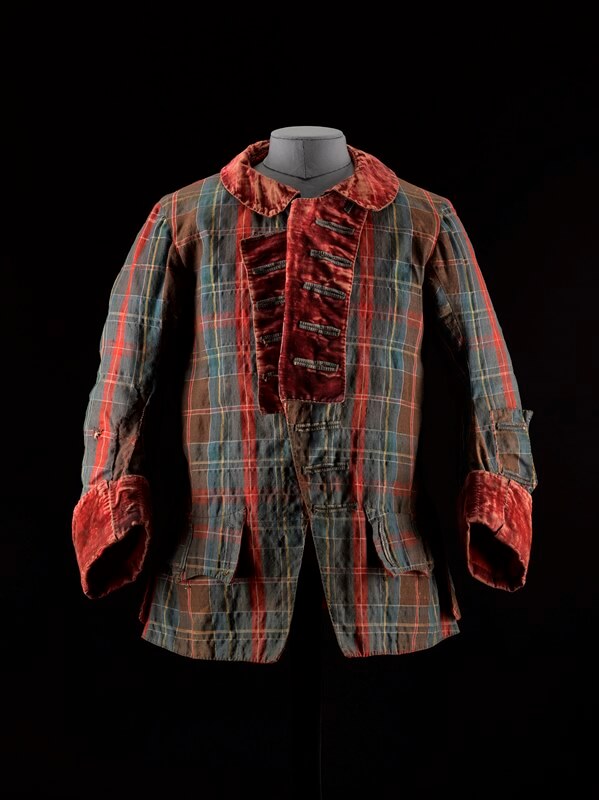 The exhibition has also been an opportunity to conserve the collection with a tartan jacket supposedly worn by Bonnie Prince Charlie undergoing 180 hours of conservation and a silver travelling canteen belonging to the prince brought back to its former glory by a new cleaning process using an electrolytic pencil. 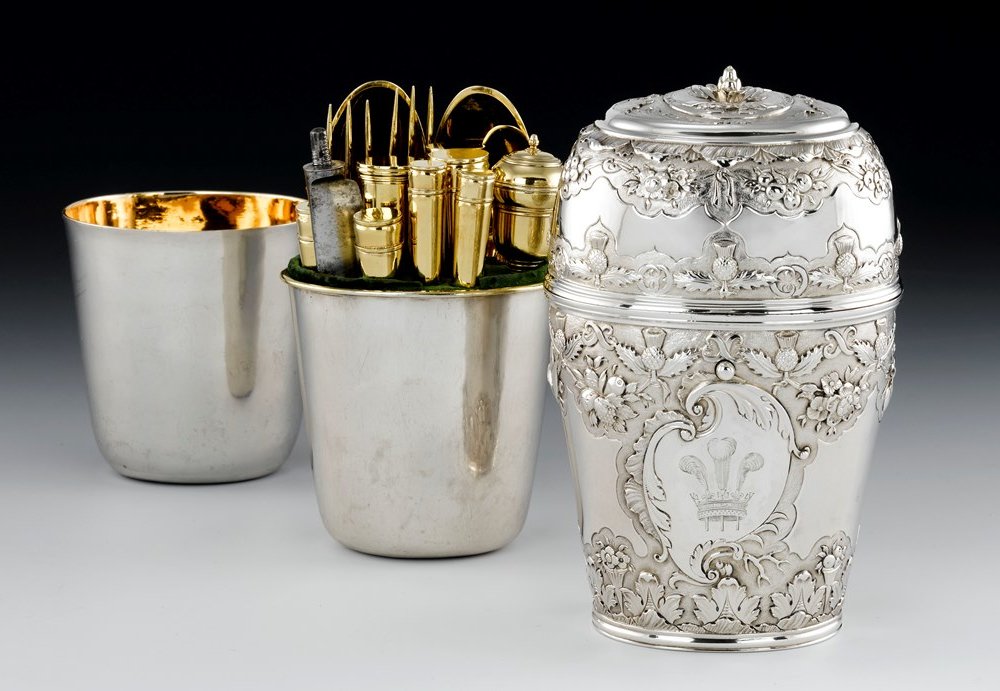 Forsyth admits it is a complex narrative so the four curators along with content developers have worked hard on the exhibition interpretation to ensure that the visitor is guided through the story in a stimulating manner. This included the commissioning of film and television producers FREAKWORKS (see Case Study above) who produced three films that depict King James’ court in exile, Bonnie Prince Charlie’s court in Edinburgh and the Battle of Culloden.

“We are quite old fashioned in the sense that we start at the beginning although in the first section, which is called the Romantic Jacobites, we have a portrait of Charles Edward Stuart entering the Palace of Holyroodhouse but in fact this is a portrait taken from a passage in Walter Scott’s novel Waverley and the campaign of the ’45. As we did with Mary, where we presented a text book image of Mary as a Catholic martyr to be, we show this high-Victorian romanticised ideal, because it’s very much about the Stuart dynasty that is the thread that goes through the exhibition, what motivates these people is power.” 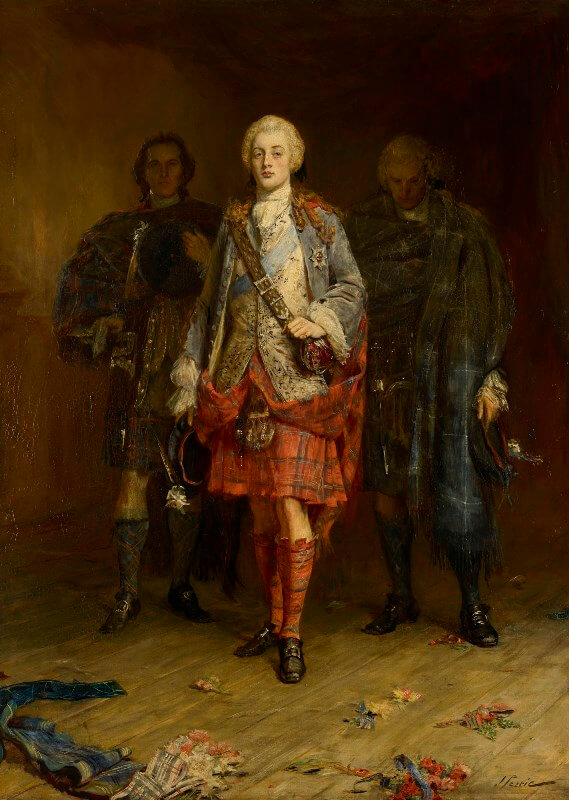 The exhibition has been designed by Studio Arc who also worked on the Mary Queen of Scots exhibition, which is one of the museum’s most popular exhibitions to date with 79,000 visitors from June to November 2013.

“We hope that interest in the Stuart dynasty and Scottish history in general will have an equal draw. The exhibition run gives us a really good period from the Scottish school holidays, when Edinburgh is so busy, right into the autumn. We will have a mixture of visitors including tourists that possibly won’t know anything about the history to local people who are keen to see and learn more.”

The first aim of the exhibition was to uncover and display the museum’s collections as it is an important repository of Jacobite and Stuart material culture. “It’s also an opportunity to look again at a story in its wider more historical context. Particularly the European context and the complexities of the story. It’s not just the civil war in Scotland, it’s not Scotland versus England. Jacobites were highlanders, lowlanders, Irish, Welsh, English, French, Italian and that’s what we are really trying to contextualise our collections in a once in a generation chance as well as some of the best from collection in the UK and Europe.”

As 2017 is The year of History, Heritage and Archaeology in Scotland, which is a Scottish Government initiative being led by VisitScotland, Forsyth says the National Museum of Scotland is pleased to be doing its part for the history and heritage of Scotland.

Bonnie Prince Charlie and the Jacobites runs until November 12.