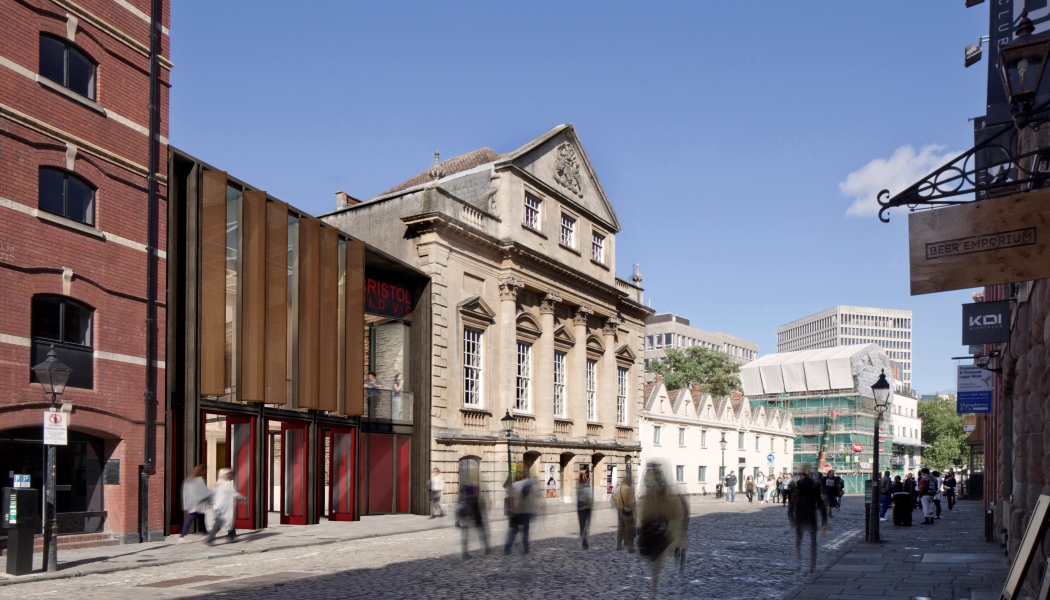 In 2009 Bristol Old Vic launched a £25m plan to restore and refurbish the theatre, the first part of which was the refurbishment of its Grade I listed Georgian auditorium and backstage areas completed in 2012. This summer it will embark on the second and final stage – a £12.5m scheme, which is being supported by a £2.26m HLF grant – to create a wider transformation that will turn the theatre into an international heritage destination and business. This will be made possible by launching a heritage attraction and by using the adjoining Cooper’s Hall, built in 1744, which has been used as the theatre’s foyer since the 1970s, as a mixed-use event space.

The plan is to restore the 18th century architecture and completely redevelop the modern 20th century interventions to create a more fluid building with better signage, interpretation and usage of space. The Theatre Royal, as Bristol Old Vic was originally called, was built during 1764–66 (loosely based on the Theatre Royal in Drury Lane) behind a row of houses on King Street, Bristol.

Parts of the building will be open to the public for the first time and parts will be revealed to the street for the first time such as the theatre façade, which has undergone successive development. Plans also include introducing its extensive 250-year history alongside the comprehensive theatre archive through an interactive heritage and educational offer and developing a new studio theatre accommodating more performances and a broader programme. When complete there will also be a new bar, restaurant facilities, lifts to all floors and new toilets.

“We are now in the process of enabling work and will begin in late summer. We are working with the HLF in bringing the theatre and archives into one team that will explore what we can achieve by building a heritage business,” says Emma Stenning, chief executive at Bristol Old Vic.

The theatre will continue to work with productions, outreach and touring and the new heritage business will promote and share history throughout the building and encourage people to engage in Bristol Old Vic in a new way, bringing new people to heritage and also to the theatre.

As well as this there will be a commercial business that will use the theatre spaces for events. The Grade I listed Coopers’ Hall will be returned to its internal configuration and Georgian origins, providing an extensive suite of public spaces used for a multitude of events such as banquets, weddings, conferences and meetings.

We are a charity so it’s not about making profit, it’s about trying to be savvy with resources we have and making enough money to continue to run the building, care for it and share it with the public 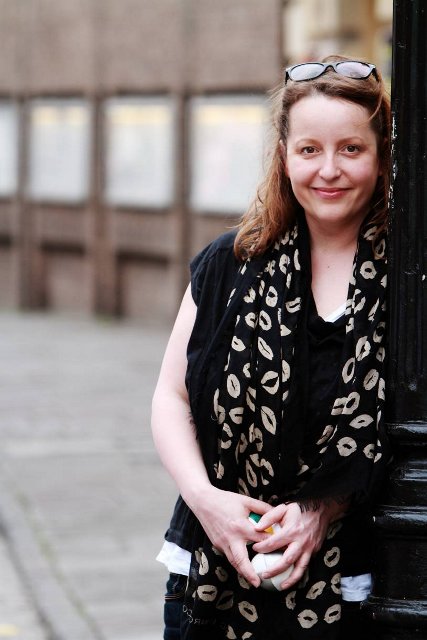 The project will also enable much-needed collections management to take place and make accessible the archives relating to the theatre and Cooper’s Hall, which are housed at the University of Bristol and Bristol Record Office.

At the Bristol Record Office there are archives relating to the theatre building from 1764, when groups first started to consider establishing a new theatre building, and the University of Bristol has archives from 1946 when the Bristol Old Vic Theatre Company was set up, which includes a personal archive of artists’ private collections including photographs.

This will allow the team to display and interpret the history of the theatre through the people who helped with its establishment and the actors that have taken to the stage over four centuries, such as Peter O’Toole and Wendy Williams in a 1951 production of Hamlet. “Part of the HLF bid is concentrated on public engagement that will bring these elements together and create exhibitions, activities, talks and outreach into schools and the community,” says Stenning.

The latest project is a two-year build with the planning and outreach commencing in 2018, with heritage engagement becoming a major part of the permanent work of Bristol Old Vic and the theatre’s story will become an inspiration for a wide range of activities. The project will also allow the theatre team to decode and explain the theatre’s architectural story over time from its Georgian origins to 20th century interventions and of course the latest developments. 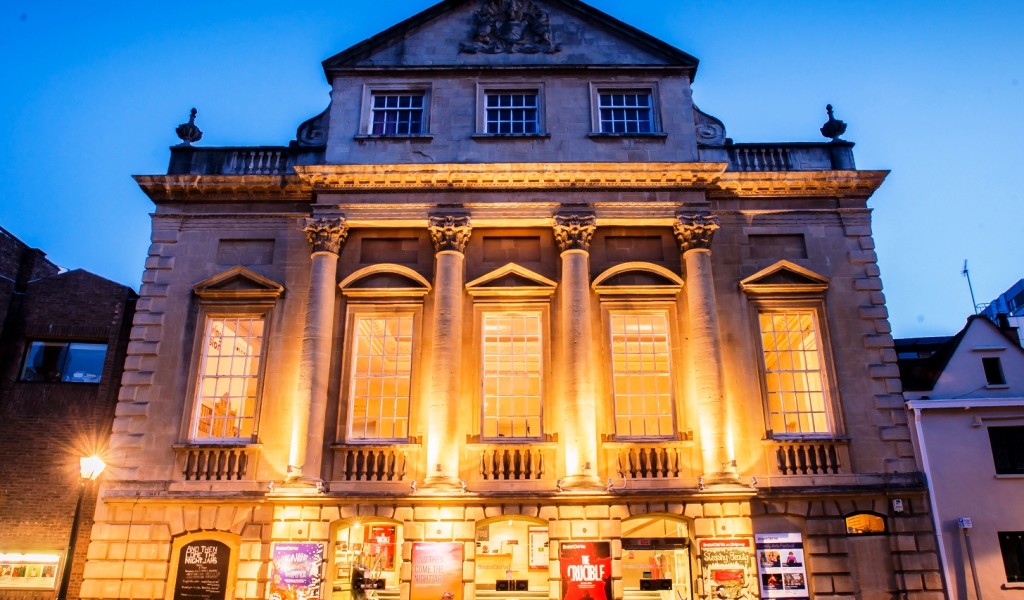 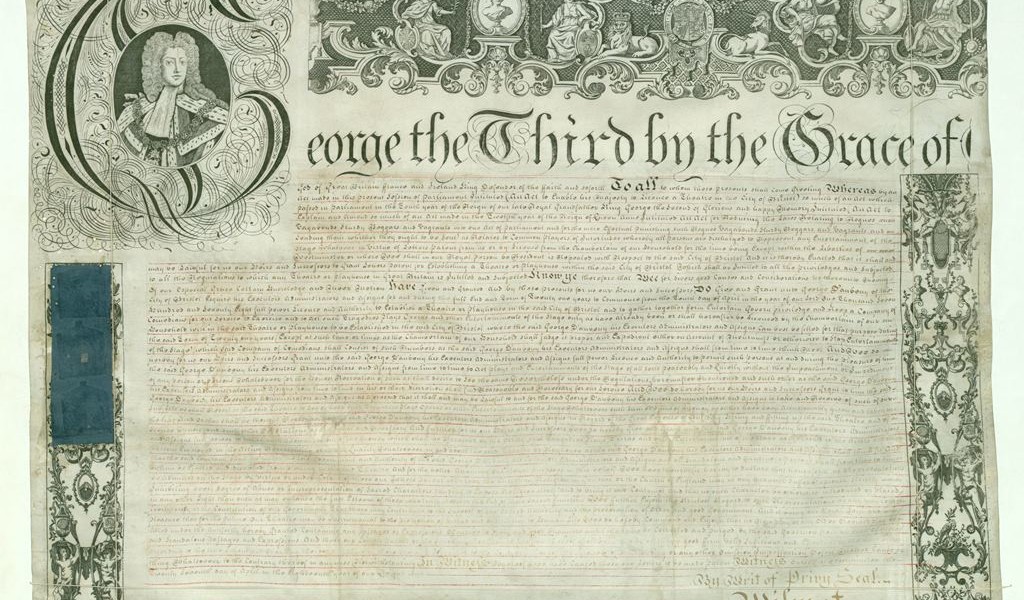 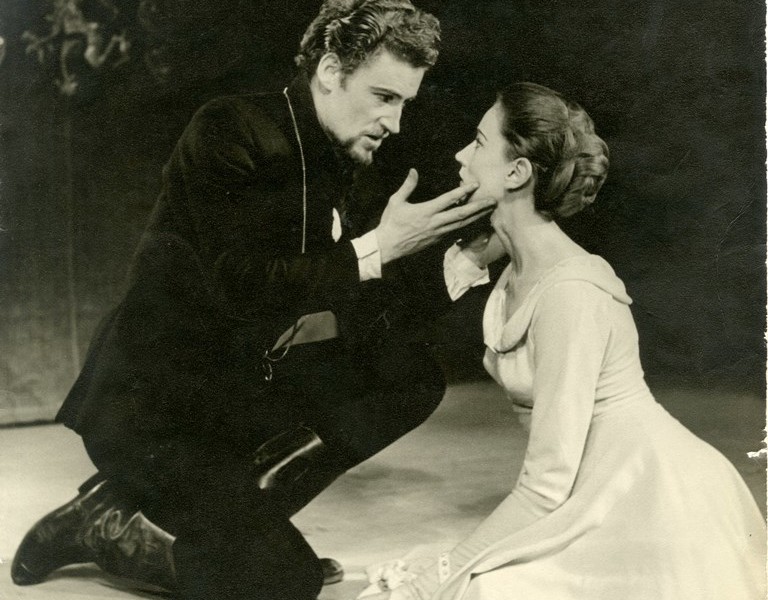 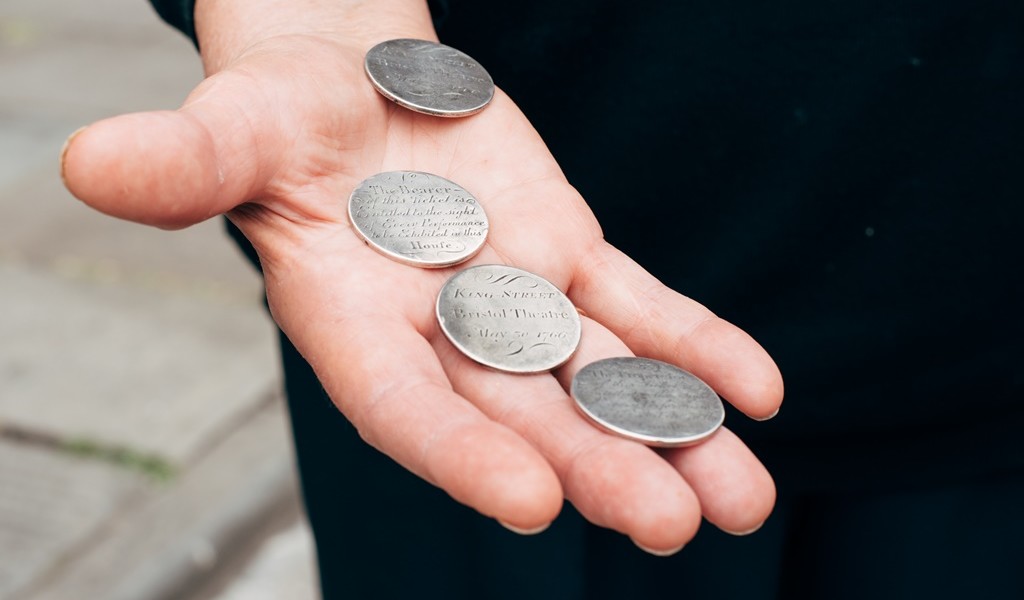 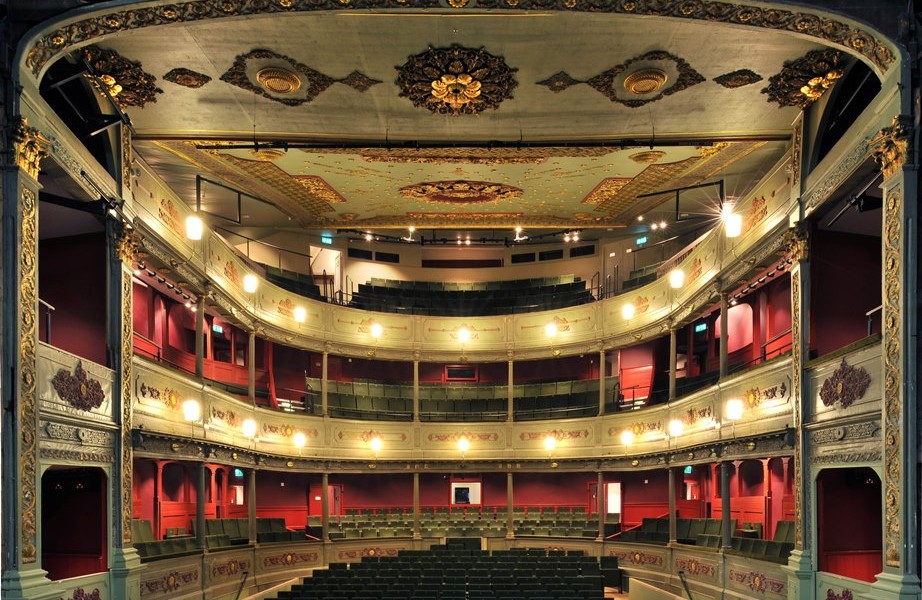 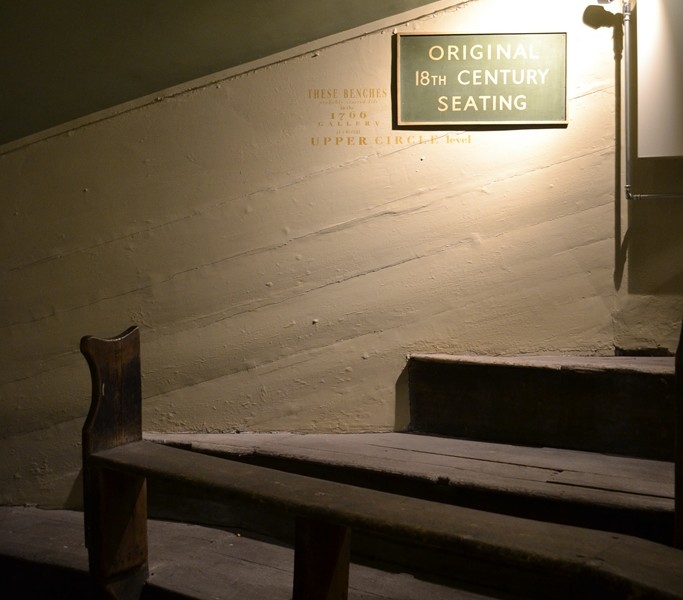 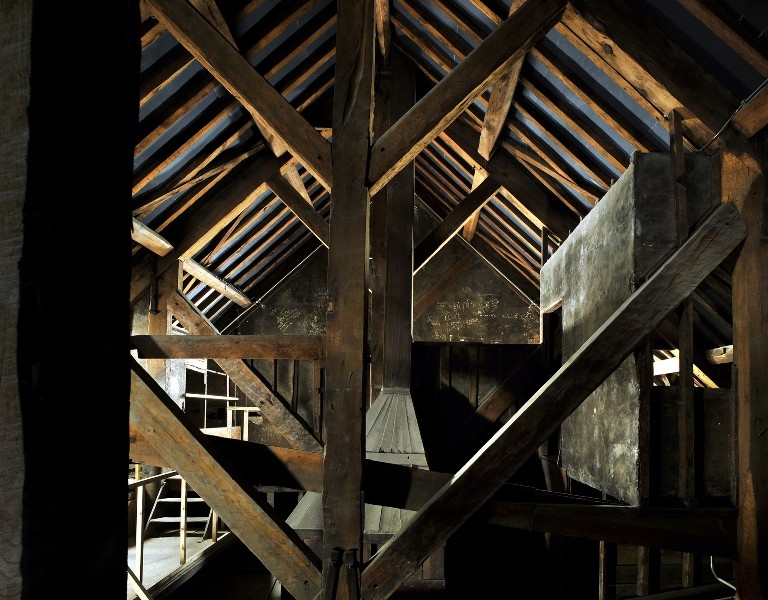 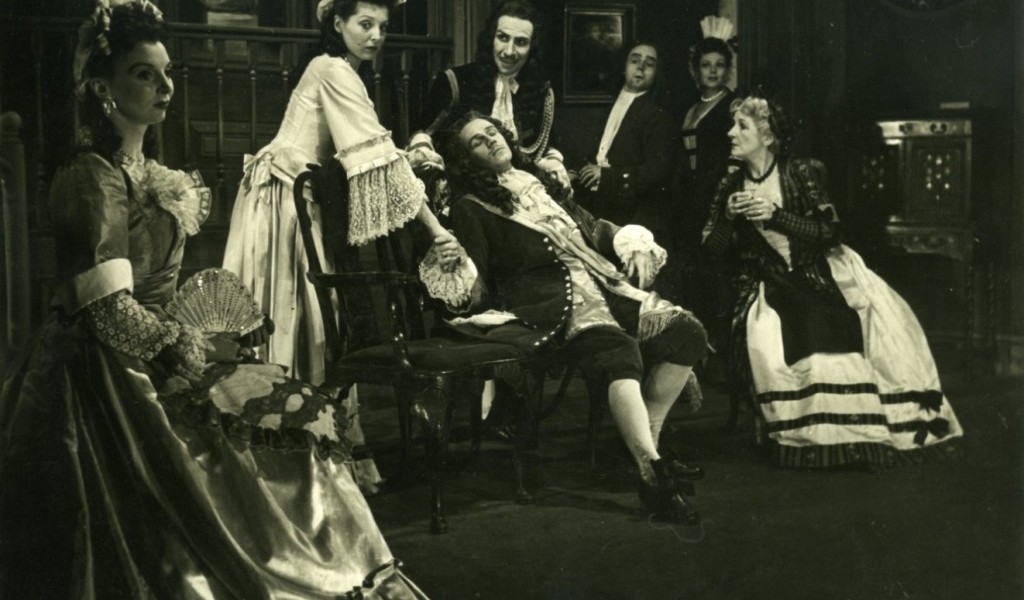 The main theatre will keep running a full programme and audiences will effectively be using the stage door as a temporary entrance. “Bristol Old Vic is the oldest working theatre in the English speaking world and it is very important to keep its heritage,” says Stenning. “It’s crucial we use the 250th anniversary to gain investment.”

A successful fundraising campaign has so far raised £2m by selling 42 of 50 silver tickets (costing £50,000 each) and five gold tickets, which replicates the original fundraising scheme 250 years ago launched by 50 citizens who bought original ‘silver tickets’ to build the theatre. Modern-day ticket purchasers range from actor Sir Daniel Day Lewis and co-creator of Les Miserables, John Card to the founders of Bristol based animation studio Aardman famous for Wallace and Gromit.

“Bristol Old Vic’s Theatre Royal is the jewel in the crown of Bristol’s cultural institutions and a veritable gem in the context of national theatres,” says David Saxton, co-founder of Aardman. “For 250 years the Bristol Old Vic has been telling stories to spellbound audiences. In more recent years it has helped develop an extraordinary amount of new work, bringing on new talent and supporting the UK’s powerful creative centre.”

In 2018 visitors will be able to go up to a new platform on the roof where the old workshops would have been and see a restored thunder run, which was a Georgian piece of sound technology that used heavy metal balls run down wooden channels to recreate the deafening sound of thunder or battle scenes.

There will be themed temporary exhibitions and installations, heritage school visits, interactive family workshops, heritage tours, and theatre heritage pre-show talks. There will also be a special space that will focus on history of typography, poster design and marketing and a timeline of print with the opportunity to buy prints.

“Our aim is to make it an exciting daytime visit, with family character-led tours that highlight special aspects of the theatre and Study days that will be in depth for academics,” says Stenning. “There has been a lot of consultation over the past year, which has been really exciting to solve the theatre’s building challenges especially the front, which at the moment doesn’t work. What’s been really satisfying is bringing the archives and theatre together.”