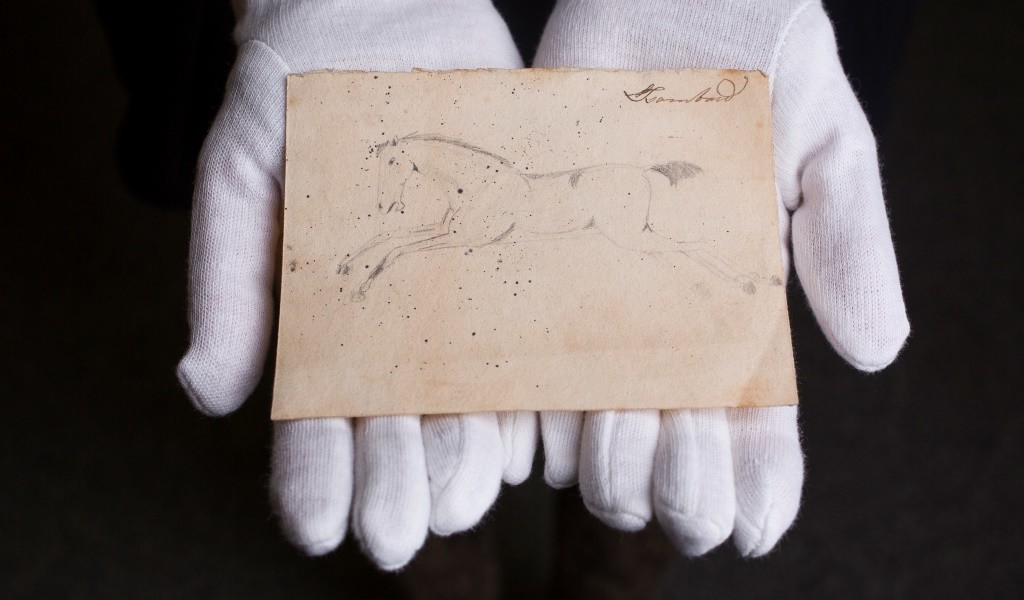 An extraordinary collection of over 700 items belonging to the engineer Isambard Kingdom Brunel are now in the Brunel Institute at Brunel’s ss Great Britain thanks to a donation from collector Clive Richards.

These items, many of which have never been on public display before, are in the Brunel Institute as part of the major plans for a brand new museum and visitor experience to be called ‘Being Brunel’ which is due to open in 2016.

The objects from the Clive Richards Brunel Collection include IKB’s school reports that give a glimpse into his early life, his personalised pen knife and his famous cigar case, which contains his ‘last’ cigar. 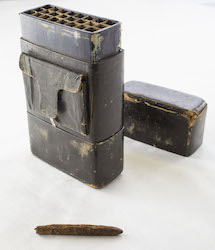 ‘Being Brunel’ will centre around an exciting new public museum and visitor experience that will open up the life and times of this extraordinary engineer, and give unprecedented access to amazing objects from the national Brunel Collection of over 14,000 items; (comprising the University of Bristol Brunel Collection, the Clive Richards Brunel Collection and the ss Great Britain Trust Collection), all of which are currently in the Brunel Institute. The major project will see the redevelopment of the derelict buildings that overlook the floating harbour towards Hotwell Road. 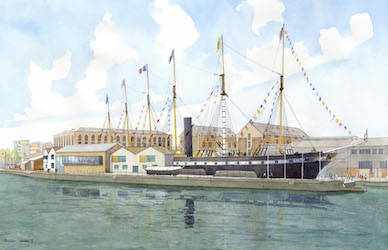 Artist’s impression of Being Brunel at the Brunel Institute

Matthew Tanner, from the ss Great Britain Trust said: “’Being Brunel’ will engage people of all ages by looking into the mind of a genius who was also a very human and interesting person.

“Clive Richards’ magnificent Brunel Collection is particularly rich in telling the human side of the Brunel story, and will inspire visitors to understand him, and be excited by what he achieved, and perhaps what they themselves might be able to achieve too.”

The new museum will include lots of interactive displays, and fascinating experiences, including walking into Brunel’s brain, and going back in time to visit the restored Grade II* listed ‘Brunel’ Drawing Office from where Brunel and his team turned the ss Great Britain into one of the most ground-breaking ships ever built. 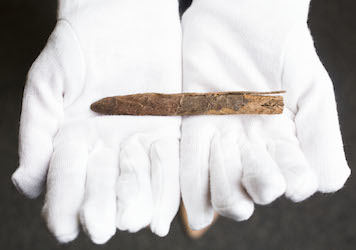 The total cost to deliver the ‘Being Brunel’ project is £7m. The Trust has raised £350,000 towards this target and the Heritage Lottery Fund has indicated its support by awarding a Round 1 pass and ‘in principle’ agreement of £4.75m. In addition Clive and Sylvia Richards have pledged £500,000 as well as the Brunel Collection, and the ss Great Britain Trust is actively fundraising to secure the remaining £1.4m required to realise this unique project.

It is intended that this new development will form the hub of a new National Brunel Network of people, places, institutions and heritage resources around the UK.

Podcast: Becoming director of the Brunel Museum during a global pandemic

Architects appointed as Brunel Museum steams ahead with redevelopment plans