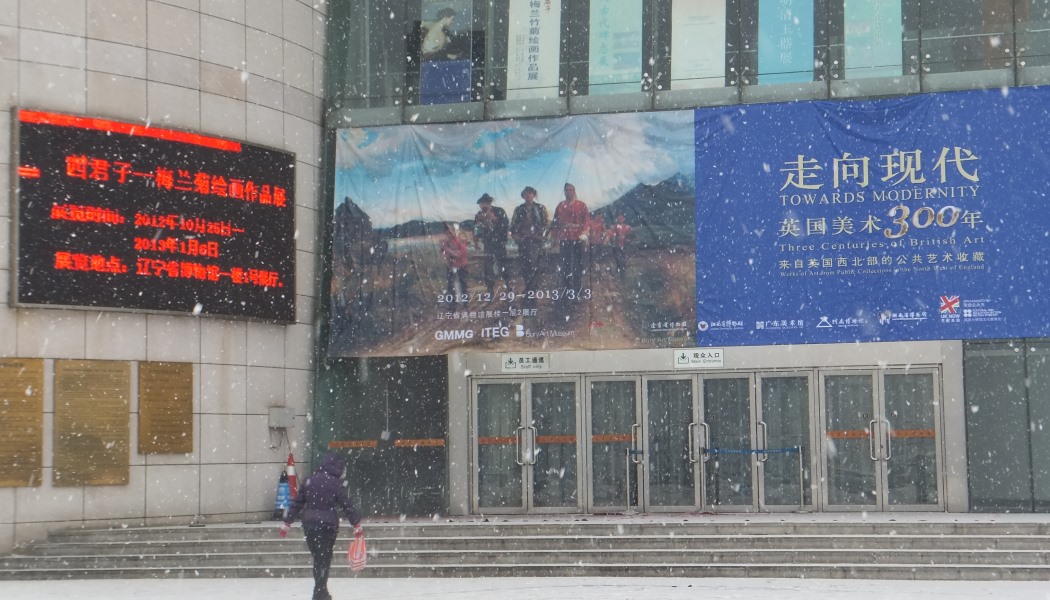 Bury Art Museum: Touring its way out of trouble

When Bury Art Museum suffered de-accreditation in 2005 for the sale of Lowry’s A Riverbank amid a Council funding crisis, it looked beyond the UK network of museums and set up a consortium to tour China, the success of which has been extraordinary

When Bury Art Museum led a consortium of North West museums, mainly consisting of organisations from Greater Manchester Museums Group, to tour China in 2012 it was thought by many to be a ‘risky’ venture for a collection of ‘small’ museums. In November 2012, the first exhibition from the consortium, Toward Modernity: Three Centuries of British Art, began its tour of six venues in China, including Beijing and was seen by more than three million people.

The exhibition, featuring 90 paintings stretching from the 17th century to Lucian Freud, plus three sculptures, generated great interest with Chinese audiences, particularly in the venues in the south of China; in Guangzhou and Changsha. At more than one venue organisers say it proved to be the best-attended exhibition that they had ever held. The audiences, young for the most part, had never seen a British painting. Now, enthused and confident by its past successes, Bury Art Museum is currently leading negotiations for new shows in Japan, China and Taiwan.

“The Bury Art Museum vision has for many years recognised the importance of local cultural developments within the context of international practice. Based on this, the Service’s first experience of international working dates back to 1997,” says Tony Trehy, Director at Bury Art Museum. “The sale of its Lowry painting in 2005 in response to a Council financial crisis led to the Museum’s de-accreditation and general exclusion from the UK network.”

Its response was to look beyond Britain and build its networks and practice in the wider European context. “So paradoxically Bury’s isolation from the UK Sector was the ideal preparation for the financial crisis of 2010, when, unlike most UK museums, Bury was able to draw on its knowledge of alternative European models of transnational working to meet the financial pressures through cultural trading and entrepreneurial innovation in new cultural contexts.”

The organisation of the tours to China in 2012 and 2013 was made possible by internally structuring the Bury Art Museum curatorial team to deliver the project. The first introduction in China was organised by the British Council and after that the museum worked directly with its Chinese partners, and despite not being accredited, co-ordinating 18 UK museums who would be loaning artworks for the show. 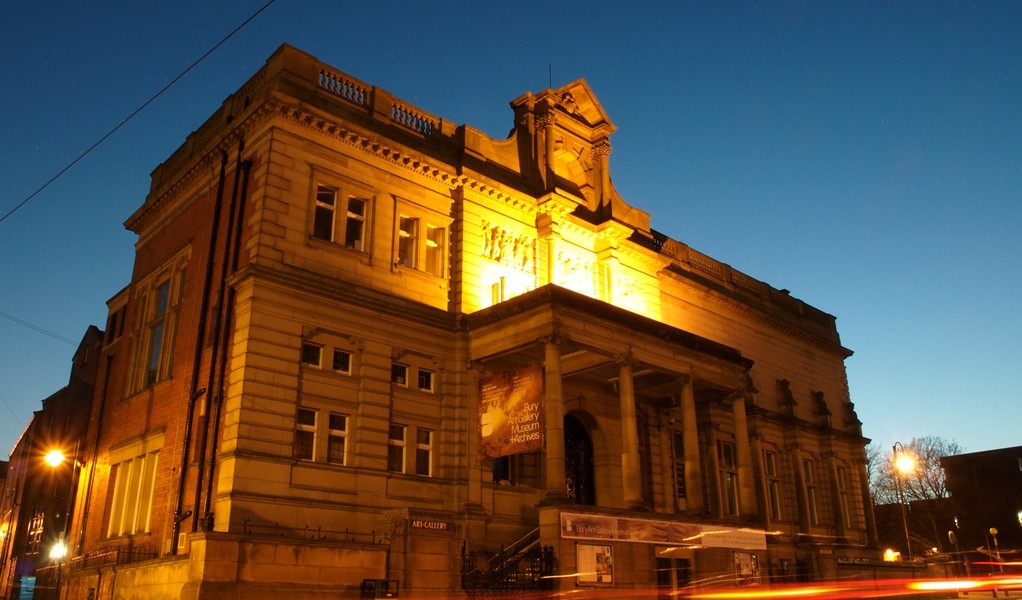 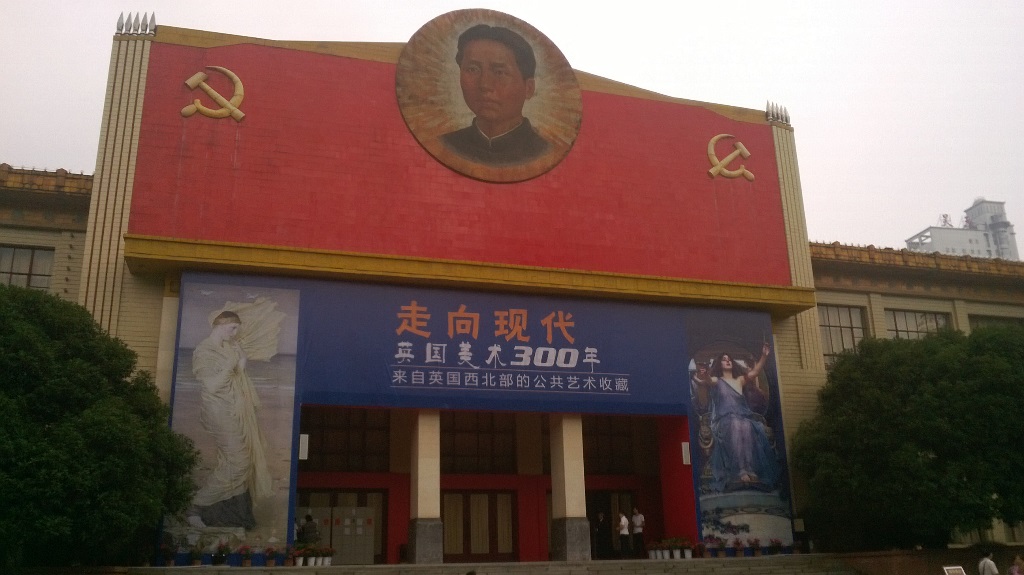 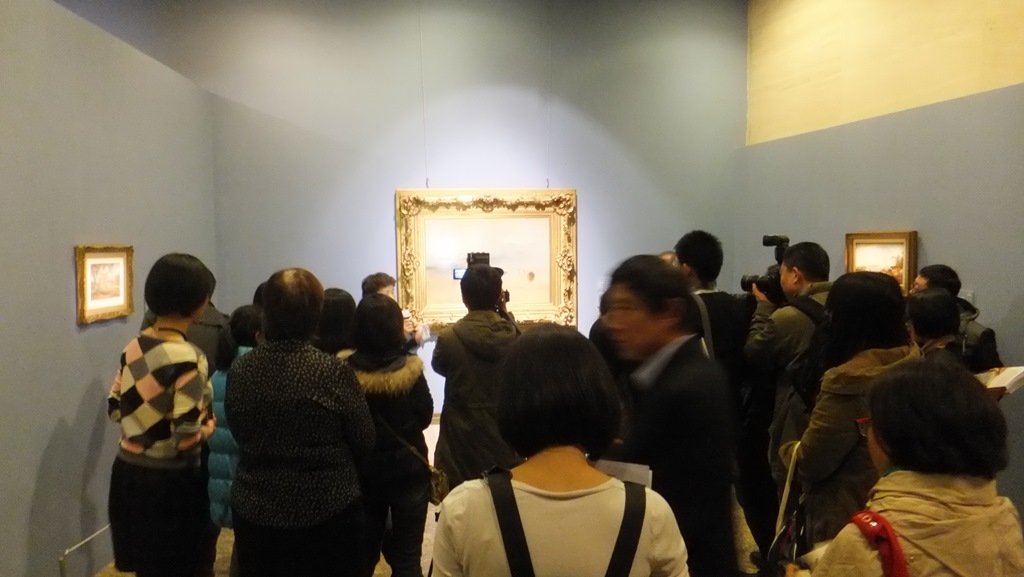 The aims initially were simply to test the model and investigate the possibility of sustainability through international work. However, as the project involved increasing numbers of UK partners, the biggest challenge was dealing with the fear that UK museums had about working internationally. “There were complex issues especially in the cultural differences but Bury’s previous experience allowed confident problem solving,” says Trehy.

The consortium’s approach says Trehy was not only pioneering in its scale and ambition but also in the context of China as a destination as it has not been tried in this way before and there was not really any agency that could advise or support the consortium’s development and delivery of the tour. “Our project represented British culture in cities that even the British Council had not previously engaged with,” he says. “I am not aware of other smaller museums or consortia doing this sort of work.”

The key things that make up a successful international tour according to Trehy are income, increased cultural profile for Bury and its Museum and professional development. The cost, he says, varies depending on the complexity of the exhibition and can be anything between £5,000 – £400,000 and the Bury Art Museum-led consortium aim for them to be funded commercially. The proof that this concept works has been demonstrated by an expansion of the Bury team with two new posts and re-accreditation in December 2014.

“The reputation of the Museum has been enhanced and, to the relief of the sector, Bury has been re-accredited,” says Trehy. “We are in constant demand to advise other museums on international working and have to ration our appearances presenting our practice at conferences around the country.”

In December, Trehy is the key note speaker at the Chinese Museums Association conference in Taipei and is also working with the Working Internationally Regional Project with its 2015 workshops.

“We think touring internationally should be an integral part of regional museum practice – the key word there is ‘integral’: it’s no use thinking it can be tagged on top of everything else you’re doing – it won’t work. You need to be focused and committed to get the considerable benefits.”

The experience and confidence gained by the team, Trehy says, has been immeasurable and this, like the revenue, has been invested back into the museum for a brighter, stronger future.

Entrance to the Liaoning Provincial Museum in Shenyang