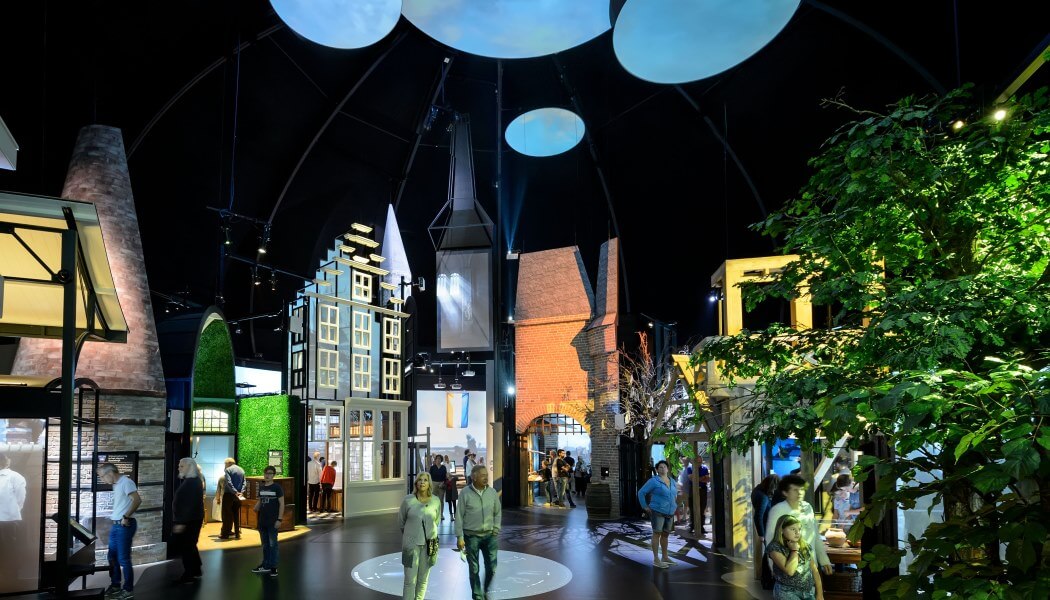 Rapenburg Plaza supplied lighting fixtures and equipment for the new Canon of The Netherlands at Arnhem Open Air Museum, which is filled with the latest technology

Since opening in 1912, the Netherlands Open Air Museum in Arnhem has given visitors a unique and quirky view of the country’s history through 80 buildings transported to the museum park from across te country, together with living examples of workplaces and lifestyles drawn from all periods and all places in Dutch history.

In September, the museum’s latest, and possibly most adventurous exhibition to date, Canon of The Netherlands opened to the public, which is a journey through the highs and lows of Dutch history from the Stone Age to modern times.

It consists of a 19 metre high exhibition hall with approximately 1,900m2 exhibition space with 200 museum objects, 25 interactive games, 67 video projectors, 66 interactive monitors, all linked back to 80,000m cable with a capacity of 80,000 KWH. 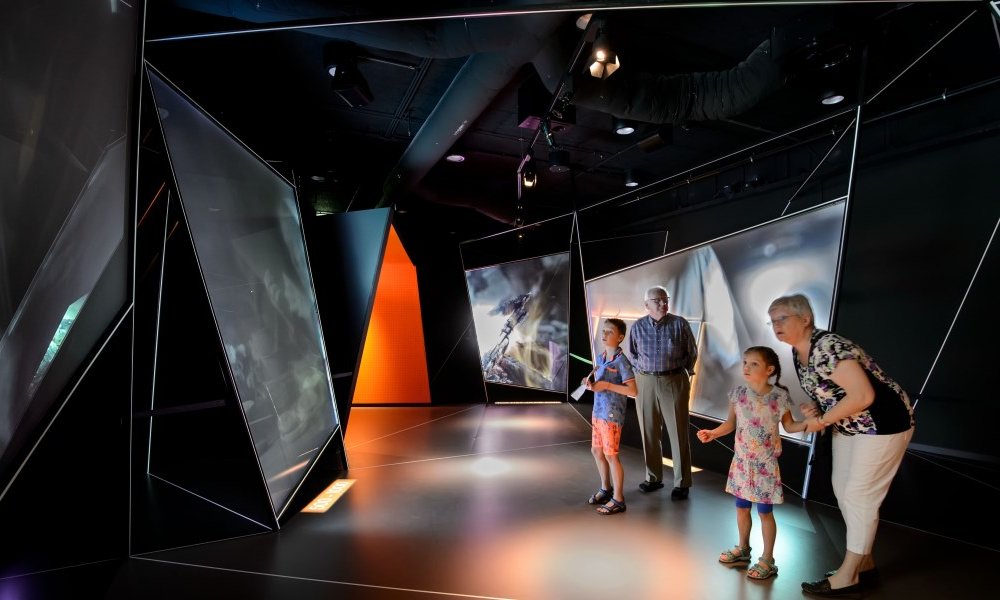 In the pre-show area lighting is used to guide people and make the route visible. The only highlights in this auditorium were specific spots to accentuate text and dates.

The exhibition documents Dutch history through digital media alternating with authentic historical objects. The exhibition is split into ten ‘Movie sets’ that overlap and show different periods of history, composed of fragments of historical buildings and monuments in which the visitor can walk freely. The 50 Netherlands windows of the Netherlands have been processed in these ten ages with historical objects and audiovisual presentations. Above the decors are projected on the ceiling so that the dome consists of one fascinating historical landscape. 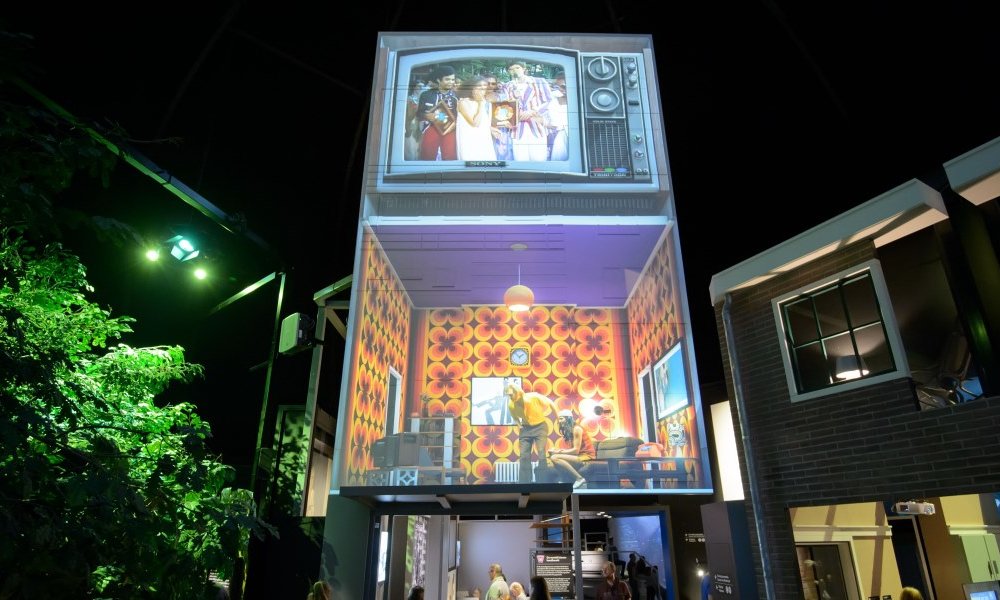 Working in intimate collaboration with exhibition architects Kossmann.dejong and a multi-disciplinary team of film, animation and interactive designers, Rapenburg Plaza of Amsterdam were engaged to implement the lighting, show control and audiovisual technologies for the exhibition.

Canon of The Netherlands is entirely located away from the weather in a partially-subterranean dome and an underground tunnel. Divided into four sections, the exhibition consists of 50 ‘windows’ into Dutch history arranged in ten broad periods.

Stijn van Bruggen, project manager at Rapenburg Plaza said: “After 18 months of engineering, consulting, technical design and brainstorming, our team of experts have applied a design-thinking approach which is actually a very disciplined way of knowing what technologies to integrate into an exhibit and to meet all client and stakeholder expectations.”

“In auditorium 2, for example, we have used theatrical lighting, which is a clever addition to the imaginative design of Kossmann.dejong and the creative video projections by Redrum. It makes the exhibition complete, accentuates the 10 ‘movie’ sets and gives the whole of the auditorium its theatrical look and feel.”

For this purpose theatre and entertainment spots are used, he says, spots with RGBW control, dimming control, high output and a diverse array of light beam angles. A mix of spot lights with PC/Fresnel lenses and profile projection spots are used to accentuate sets with washes or gobo projections. 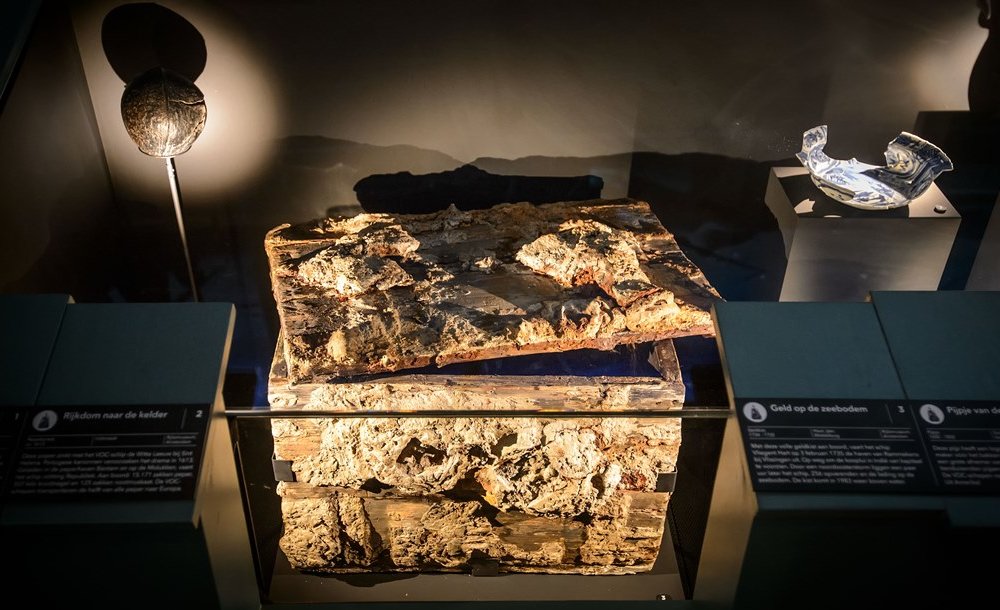 Projection lighting is used for the showcases

The showcase lighting is completed with projection spot lights that can zoom in and out as well as different lengths of LED light strips. In some cases, dimming of the spot lights was enough for the items or museum collections. And in others, filtering was needed to further dim the values of light to protect and safeguard light sensitive items and collections. All showcases are made of steel plating. This means that all spot lights are fitted with magnets to improvise and get the best results in angles and lighting positions. Showcases with precious collection are not able to be opened without special personal, so specialist compartments are fitted with the spots inside to light the items/collection. 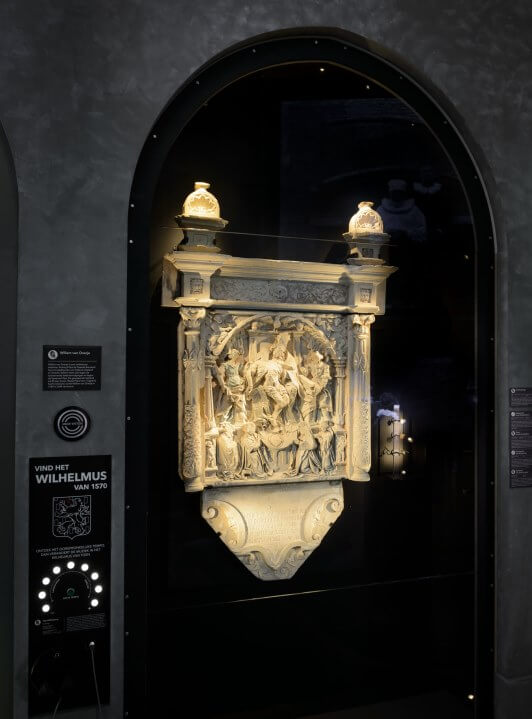 Orientation lighting at the subterranean Canon of the Netherlands

Because of the lack of natural light Rapenburg Plaza have included orientation lighting to assist visitors’ journies and also for lighting all the different texts and descriptions for the collection and parts of the exhibition. In order, not to interfere with the look and feel of the theatrical light design the orientation lighting was mostly hidden or inconspicuous for the purpose.

In auditorium 3 lighting has been designed to guide people, entice and make the route of the journey visible. There is a printed back drop which is lit with wall washers and specific spots, to get an interesting way of lighting and accentuate the information and print on this back drop. On the ground, lighting graphics are projected in a graphical and playful way to show a timeline. Using dots of light, this timeline is made visible. 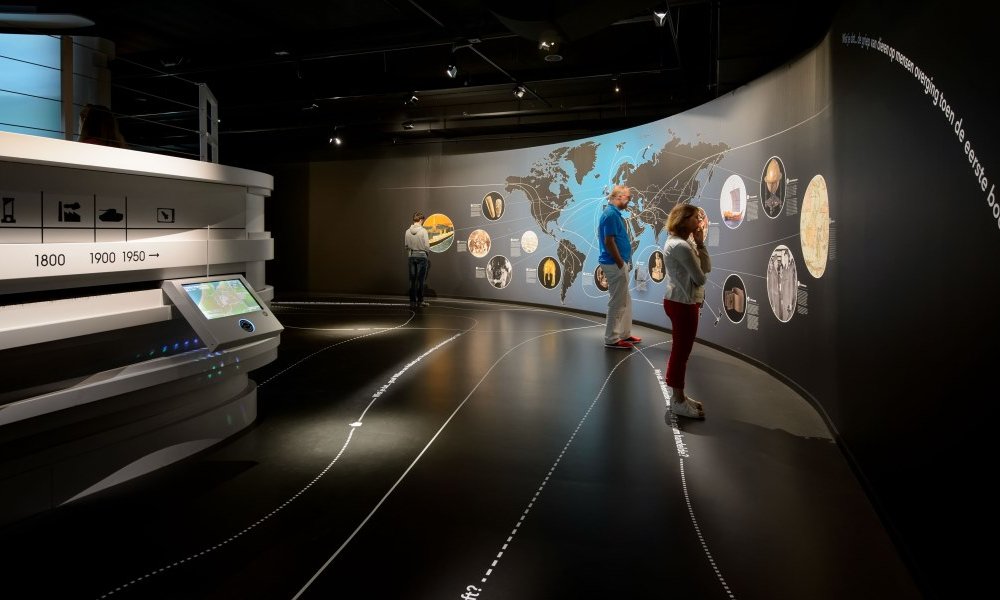 Auditorium 3 HAS A a printed back drop, which is lit with wall washers and specific spots

And auditorium 4 has a large video wall with touch capability (18,00 x 3,50 meters). The wall emits light and the general light joins that. The general lighting lights the furniture and walking areas in a non-conspicuous way. This exciting video wall is the grand centre piece of this auditorium. 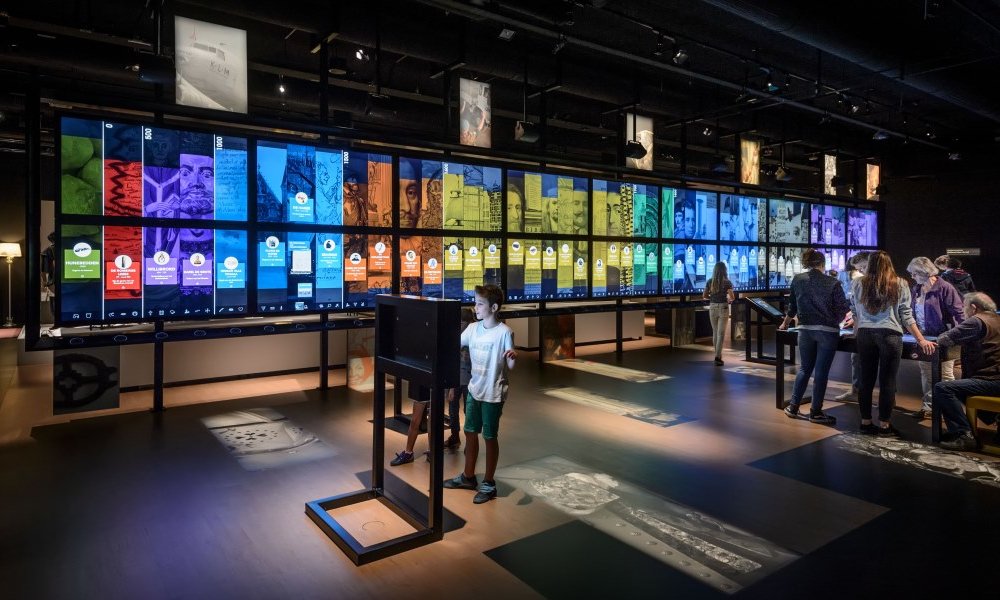 The large video wall in auditorium 4, which has touch capability

To give a sense of the scale of Rapenburg Plaza’s contribution to this project, it has specified, installed, configured and commissioned, 67 projectors, 66 touch screens, 46 video players, 103 loudspeakers and 59 audiovisual computers, using some 177 data and video extenders and 33 network switches, over 45km of power and data cables and a capacity of 80,000KW. Rapenburg Plaza’s created all computers, media players and processors in housed dedicated machine rooms to preserve valuable exhibition floor space and to provide central access for maintenance.

“For Rapenburg Plaza, planning was key to the success of the project,” says van Bruggen. “All technology was meticulously planned and pre-built as much as possible off-site before bringing it in the museum, reducing the time needed on site. The project is one we’re extremely proud of in terms of scale, size and technical complexity. If I was to give any advice  to museum professionals it would be to always ask the critical questions: What is the purpose of the light and the light design for the exhibition? Does it help with the orientation as well as making all the items in the exhibit visible for the audience? Or, is the lighting design a means by itself, and is it a way to give an exhibition its own appearance?”

Ikon Gallery – a light-bulb moment in lighting design and entrepreneurship