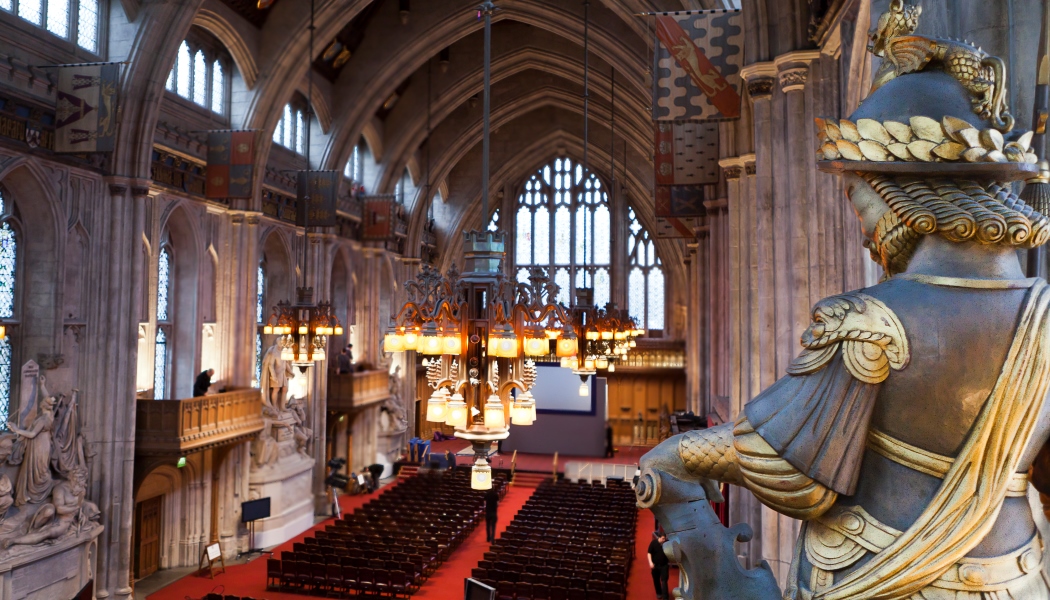 CASE STUDY: FireVu on the challenge of fire detection for heritage buildings

A year ago Charles Rennie Mackintosh’s architectural masterpiece, the Glasgow School of Art, was devastated by fire. The famous Mackintosh Library was left an unrecognisable smouldering pile of rubble.

The rapid progress of the blaze was aided by wall voids and cavities, something that is no longer permitted in modern designs. Even though fire crews arrived on the scene within four minutes of the alarm being raised, the blaze had already made devastating progress.

The cost of restoring this unique Art Nouveau building, which launched a whole design movement, will run into millions over the coming years despite 90% of the structure being assessed as viable. Around 30% of the School’s irreplaceable contents have been lost.

Scottish Fire and Rescue Service investigation noted: “At the time of the fire the (fire protection) system was not fully commissioned and was not operational.” The Battersea Arts Centre fire, only a few weeks ago, again demonstrated the vulnerability of heritage buildings and also the sense of loss and the huge cost of restoration.

Listed heritage and museum buildings can’t be altered aesthetically. So fire detection solutions must seamlessly and unobtrusively blend modern systems into the fabric of the building. This requires technological and aesthetic creativity as the regulations are strict: even drill holes are generally prohibited.

Plain interiors, such as stone or tiled spaces, present greater issues as they can make it especially difficult to hide fire detection and prevention systems.

The type of large open spaces that present special fire detection issues is shown by Parliament’s Central Lobby, which measures 18 metres (59ft) across and 23 metres (75ft) from the floor to the centre of the vaulted ceiling.

When a fire occurs smoke can stratify below detectors if they are positioned high up in the structure. This is an issue for solutions that rely on smoke particles to trigger an alert such as aspirating systems as smoke might take some time to reach the detection devices or might indeed never reach them. Less predictable air flows, which are unique to each historical edifice, also need to be taken into account in this respect.

Of course if aspirating systems can be positioned in locations that will be triggered by smoke, then this might be an effective solution.

It all means that fire safety solutions have to adapt. The solution has to mould to the scenario and not the other way round.

London’s Guildhall, a place of deep historical interest for the country since 1411, illustrates the type of challenges faced and the possible solutions of ensuring fire safety in a listed building.

The Great Hall and medieval crypts required a fire detection system that would not compromise the historic and decorative integrity of the building. The system had to be unobtrusive, leave no imprints on the stone facades and ornate decoration that at first inspection presented few options to disguise or hide fire detection systems.

Moreover, the Great Hall is a voluminous area and so the issue of smoke stratification needed to be considered.

A video based solution, hidden out of view, was located above the stage and from the balconies for the Great Hall. It is almost undetectable, hidden high in the wooden structures.

The Video Smoke Detection (VSD) solution enables a wide field of view that reduces the number of detection points needed. As it is a camera based solution, smoke stratification was not an issue as flame and smoke could be identified early at source.

At some cost original lighting fittings were recreated to provide a discreet home for visual detectors – a solution that satisfied its listed status with the need for early fire detection.

The VSD solution offers good situational awareness in the event of fire. It also helps determine the most appropriate action that should be taken, triggering an overall suppression system can cause more damage to a historic building than the fire itself, which could have been an issue with a site such as the Mackintosh Library.

Early fire detection solutions might vary, but there is a way to a balanced solution with each fire detection system offering its particular strengths for the specific requirements of the building, whether it is aspirating, infrared or VSD.

Every heritage building project requires sensitivity and creativity. The key is not a compromise as such, but the use of a creative approach balanced with the most effective fire detection and prevention system for the building in question. London Guildhall shows that nothing need be compromised to reach a solution that satisfies architects, consultants and the heritage building or museum.

www.firevu.co.uk
London Guildhall has had to contend with two great fires in 1666 and 1940 – the unobtrusive fire detection system will ensure early alerts to any new danger.

London Guildhall’s magnificent Great Hall – cameras are located above the stage in the distance (over the statue’s hand) and on the balcony – the solution cannot be seen at either location by the casual observer (credit: City of London Corporation)