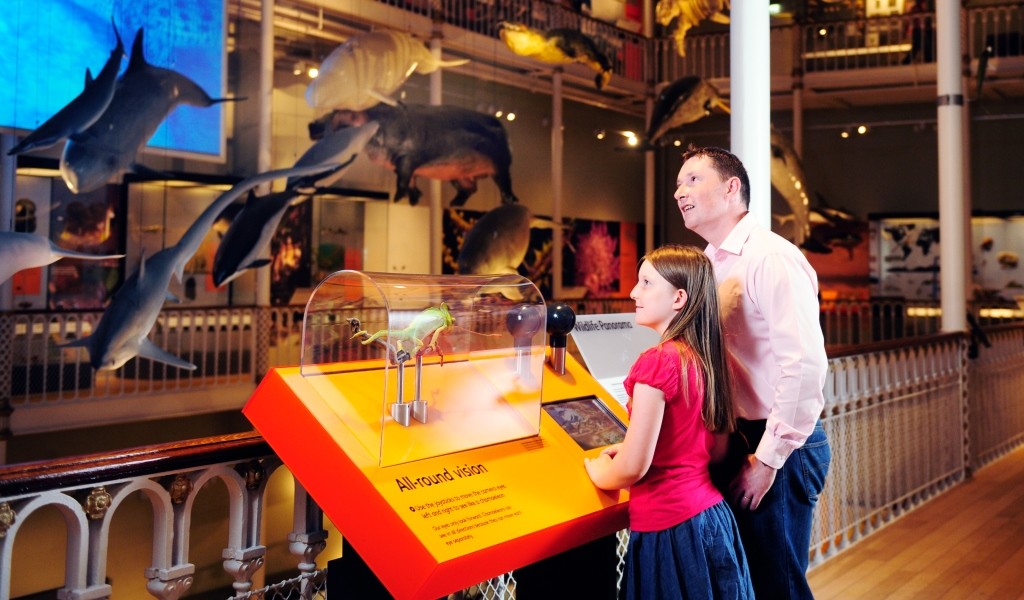 Interactivity at the National Museum of Scotland

The National Museum of Scotland (NMS) in Edinburgh has embraced the power of hands-on interactive, audio-visual and computer-based exhibits over the last ten years

Interactive Exhibit Consultant Lyndsey Clark first worked with NMS on the Connect gallery, a hands-on science and technology gallery that opened in 2006 and soon became a firm favourite with regular museum visitors. It presented a mix of whole-body active exhibits relating to subjects such as Energy and Transport, with thought-provoking computer games and dialogue exhibits on Genetic Engineering and Artificial Intelligence.

In July 2011, they opened 16 new Natural World and World Cultures galleries which used a full range of interpretive tools and techniques. She is now working as a consultant for the Museum on the interactives in ten more new galleries which will showcase their internationally important collections of decorative art, design, fashion, science and technology. This includes a refresh of the original Connect exhibits and some additions to that gallery.

From the start of this long-term transformation, the Museum has had an aspiration to ‘provide displays that are engaging, interactive and informative’ and ‘opportunities for visitors to learn in ways which suit their learning styles and needs’. Interactive and hands-on exhibits cater particularly for people who learn in an active way, however not all interactives are the same – some appeal to problem solvers, others to dynamic learners, and others to those seeking deeper layers of information. Interactive approaches encourage visitors to engage actively with a display or particular story, and encourage closer investigation of objects and are not just the preserve of younger audiences. 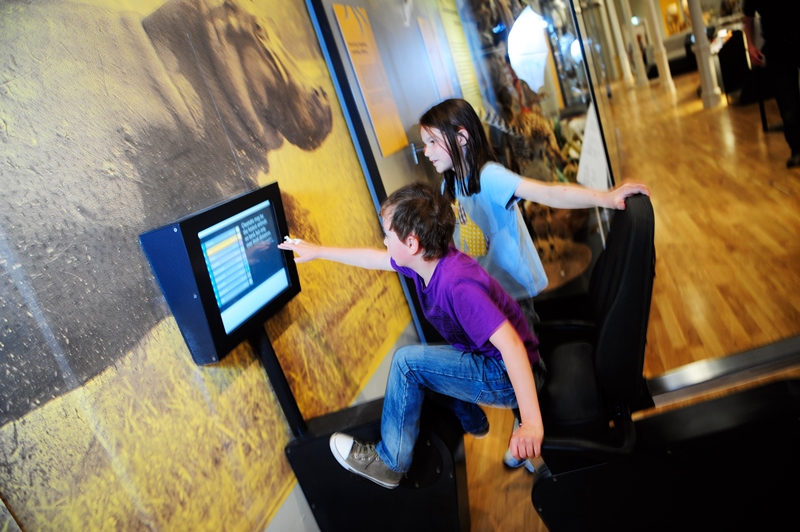 The key to the successful integration of interactive and audio visual exhibits within exhibitions is being very clear about what you want to achieve with each exhibit, why the particular medium (hands-on, film, computer) is being chosen and who each exhibit is for. For the 2011 galleries, they identified three main types of digital exhibit in our strategy: Software interactives, Information Software and audio-visual presentations. These distinctions were very important, because they allowed us to choose the best company for the job.  This also applies to film. I managed the making of 13 films in total across all galleries. Each of these films was developed for one or more of the following four reasons:

While we have some very strong examples of successful dramatic ambience-creating presentations which have immense visual impact, it is the fourth of the reasons that I am most proud of. We received very positive feedback from both visitors and source communities and participants about our films representing the voices of the Tlicho people, Australian Aborigines, Maori artists and others. This positive feedback is incredibly important in relation to how museums represent communities and whose story is told. This type of film is something we are doing a lot of in the new galleries – both scientists and artists/designers will be telling visitors about their work in their own words.

In terms of lower-tech ‘hands-on’ exhibits, again we thought very carefully about each of these in terms of why it was being included and what it could add to the interpretation of the objects on display.  For younger children, we looked at simple children’s activities including dressing up, books, touch opportunities and jigsaws. Because of huge visitor numbers, the museum has to think very carefully and creatively about sustainability. Most of the exhibits in the galleries for the youngest children have a bespoke designed furniture item but then off-the-shelf replaceable components such as musical instruments, building blocks and puppets. In the new Science and Technology galleries we will be including exhibits that showcase phenomenon, allow experimentation, demonstrate principles and also explore attitudes, emotions and behaviours. Very few of our new exhibits will be designed to teach visitors a fact, instead they are designed to elicit certain feelings which we hope will enrich the experience and help to interpret the collections and truly engage visitors of all ages.