They declared: “Without doubt this is the UK’s most significant archaeological project of the last 40 years and one which successfully applied new science to the rescue and conservation of many hundreds of objects."

Using the resources and findings of the Mary Rose Trust and its subsidiary the Mary Rose Archaeological Services M+H Advisor maps out one of the most comprehensive projects in conservation and environmental control.

The excavation and salvage of the Mary Rose created a milestone in the field of maritime archaeology and is the largest recovery project of its kind in the world. In 1982 the hull of King Henry VIII’s warship was carefully lifted from the seabed where it had rested since sinking on 19 July, 1545.

Once ashore, the Tudor warship, which had seen 34 years in action, was wrapped in protective foam and polythene and continuously sprayed for 30 years after excavation. Firstly the ship was sprayed with chilled fresh water to remove the salt and then in 1994 the conservation spray was changed to Polyethylene Glycol (PEG), a water soluble wax which replaces water in wooden objects, making the wood dimensionally stable and preventing warping or shrinking of the wood when it dries. It also prevented bacteria and other organisms growing on the timbers.

There were three stages to the process: firstly a low molecular weight PEG, then from 2004 a higher weight (or more concentrated) PEG to strengthen the outer layer of wood. Finally, after 19 years of being sprayed with PEG, the sprays were switched off and the Mary Rose moved into the final stages of its conservation: the careful air-drying of the hull. Without implementing this decisive and lengthy process the wood could have shrunk by up to 50 per cent and to make matters worse it would also have warped and cracked as the water evaporated.

The Mary Rose is currently drying out in environmentally controlled conditions and this process is expected to see more than 100 tonnes of water extracted from the hull over a four to five year period. 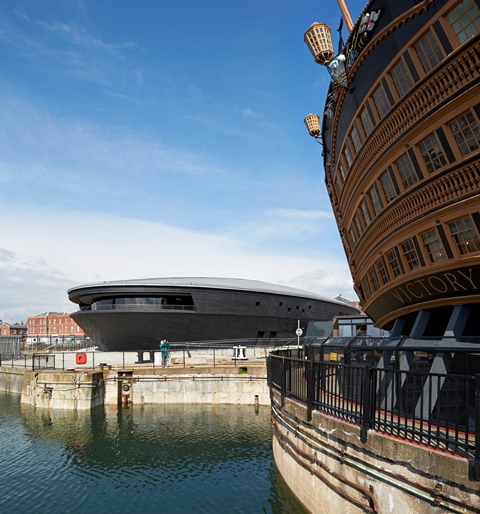 The beginning of this part of the conservation process coincided with the opening of a new Mary Rose Museum in 2013 where 19,000 objects, recovered from The Solent, (the ship’s last resting place) are now housed following painstaking restoration, many of them on display.

The new museum features a hot box chamber that houses the hull of the ship, which also allows visitors to see this technical drying process take shape through a viewing window in the museum. Inside the hot box, the hull is protected in an airtight chamber with fabric ducts directing conditioned air, in a sophisticated pattern, which is slowly removing moisture from the timbers.

The precision of the carefully controlled environment of the Mary Rose’s hull was replicated on a smaller scale with each individual object excavated, ranging from military hardwear, including a rough shot canon ball and a demi canon, to clothing such as a woollen hat and mitts, being treated with precise care.

All the objects were placed into passive storage following their recovery in order to stabilise them and stop further deterioration before being worked on by conservators.

Each object was then separated and treated according to its material, with small wooden objects placed in sealed polyethylene bags to keep their moisture and the much larger timbers being stored in unsealed water tanks. In some cases wood was preserved with PEG and then freeze-dried. 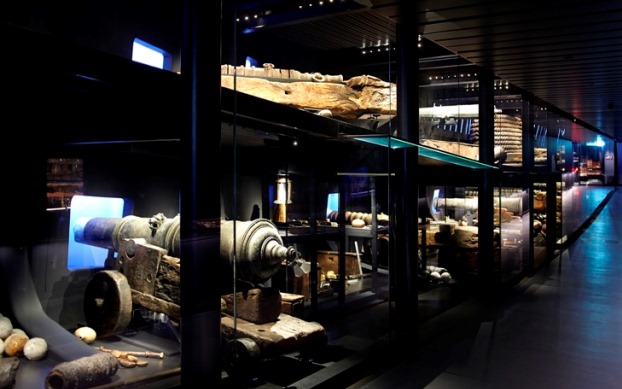 One of the dangers posed in the conservation process of the objects was the growth of fungi or microbes and the team employed a number of techniques to thwart this including low-temperature storage, special chemicals and the use of pond snails which eat organisms that would otherwise be a danger to the wood.

Another element of the conservation was to inhibit acid production. The hull and some objects were vulnerable to acids that had the potential to eat away at the wood. The conservators knew that these acids originated from sulphur species joined to the wood while submersed in The Solent. Once taken out of the water they would be exposed to high levels of oxygen, which acts as a catalyst for the sulphurs turning into acid.

The conservators realised that by taking away the iron by ‘reacting’ the wood with a complexing agent this could be avoided. 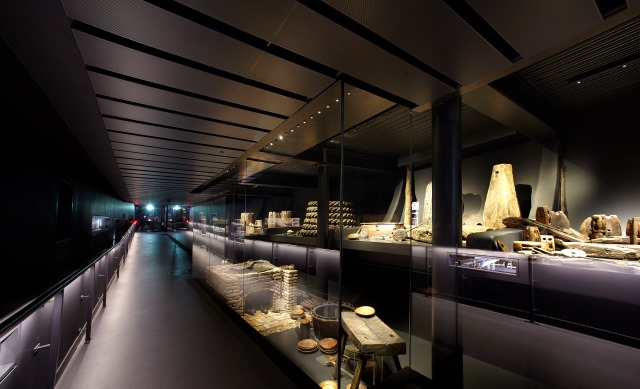 The Mary Rose Trust has used this application as a surface treatment and is working on adaptations for submersion treatment. The trust is also pioneering the treatment of Strontium carbonate to neutralise acids and other elements with acid-forming potential.

The Mary Rose Archaeological Services states that it now has more maritime archaeological capacity than possibly any facility in the world. The whole mission has been a triumph of collaboration and teamwork between divers, archaeologists and conservators to ensure both the ship and her objects did not deteriorate.

The vast amount of knowledge and experience gained from this gigantic project means that the Mary Rose is now the leading UK museum for maritime archaeology and conservation and can offer the latest organic waterlogged wood conservation technology. The Mary Rose Museum has also been shortlisted for European Museum of the Year 2015.

Once the drying process comes to an end, potentially in 2017, the internal walls of the airtight chamber will be removed and visitors will be able to see the world’s only 16th century warship on display with unobstructed views. Then the ship and her wares will be reunited once again.