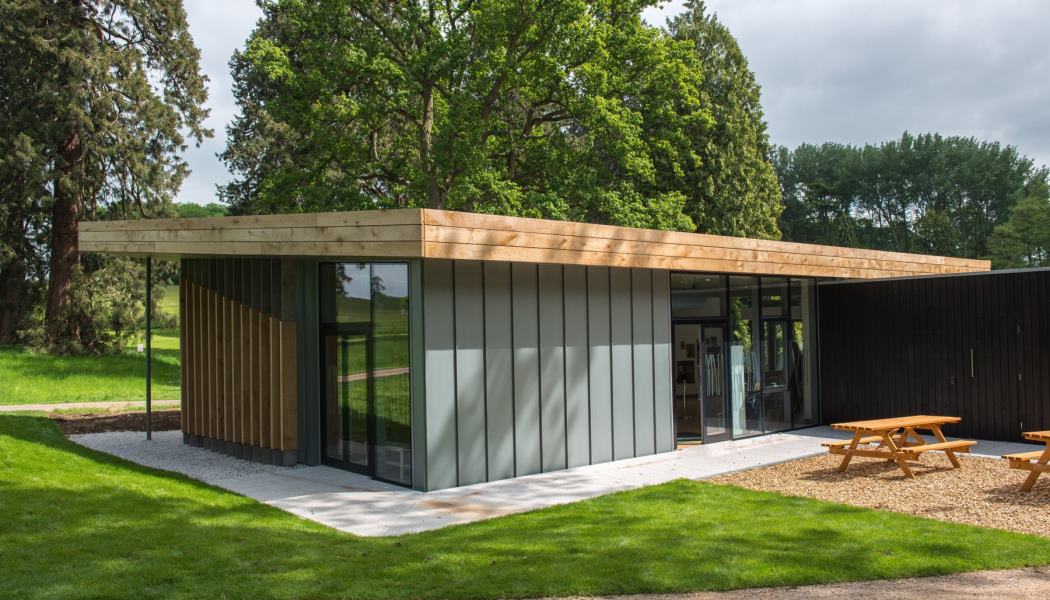 Last year Compton Verney embarked on a £2.5m HLF-funded restoration project with the aims of preserving, restoring and celebrating an outstanding ‘Capability’ Brown park, which includes a rare, Brown-designed and Grade I listed Chapel

The Compton Verney Restoration Project was initially launched to restore the ‘Capability’ Brown Chapel of 1776-9, but the project was soon scaled up to include the landscape in which it sits, all considered in relation to the potential funds that could be raised.

A previous incarnation of the welcome centre was already under stress from growing visitor numbers and it became a key aim to build a new facility, alongside a grounds maintenance building to facilitate appropriate management of the landscape.

Woven through all of these key aims was the desire to improve both interpretation of Compton Verney and engagement with new and existing audiences. “To this end we produced a large activity plan filled with a wide range of new engagement activities,” says Gary Webb Head of Landscape & Gardens. “An additional and exciting aspect of the project was the opportunity to host a competition to place eye-catchers in the park, in much the same way that ‘Capability’ would once have done, this should see the first new, temporary installation for 2017.” 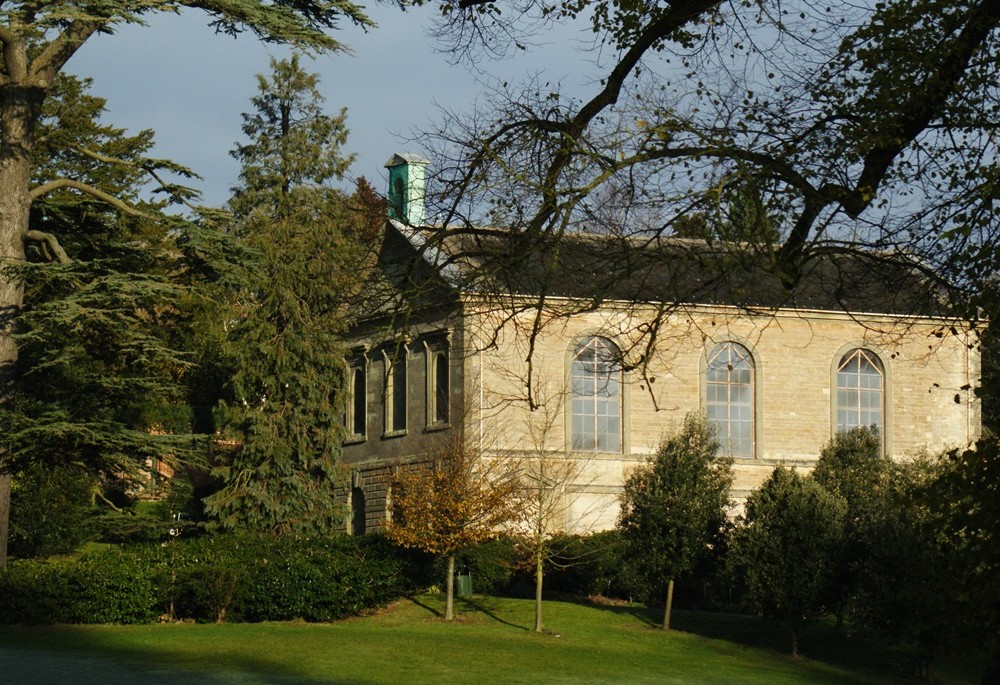 Restoration of the main chapel is now nearing completion, and the team are eagerly awaiting its reopening. The restoration was not without its challenges which began with the investigation of the roof structure at an earlier stage revealing significant additional work which necessitated replacement of much of the roof timber, associated lead work, and rebuilding of a bell tower. Due to roosting bats this element of the project was delayed but all is now complete with the assistance of ecologists, and the bats even have additional entrances to aid their continued use of the space. The interior of the chapel has received much repair to the ornamental plasterwork, to furniture, and it has all been repainted to the appropriate historical colour scheme.  “It has been quite a journey with initial works aiming to restore decayed stonework and pipework, and replacement of poor quality glazing that was added many years ago when stained glass was removed,” says Webb.

As well as the chapel restoration another key element of the project was to include an interpretation space in the new welcome centre, which offers a much improved welcome and introduction to the landscape and gallery and includes interactive displays, information and a brief introductory video. Elsewhere the team commissioned a set of interpretation panels at key locations to tell the story, not only of the historical developments of the landscape, but also to inform as to the wildlife that is to be found on site.

“The property team is very passionate about today’s achievements and also the history of the site, and we have grasped the opportunity with enthusiasm.”

Compton Verney has a full-time team of two to manage the outdoors, and from autumn 2016 they will be joined by an apprentice. In addition to this there are several grounds volunteers who help to manage and improve the grounds each season, working across the full breadth of activities from planting to event involvement. “Much of the flora and fauna has been surveyed either through volunteer effort or through commissioned surveys, which helps to direct management actions for each area within the property, which includes a large reservoir, woodland garden, plantation and wild flower lawn areas. Built structures fall under the responsibility of the facilities manager, who works repairs and improvements into the yearly plan.” 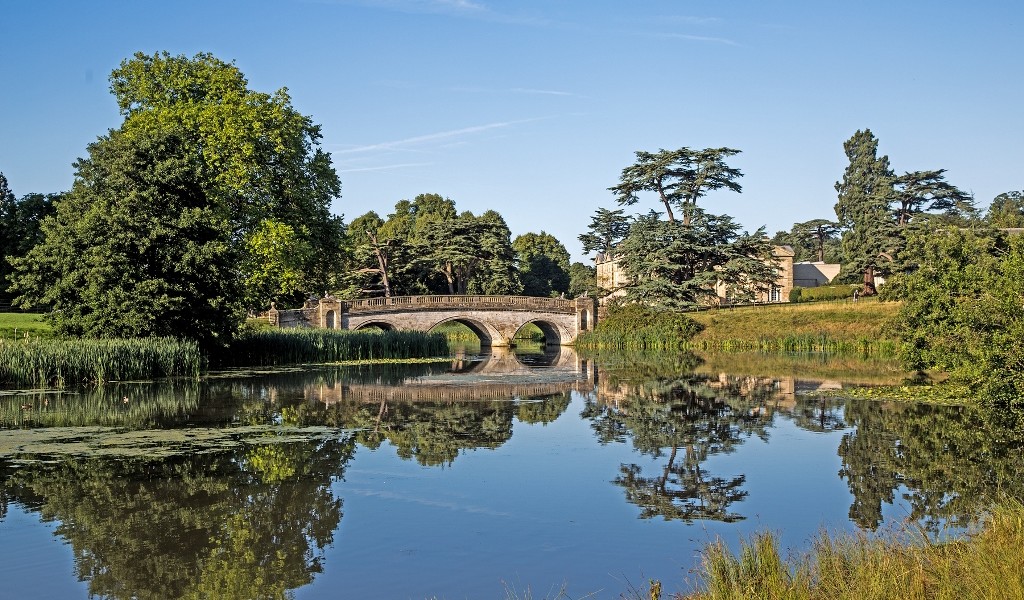 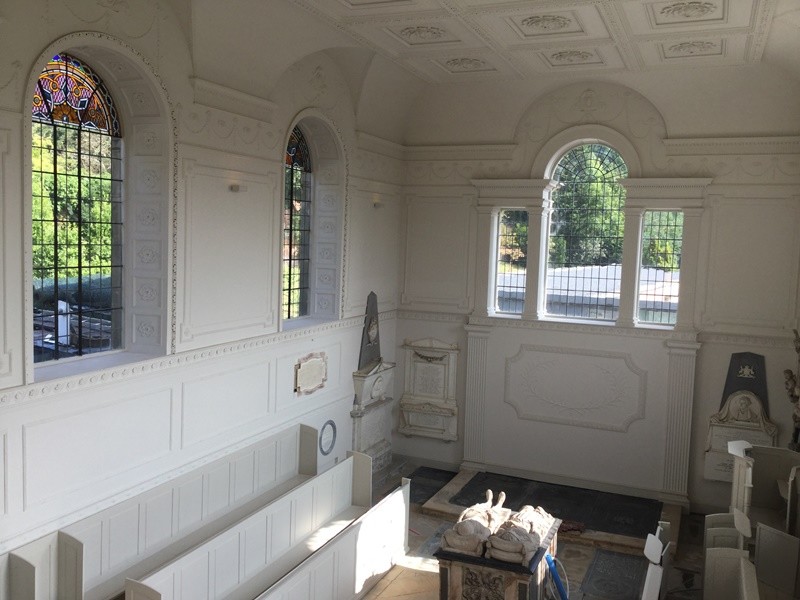 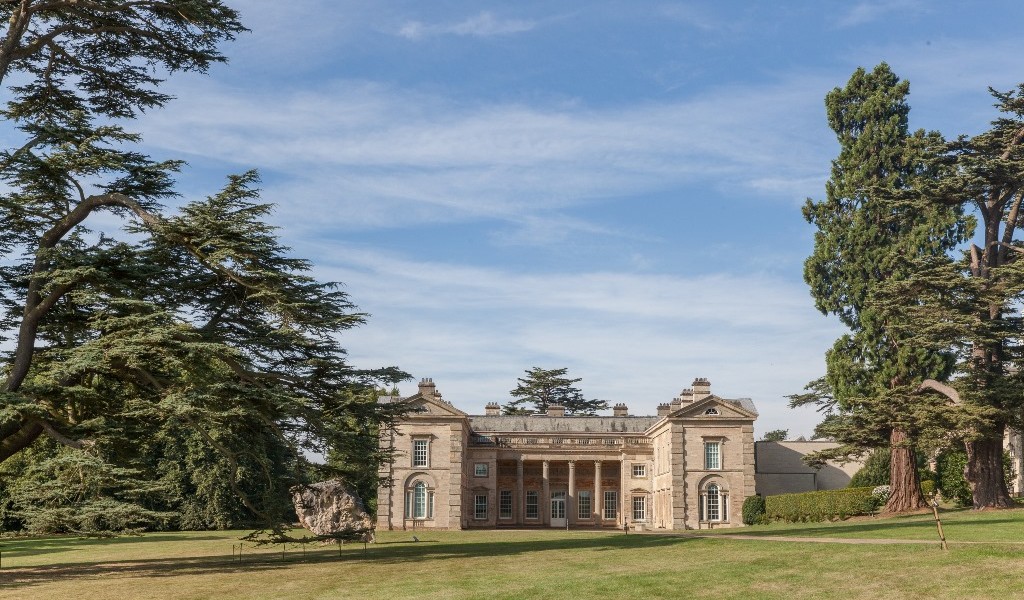 With the Heritage landscape management comes, along with the responsibility of keeping plants healthy and areas presentable, the added responsibility of managing mature trees. This can be particularly challenging as they aim to retain a sometimes very significant live feature, for as long as possible.

“Safety considerations however mean that intervention is often required to remove dead wood that could otherwise, in a parkland setting for example, be left as a valuable ecological habitat.”

Climate change and disease also threaten many of Compton Verney’s long-standing trees, so the grounds staff can never rest assured that the trees visitors enjoy in the gardens today, will be there for future generations, which means they regularly assess the health of the trees under there care.

The landscape left behind by Lancelot ‘Capability’ Brown, however, has been largely unchanged, but for the removal of parkland trees through disease – Elm tree most heavily hit, and additional conifer planting in the 19th century. It is for these reasons that the landscape is listed as grade two star and the present HLF project rests heavily on its Capability Brown credentials, with many of the elements, built or otherwise aiming to better present, interpret and support the Brownian elements of the site, the crown being the restoration of the chapel designed by Brown himself.

As an official hub landscape of the Capability Brown 300th anniversary celebrations Compton Verney has organised many special events and themes this year, which help with passing on the knowledge and enjoyment of the landscape.

“We have taken a very layered approach to the celebration of Brown’s 300th Birthday Anniversary,” says Webb. “On a simple level, we’ve offered regular walks and talks to engage visitors in the landscape and the wider celebrations. There have been book talks by some key authors who’ve released Brown focused books this year, our restaurant has offered ‘Capabiliteas’ each afternoon throughout the year, and many activities have been adapted to the theme.”

Compton Verney also has a heritage gardening tool trail, with items displayed alongside the paths, and a major summer event dedicated to the Georgian era with a wide range of indoor and outdoor demonstrations by costumed interpreters. Additionally, as an official hub landscape, Compton Verney produced a ‘Landscape Hub’ with photography competition, and also dedicated a key gallery room to interpret Brown’s achievements at Compton Verney.

“Brown’s landscape vision can be every bit as relevant today as then,” he says. “On one hand, his landscapes were produced for entertainment, for the family and visitors alike; today we use the landscape in much the same way. On the other hand, landscapes were not only works of art themselves, but were also used to display art; another aspect we’re revisiting with Compton Verney’s commissioning of various works for the park.”

Webb says that engaging visitors from near or far, whether they actually visit or not, is therefore very important and the resulting appreciation and awareness builds support for such places and helps to keep them relevant today.

Horniman Museum and Gardens – linking the museum to the outside world