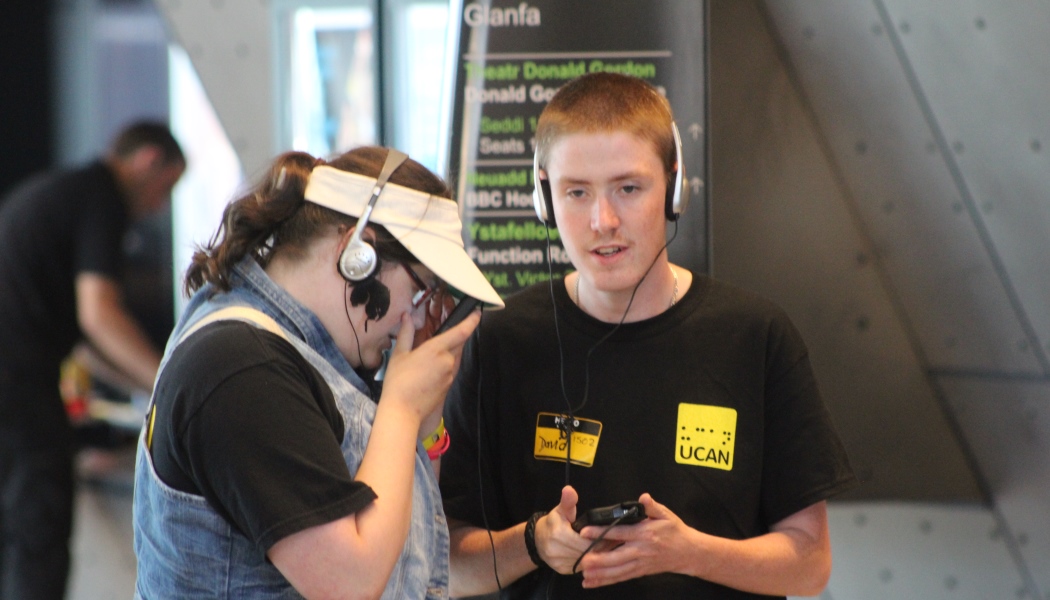 Creating a mobile app for heritage attractions, for and by the visually impaired

When the members of UCAN Productions, an award-winning performance and creative arts co-operative for blind and partially sighted young people, thought about how they could improve their visits to cultural buildings the result was the pioneering the UCAN GO app, which they hope will improve accessibility in heritage venues nationwide

The year-long project was funded by the Digital R&D Fund for the Arts Wales and is nowbeing used in Wales Millennium Centre in Cardiff and the Torch Theatre in Milford Haven. It was born from a desire by the young people at UCAN Productions to feel as confident accessing theatres as they did whilst performing in them.

Anyone can feel uncertain of finding their way around when visiting unfamiliar places, but for those who are visually impaired this feeling is increased substantially. UCAN wanted a solution that could equip the visually impaired community with confidence, independence and a sense of freedom. They decided a mobile app that would be user friendly, intuitive and inclusive.

It would take the knowledge and expertise from both UCAN and Bristol-based mobile app development company Calvium, in order to create an application for mobile phones that would really make a difference. The two organisations set up regular meetings in the summer of 2014 and worked iteratively, constantly testing, refining and developing until each element precise.

“Calvium became a part of the UCAN family almost overnight. From day one we became a team who shared the same vision and we all desperately wanted to make it work,” says Mared Jarman, 21, UCAN Productions member and project leader.

Jarman and her colleague Megan John, 23, are two of the founding members of UCAN Productions, a membership arts organisation working with young, visually impaired people to develop skills and confidence through the performing and creative arts.

Based in Cardiff, both regularly perform in UCAN’s productions across Wales. They are active young people and they are both registered blind.

“It all started when we were asked ‘If you could wave a magic wand and get one thing that would help you access a building independently, what would it be? What followed was an enormous list of wishes and if onlys,” says Jarman. “Just one year on and we can’t quite believe we’ve been able to turn that impossible list into an actuality.” 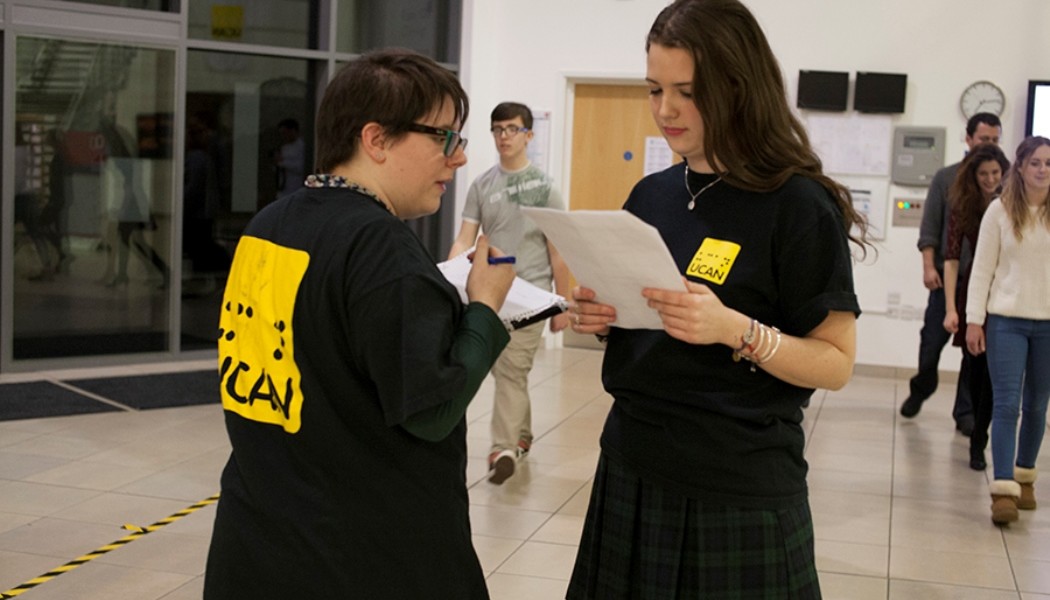 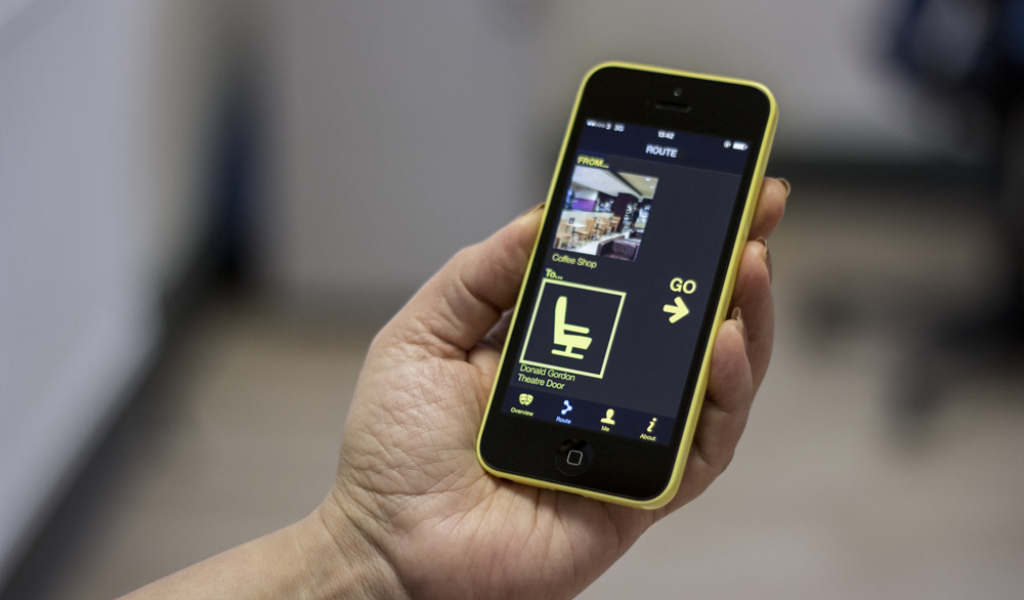 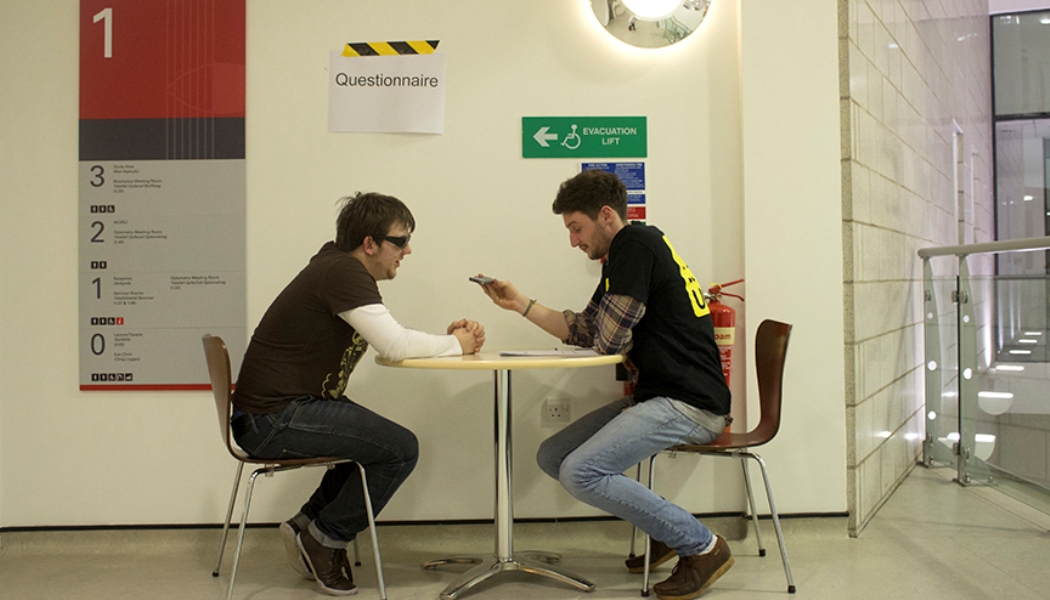 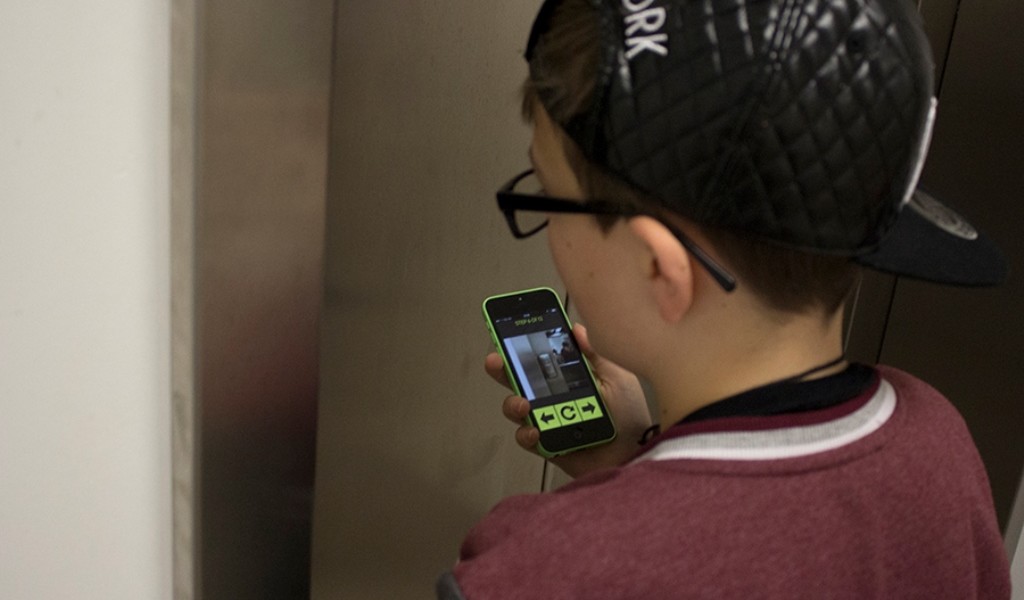 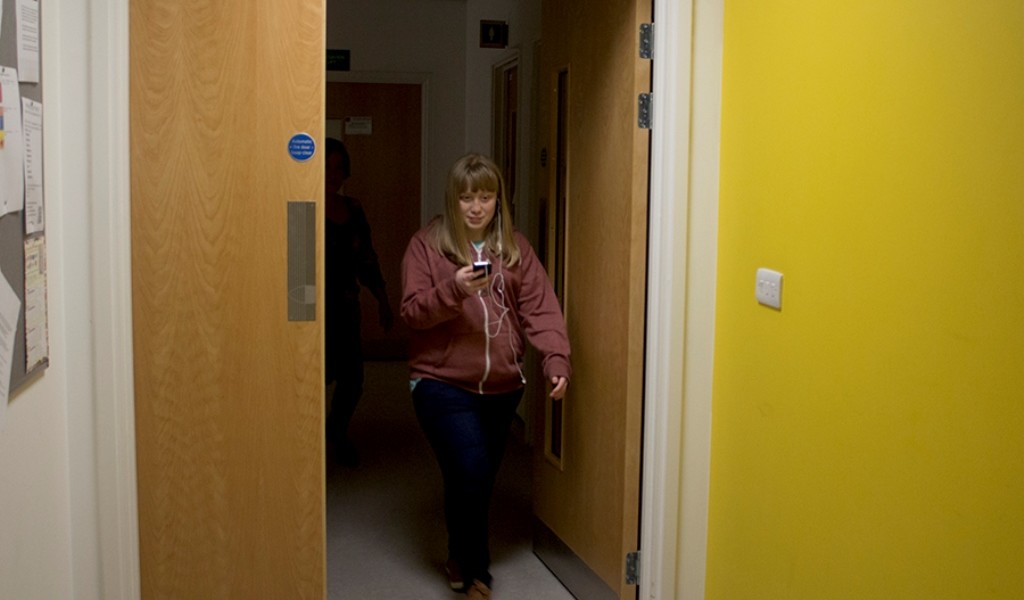 Jarman is a singer and regularly performs for UCAN in shows and support workshops. Ten years ago she was diagnosed with a progressive eye condition called Stargardt’s disease.

John, also a performer for UCAN in shows and support workshops, has several eye conditions, which affects her level of vision and light sensitivity, and she has been registered Severely Sight Impaired since birth.

“For us, visiting large unfamiliar buildings such as theatres, museums and heritage sites, either means having to go with someone who can help you get around or simply not going at all,” she says. “Neither option is great for your confidence or your self-esteem. Visiting such places are supposed to be a life enriching activity, however, for us the experience is tainted by constantly having to ask for help. Nobody wants to have to rely on friends or staff to show you to the toilet. When leaving these places you can often end up feeling worse than you did before, ultimately making you not want to go again the next time.”

Calvium showcased a pilot version of UCAN GO at the Museums + Heritage Show in May, and UCAN Productions and Calvium have now partnered to create UCAN GO into a service that can be adapted to any building.

“We have very high hopes for the UCAN GO app and in years to come we hope to see it installed in public buildings nationwide, enabling the visually impaired to access all buildings with confidence,” says Jo Reid, Calvium’s Managing Director.

There are numerous barriers that make visiting ordinary buildings difficult for the visually impaired. Many of these are unrecognisable to the venue’s staff and therefore will not be mentioned in their access information. For example, buildings with large glass walls and marble floors that reflect the light, can be particularly troublesome.

“You might be thinking, why would someone who’s registered blind want to visit something that’s extremely visual? In fact, only four per cent of those who are registered blind can see nothing at all,” says Jarman. “That means the other 96 per cent have some useable vision and would like to use that vision in the best possible way.”

Being members of UCAN Productions has enabled the women to grow in confidence through performing on stage and they wanted to be able to feel that same amount of confidence while visiting theatres and museums.

The idea for a mobile app was to create something that could give the visually impaired all the information they needed about a building before they made their visit, as well as the technology that could guide them around once inside.

The app would be something that they could create and control themselves and overcome the biggest issue regarding visual accessibility, which is the lack of understanding and knowledge around visual impairment.

“We describe it as a friend in our pocket,” says Jarman. “Where before we would shy away from visiting new places, UCAN GO has equipped us with the confidence to visit buildings independently, making visiting an enjoyable experience rather than a daunting or humiliating one.”

During the user tests in July they also discovered that UCAN GO had benefits for people who weren’t visually impaired either. Those suffering with anxiety, who feel nervous in unfamiliar spaces, also reported feeling more at ease while using the app. Even those who are not good at navigating also said they thought it a valuable tool.

“When we’re contemplating visiting somewhere alone,  having UCAN GO available is now the difference between going or not going,” says John.

The app works by providing an overview of a building and tells the user about the main features and helps them build a mental map and plan their visit. The routing feature lets the user choose a destination and gives them step by step instructions. It works as a low vision aid, based around landmarks and helpful reference points with photos so the user knows they are where they want to be.

“You can ask it to take you to your theatre seat, an exhibition space, the gift shop or the nearest toilet, taking your preferences into account to direct you appropriately,” says Jarman.

“For example; if you’ve said that you can’t use the stairs, you’ll be taken on a wheelchair accessible route.”

One advantage of UCAN GO is that it is not reliant on any technical infrastructure and uses built in reference point images and voice instructions, rather than being reliant on beacons or any other technology installed around the building.

The advantage of this approach is that maintenance costs are kept low and disruption to everyday activities while the app is being installed are minimal. This means venues can continue operating as normal while making reasonable adjustment to support visitors with additional access requirements.

“The most important thing about UCAN GO is that the whole project, from conception to delivery, was directed and managed by the members of UCAN Productions,” says Reid. “This ensured a genuinely intuitive product.”

Calvium says that the app can benefit museum and heritage attractions by improving their customer experience and strengthening their audience relationships. The team at UCAN say it will increase the frequency of visits and dwell time by the visually impaired and therefore their increase their spend in cafes, shops and bars as they have an increased sense of comfort and familiarity.

The practical benefits of the UCAN GO app for museums and heritage attractions, they both agree, are that it is a simple and low cost technology that opens up venues to a wider audience and can also offer a unique staff development and training tool, providing insight about venue accessibility.

And what shines through with this project is the ability of the two organisations – the youngsters from UCAN Productions, with their enthusiasm and determination, and the mobile app experts at Calvium, who have previously worked with the National Trust and The Guardian among others – to work so well together, to create such an important aid for the visually impaired.