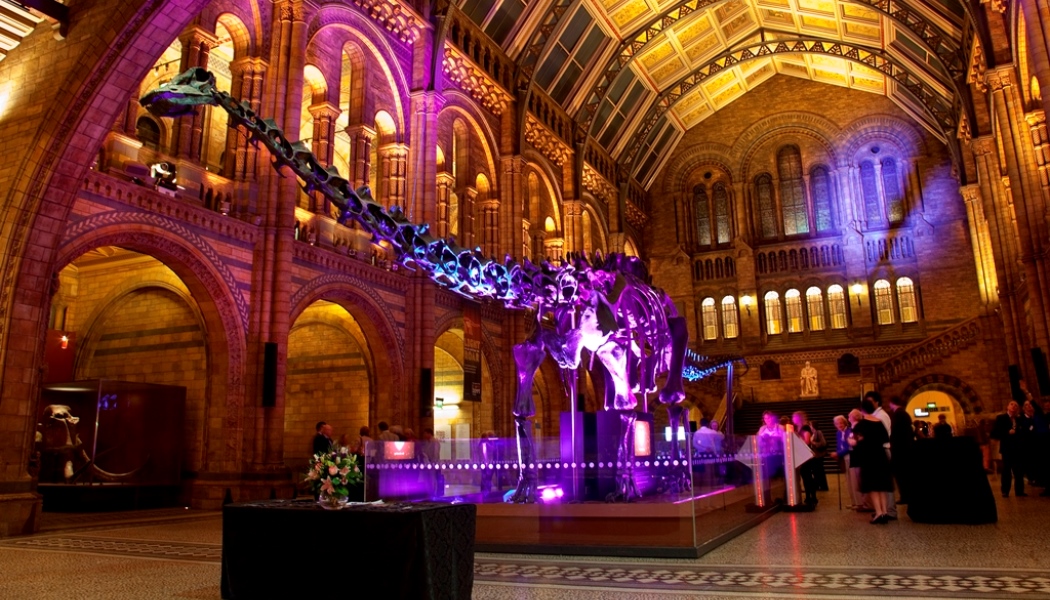 Plans were announced in July that the Natural History Museum was to send Dippy on tour around the UK from early 2018. The tour will mean more people than ever can see the iconic 292-bone, 22m dinosaur cast and at the same time create an interesting logistical challenge

The open call for nominations to host Dippy will launch this month and in three years’ time the Natural History Museum’s Diplodocus will be on his travels for the first time since the replica was installed in 1905, as a gift from the Scottish millionaire Andrew Carnegie.

The Natural History Museum hasn’t attempted to tour anything of this size before but it is representative of the size of its ambition to inspire the next generation of scientists. This will also be unique in the sense that it will not be a commercial touring exhibition, instead the museum is touring the iconic dinosaur to venues which will let visitors see it for free.

The aims of Dippy on tour are firstly to inspire the next generation of scientists across the UK through access to and engagement with the national collection. The museum also wants to challenge the way people think about the natural world, past, present and future through cultural programming across the sector and provide a legacy for the host venue and region beyond the life of the project as well as an opportunity to celebrate the work and ambitions of the host venue and the region.

“The Natural History Museum is aware that everyone loves Dippy, the Diplodocus cast that welcomes visitors to the museum,” says Kat Nilsson, Head of National Public Programmes.

“Dippy has filled visitors with awe and wonder during its stay in Hintze Hall providing those lights-on moments that inspire children to explore natural history. The Diplodocus will be a catalyst for an inspirational programme aimed at families and schools.”

The NHM will provide programming support but also expects those hosting the Diplodocus to co-create a programme specific to their region. “We are looking for venues that are able to build partnerships that will provide a legacy within the local region beyond Dippy’s stay,” says Nilssen. “Clearly, venues will need to have the right size display area, security and infrastructure for us to loan the dinosaur cast.”

These logistical requirements have to be met in the first round of a two stage application process. Those shortlisted to the second stage will need to give details of the partnerships they’ll work within to produce a creative programme. “We will also clearly want to understand what the benefits to the venue, partners and the region will be as part of Dippy on Tour’s legacy,” says Nilssen. 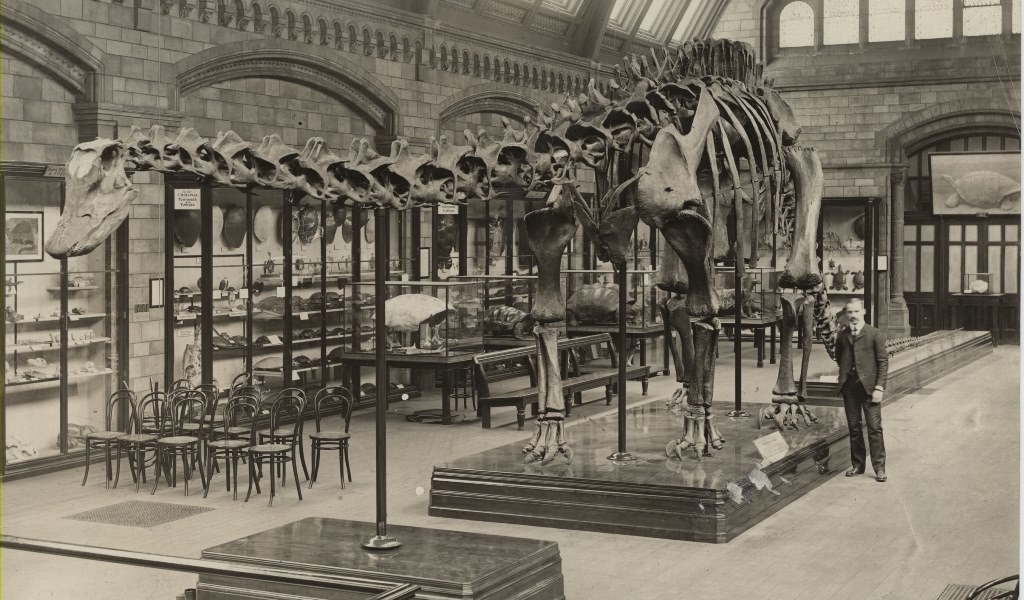 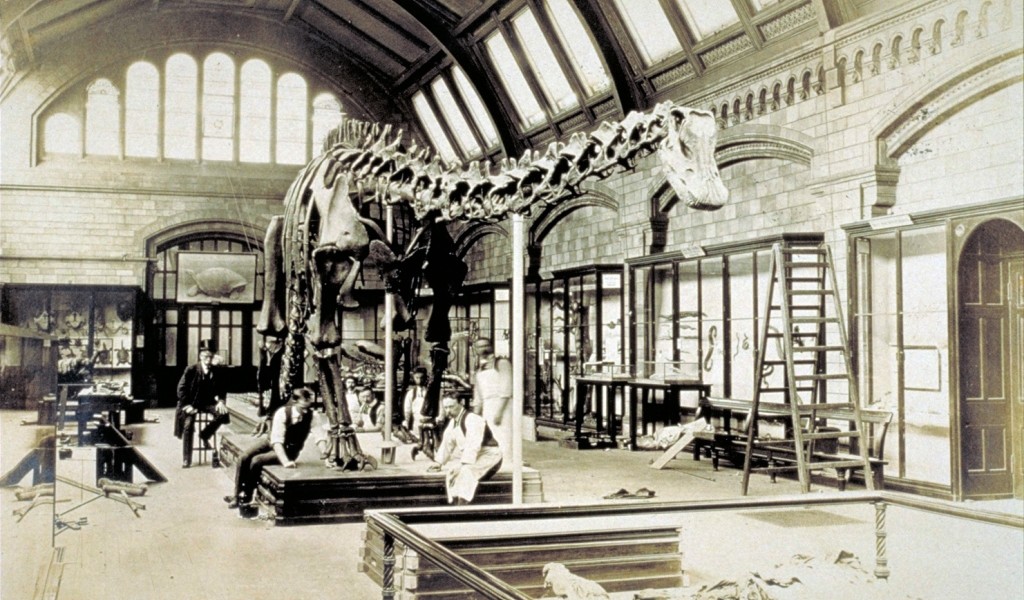 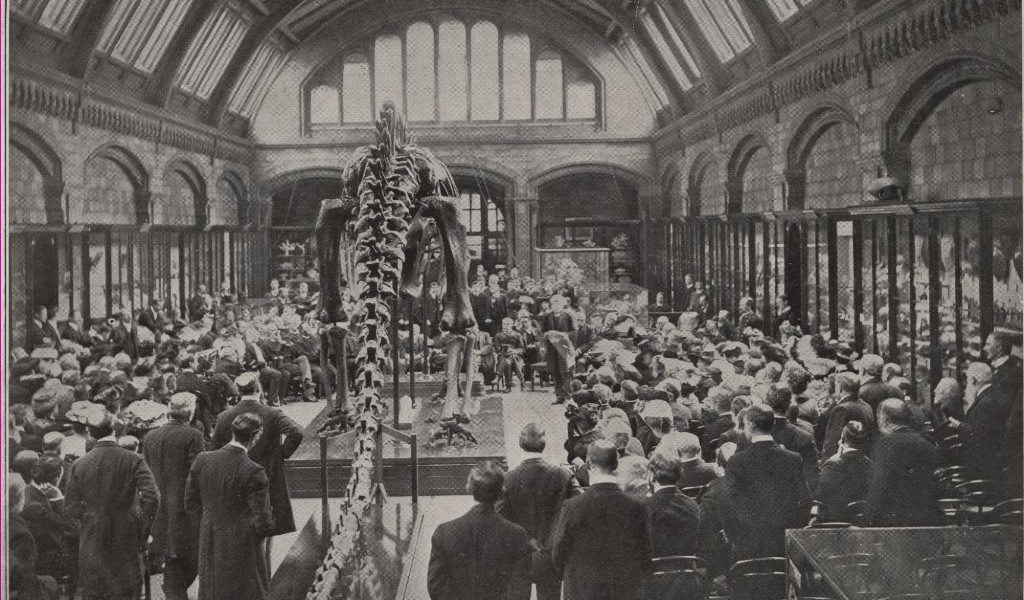 The NHM touring exhibitions team is currently touring nine exhibitions worldwide including: Wildlife Photographer of the Year, Extinction: Not the End of the World and Sexual Nature. Jan English, Head of Touring Exhibitions says touring exhibitions give the NHM a fantastic opportunity to share the museum’s collection with a wider audience and in many cases it also gives them an opportunity to tour items in our collection that aren’t normally on display to the public. “Not only this, but touring provides opportunities to form partnerships with other organisations in the sector, and beyond,” she says. “Touring is a great public outreach opportunity where we can highlight our scientific research and the importance of this work on a global scale. Exhibitions that are touring globally with our current programme reach between 2-3 million visitors a year outside of London.”

For the Dippy tour all the museum’s normal loans procedure will be followed, however, in addition to the loan requirements, hosting venues must be able to support the content provided by NHM and help achieve significant public outreach.

“We are in the process now of determining all of the costs for the tour,” says English. “Fundraising activity will take place in order to make the tour possible and the money we raise will not only help create an educational and cultural programme around the tour but will help enable the Museum and its partner venues in the future through the legacy that Dippy’s visits create.”

As Dippy is part of the NHM Collections, it will be under the care of museum specialists whilst being transported from venue to venue. Bespoke packaging within specially made crates will ensure secure and appropriate support for all of the skeleton sections whilst in transit. All parts of the skeleton will be photographed and documented prior to leaving the NHM and a museum conservator will check the skeleton at installation and de-installation for each venue.

Dippy’s existing armature was designed in sections for a permanent exhibit, so in order to tour the skeleton around the UK a new modular system will be designed which can be more easily assembled and disassembled. Currently the neck and head are supported by wires suspended from the ceiling and the tail is supported by a metal pole embedded into the floor of the Hintze Hall. The new design will need to incorporate additional supports for neck and tail and a slightly larger base will be required.

“We already know that some elements will be fairly easy to remove and remount in smaller sections e.g. tail, neck vertebra, skull and lower limbs but other areas are more challenging. In particular the back femurs and pelvis region,” says Sandra Chapman, Curator of Fossil Amphibians, Reptiles & Birds. “However, we have archive records for how the skeleton was put together and moved into the Hintze Hall back in 1979. This will help further inform how we should safely disassemble the various elements.”

Prior to 1979 the skeleton was on display in a side gallery devoted to the display of dinosaur material. Once the decision to move the skeleton was agreed, the head, neck and tail vertebrae were removed by the Dinosaur curators with assistance from the Museum porters.

The shoulder girdle and the pelvis were supported by wooden A-frames and the base supporting the remaining parts of the skeleton was then mounted on wheels. The whole structure was then wheeled very carefully from the Dinosaur side gallery along the Marine Reptile Gallery and into what was then called the Central Hall (now known as Hintze Hall) to stand in its current position. The head, neck and tail vertebrae were systematically replaced one by one on steel rods. The tail at this time was in a ‘trailing’ position and this was raised to its current ‘tail up’ position in 1993 to reflect the current research on dinosaur locomotion.

“The skeleton has recently been scanned and all elements have been condition checked along with the metal support,” says Lorraine Cornish, Head of Conservation. “In terms of the size of the various sections there are certain limiting factors which restrict how small or large a section could be. This would include the size of the bones themselves and the ability of the venue to receive very large crates.”

Full scaffolding will be erected around the skeleton prior to de-installation so that all areas can be supported and handled more easily. “Time has also been factored in to clean and carry out conservation of some of the more vulnerable elements prior to being placed on a new mount. Everything will be documented for the Dippy archives.”

The ability to reach large and diverse audiences

A strong network of partnerships with other local organisations