Egyptians brought back to life at The Atkinson

Share
A stunning collection of Egyptian artefacts dating back 5,000 years is about to be revealed to the public after being hidden away in storage for 40 years.

Sefton’s Egyptian collection is so well preserved and original in content that it is thrilling Egyptology academics from The University of Liverpool, Egyptology societies and further afield.

The collection belonged to female adventurer Anne Goodison who collected it in the late 1800s. Anne's husband George was a civil engineer and local landowner, after whom Everton FC's ground was named. It comprises 1,000 pieces, collected on trips to Egypt before the tomb of Tutankhamen was even discovered. It was housed in her own museum room at the family home, Beach Lawn, on the Waterloo beachfront near Crosby. 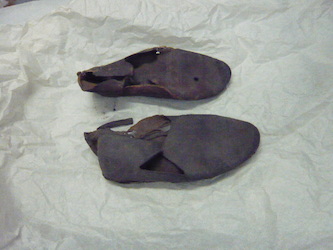 After her death in 1906 aged 61, her husband had no interest in the collection and sold it to a local man, Mr T. Davies, who donated it to Bootle Museum and Gallery. When the building closed in the 1970s it was transferred to The Atkinson, Southport, where it has been kept in storage until now.

Originally “The Atkinson Art Gallery and Library”, the Atkinson is now home to music, theatre, art, poetry, literature and history, right in the middle of Lord Street in Southport. With significant investment made in refurbishing its 19th century buildings this multi-art venue is now opening a museum which will tell the story of Southport and Sefton as well as the area’s dramatic maritime history. It is here that the Goodison Egyptology Collection will be housed.

Joanne Chamberlain, The Atkinson's documentation officer, who is one of the team preparing the collection for display says: "Anne Goodison was way ahead of her time. She was a student of hieroglyphics, which was revolutionary at the time, and visited Egypt twice. She really had an eye for the most interesting objects, not just pretty pieces of jewellery, but artefacts that have thrilled and fascinated Egyptology academics because they are so fantastically well preserved. This really is an exciting exhibition." 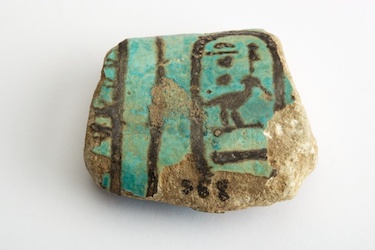 Fragment of glazed faience throwstick with cartouche of Akhenaten

One of the more unusual items is a Butterfly Clamp which was used to stop stone columns toppling over when they were being assembled. There is also a pair of Egyptian sandals – trendy by today's standards with a toe-post – perfume bottles, amulets and "Shabtis" – tiny servant figures laid in tombs who, it was believed, would spring into service in the afterlife.

Says Joanne: "We have an amazing collection of Paddle Dolls – they look like a wooden spoon with hair and were fertility symbols – and it's very rare to find them so well preserved. We also have scarabs which have knitted or woven wings, which rarely survive, but we have them intact, which is just incredible."

The exhibition will be fully interactive with opportunities to actually smell the perfume of the Pharaohs, get up close and personal with a mummy, admire beautiful jewellery and beadwork and see a sarcophagus lid that is 3,000 years old, plus many more family activities. 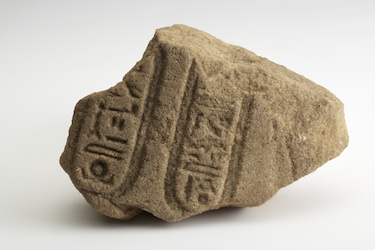 The collection has been funded by the Heritage Lottery Fund. The Garstang Museum and University of Liverpool have assisted with object loans as well as research and advice.

It has been Jo's job to catalogue all the items in the collection, a task made infinitely easier by the hard work of a Mr Ogle, the curator at Bootle Town Hall's museum.

"He had the foresight to employ the assistance of Professor Newbury of the University of Liverpool to catalogue the collection before putting it on display. The cards in themselves are a museum piece, but they have provided me with so much information that wouldn't normally be available. This is why the collection is so unusual."

Jo, an archaeology and classics graduate from Liverpool University says: "This will be a fascinating day out for all ages. It's a chance to see life as it was in Egypt 5,000 years ago – a visual history and culture lesson without having to sit in a stuffy classroom."

The new gallery will open on Friday October 24th.