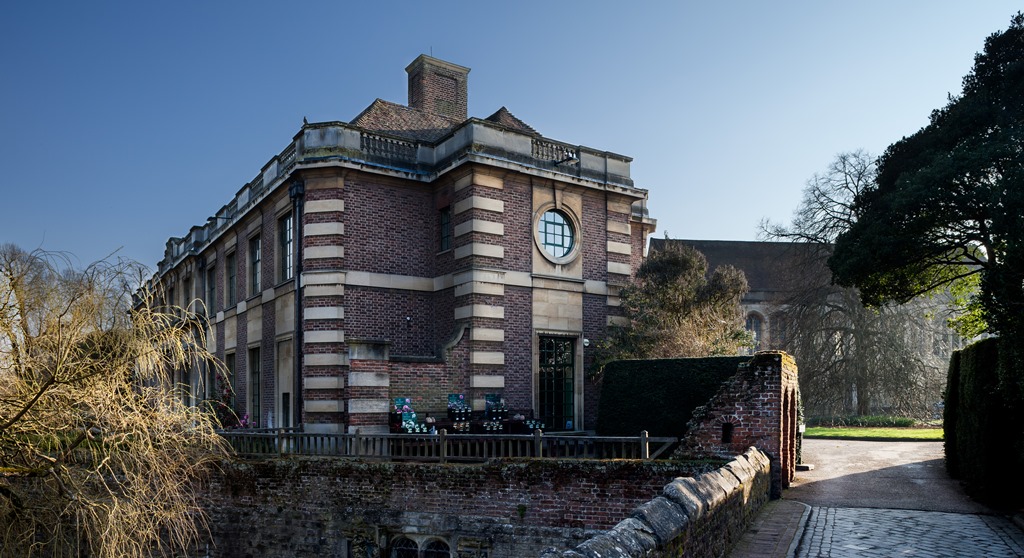 The recent refurbishment of Eltham Palace not only heralded a new chapter for the former childhood home of King Henry VIII but also for the heritage organisation that runs it. English Heritage re-launched at the beginning of April as a charity, whose purposes will be the conservation and public enjoyment of the National Heritage Collection. It cares for 400 properties across the country, and the re-opening of Eltham Palace represented its first launch as the new charity funded through its Capital Investment Programme. Over the next three years the government has invested £80m to address the defects on English Heritage’s properties of which £18m is for projects such as the one completed in April at Eltham.

“If you look back recently at how the organisation has performed on properties where there’s a potential business case we have more than delivered and that’s where the growth is. We want to generate an additional £24m profit in the next eight years,” says Alex Sydney head of historic properties London for English Heritage. “If we can do that as a charity it will mean that we become self-funding. At the moment we make more money opening the properties than it costs us to run them and if you’d have asked me that question 10 years ago, that wouldn’t have been the case as we were losing money opening our properties.”

Any money that English Heritage makes is now being ploughed back into caring for the maintenance of its buildings, which include six more palaces. There charity still has a shortfall when it takes into consideration the cost of all the maintenance it does, and other operating costs, but projects such as Eltham will enable it to close that funding gap and are crucial to its long-term business plan.

At Eltham, English Heritage, which took over the property in 1999, wanted to increase the visitor numbers by almost 20 per cent each year, from 65,000 visitors to 80,000 and broaden its visitor reach. In order to make this work the present day palace and grounds had to be rethought of as a heritage attraction. The team spent a year-and-a-half planning the changes with work on the project commencing in September 2014. 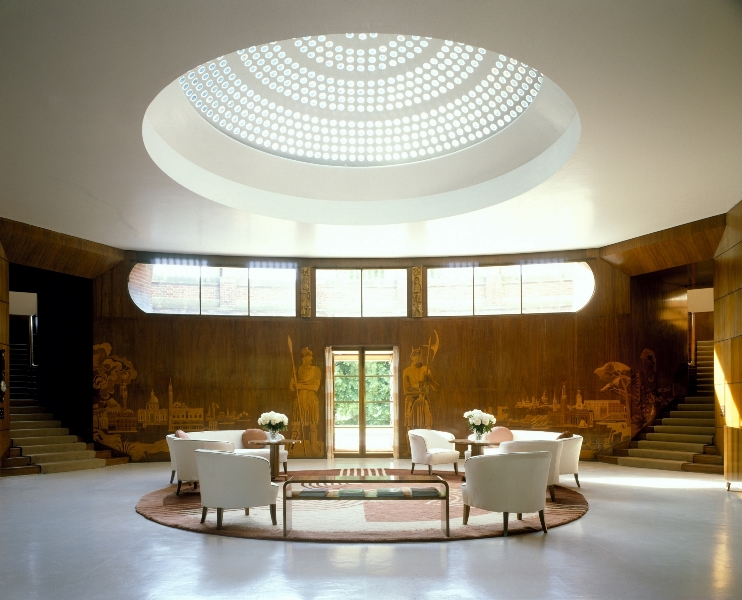 The palace, which was commissioned as a grand manor house in 1296 by Antony Bek, Bishop of Durham and Patriarch of Jerusalem and given to Edward II in 1305, was transformed into an Art Deco home in the 1930s by millionaires Stephen and Virginia Courtauld.

“The main aims were to bring the story of Eltham to life as it was quite staid before and enable visitors to feel like they were stepping into the Courtauld family home as a guest,” says Sydney.

“And with the fantastic 22 acre gardens we felt that there was a lot more for children and families to experience as well.”

One of the things English Heritage felt it could improve was the way it presented the house. Previously the route in was via the service wing, basically by the back door, and visitors ended up seeing the house back-to-front. Also there was little information about the medieval palace and the way that the modern house was presented was based on photographs from Country Life magazine. Sydney says that the problem with the Country Life photos was that they were very static with no people in them and not all of the furniture or objects.

“The main thing about the house was that they built it as their social party hub so one of the things we wanted to do was tell the story of the Courtaulds much more effectively and make it more animated,” says Sydney. “As well as this we really didn’t have visitor facilities that were appropriate for Eltham’s importance and visitor numbers.” 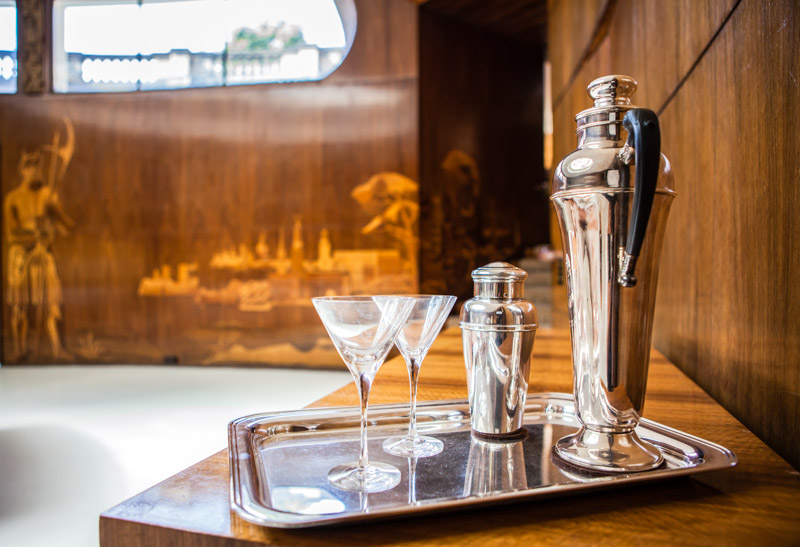 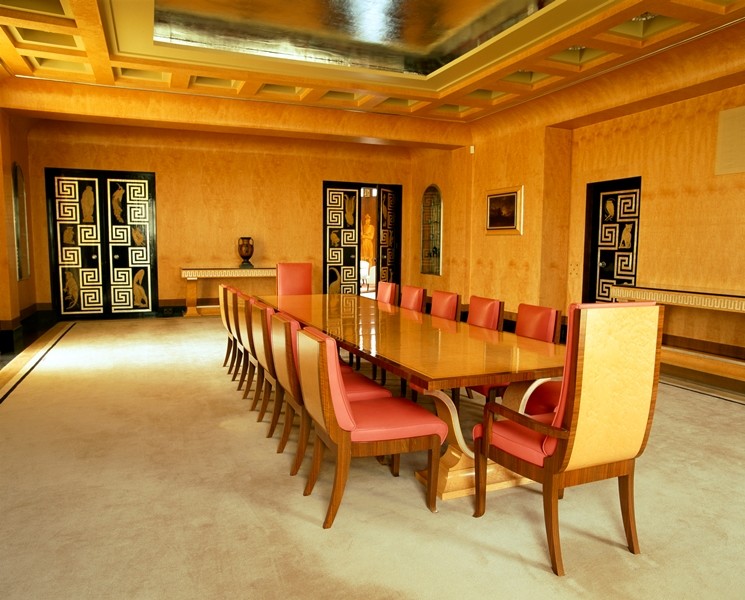 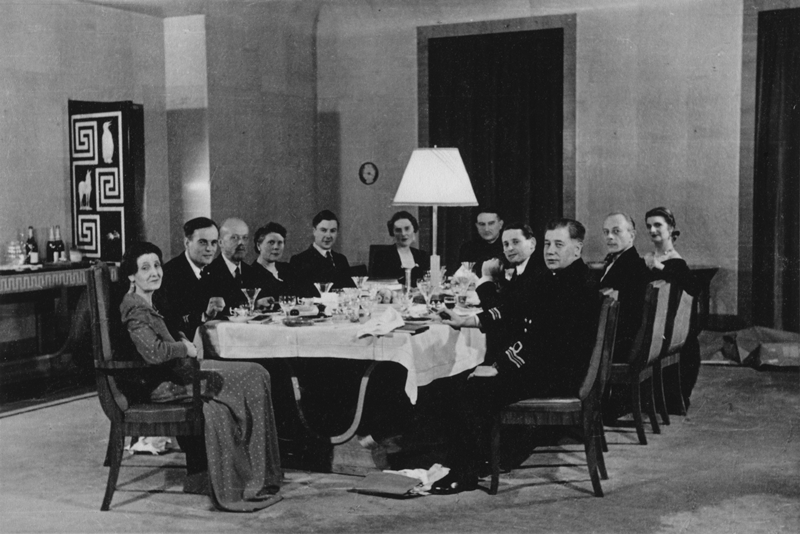 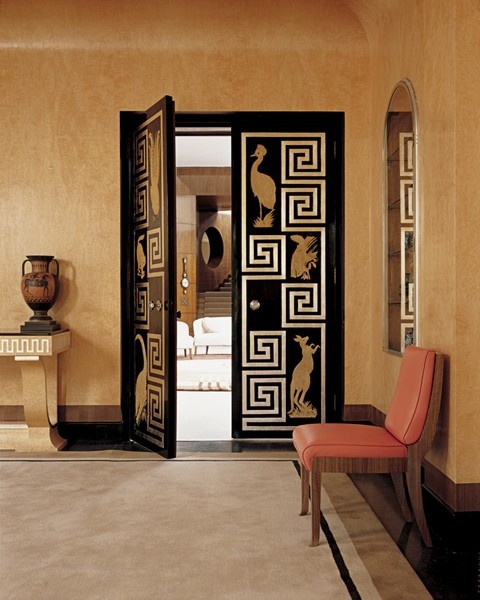 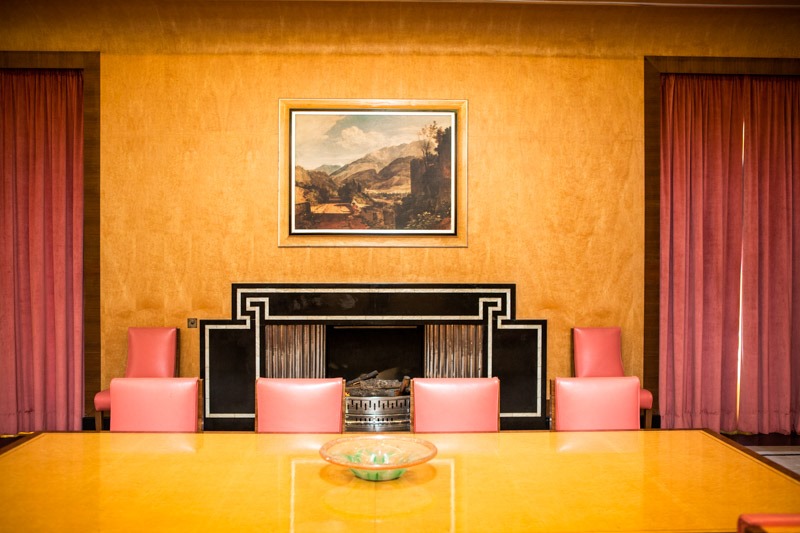 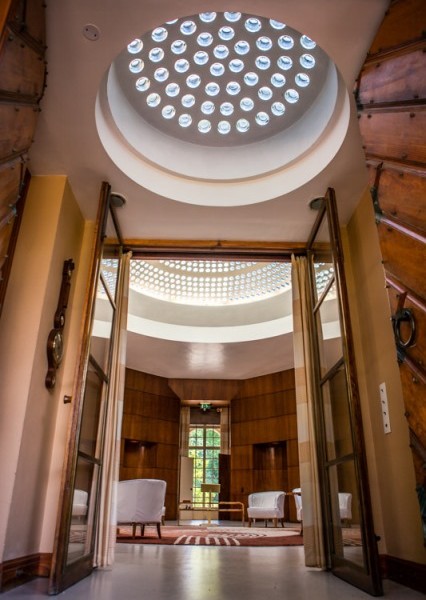 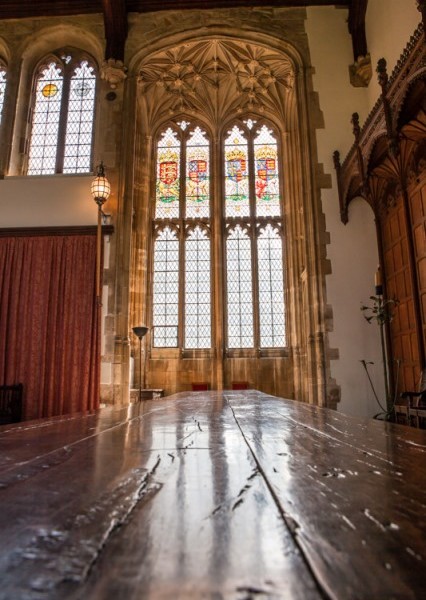 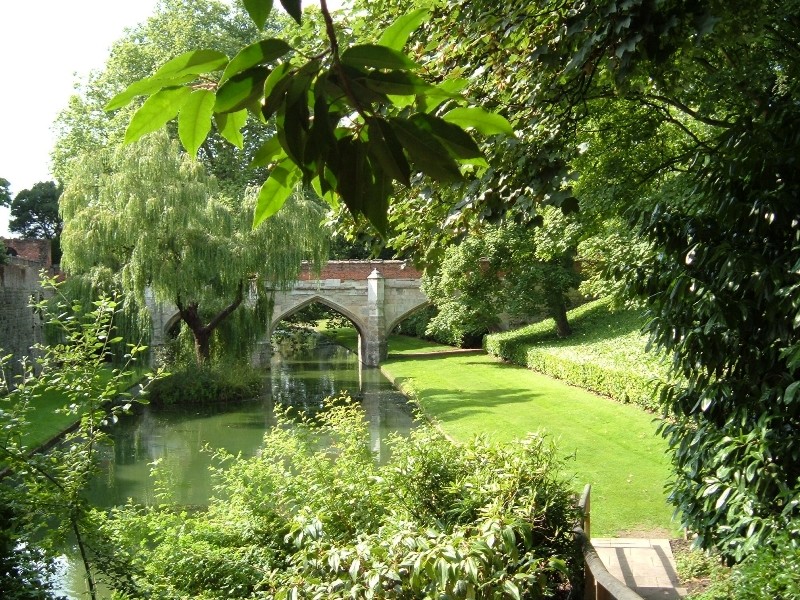 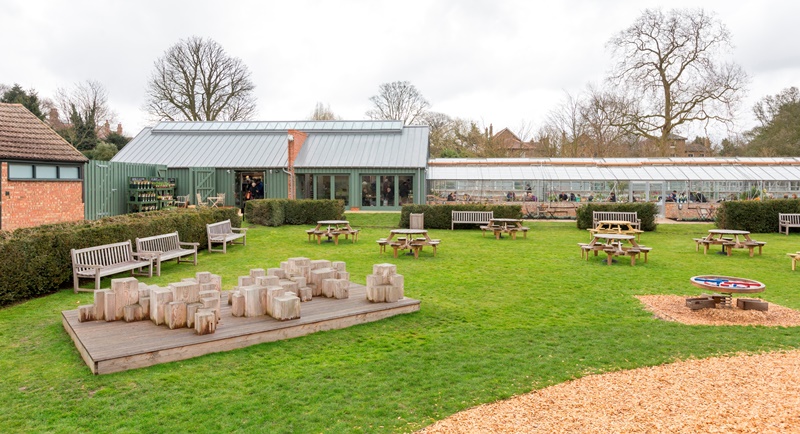 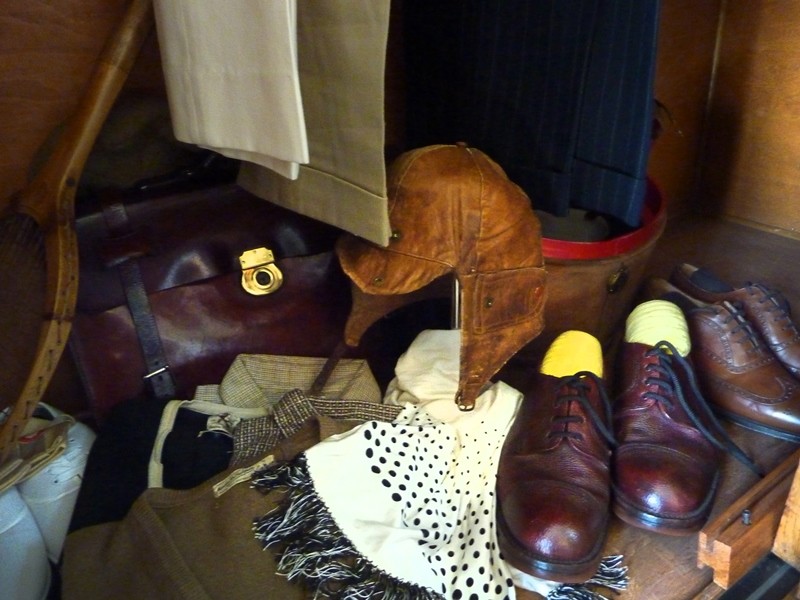 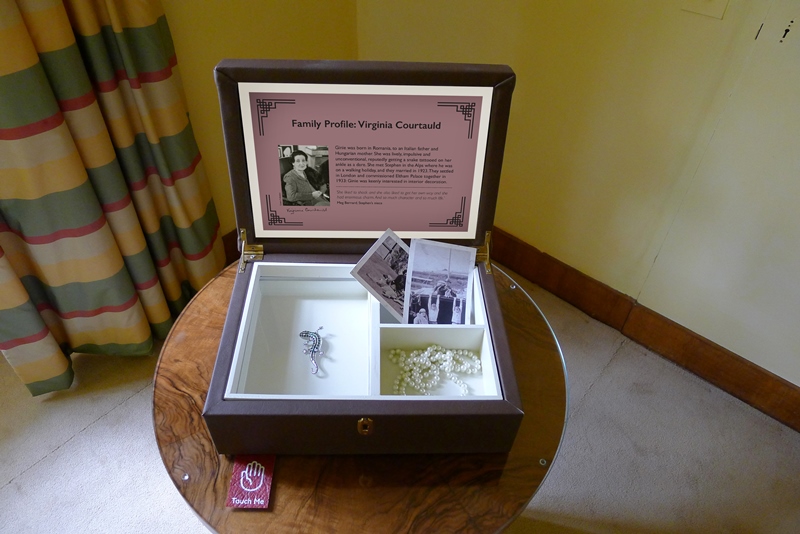 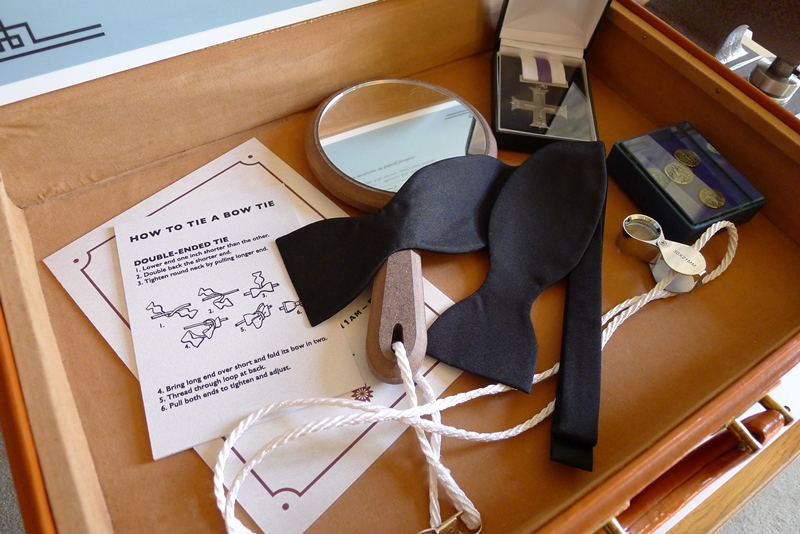 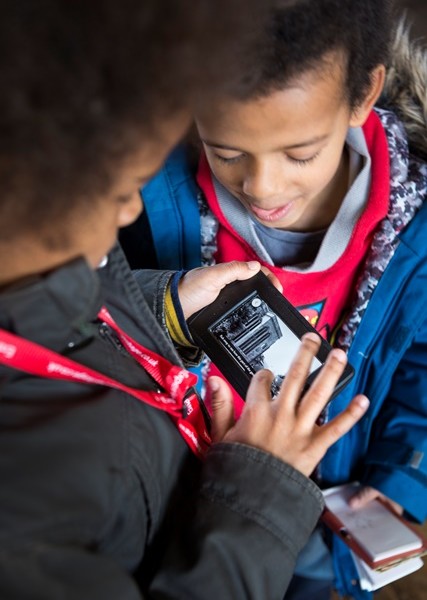 A big chunk of the project has been creating a visitor centre which utilises the old bothy and Orchid House – Stephen Courtauld was a keen botanist and when he and his wife travelled the world they collected rare specimens of orchids and brought them back to Eltham and propagated them. That has now become the café and the visitor centre has been created in the bothy. The Orchid House, which was previously used as a glass house by the garden’s team, has been completely reglazed.

What happens now is there are two elements to the site – firstly visitors arrive at a visitor centre where there is more orientation. There’s a shop, a themed play area ‘The World is Their Playground’ based around the Courtauld’s travels and a café, which is the facilities hub, which is what visitors experience at the beginning and the end of their visit. Then they spend their time in the house, which is better than having the café shoehorned into the back of the property as it was before.

The history of Eltham’s prominence and decline is directly linked to the rise and fall of one English history’s most colourful and powerful men. From about the mid-15th century to the mid-16th century Eltham was one of the preeminent royal palaces and was Henry VII’s main palace outside of central London. It was where Henry VIII grew up and is where Cardinal Wolsey’s ceremony as Lord Chancellor was held in 1514.

Wolsey had built his own show home, Hampton Court Palace, a year earlier but when he fell out of favour with Henry, the king took it off him and that subsequently became the preeminent palace. That and the royal palace at Greenwich meant that Eltham fell into decline. Over the following centuries the palace and the lands became used by tenant farmers, although it was still Crown land, with the great hall, that still survives, being used as a barn in the 19th century.

“So it was this neglect that led the Courtauld’s to take out a 100-year lease on the property, which the Crown was happy to do because it meant it was being looked after. It was quite controversial when the house was built – the design was controversial, über modern at the time in its art deco architecture – the best example art deco mansion in the country.”

As part of the redevelopment English Heritage has opened up five new rooms with Bright 3D behind the interpretation, design and build and ATS Heritage designing the multi-media guide, which includes film footage, and audio guides have also been introduced.

“To meet the aspirations of English Heritage for families we used a light touch approach to bring in hints of the Courtaulds and we worked on the premise that Virginia was a notorious giver of parties,” says James Simpson Senior Designer at Bright 3D. Now when the visitor arrives at Eltham Palace they receive an invitation to a weekend party, which allows them to step back in time and assume one of 10 characters at a typical Courtauld party. “Each of the characters are then brought to life throughout the property with a number of discovery boxes, suitcases and briefcases, which all feature graphics, written interpretations and visuals. There are also clothes to try on and items such as a menu from the dinner party – so it brings a level of interaction and discovery.”

The free multimedia guides continue the story with multi-layered interpretation including a mix if expert interviews, interactive games and augmented reality. There is a specific family and adult tour for the house and the garden as well as a multi-access solution including a British Sign Language tour and audio described tour for the blind and partially sighted.