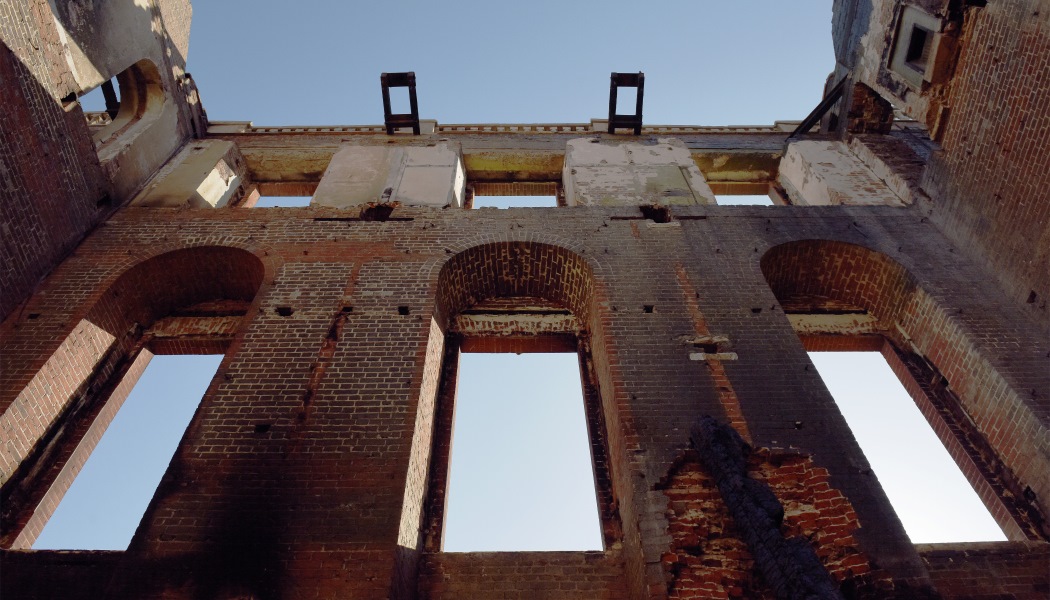 Emergency planning in museums – what you should be doing

Requirement 1.9 of the UK Museum Accreditation Scheme requires a ‘clear, workable emergency plan’ which can mitigate risks and also formulate an action plan in case of a disaster. But where should you start with a plan, what should you include and how often should it be updated?

Here Advisor talks to Helena Jaeschke, Conservation Development Officer, South West Museum Development Programme, who provides the Emergency Planning training for 218 accredited museums on the necessity of creating and updating  plans – who also answers a special Ask the Expert Q&A below – and we also talk to experts from Ecclesiastical on the importance of conservation and maintenance of buildings to prevent decay and structural damage

When preparing her first guide to creating an emergency plan for museums over a decade ago – Your Museum Emergency Plan in Ten Steps – Helena Jaeschke started with a rather profound quote from US President Dwight Eisenhower which reads: “In preparing for battle I have always found that plans are useless, but planning is indispensable.” If you think about museums and emergencies, and there have been a few of late, then what that translates to is two-fold:  the processes you go through when writing your Plan will help to avert or mitigate many emergencies, and when you are confronting a fire, flood, or break-in you need to be ready to act and adjust your Plan to the circumstances.

Developing an Emergency Plan is an essential way of all staff identifying and familiarising themselves with the procedures to follow during an emergency. Of course the emergency numbers will be in the plan, and one needs to be at hand in any disaster, but it’s the development of the Emergency Plan in the first place where museum staff will have eliminated certain risks, through maintenance and preservation of the building, and will have also identified ways to quickly salvage objects and store them post-disaster. 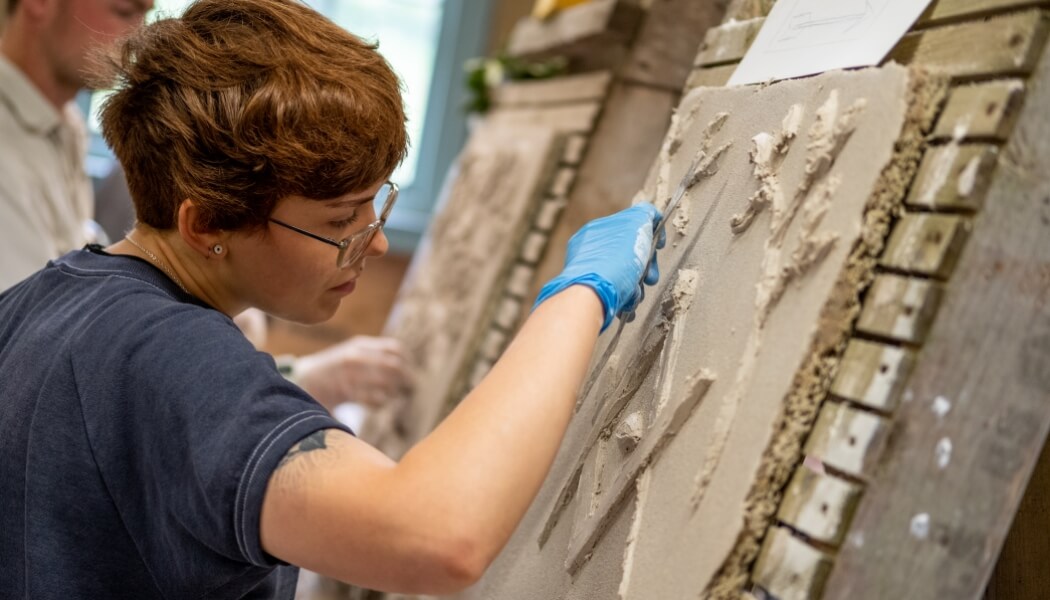 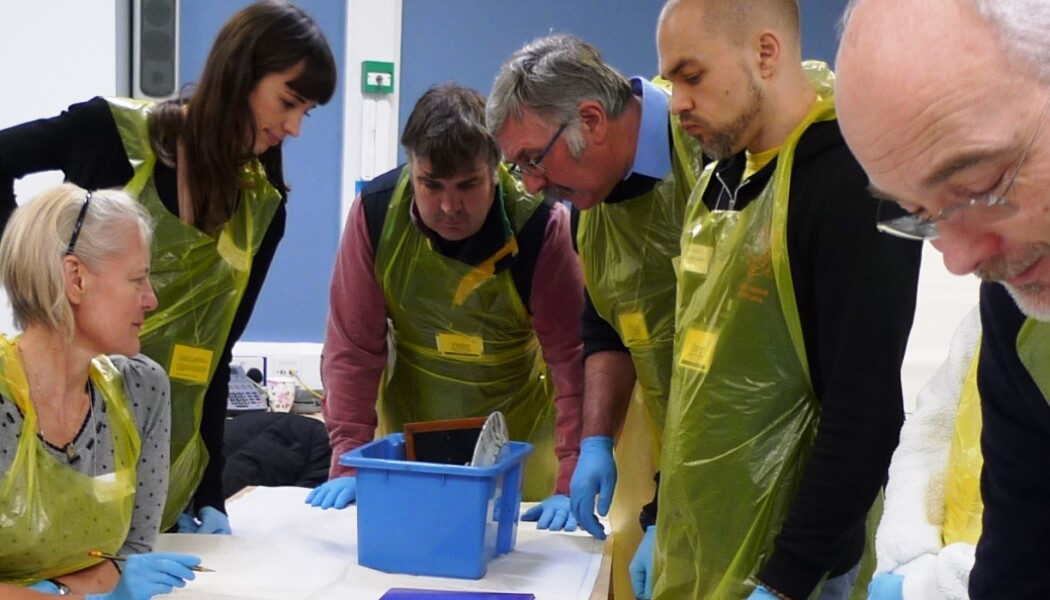 “There are two reason for formulating an Emergency Plan from my experience,” says Jaeschke. “One is that you need something to turn to when you need to respond quickly and minimise the damage that happens after a disaster. You need to make sure people react with confidence and take the appropriate action and that they know the correct people to call, for instance their insurance company and also know what their policy number is. One of the big advantages of an Emergency Plan is that formulating and composing it actually means that you have put right so many of the things that can cause a disaster. It does actually eliminate some of the hazards that might be there, just as any risk assessment would.”

A simple way to begin to eliminate hazards, says Jaeschke, is to walk around the museum. This means that straight away you start to identify and remove the hazards you come across. And from that point you would go on to test the equipment that could cause a disaster, such as electrics, or that is in place to minimise a serious incident such as the alarm system and fire prevention methods.

In September the museum world was rocked by the fire at the National Museum of Brazil in Rio de Janeiro, which gutted the 200-year-old building. It became apparent in the aftermath that the building had not been cared for and maintained in a suitable way, due in part to successive governments slashing its funding, which meant that the sprinkler system, for one, was not working.

Recently there was a fire in the National Museum Cardiff and the attempted theft of Salisbury Cathedral’s Magna Carta. The consequences of both these incidents were minimal with the fire being put out by fire crews in half an hour and the smashing of the glass that protected the Magna Carta setting off an alarm that sent the alleged assailant fleeing (he was detained by museum visitors until police arrived). 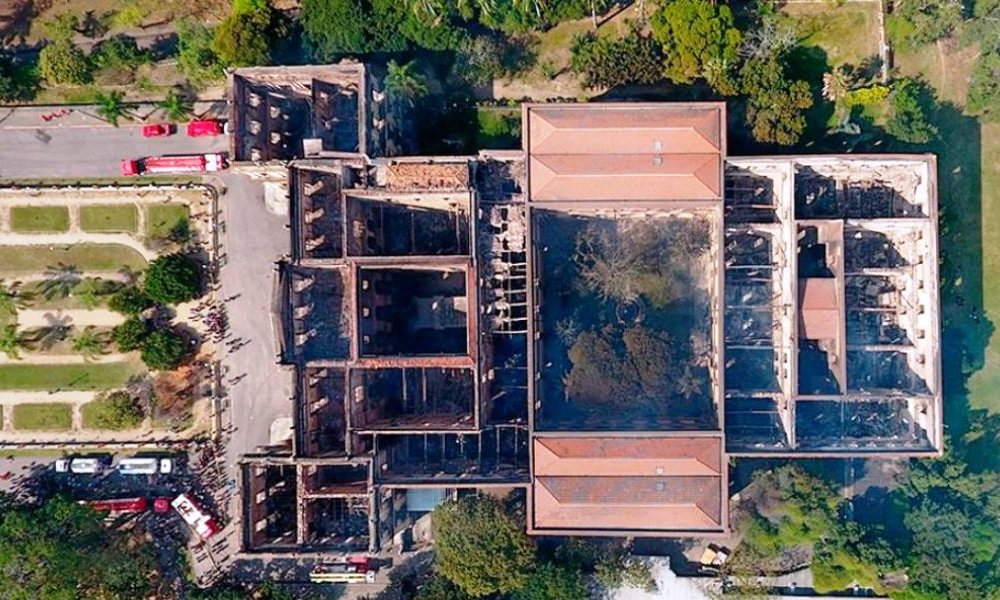 The lack of an Emergency Plan meant that a fire in early September devestated the National Museum of Brazil, with fire-prevention such as a spinkler system not working. Photo Twitter

“It’s absolutely vital to have an Emergency Plan and every museum should have one,” says Jaeschke. “It was no surprise for those working in the National Museum of Brazil as they had persistently tried to bring to the attention of the authorities the big problem ahead because they knew their building was deteriorating very badly. It was a completely unnecessary tragedy.  Your plan has to be live and updated. It has to be something that everybody is aware of, knows about and is familiar and comfortable with. You should review it after every major change in your museum and have a thorough review once every three years.”

Jaeschke refers to an incident in a south west museum a few years ago where an electrical fault caused a fire in the roof that she says could have been prevented if the museum had updated its Emergency Plan. During the process the museum would have discovered that the wiring was above the ceiling while the smoke and heat detectors were below the ceiling. This was allowed when the wiring was installed but is illegal now. The consequence was that the fire spread through the roof void resulting in the ceiling giving way and collapsing onto rooms where the collections were stored before the fire detection system was alerted.

Since then many museums in the region have attended her Emergency Plan training sessions – and used the template she created to formulate their own Emergency Plans, which has led to significant improvements. The museums are now a lot more aware of simple procedures both before a disaster and afterwards. And many have subscribed to an emergency service provided by a collections management firm in a special deal that the SWMD negotiated. This means that they will get a triage officer on site within 24 hours of an incident.

“The benefits of this emergency service include advice and experience as well as facilities such as having their collection taken away and frozen immediately to reduce the ongoing damage that might occur to objects from a flood or fire. If they are not frozen within about three days, they can have far more serious damage as a result. Staining, corrosion, mould growth are all consequences if items are kept at room temperature while still wet before they can be dried out. You can get them stored and delivered back to you in stages as you go work through refurbishment.” 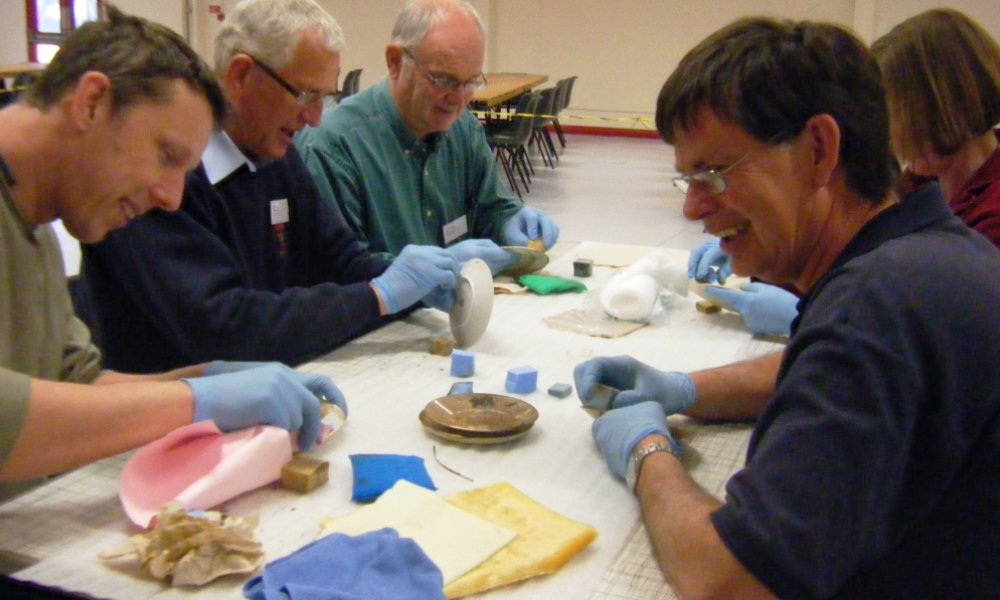 Jaeschke also holds triage sessions for museums in the south west as a practical, hands-on tool. For this she will buy batches of material from council recycling sites and subject them to a small fire. She will then extinguish the fire and put the material into boxes for museum staff to tackle. “Because there is a big difference between learning something in theory and then having a box of soggy, sooty items to deal with.”

As part of writing an Emergency Plan museums should also be compiling local information, including liaising with emergency services, about resources that are available in the surrounding area. For example, it helps museums if they talk to their local council, local businesses and schools to find out if there are any empty premises where their collection can be stored and kept safe after an incident (because the museum might not be accessible or safe after a fire or flood).

This will result in the museum formulating a strong task force if anything is needed in the event of an emergency. This will also uncover what they will need to improve to avert a disaster and potentially submit grant applications or find other ways to fundraise to buy equipment necessary for detection and prevention.

Lessons can also be learnt and new procedures developed through disasters with, for example, The National Trust planning to use book chute, just like the building industry will use to throw rubble down to the ground inside a cloth chute, to rapidly evacuate libraries from historic houses if there is a fire and if it is safe to so. Other innovations include providing protection for statues that can’t be easily moved by having a hollow plinth that has a cupboard with a fire blanket inside that can be thrown over the statue in the event of a fire.

Jaeschke says that it is important to remember that policies change and people’s phone numbers change, so it is crucial to update Emergency Plans at least once a year but also when there is a change to the layout of museum, which would require an immediate review.

“If you’ve got procedures in place about, for example how you would evacuate a building, if you change the layout of a gallery you need to review that part and update it on the Emergency Plan to reflect that. Even changing a display may mean that some of your priority objects have moved and may need a change to the Emergency Plan.”

But of course all this needs to be done in advance to prevent or mitigate a disaster because the crux of the matter in Jaeschke’s words is: “You don’t have time to write the procedures during an emergency.”

There is a free app Emergency Response and Salvage developed by the National Park Service which  every museum staff and volunteer should have on their phones.

August 2018
One Collection: The future of the Science Museum Group’s storage and archive facilities

June 2018
Digitising collections: how technology is speeding up the process of big data

November 2017
Education in Museums: creating a learning culture through participation and outreach