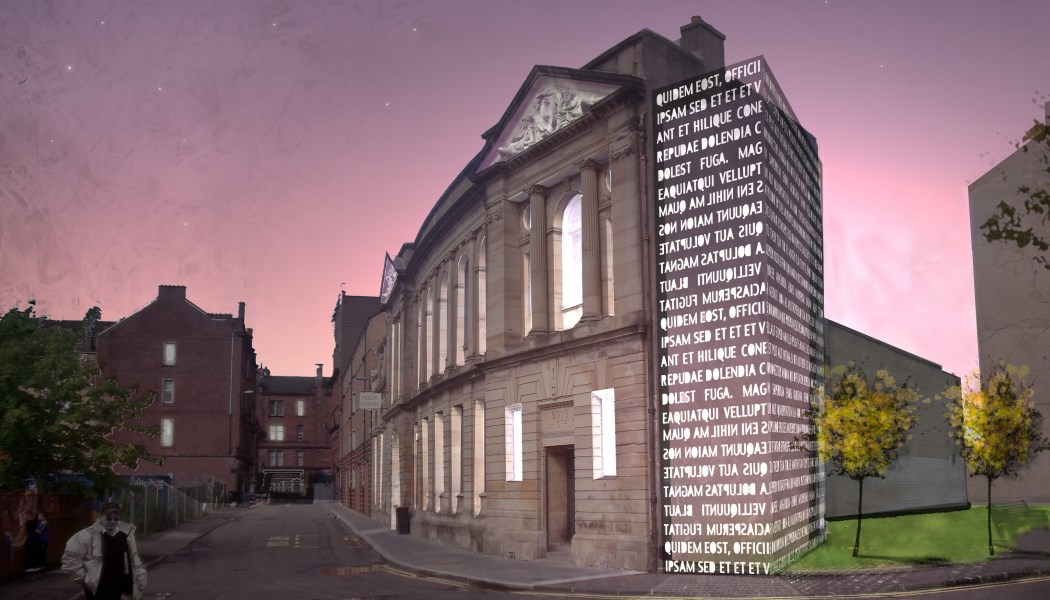 Glasgow Women’s Library is not only a unique organisation in Scotland, it is the only dedicated Accredited Museum of women’s history in the UK and has recently had its full museum accreditation renewed and is currently finalising a £1.4m redevelopment of its East End premises

Set up in 1991 by a group of volunteers on the back of Glasgow’s year as European Capital of Culture the Glasgow Women’s Library (GWL) has grown to become a renowned organisation with a lending library, archive and extensive learning and engagement programmes. Starting life out in as small shop premises near the Glasgow School of Art the volunteers were part of the first wave of regeneration in the city, which saw dozens of community projects established in the run up to the year-long series of cultural festivals. The GWL was first established as a broad-based arts organisation called Women in Profile, which was set up in 1987 with the aim of ensuring the representation of women’s culture as Glasgow prepared to be the UK’s first European City of Culture in 1990.

The support was immediate and as a result of individual and group archival information being donated the group decided to change the name and set up the GWL. “The question was ‘how do we make a repository for all this that is accessible for people who would not normally go to contemporary art places or museums?’”, says Sue John, enterprise development manager, who has been involved with the museum since 1993. “There were a lot of community activities being set up at the time and we had a feel for what the city needed and thought about how we could represent women in Glasgow.”

The donations continued with all sections of the community contributing books, magazines, journals and ephemera and by 1994 GWL’s rapid growth, both in terms of collection size and user numbers, resulted in the need to relocate to larger premises. Consequently, the organisation moved to Glasgow City Council-owned premises at 109 Trongate where it continued to expand and develop, providing informal learning opportunities without outside funding. In 1995 GWL received the entire lesbian archive from London, the Equal Opportunities Commission’s publications and the Women’s Liberation’s newsletters and fanzines from the 1970s and 1980s.

However, it wasn’t until 2000 that GWL had its first paid worker through funds from Comic Relief. “We were developing with no running costs and we slowly started to formalise events and started to get funding for targeted learning programmes, which are all linked to the collections,” says John.

This was followed by further successful funding bids to facilitate new projects focusing on the provision of Lifelong Learning opportunities and an Adult Literacy and Numeracy Project aimed at women, funded by Glasgow City Council. During a key period of development between 2002 and 2006, GWL secured its status as a Linked Library to the Scottish Parliament, appointed a librarian and a writer in residence, undertook several research commissions on behalf of public bodies and launched its Women Make History Project. This period saw further growth in user numbers, with more than 10,000 people a year accessing the ever-expanding collection of materials and range of services. And it resulted in GWL being first awarded full museum status in 2010 as it “enabled people to explore collections for inspiration, learning and enjoyment” one of the key requirements.

Now the GWL has 21 paid staff and 100 volunteers, including a librarian, archivist, museum curator and museum assistant and has again been awarded museum accreditation, not only for its unique and comprehensive collections but for the learning and engagement programme it provides. 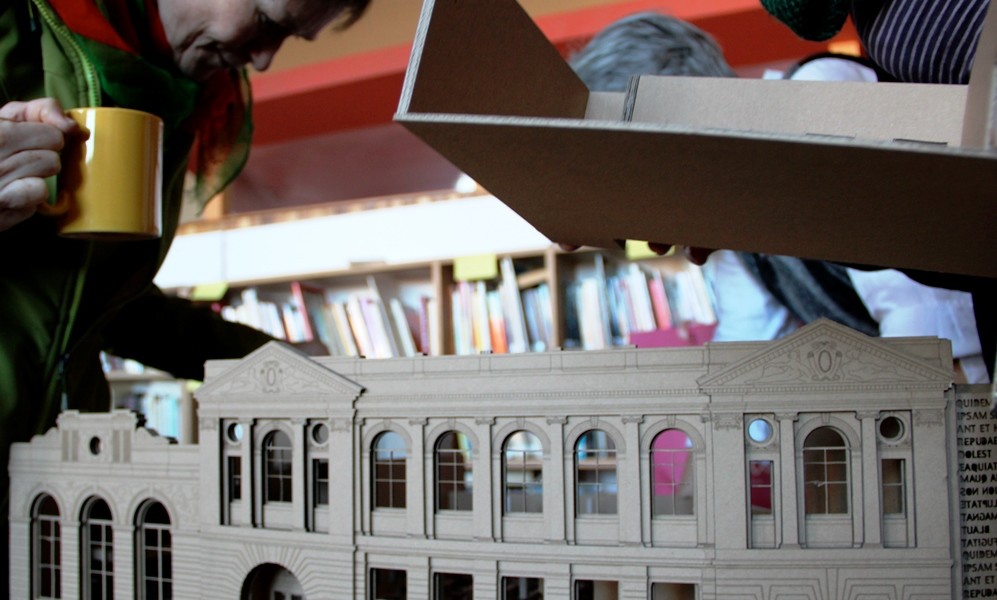 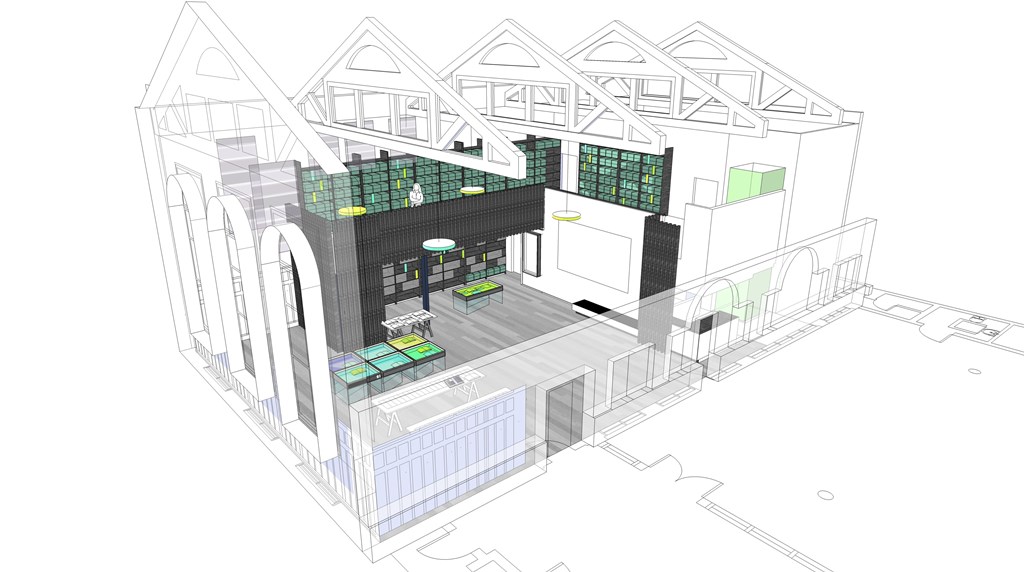 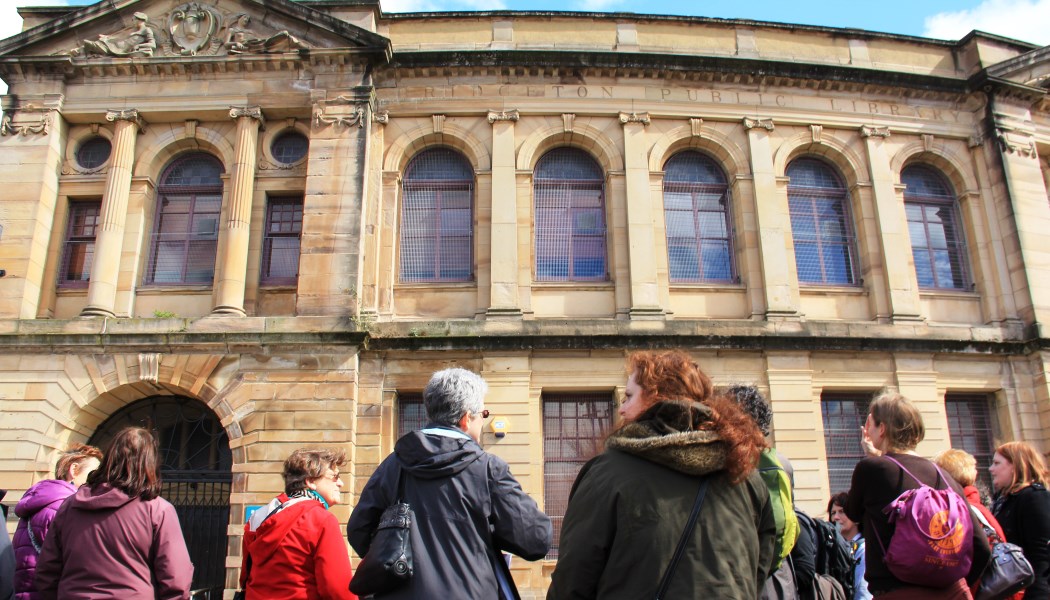 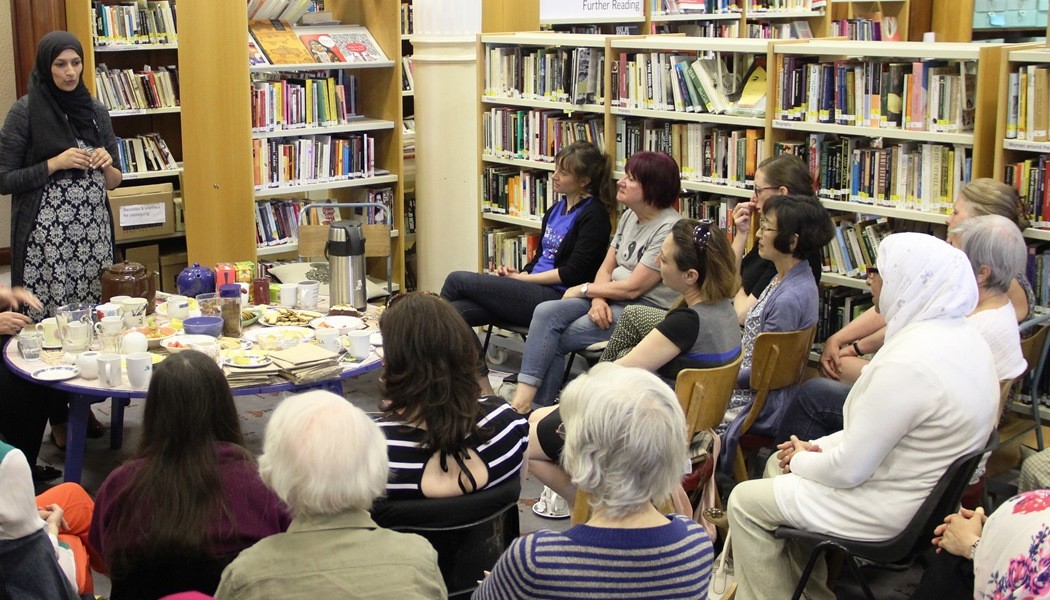 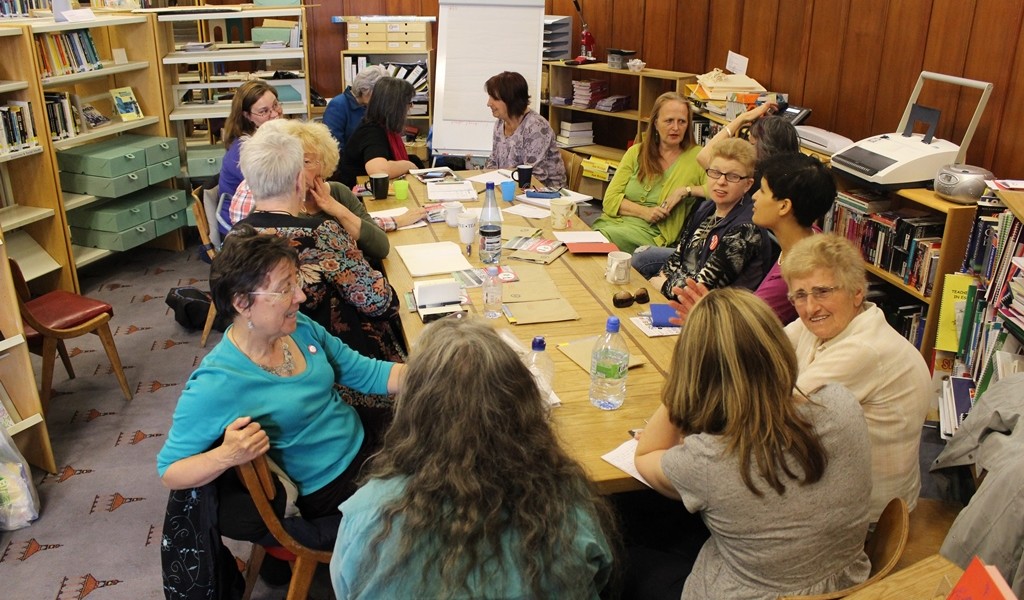 “I am delighted that Glasgow Women’s Library has been awarded the status of Full Accreditation by the UK Accreditation partnership,” says Joanne Orr Museums Galleries Scotland CEO. “It is a testament to their hard work and dedication that this unique resource continues to uphold the standards of accreditation since first being awarded Full Status in 2010.”

The benefits of Museum Accreditation are manyfold with ACE stating that it demonstrates that a museum has met a national standard, which strengthens applications for public and private funding and gives investors’ confidence in the organisation. “The accreditation is very rigorous, as it should be, and deals with collections care, management how it’s kept, stored and recorded and made accessible and community engagement. It’s like an organisational health check,” says John. “It’s huge – it does reflect on the organisation and show it is hitting very high standards. We have an international profile and are well-respected.”

The key values of GWL are addressing inequalities, valuing all women, learning and development, diversity and inclusivity as well as openness and respect. “GWL is open to all. We tell the story of how women have shaped their communities, society and, indeed, the nation,” says John. “We have worked really hard to formalise the programmes, which include adult literacy support and dedicated programmes for black and ethnic minority women. We also work all over Scotland, particularly forging partnerships with local communities in delivering our work..”

The library, supported by Clyde Gateway Regeneration Agency has over the past five years raised £1.4m, which it is currently investing in its present address since 2013, a Grade B Listed former Carnegie library in Bridgeton. Work to include a new mezzanine floor, double decker archive and new lifts started in November 2014 and will be completed in October. It means that the organisation can continue to improve the high quality service its thousands of users have come to appreciate and expect. Just this month John says those using the GWL’s resources came from all over Europe, the US and South Africa as it has such a strong collection of materials that are hard to find elsewhere.

These deal with feminism, violence against women, history – including the Suffragette movement, LGBT issues, women artists and women around the world.  But it’s with his the communities in Glasgow and Scotland as a whole that the GWL has really made a difference with an excellent example being the work with minorities in Glasgow with its own publication of She Settles in the Shields (2011), telling the story of women – told in their own words – who travelled to Scotland from all over the world, in search of family, love and security.

In 2011, ahead of its 21st birthday in September 2012, the GWL commissioned 21 artists and 21 writers to create new work inspired by its diverse collections. Some of the most significant names in Scottish art and literature including Turner Prize nominees and authors contributed text and artworks, from Janice Galloway to Denise Mina, Claire Barclay to Sam Ainsley. The 21 Revolutions publication was launched in March 2014, on International Women’s Day and won the Arts & Business Scotland ‘Enterprising Museum of the Year’ Award 2013-14 (Sponsored by Museums Galleries Scotland).

A full programme of events has continued during the renovations with talks, heritage walks and film screenings. Next month a special event, Doors Open at Glasgow Women’s Library, will be one of the first opportunities for the public to see the refurbishment by Glasgow architects Collective Architecture, which will herald a new era of fresh artistic and cultural events for GWL and its community.

How the exterior of the Glasgow Women’s library will look following £1.4m renovation. Image produced by COLLECTIVE ARCHITECTURE