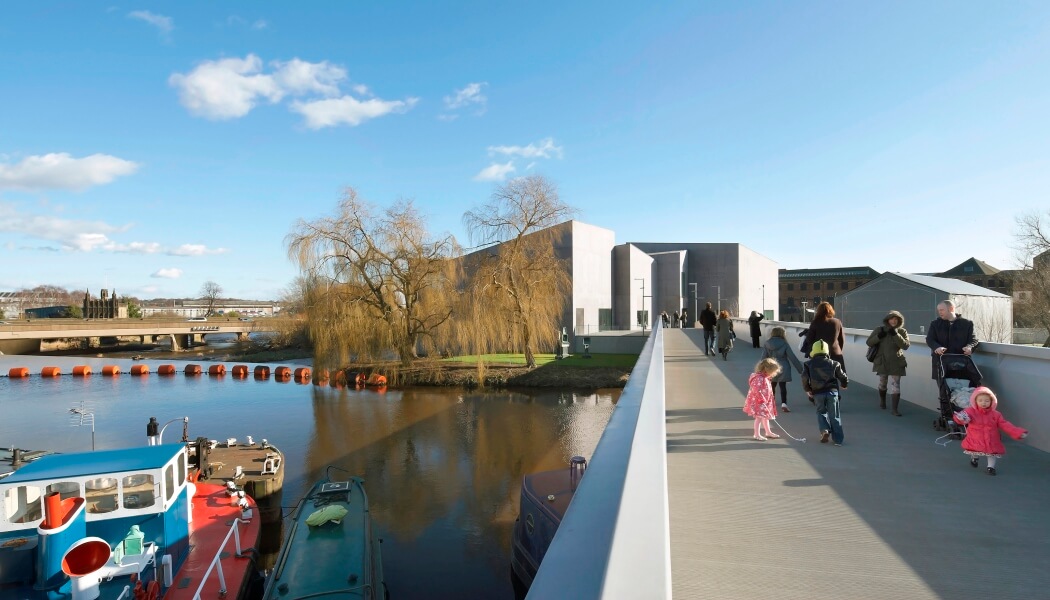 Hepworth Wakefield – seizing an opportunity to create a riverside garden

Wakefield is an area that the Arts Council described as low participation in the arts so it was a brave move by Wakefield Council to build something as bold and dramatic as a £35m art gallery. The plan at the time was for the whole waterfront site to be developed but then the financial crash happened and the gallery was the only part that was developed. Designed by David Chipperfield, the Hepworth Wakefield is a fine example of contemporary architecture that is set away from the city centre across the River Calder. Wakefield Council built the gallery for two reasons, one was to spark regeneration in the area and attract inward investment and the other was to raise aspirations and opportunities in the area by bringing something world class to Wakefield.

“When the gallery first opened it had amazing visitor numbers and far more than was ever anticipated and then obviously when the honeymoon period is over, there was a natural decline but now we have got to the five year period we decided we really needed to look at how we were going to keep things successful for the long-term in regard people using the gallery as a resource,” says Olivier Colling, Director of Communications and Development. “So we initiated an audience research project, which looked at why people weren’t visiting as much as reasons to visit and there were various perceptions of the area. One was that there wasn’t very much to do near the gallery.”

Although the gallery has a café and ten galleries upstairs, a sunken sculpture garden and playground there are no other cultural attractions or places that visitors could spend their time following a visit. It was this and the fact that the gallery has a strip of grass, about the size of two-and-a-half football pitches, between it and a collection of mill buildings that sparked the idea of creating a gallery garden. 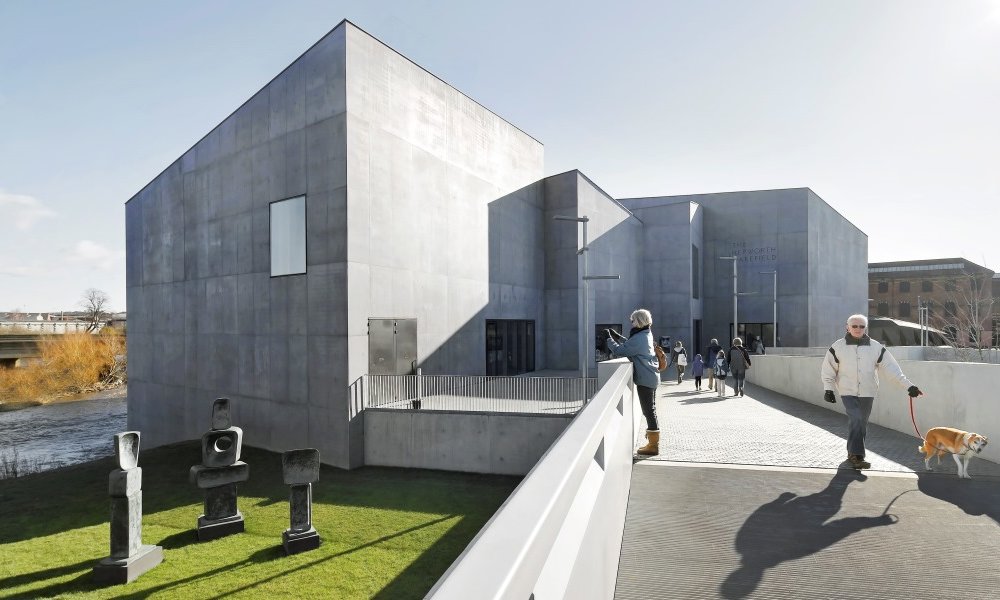 There are some Victorian mill buildings that share the site with us, which have been sitting empty for a number of years and a strip of grass between the two of us, which were underused and unloved. The gallery garden really came about because we were looking at how we broaden the offer and also to give people more reasons to visit. But then also, one of our founding purposes was to raise aspirations and well-being in the region and spark regeneration. So this is a continued commitment to regeneration in the area.”

Last year the gallery conducted a design competition and held a public display of the four shortlisted designs to see what they wanted and which proposal they preferred. In August internationally renowned gardener Tom Stuart-Smith was selected to design the outdoor space. Stuart-Smith has completed many gardens at Chelsea Flower Show as well as private gardens and the appeal for him was to create a huge public garden that would be free for anybody to use and give something back to a local community. “For us it expands our programme outside but it is also there for the use by local residents  who are already using the playground,” says Colling. “We also want to place artwork within the garden because both Barbara Hepworth who was born in Wakefield, which is where we get our name, and Henry Moore, who was born in Castleford, which is part of the Wakefield district both sited the Yorkshire landscape as being hugely important and influential to their own art practice. To be able to site Hepworth’s work outside would continue and strengthen that relationship.”

The gallery launched a £2.2m fundraising campaign last year and since then it has received £250,000 from the Garfield Weston Foundation and pledges from a number of individuals. Lots of applications have been sent out for funding including to the Arts Council’s large capital grant scheme. 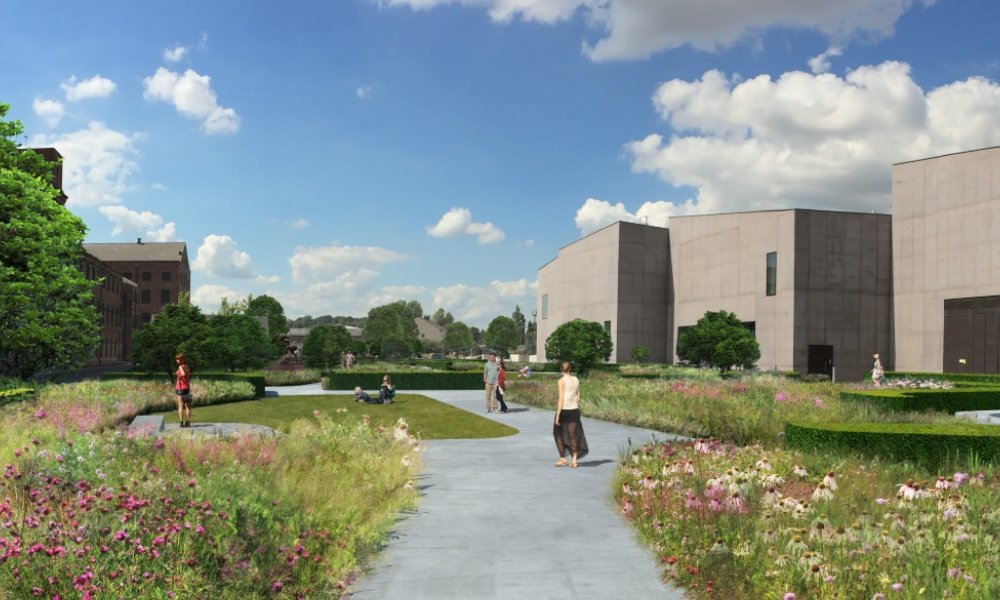 “Our ambition is to open the garden by late summer 2018 so in the meantime we have been getting on with all the groundworks and investigating what’s underneath the grass and developing the design,” says Colling. “We are planning four or five sites in the garden that will have sculptures and we are working out how best to do that. To start with we are looking at our collection or long-term loans. We then have aspirations to commission work and work on exciting new projects. But first we need to get the garden open and established.”

While the development has been underway City and Provincial, which run an artist and creative collective called Tile Yard studios north of King’s Cross, have bought the mill buildings that lie opposite the gallery, which means the whole waterfront could become more vibrant in the future. “It fits in really well with what we are doing and is fantastic for us – they were blown away with the gallery and the ambition of the garden that lies between us.”

Stuart-Smith has designed a garden where visitors will be able to sit and reflect and be slightly quieter and appreciate art. The gallery is keen to employ a garden keeper that would maintain it and also work within the gallery’s programming team to find connections with the activities inside the gallery and those outside. 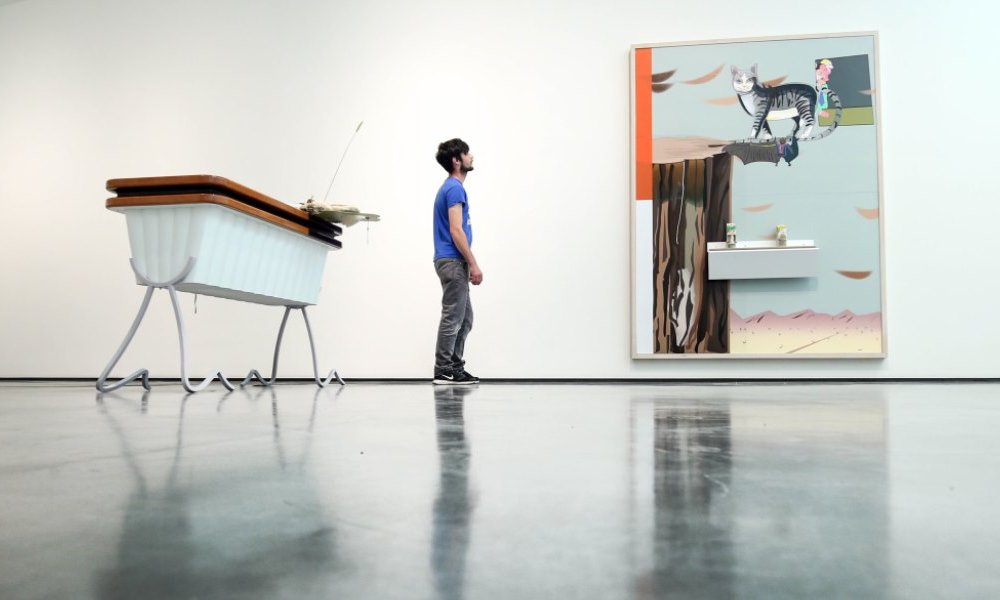 Visitor data shows that once people make the effort to come to Hepworth Wakefield their satisfaction rate is 98 per cent. “Getting people here in the first place is one of our biggest challenges so the more reasons to give for getting people to visit the better really. And we have a lot of repeat visitors,” says Colling.  “The garden will improve our site and will possibly attract people who want just spend time outdoors. The hope is that with the garden it will increase dwell time and people might be more inclined to use our existing café and the proposed catering offer outside.”

The gallery is working to a tight schedule funding-wise and want to have at least 50 per cent raised before it starts ordering the plants but it has gone out to tender for a main contractor and has hired a project manager to keep plans progressing. “We are working to a ticking clock because plants have to be planted at a certain timep and we are very open to the fact that if we don’t hit this target (for planting in spring next year) it will be summer 2019. It’s not like a normal building project where you can push it back a month or two. It will happen and for our long-term sustainability we need to be thinking broader than just what’s inside.” 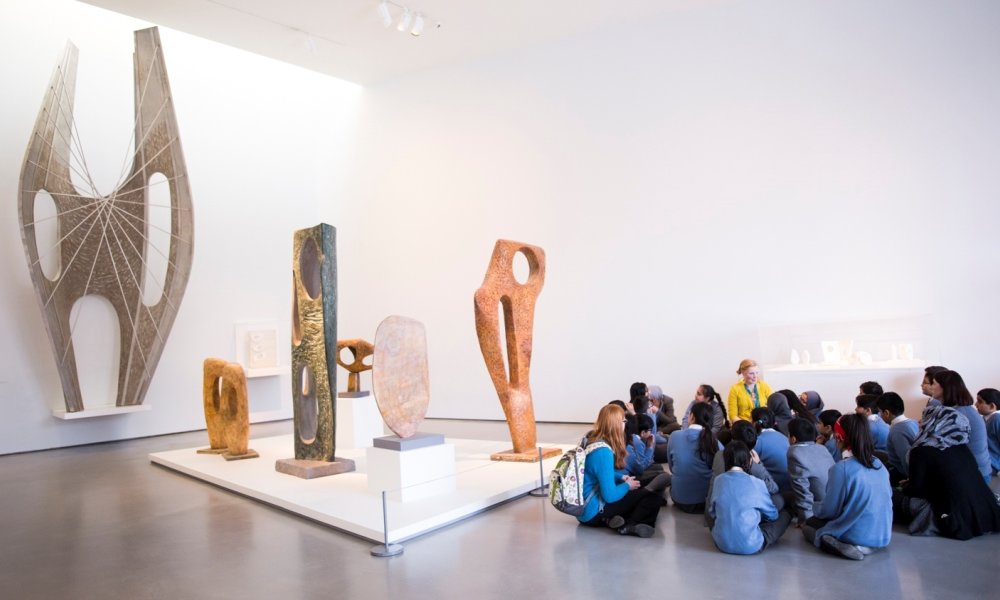 Colling says the project is also about the gallery’s international reputation as it wants to be seen as the best in the world and has recently welcomed artists such as Stanley Spencer last year, fashion designer JW Anderson at present and in the summer, Howard Hodgkin.

“For that you have to be multi-functioning to create wonderful experiences. A high percentage of our visitors come from within an hour’s drive of the gallery. That’s why we have a temporary exhibition programme and do new things so they have a reason to come back. We are here as a local resource. It’s having to be more than just an art gallery to people. For us a big part of our funding comes from our local council and we want the local people to feel really proud that we’re here and we want them to see the benefits we bring in terms of inward investment and tourism but also that it’s something for them to use.”

More detailed plans of the Riverside Gallery Garden will be revealed in the autumn.