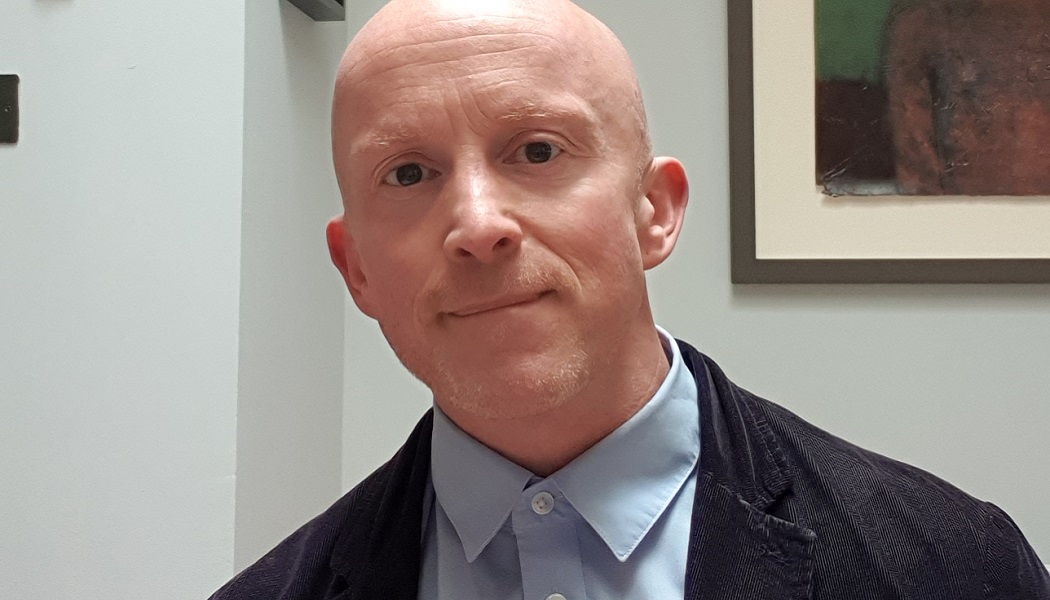 In taking on a key role at the country’s largest local authority museums service during a global pandemic, what does the new head of service have in store for Leeds Museums & Galleries?

David Hopes will officially join Leeds Museums & Galleries in June, facing the same challenges as many of his peers taking on new roles at a time when the dust is yet to settle on the experiences of a pandemic.

While the tasks which lie ahead may mirror those facing most museum professionals at present, Hopes’ journey to his latest appointment was far from the road most travelled.

Studying a Chemistry degree at the University of Glasgow before a freewheeling spell working in youth hostels and field study centres is not the opening gambit of the average heritage sector CV. 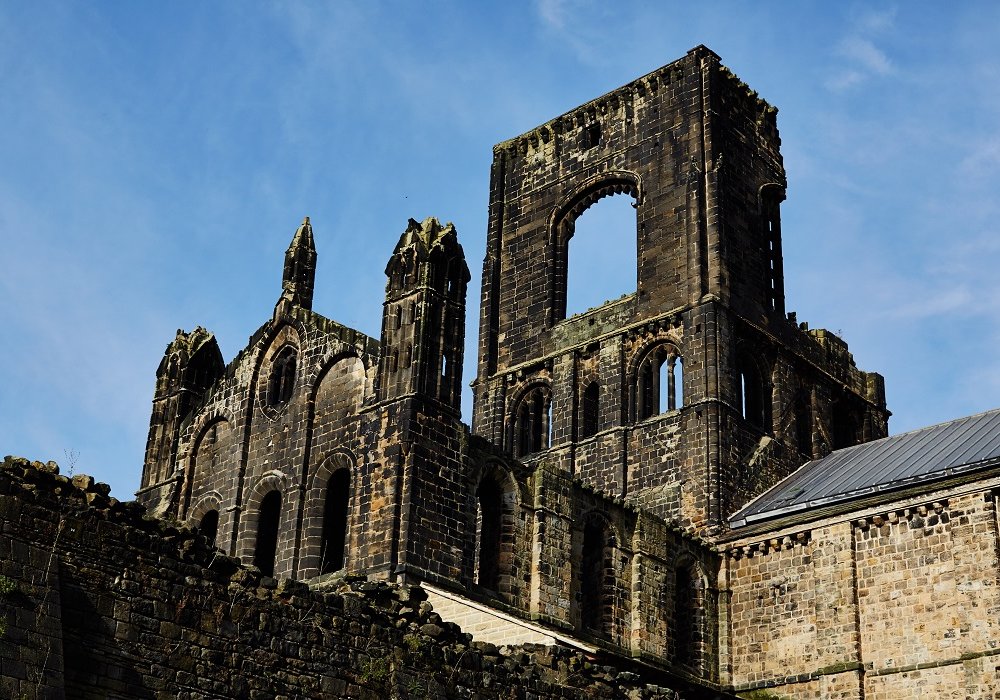 It was only when Hopes signed up for an Open University arts degree that a pivot towards the culture sector began. It was the winter of 1996, however, spent donating his time to Tenby Museum and Art Gallery, which sealed his fate as a museums devotee.

“I was very lucky because Tenby was a tremendous place to start,” he recalls. The museum offered the Kilmarnock-born graduate “great hands-on experience of how an exhibition is put together” and left him in no doubt where his career path lay.

A seasonal role at a local authority museum in East Ayrshire followed, affording Hopes “free reign” to immerse himself in community projects, curating displays and making tea for anyone who might drop by – a competency that will stand him in good stead upon his arrival in West Yorkshire. 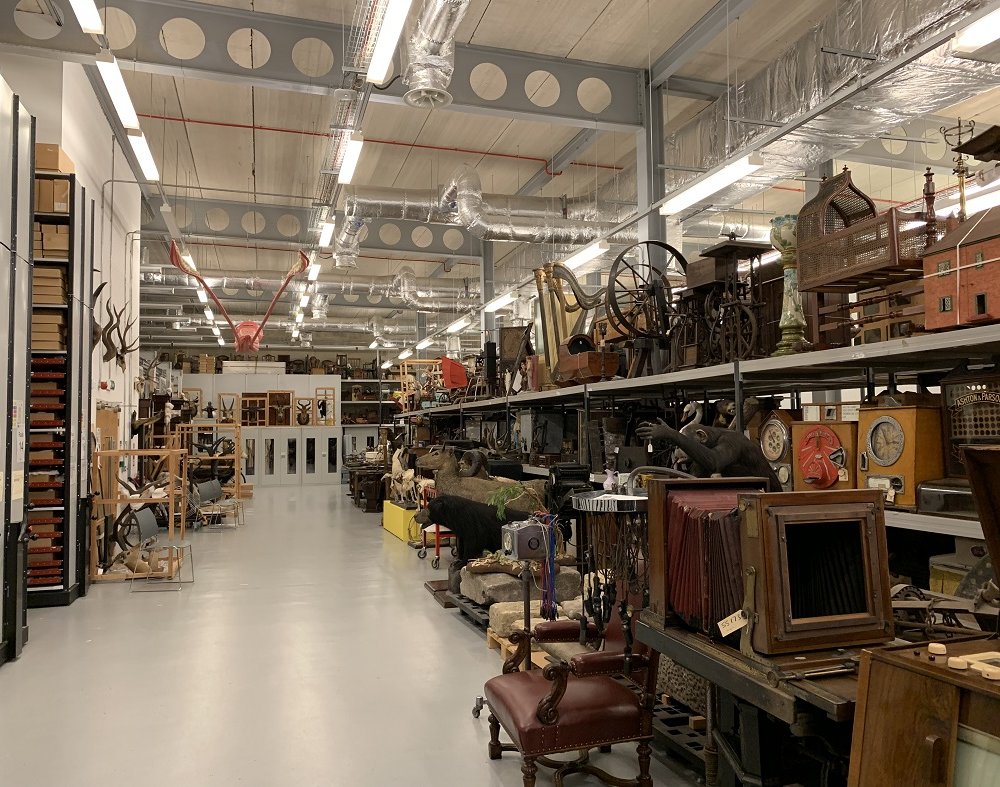 It was at this point, certain his future lay in the heritage sector, that Hopes leapt at the chance to complete a master’s degree in Museums Studies at the esteemed University of Leicester.

Subsequent roles grew in scope and magnitude. Helping organise what is thought to be the UK’s first community-run exhibition for Glasgow Life’s Open Museum outreach service preceded a five-year spell as curator of a £21 million new build project at the Robert Burns Birthplace Museum.

Serving as a research fellow with the Shakespeare Institute and Shakespeare Birthplace Trust provided another hugely formative experience, with digital and virtual advancement central to the role – an area of specialism that went on to form the basis of Hopes’ PhD. 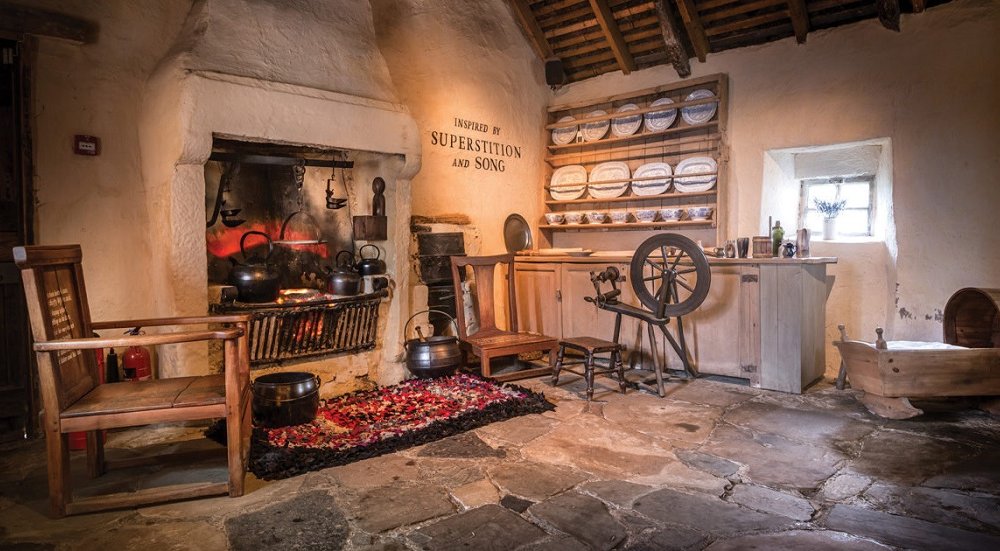 He now joins Leeds after a seven-year spell with the National Trust for Scotland, where he first returned to the Robert Burns Birthplace Museum as director before taking on the head of collections and interiors role in the organisation’s policy team.

Despite Leeds Museums & Galleries being the largest local authority museums service in the country, it was the size of the outfit’s ambition rather than its infrastructure that tempted Hopes into applying for the opportunity.

“Leeds was always on my radar, not because of its scale – obviously it is very big, with 1.3 million objects – but because of what the service achieves,” he explains.

“It’s such a mixed portfolio, with a great deal of variety among the sites. There’s an innovative loans service, great work on education, a truly leading approach to health and wellbeing. Leeds really has it all.”

Some great news! We’re very pleased to announce that @HopesDavid will be joining us here in Leeds as our next Head of Service.

Well done us for this excellent appointment and congratulations to David for his imminent adventure in the greatest city in the world 💫 pic.twitter.com/rV5RGmBSq6

Well before he knew a job would become available, listening to the service’s Museums n’That podcast became a staple of Hopes’ lockdown walks.

“It’s such a completely fresh take which engages new demographics. In the context of the pandemic, it’s also such a great example of digital resilience and people being incredibly creative.”

The popular podcast’s “use of humour, kindness and compassion is typical of Leeds” according to Hopes, who says the city reminds him of Glasgow. This friendly approach is one he aims to perpetuate throughout all aspects of the organisation’s offer. 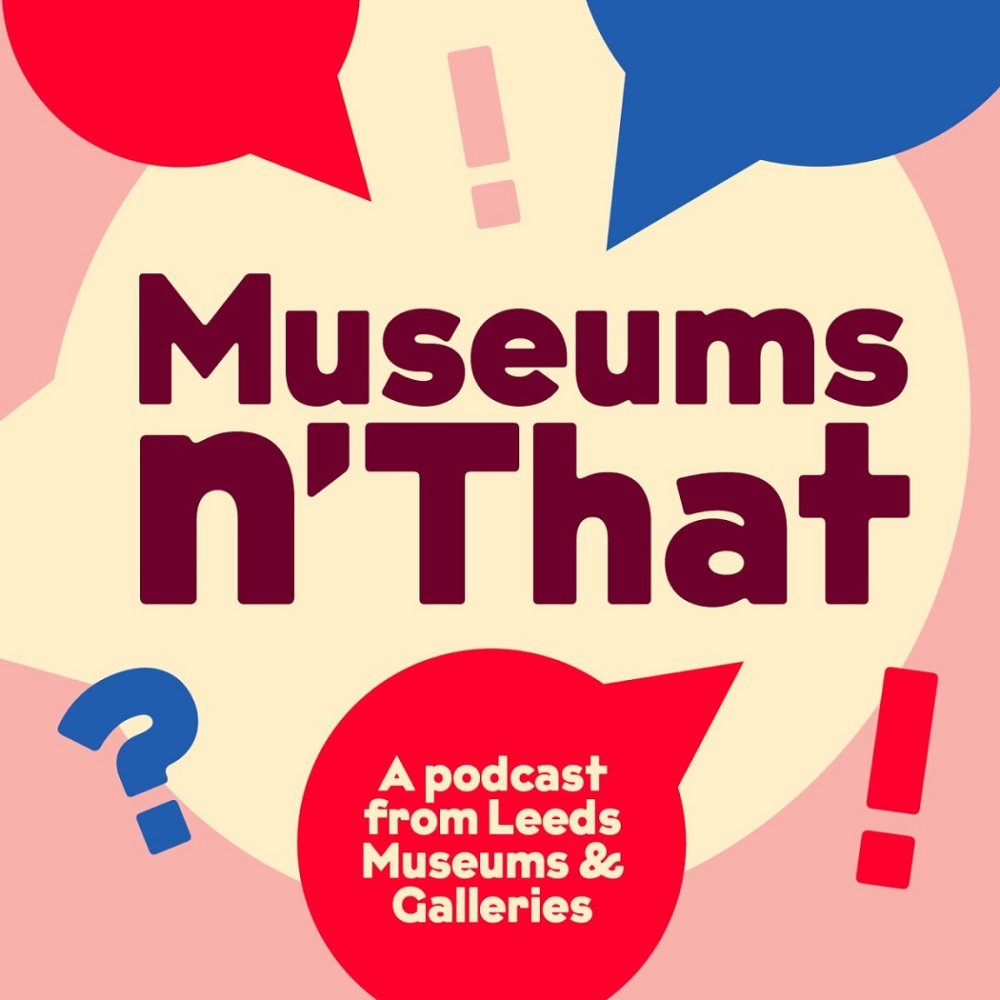 Given that exploring the potential of digital was part of Hopes’ PhD thesis, combined with the organisation’s propensity for trying new things, the new head of services is very excited to see what the future holds.

“One of the most interesting things will be to discover how the flourishing of digital during lockdown has changed us and, by extension, our on-site offer.”

While digital will undoubtedly be key, ensuring the public feel confident to return to Leeds Museums & Galleries’ venues is a priority for Hopes in the coming months, especially given that the service had experienced record visitor figures before the pandemic – almost 1.7 million people visited its nine venues in 2019.

“We need to adapt to thrive. If you keep an open mind and reflect on the lessons of the pandemic then there’s a great opportunity to do things in a different, exciting way,” Hopes notes, maintaining that the ubiquity of Covid’s impacts make a sector-wide reinvention highly plausible.

“Leeds was ahead of many of its peers prior to the pandemic in thinking about sustainability – in terms of both the environment and financially – and addressing concerns over the long-term viability of museums.

“We’re only ever truly limited in our own originality, and the pandemic has really emphasised that,” he states, adding that Leeds Museums & Galleries has never struggled to demonstrate ingenuity in all aspects of its work. 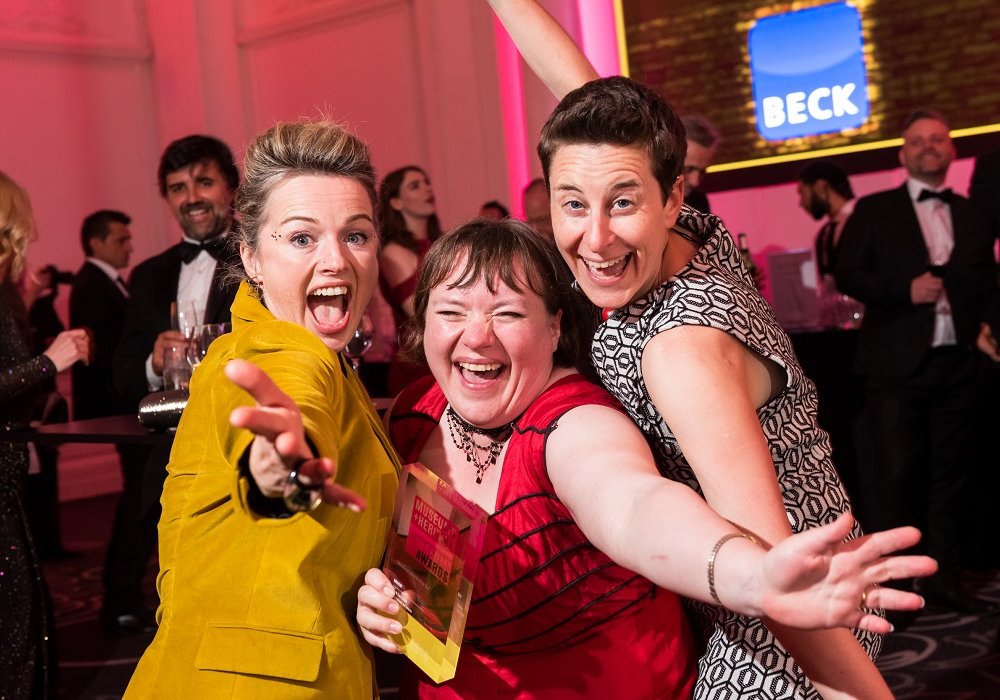 Leeds Museums & Galleries has consistently won plaudits for its work, including winning Educational Initiative of the Year at the Museums + Heritage Awards 2019

With the service’s well-established agility at the forefront of his thinking, Hopes in no way plans to arrive for his first day at work with a pre-determined agenda. He is firmly of the belief that there is nobody better qualified to inform the organisation’s future than those integral to its function on a daily basis.

“I’m really just looking to learn from Leeds initially,” he tells Advisor. “I certainly don’t have all the answers myself. I’m really keen to learn what our staff, volunteers and stakeholders think, and learn in the first instance rather than arrive with a set of readymade solutions.”

Seeking the “right blend” will be the primary goal of listening to voices from across the organisation, whether that’s in terms of balancing on-site and digital programming or in relation to the audiences the service aims to reach.

“Being loved locally, by the public in Leeds and West Yorkshire, is something that’s long been a strength,” he adds. “Building on international partnerships is an area that offers great potential in the coming years, especially with the Leeds 2023 Year of Culture fast approaching.” 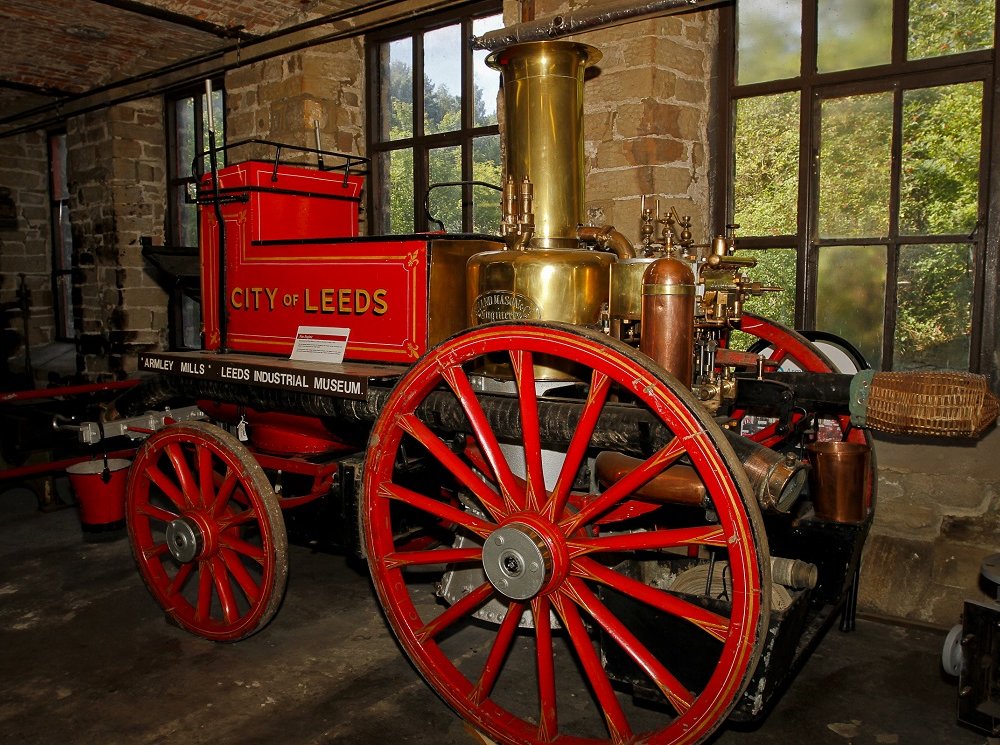 Just as his route to the museums sector wasn’t the norm, neither was the recruitment process Hopes navigated to be appointed. A trio of Zoom interviews – each prepared for with extensive research and a new tie – has seen him secure an integral role within the organisation without having met any of his new colleagues face-to-face.

This will all change at the end of this month, when a trip to West Yorkshire for a planning meeting allows the new head of service to begin the latest chapter in a varied heritage sector career.

The hybrid model of recruitment may well foreshadow Hopes’ impact on the service, with his sights set firmly on broadening the scope of an already inclusive, creative organisation – both in the communities of West Yorkshire and on screens throughout the world.