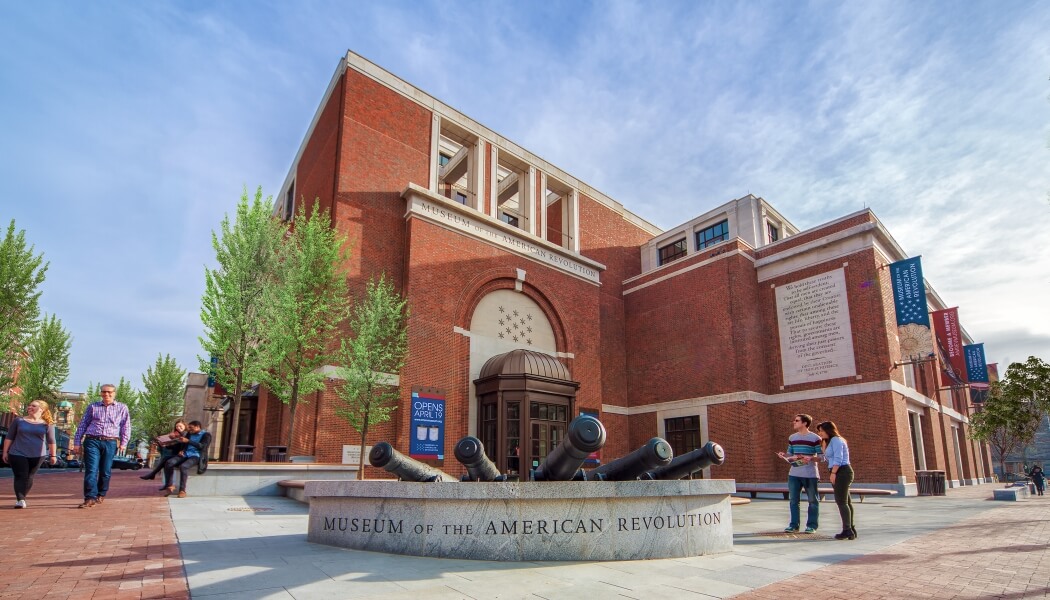 Independence Day: The creation of Philadelphia’s new Museum of the American Revolution

As the United States celebrates Independence Day you would think there would be hundreds of dedicated American Revolution museums across the country recounting the breakaway of a fledgling nation from the claws of the tyrannical British monarchy of the time. However, the opening of the new, independent Museum of the American Revolution in Philadelphia this April saw it become the first museum of a national scale in the US devoted to telling the comprehensive history and legacy of the founding of the United States on July 4, 1776 through its revolution

The Museum of the American Revolution is the culmination of a seven-year project that raised $153m of which $120m was invested in a new museum building in the heart of historic Philadelphia, a stone’s throw away from Independence Hall where the Declaration of Independence was signed. The project has brought together a collection of several thousand Revolutionary-era artefacts. Of these, the museum has opened with 500 objects including the war tent used by George Washington during the American War of Independence the purchase of which, almost 100 years ago, set in motion the idea for the museum.

“In our case the genesis for the idea of our museum goes back to the early 20th century – 1907 to be specific,” says Michael C Quinn, President and CEO of the Museum of the American Revolution. “We point to that date as that is when descendants of George Washington put up for sale the tent that served as his command headquarters in the revolutionary war. A minister in the Valley Forge area purchased it, and it actually took him two years to raise the money, and that gave birth to the idea of a museum to tell the history of the founding of the nation. So it has taken us a hundred plus years to achieve that!” 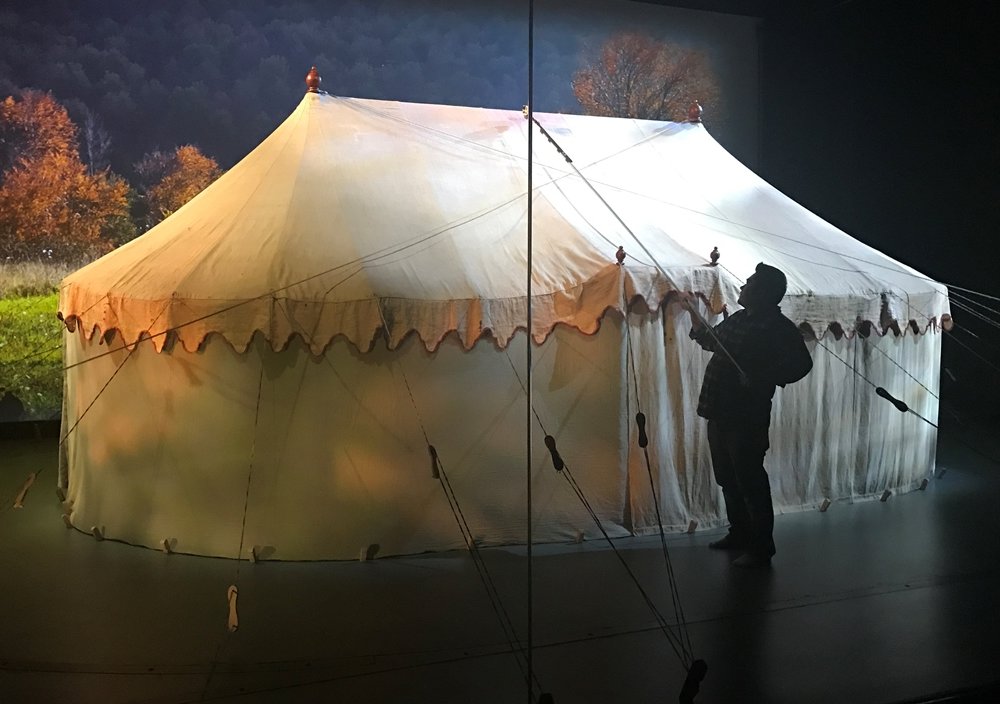 Opening on April 19, the museum was on budget and on schedule and through its fundraising has a $30m endowment. The museum board acquired a site to build a museum, demolished an old 1970s visitor centre and constructed a new neo-Classical building. The museum says it is 100 per cent independent and non-partisan and will meet its expenses through earned revenue and fundraising along with some withdrawal from its endowment as it grows over time.

“There aren’t many museums that deal with the American Revolution and the question I get asked most often is: “Why has it taken so long to build a museum dedicated to the most important event in the history of the American nation?,” says Quinn who has previously filled the roles of director of James Madison’s home in central Virginia and deputy director of George Washington’s home, Mount Vernon. “We already have a museum that tells the story of World War Two and of World War One, we have many that tell the Civil War history but this is essentially the first national institution that tells the story of the American Revolution.”

He says the US has historical sites that preserve encampments and battlefields as well as historic landmarks such as Independence Hall but they all tell small parts of the overall story of the revolution. The American Revolution Museum at Yorktown, which replaces the Yorktown Victory Centre is probably the only other known institution that tells the whole story, which also opened in April. 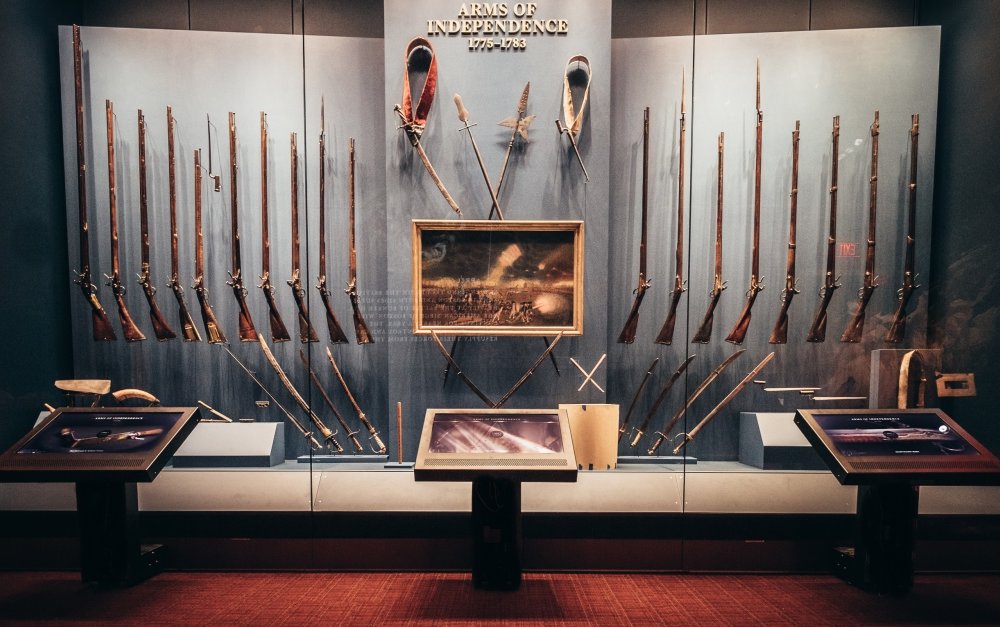 Arms of the Revolution

At first the museum was going to be built in Valley Forge located 30 miles outside Philadelphia where Washington’s tent was purchased. However, because for Americans Philadelphia is the revolutionary capital of their country it was decided that this would be the true home for the new institution.

“Philadelphia is a very important city. It fell to General Howe and it was recaptured nine months later in a very pivotal battle in the revolution so it is the central location of the American Revolution and that meant we already had millions of people coming to the city, so locating the museum here meant we could serve those people.”

The site where the museum now stands previously housed a visitor centre built by the US Park Service in 1976 – the bicentennial of the Declaration of Independence. They closed it around 2002-2003 with the construction of a new visitor centre, so the museum board approached the Park Service about the idea of them giving up ownership of this piece of Independence National Park for a new museum and they agreed. “The building we tore down was a mid-1970s visitor centre, which had been closed for a decade and the appearance of which no one liked – it didn’t have an urban sense of being part of a city. Everyone was cheering when we demolished it.”

The board then made a conscious decision that it wanted a neo-Classical building to blend in with its surroundings and respect the historic architecture. While the construction was taking place Quinn says the museum put together its own team of historians to lead the project who developed the content and the interpretation. They in turn worked with exhibition design firms and graphic designers, set designers and filmmakers who then executed the final design based on the historians’ ideas. An academic advisory board was also set up along with a teacher advisory board, which meant the museum could bounce ideas off a group of scholars and could also consult the teachers to ascertain the best way to communicate to children and students.

“We present history as accurately as possible, we acknowledge different interpretations of history but we clearly stay away from any politicised interpretation of history and we also stay out of current day politics,” he says. “If anything embedded in our mission is that the founding era gave established principles, ideals and practices for the American nation that really transcend political differences. It gave us our form of democracy, representative democracy that cuts across all political divisions.” 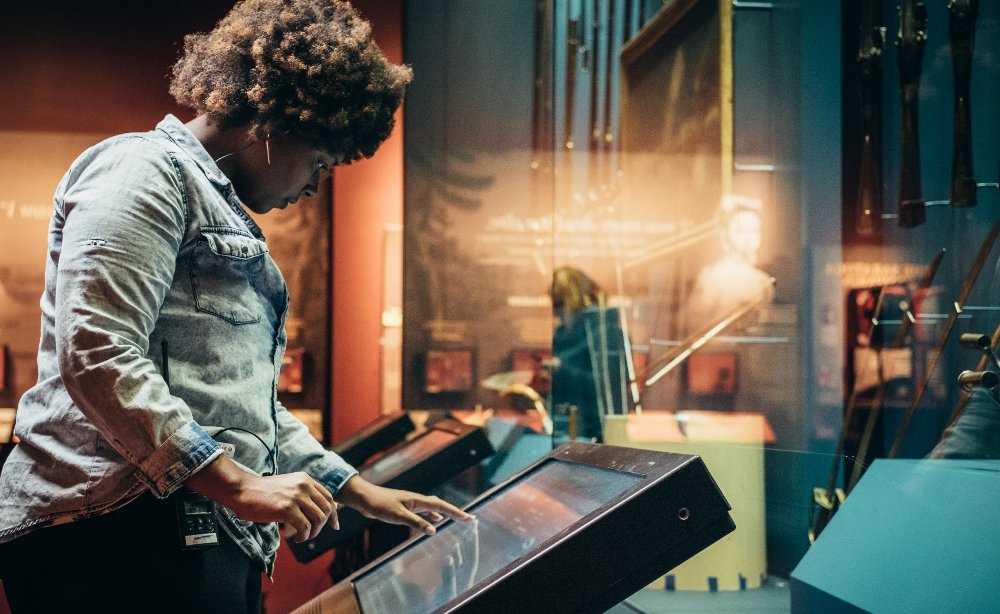 Quinn says this does not mean the museum isn’t connected with the current world. On the contrary, he says it approaches contemporary life with the belief that citizens need an understanding of their history and the formations of the US’s form of democracy as well a notion of the ideas on which the nation is founded in order to understand better how to interpret and apply them in today’s world.

“If you don’t now the past or if you don’t know the origin or the importance of these ideas, it’s difficult to understand their true meaning or what they meant at the time and how that might translate into the current world. We have a strong relationship to current events and citizenship without it taking on a political role.”

What the museum is trying to achieve, says Quinn, is to blend the best historical research and insight with people who have direct experience in teaching history and making it exciting and interesting to young people. A very strong theme throughout the exhibits is that the American Revolution is in many ways an idea and it continues in every generation, which needs to understand and uphold the ideas of the revolution as part of being responsible citizens of the American nation.

“We are obviously focused on the War for Independence but we also convey that the precepts established of a citizenry that is the sovereign authority through election picks and shapes government and these elections are the ultimate check on government power. That is an ongoing responsibility that means every generation of Americans is truly continuing the revolution.”

Quinn says they have created a cutting edge museum that isn’t just a lecture where the visitor looks at objects but one where the stories of the people involved in the revolution give significance to the objects. They have also created immersive environments such as in one gallery where the visitor boards a privateer ship that an American privateer would have used to capture British merchant ships to cut off that supply lines to the British Army. There is also a gallery with a special effects theatre that gives visitors the sensation of being on the front line of battle. 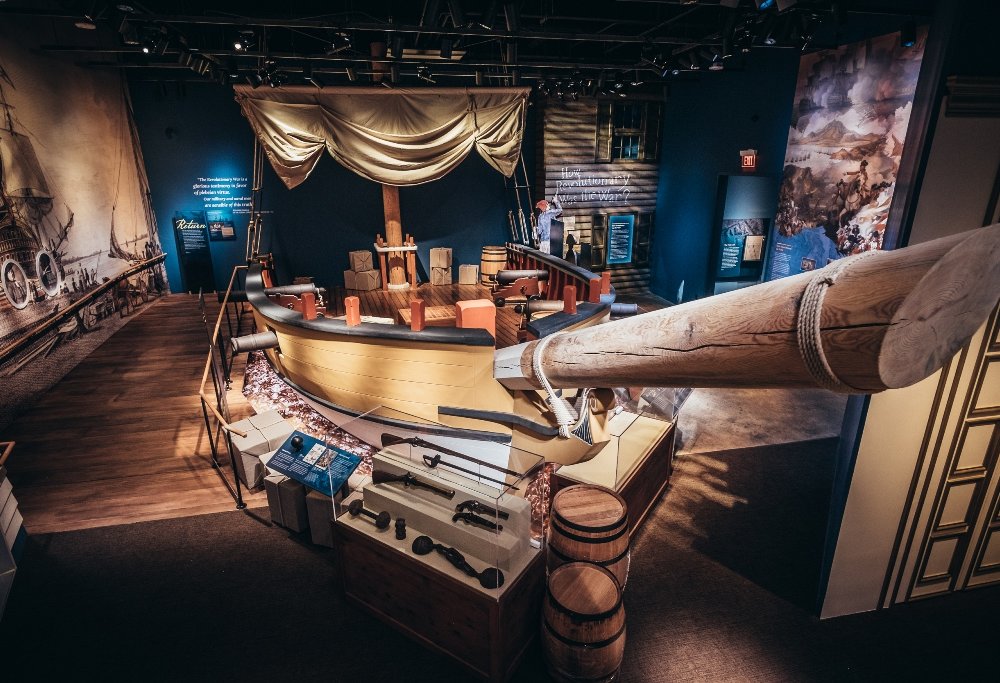 “We use different mediums and engagement techniques to really show that people didn’t really know they were living through history, they were trying to find sense in the world around them and in this striving for a sense of dignity and self-control of their own lives they ended up creating a new nation. What we want people to take away from this museum is to realise that it was real people just like themselves that shaped the course of history. We want to realise what they struggled and sacrificed to achieve is still with us today and that it is an ongoing responsibility to sustain that democracy that they created. We want people to leave eager to learn much more about this period. This should be the beginning and they can continue it by exploring other sites in the vicinity.”

The museum is aiming to attract 500,000 visitors a year and with two million people visiting the Liberty Bell each year it will be hoping to attract many of those to give them a perspective on how the US became independent and the 4th of July such a significant day in its history.