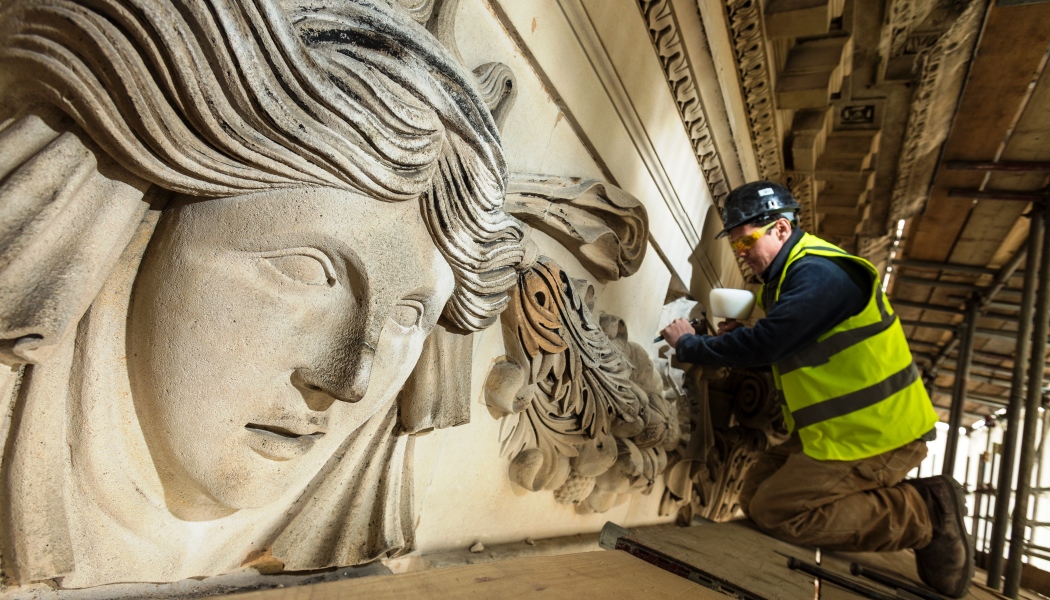 For the past 15 months Banqueting House has been enveloped in scaffolding and under wraps as conservation work took place, and for the past three months has been closed to the public before opening last weekend.

During this time specialist stone conservators have been working on the ornate exterior conserving and repairing stonework across the façade, while lead workers have sand-cast lead roof coverings in the traditional craft ways. The sash windows have been repaired and painted as were the flag-poles and lightning protection modified. A modern misting fire suppression system has been installed in the roof to protect the priceless Rubens ceiling from fire and new secondary glazing installed offering vastly improved protection and better views of the interior from the street.

The conservators also used the access opportunity to take detailed UV photography to help understand previous restoration treatments, current condition of the canvases and coffering to help detail a future long-term conservation approach. New exterior lighting has been installed offering subtle illumination of the classical exterior Inigo Jones façade treatment allowing the Portland stone to gleam after dark. The net curtains that once hung from the windows have been removed and daylight now streams into the Main Hall.

“The biggest challenge was to do the work and keep the building open for visitors and revenue-raising functions & events,” says Tracy Simmons, conservation building surveyor at HRP. “This was done using the huge Rubens wrap and making special screens over the windows with projections showing the history of the Banqueting House inside” The screens hid the works going on all round the outside of the building and the roof and the wrap helped contain the dust and to advertise the Banqueting House as still being open.

The wrap was designed by Northover & Brown who also designed an engaging and immersive visitor experience incorporating an internal digital interpretation taking the theme of ‘revolutionary building’ and playing with a Trompe L’oeil illusion to create ‘an arresting and unexpected view of the Banqueting House where the passer-by can peer inside to look at the Rubens ceiling’. “In fact we were able to sustain visitor numbers over 2015 despite the building works enveloping the entire building,” says Simmons. 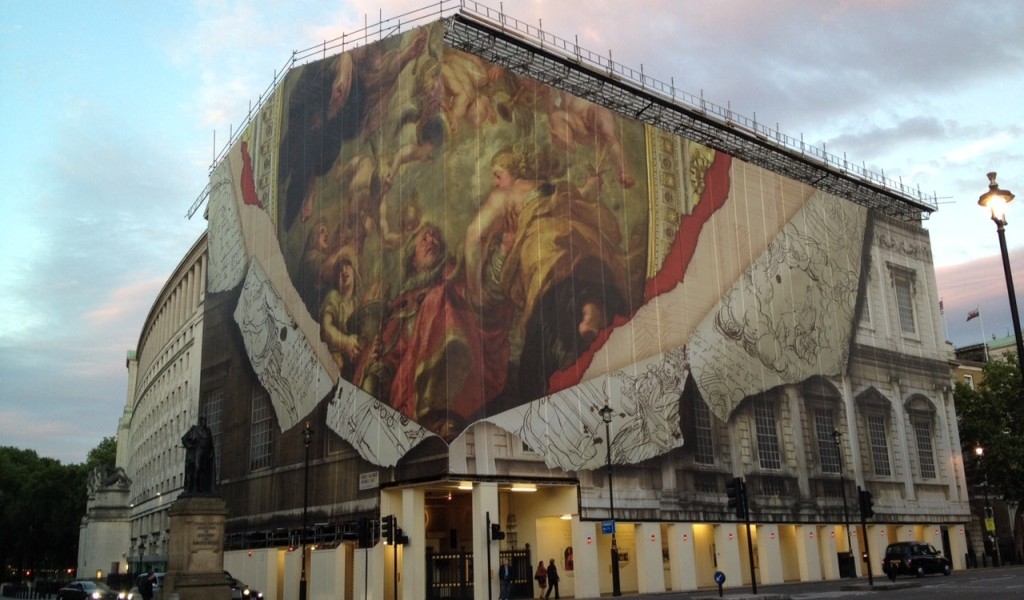 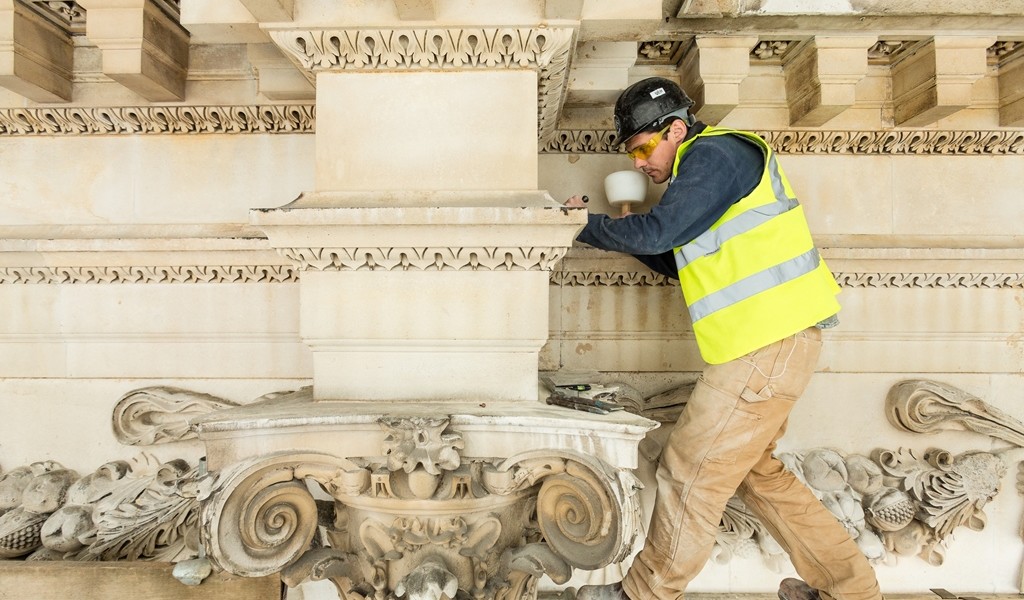 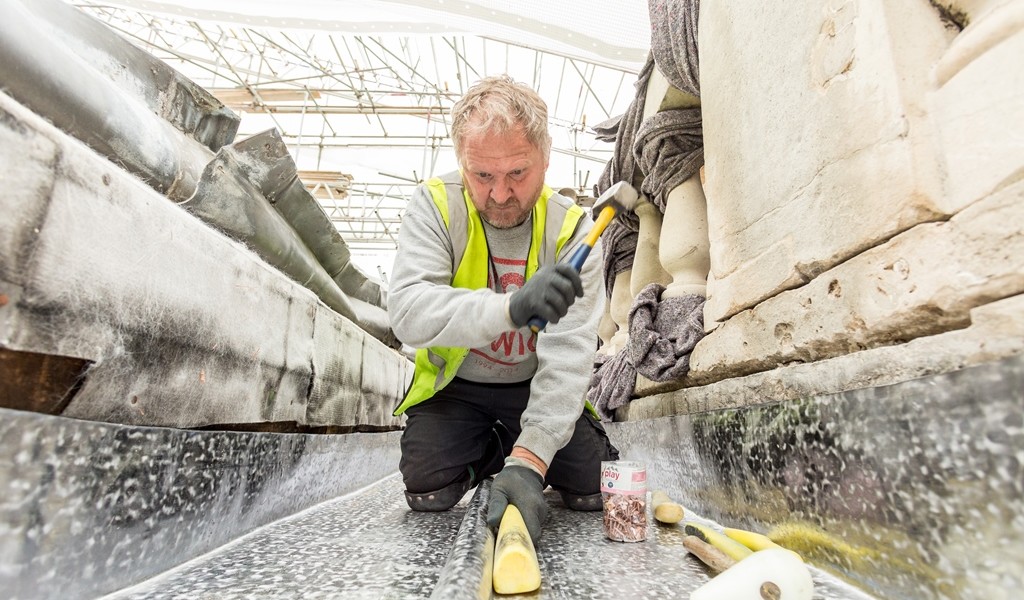 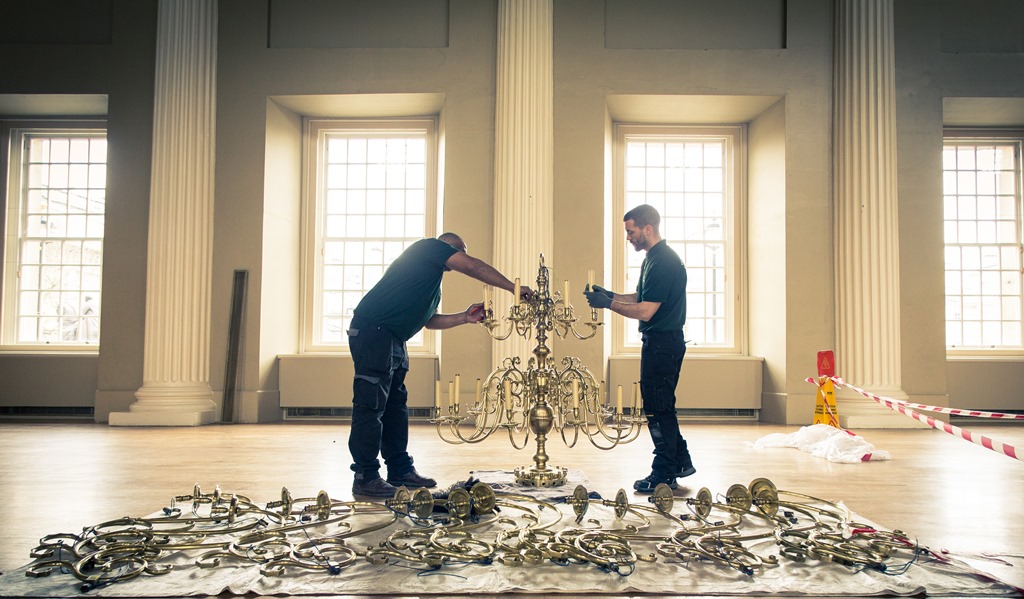 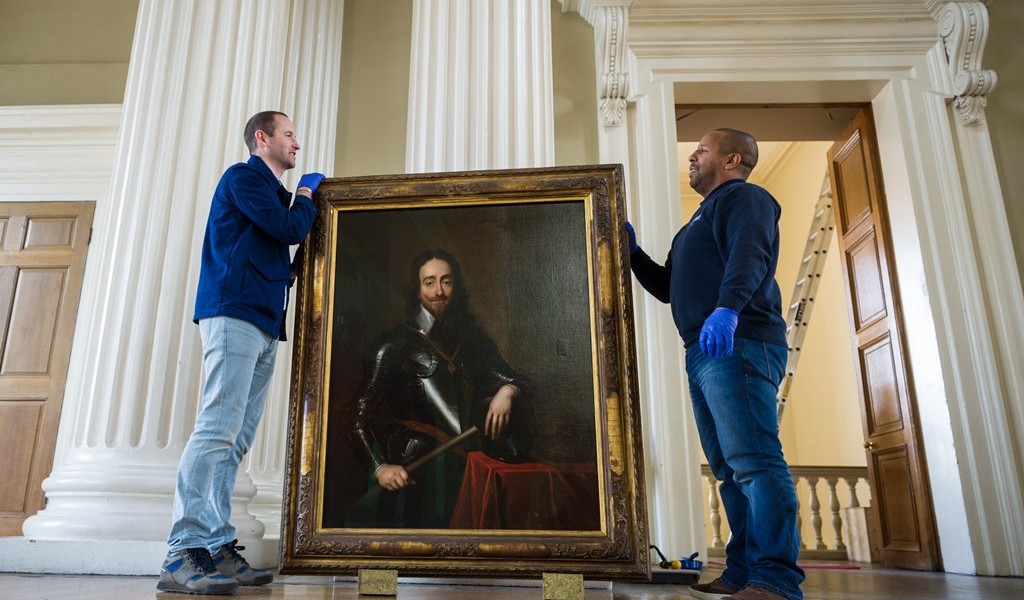 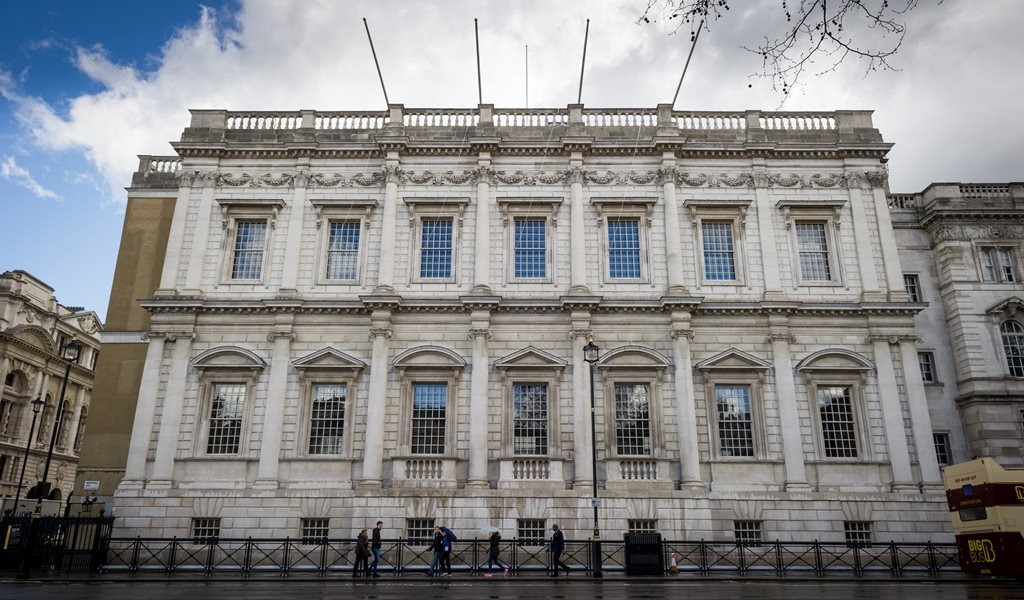 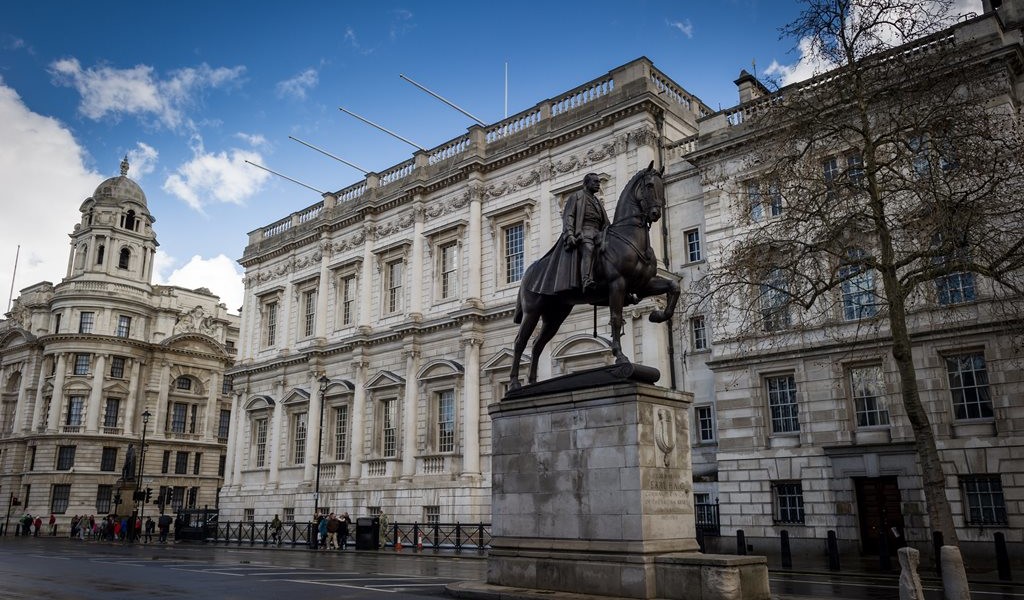 As the project is still on-going, HRP says it cannot confirm the costs of the conservation but said they are being met by its major projects fund.

Banqueting House is the last remaining building of the Palace of Whitehall, Europe’s largest palace, which was destroyed by fire in 1698, and is of architectural importance as the first building in England to be designed in the Neo-classical style. The house was designed by Inigo Jones and features a ceiling by Paul Rubens commissioned by Charles I in 1629 just feet away from where he would be executed outside in 1649.

“We are working on a major project to restore Banqueting House to its former glory and transform how visitors experience its incredible history,” says project lead Jo Thwaites, Banqueting House programme sponsor. “We also have plans to improve the visitor facilities at Banqueting House so many more visitors can come and a marvel at the architecture, the art and the amazing history just beneath our feet, all hidden in the heart of London.”

HRP has also been developing a new visitor experience, which will open in July called The Lost Palace that will offer digital storytelling to enable visitors to experience and reimagine the lost history of Whitehall Palace, the seat of many nation-changing events.

“This next stage of planning, defining and obtaining permissions and funding for the interior works sits alongside the Lost Palace offer,” says Thwaites. “If it’s successful we’ll keep developing it and work it into the permanent visitor offer to show that Banqueting House is the key to unlock many more of Whitehall’s past.”

The new interpretation will re-present the stories of the Banqueting House, covering the period of the 16th Century Whitehall Palace; another palace acquired by Henry VIII from Cardinal Wolsey, through the 17th Century building of this Banqueting House (there were two incarnations of Banqueting House before which were both destroyed by fire). The story will then move to the execution of Charles I, the rise of Cromwell and the Commonwealth, the Restoration of Charles II and the arrival of William and Mary in 1689, then the catastrophic fire of 1698, which burnt the palace to the ground. “Only the Banqueting House survived by dint of bricking up the windows to save the Rubens paintings,” says Thwaites.

The second phase of conservation will tackle the interior of the building including the magnificent Rubens ceiling paintings. These internal conservation works are planned to start on site in 2018 and finish ready for Easter 2020.