The Grand Museum of Egypt, which is to located between the great Pyramids of Giza and Cairo, is described as the largest museum of Egyptian artefacts in the world and well as one of the largest. Designed by Heneghan Peng Architects, the museum will be devoted to Egyptology and its artefacts include the Tutankhamen collection, that is currently housed in the Egyptian Museum in Cairo.

The building of the museum is a concerted effort by the Ministry of State for Antiquities to better display the country’s archeological heritage and boost tourism, and expects up to five million visitors per year. The museum has 24,000 sq m of permanent exhibition space (equivalent to 4 football pitches),  a children’s museum, conference and education facilities, a large conservation centre and extensive gardens with views of the pyramids. 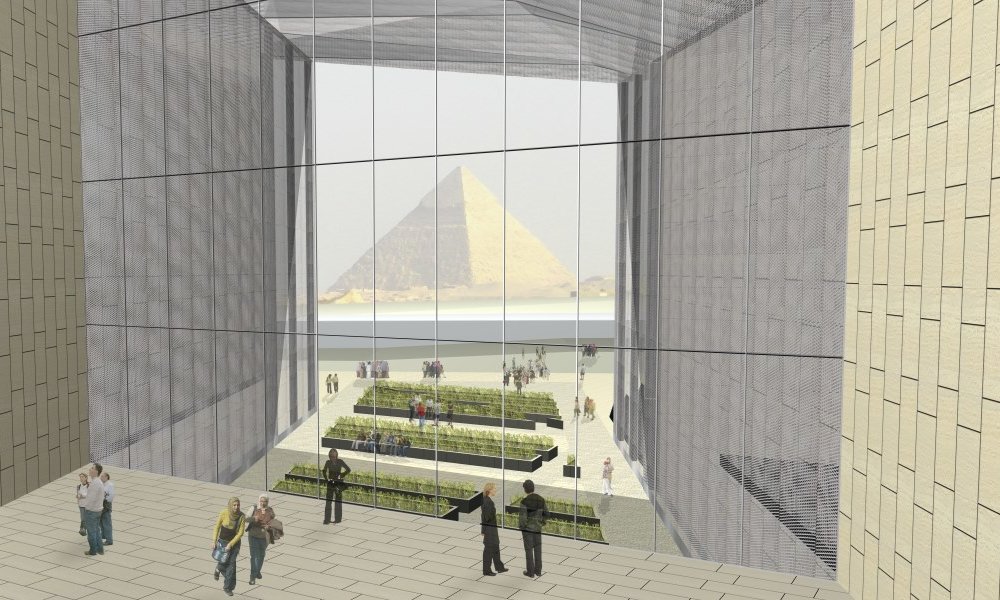 The Great Egyptian Museum will be just 2km from the great pyramids, which can be seen from certain parts of the new building

The Museum of Sound and Image (MIS), which will open in December on Copacabana beach is billed as new hub with exceptional facilities to produce and promote art and also tell the cultural story of culture in Rio de Janeiro. It even boasts a nightclub.

MIS was established in 1965 and it’s new home has been designed by Diller Scofidio + Renfro and will offer the public an innovative space to display the institution’s expansive collection of documents, photographs, billboards, records, film, and newspapers clippings. MIS will also house and display the Carmem Miranda Museum collection.

The museum will show both short – and long-term exhibitions, and houses research offices, an educational activity room, a 280-seat theater/cinema, a shop, a cafeteria, a panoramic restaurant, a bar/rooftop terrace, nightclub and an observation deck, as well as a kiosk on the beachfront. 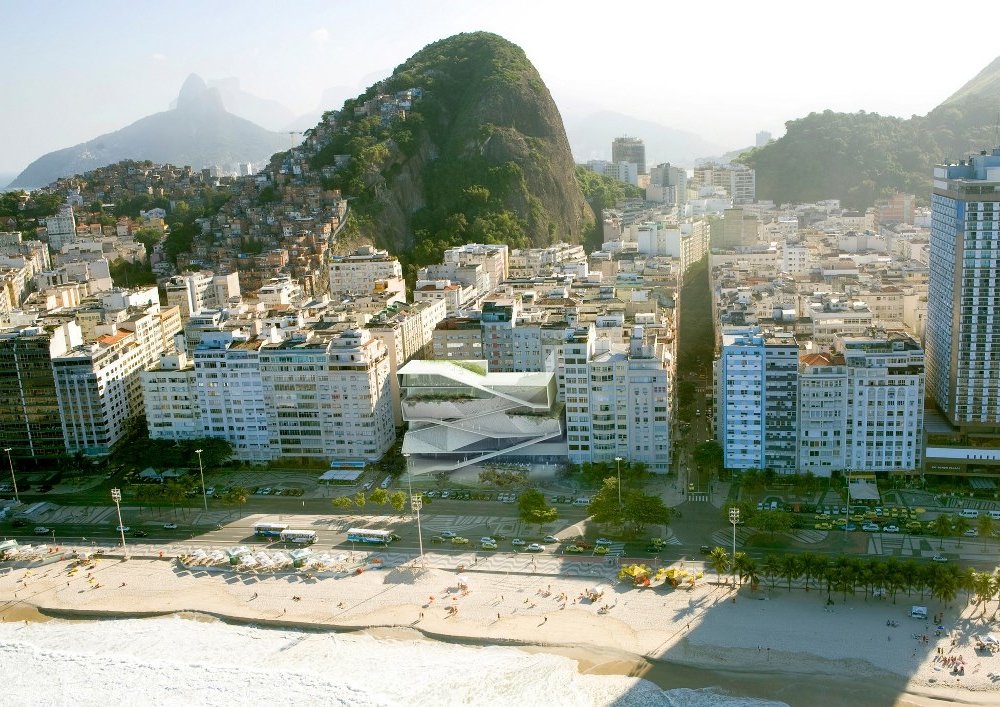 When we hear of decommissioned industrial architecture being turned into museums and cultural spaces we commend those behind it. Tank Shanghai is an impressive example where five oil tanks and a pool for fire-fighting, previously belonging to Longhua airport and situated in a on a desirable stretch of Huangpu River, have been transformed into an urban park and cultural centre.

Founded by contemporary art collector, Qiao Zhibing, The Tank, Shanghai includes an art gallery, exhibition spaces, a bookstore, education centre and restaurants situated on an area of 60,000 sq m with exceptional views of the city’s bourgeoning skyline. It is scheduled to open in November. 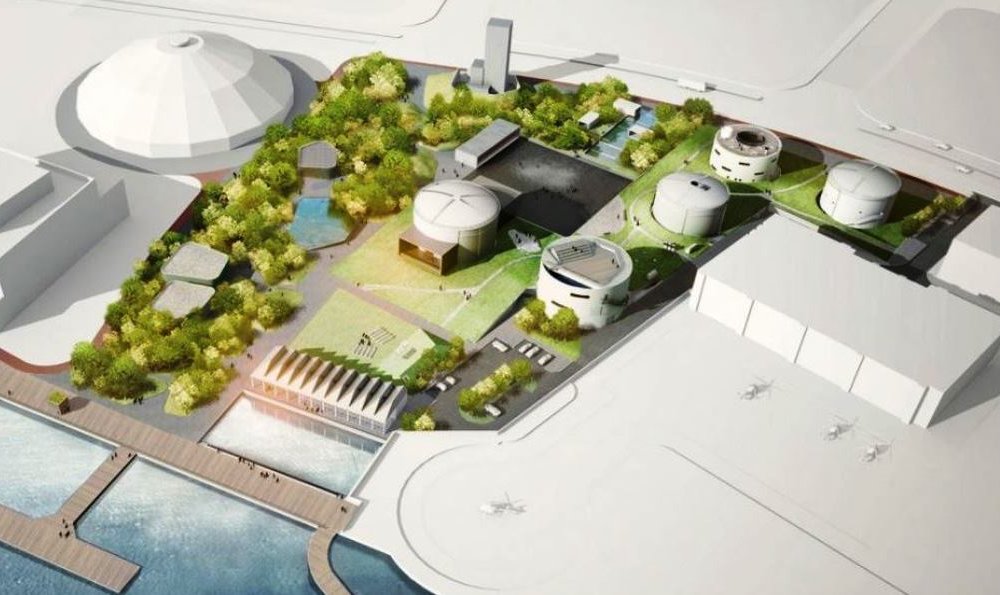 Scheduled to open later this year the National Museum of Qatar is designed by Jean Nouvel whose Louvre Abu Dhabi opened in November last year. It’s interlocking disc design is inspired by the desert rose and is built around Sheikh Abdullah bin Jassim Al-Thani’s original palace, which can be seen in the CGI below.

The museum says it will be ‘a thriving hub for the public, students, and museum professionals [and] will redefine the role of a cultural institution, fostering a spirit of participation and providing the conditions for discovery to thrive. Beyond galleries’.

Inside it will have dedicated exhibition spaces, a 220-seat auditorium, two retail outlets, two restaurants and a café, a research centre and laboratories set inside a park filled with indigenous plants. 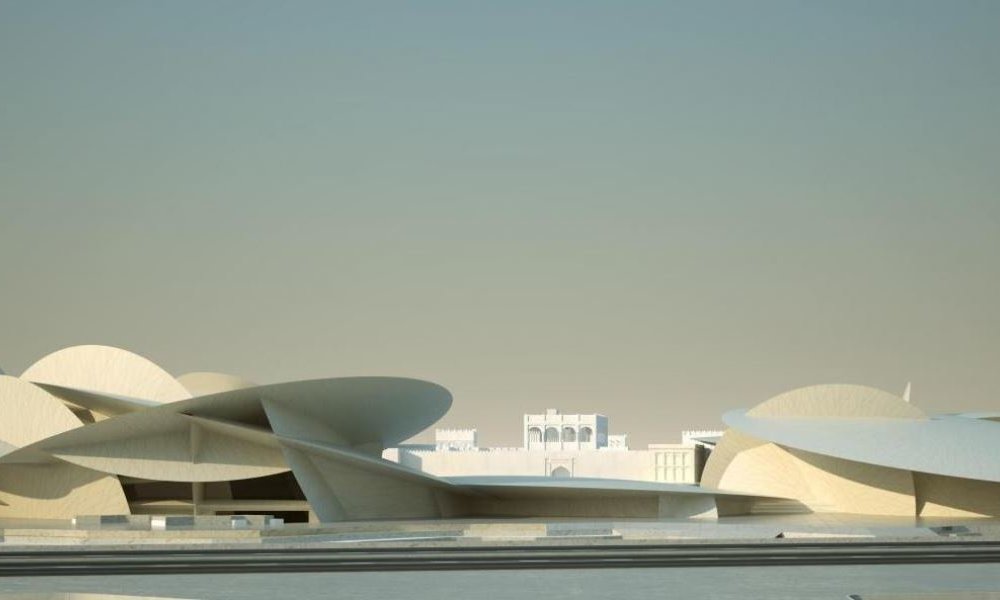 The Dr Bhau Daji Lad or Mumbai City Museum will complete the creation of a new north wing in the summer, which was first announced with the winning design by Steven Holl Architects in December 2014. The new wing is 120,000 sq ft, providing new galleries and facilities including a learning centre, research centre, an auditorium and conference centre, a library and archive, conservation facilities and a new museum shop, a café and a restaurant.

At the heart of the new wing will be a permanent gallery to showcase contemporary Mumbai, focusing on Mumbai’s critical role in imagining modern India, and highlighting its cultural achievements. A spacious special exhibitions gallery of international standards will showcase major touring exhibitions.

The new Museum wing aims to become the primary centre for the contemporary cultural development of Mumbai. 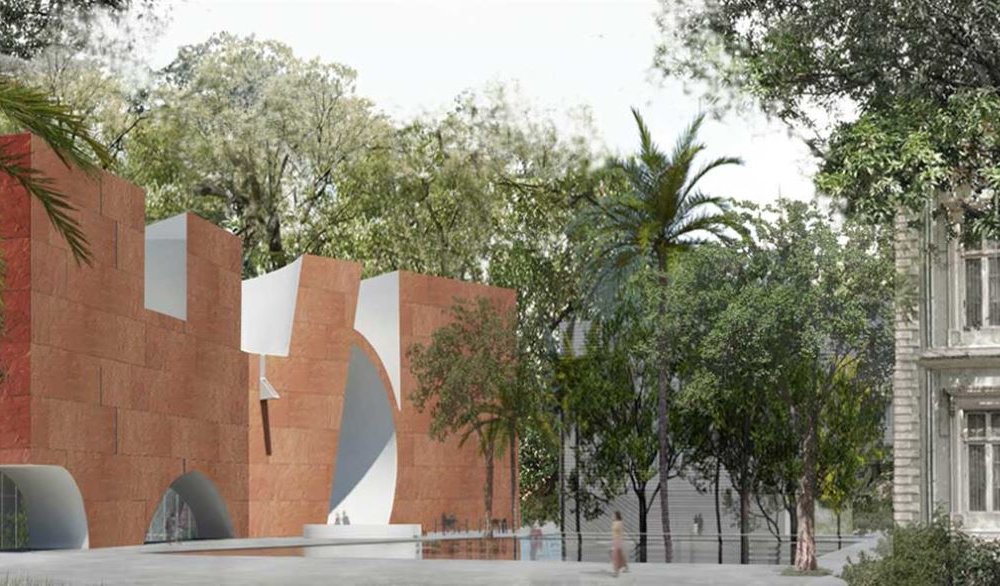