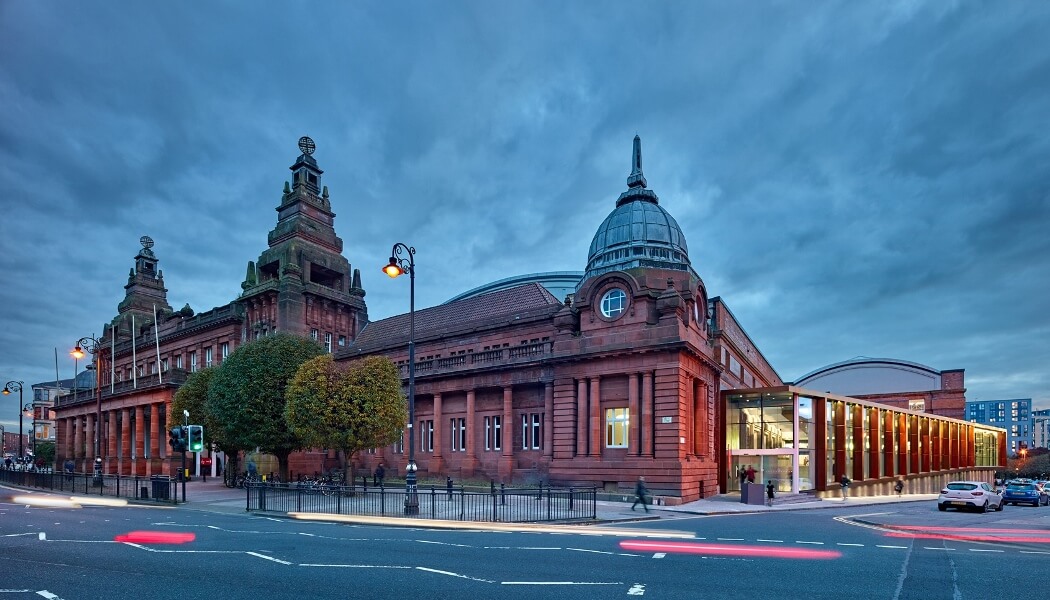 Glasgow Museums will complete the decant of more than 400,000 objects as part of its social history collection this summer, transferring the collection from poorly accessible storage located in an industrial estate on the edge of town into new £35m facilities at Kelvin Hall in the heart of the city

Not only that but the museums’ collections will be part of a partnership with the University of Glasgow and the National Library of Scotland, which have moved their Hunterian Museum collection of more than 1.4m objects and Moving Image Archive respectively, from poorly accessible and poorly controlled storage facilities into the new centre.

And it’s this partnership, which combines collections and resources under one huge roof, and the creation of a high density, integrated mezzanine, double height, roller racking systems that has revolutionised the management and accessibility of these three nationally significant collections.

From the autumn Glasgow Museums’ new storage facilities will be fully operational and offer the public programmed tours, talks, collections studies, learning activities and the opportunity to work with collections for their own projects as well as view conservation work as it happens.​​ 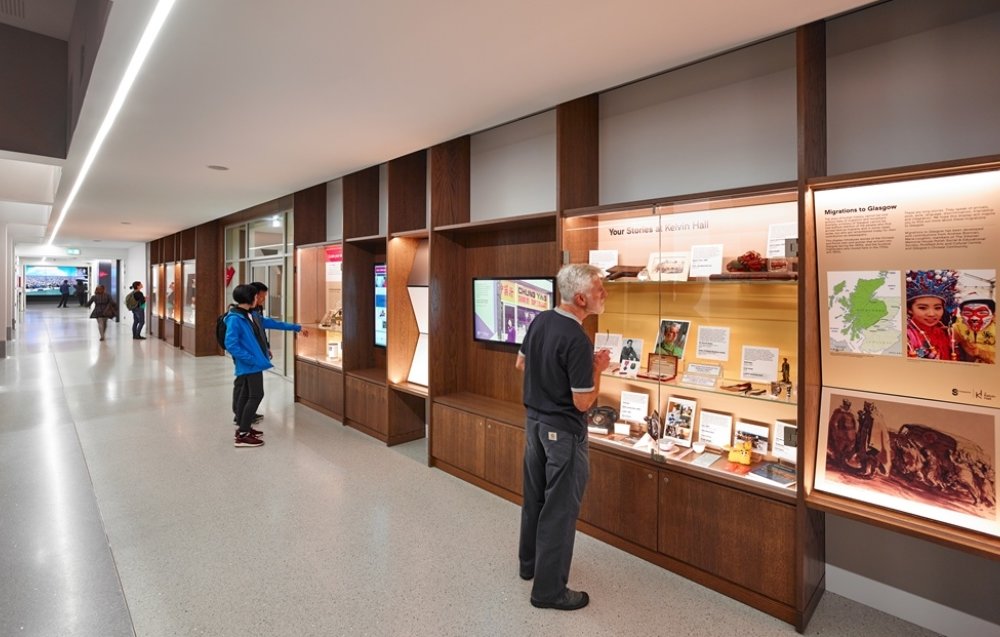 The collections at Kelvin Hall have public display space

“Being in Kelvin Hall will allow us to offer a level of access never before possible for that part of the collection,” says Christine McLellan, Logistics & Programming Manager at Glasgow Museums.

The project started eight years ago with the then head of museums and collections, Ellen McAdam beginning talks with the director of the Hunterian Museum about collections storage and the requirements of the two cultural organisations.

Glasgow Museums had already built two bespoke stores in two phases, completed in 2009, creating the Glasgow Museums Resource Centre, which stores 1.4m objects and offers environmentally controlled conditions and public tours. However, this still had not solved all of the museums’ storage problems as it still had privately rented off site stores, which did not offer good access or conditions to the social history collection. “So we were trying to get another stores project off the ground within the city. And we realised soon on that the chances of attracting funding, given the financial situation at the time in the United Kingdom, would be improved by a partnership proposal.”

As the talks for a new facility progressed between Glasgow Museums and the University of Glasgow, the city was also preparing for the 2014 Commonwealth Games. This resulted in a new purpose built arena for the city, which opened in 2012 and left the much-loved civic building of Kelvin hall, which was once been the national indoor arena, looking for a new purpose. The Museum of Transport, which also shared the building had moved to its new Riverside Museum location the previous year and this led the partnership to imagine the potential of what is one of the largest exhibition spaces in Britain as a new collections store.

“We started to build up a masterplan with Glasgow City Council and the university to look at how we might best be able to use that building in its prime location.” 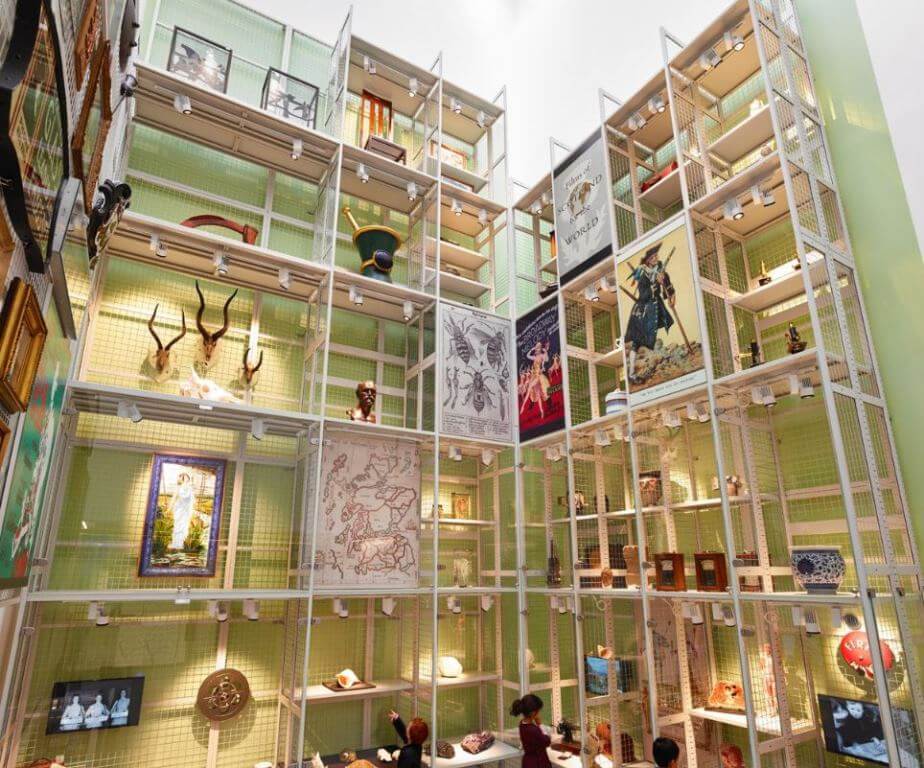 The National Library of Scotland had also been looking a new home for its Scottish Screen Archive, now called the Moving Image Archive, which was stored in an industrial estate at the edge of Glasgow with poor public access, the consequence of which was low footfall.

“The Moving Image Archive has a new back of house facility in which to appraise, acquire, digitise, catalogue collections,” Ruth Washbrook. Moving Image and Sound Collections Manager, National Library of Scotland | Moving Image Archive. “The new access centre enables us to provide much quicker access to recently digitised collections and make a feature of them on the video wall or through our on-site and on-line catalogues. The master film vaults are off-site, so collections will be brought out to work on with the masters going back once preparation and digitisation has been completed.  New workflows are being devised and put in place to streamline management of collections.

Kelvin Hall has had a massive transformational effect on the moving image collections providing a showcase with a large 12 screen video wall, themed content and events programme.  “Collection interpretation has increased greatly with workshops on ‘How to use film for local and family history’ to regular film screenings and workshops for the other National Library digital collections such as maps, e-resources and e-books and journals,” says Washbrook.

Over a two-year period, Kelvin Hall was transformed into a dual use facility of sports centre and fully accessible collections store for the partnership. Once the building works were complete and the building was handed over at the end of June 2016, Glasgow Museums, along with its partners, began to transfer their collections.

“What we have now is as close to solid storage as you can get, while remaining completely accessible. You can access every single shelf and the entire store is environmentally controlled, there is a fire suppression system and full access to all levels. You can walk around the blocks of storage and you can open up an aisle in the high density system, and in terms of bringing objects in and out of the storage it is really easy and straightforward,” says McLellan.

As part of the partnership’s HLF application its activity plan stated it would develop the collections together and also work on access projects together. As part of this Glasgow Museums has been working with community groups to utilise the collections. 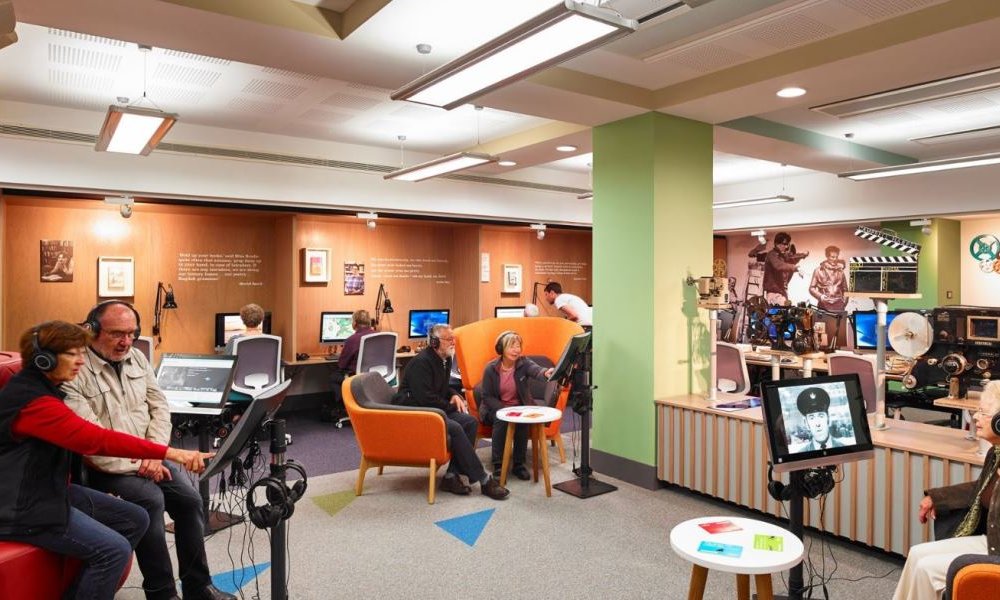 “A group that comes into our stores will be able to search across all of our collections and identify objects and film that’s pertinent to their topic. So if The Hunterian has an object and the moving image archive has a film, they will be able to use them to form their display. So it’s about us trying to work together to find ways of exploiting the collection.”

One example of this was a project called Going to the Dancing with a community group from the Glasgow suburb of Netherton. They looked through all three collections and used objects to tell their story about Going to the Dancing. The result was an organised, ticketed tea dance in one of the sports halls with people from around the city attending and taking part in old style dancing.

“It’s never been presented that way before and along with a new website, developed with HLF funding, we have our collections access database that people can search. This allows them to search online before visiting to see if the objects and films they are interested in are there and then book an appointment with a curator, book a tour or ask to see objects. And for us at Glasgow Museums that means connecting with the public, whether it be a community group, a visiting professor or an enthusiast travelling from another city. So this accessibility, partnership and extra level of interpretation has been the startling new thing for us.”

One of the initiatives that Glasgow Museums has been involved in over the past two years is with the Paul Hamlyn Foundation to help put its visitors at the centre of its current and future work. McLellan says this is fundamental to Glasgow Museums because its collection belongs to the people of Glasgow and its wants to provide the widest possible access.

“Also what we want to do and what we are preparing for in terms of our research, exhibitions and redisplays is actually what our visitors want to see. We do this through consultation, engagement and collaborative work such as the Netherton group’s display on Going to the Dancing. It’s about not telling people what they want to see, it’s about working with community groups and saying ‘what do you want your project to be, what do you want the output to be and how can we help you get there and what can we facilitate?’ Working with Paul Hamlyn helped us to get further along those lines on a commitment we had already made to the city. Kelvin Hall is an extension of that and accessible storage is all part of answering that criticism ‘why do you have it if it’s not good enough to go on display? Or, ‘why do you keep it, why don’t you just sell it?’ All of those crazy questions we get asked. This is why the collections are relevant and this is why they are important and it’s about involving people in that dialogue.”

The partnership’s plan to develop its services jointly so they are complementing each other and integrated, has created two new posts that work across the partnership rather than in one camp. There is a new programme manager whose job it is to look at the commitments made in the HLF application and to ensure that the partnership is still working towards those. And there is also a back of house post that McClellan says ‘greases the wheels’ maintaining and running the building properly and also providing access to visitors and contractors as the partnership continues its work. “They are keeping us focused. As well as this, the overall building is managed by Glasgow Life and the senior manager Yvonne Greenlees runs a monthly Kelvin Hall group management meeting where all the partners are represented so we can ensure we are working together and focused on the right things.”