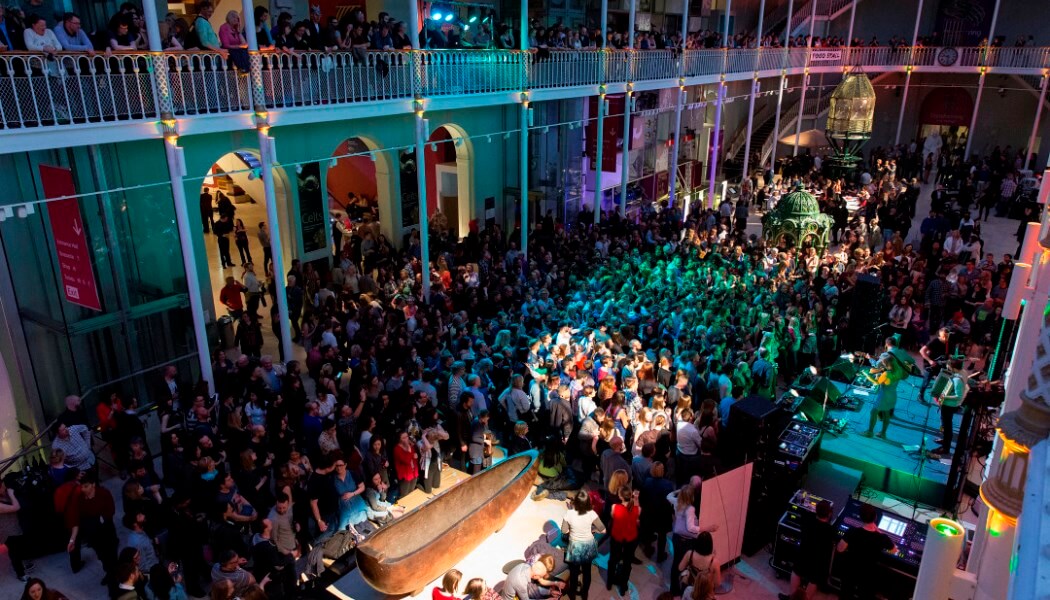 A Culture of Lates: how do Museum Lates build audiences & generate income? will take place at the National Gallery, London this Friday (June 1), and was launched as a result of research completed by Culture24 earlier this year that

Since 2009 Culture24’s Museums at Night festival has recorded on its database 2,555 arts venues taking part with more than 18,000 events held. It is this level of interest and participation that has led to Culture24 to look at ways to provide the framework for a more regular night time economy in museums and galleries, and probe the questions that surround how to make this work such as staffing and admission charges.

They numbers appear to be impressive and Nick Stockman, campaigns manager at Culture24, says in the Culture of Lates report that in 15 years’ time that, if the support is there, ‘it could be as normal to walk through the doors of a museum at night as it is to enter a theatre’.

However, Stockman also notes that when you dig down a bit deeper, one of the things that is particularly interesting is the number of venues that have consistently registered at least one late event as part of Museums at Night in the six years between 2011 and 2017 and that number goes down to 81. So, only 81 venues actually put on a regular late events every year during those six years. And he estimates there are 10,000 non-performing arts venues, covering everything from libraries, archives and museums, (of which some will have put on lates without registering with Museums at Night) that he feels could benefit from more support to open their doors after normal closing hours.

This year Culture24, which became an Arts Council National Portfolio Organisation in April, has expanded its Museums at Night website (as well as created a new website: Museum Crush) so that it becomes an all year round resource for museum lates. As well as this, three reports, including the Culture of Lates, have been published.

6 key findings from these reports:

“Regularity was a big feature in the reports and one of the things that came out very clearly from the Culture of Lates report [which included interviews with museum and gallery programmers] was we want more opportunities to share knowledge and get together and learn from each other and also those from abroad,” says Stockman. He says the sector is really good at showing off good practice at annual conferences and shows but this would be the first time a conference would have a specific focus on after hours programming.

Culture24 is partnering with the National Gallery, which will hold a panel discussion at the conference, and has a mix of speakers from the sector, both from the UK and abroad, and also speakers with expert knowledge of the night time economy in general. Speakers from the sector will include: Kim Streets, Chief Executive Museums Sheffield; Tatiana Getman, Head of special projects & events, The State Tretyakov gallery, Moscow; Ashlie Hunter, Producer Public Programmes, Art Gallery of New South Wales and Neil Mendoza, Provost Elect, Oriel College, Oxford, DCMS board member and author of the Mendoza Review. And from outside the sector there will be insight from Ojay McDonald, CEO Association Town & City Management and Alan Miller, Chairman of The Night Time Industries Association.

Aim of the conference

The actual content for the conference will highlight the role that after hours events play in the night time economy and what role they could potentially play for museums . The conversation will delve into how the sector develops these events and programmes to be high quality and the best way to achieve this through social activities, the content and charging a fair price.

Part of the confrence’s focus will also be on what attracts a new audience, what are the best way of doing that and how do you generate income as well? “We will look at how we can contribute to the night time economy as a sector and what can be done to bring museums into the night time economy fold and into these Business Improvement Districts and Purple Flag schemes,” says Stockman. “So many cities and towns are looking for people to stay on the streets after 5pm, they don’t want to be ghost towns.”

Kim Streets, Chief Executive Museums Sheffield is the keynote speaker from the museum sector and will be giving an overview of the Live Lates programme in Sheffield; how they’ve developed over the last few years and what we’ve learned along the way.

“There’s real potential to challenge perceptions, break down barriers and reposition museums and galleries in hearts and minds,” she says. “Size isn’t necessarily the issue – it’s about having the courage and the freedom to take risks and to begin thinking differently about audiences and how we use our spaces, it’s also about working collaboratively and breaking the mould.”

Kim believes that Museums of all shapes and sizes are becoming increasingly participative and focused on bringing people together.  She says they are aligning what we do with the concept of community, place and civic society – and we’re bringing something fresh to that.  “In one way or the other we all feel a need to belong and museums can help with that sense of feeling part of something.  Live Lates are great because they’re about people being together, being curious and having a great experience –so yes, they’re key.”

At Museums Sheffield, they have experimented with all kinds of events, from Craft Jams and 24-hour live performance, to Harry Potter extravaganzas and live-coding Algoraves. “Fundamentally, I think the Live Lates have allowed us to think differently about who we are as an organisation and what we’re here to do. On a practical level, they’ve brought in a new audience and provided an opportunity to explore more creative approaches to engagement, particularly through digital and online platforms. They also allow us to build new partnerships – a big proportion of our Live Lates are delivered in collaboration, and those partnerships bring with them a chance to connect with new audiences or establish new relationships with our existing ones.”

She says Sheffield Museums’ Live Lates are a dynamic programme that attracts an emerging adult audience – largely people who have freedom, are digitally active and driven by curiosity and attracted to great experiences.

The Sheffield BID is supporting this year’s Live Lates programme – ‘which aims to promote the breadth and depth of the night time economy, showcasing an outstanding cultural, creative experience that’s a little bit different alongside a high-quality retail, food and drink offer in the city’.

Museums at Night was established after funding for Museums and Galleries Month, held from 2000-2008, was withdrawn and the creative capital transferred to Culture24.

“Museums at Night did a great job of developing and moving lates out beyond the London metropolis,” says Stockman. “It’s a thing that’s now accepted in the sector, that can be done and has been done, but it’s only really taken off in the past 10 years. Then of course you’ve got the question of how long have museum lates really been in the public consciousness? And it seems to me that a lot of people still have either not heard of them at all and are amazed or haven’t really experienced it before.”

Culture24 feel that the sector, in terms of lates, is at a transition period, a sort of coming of age moment. It’s been almost 18 years since the first lates programme took place in 2001 at the V&A and the ‘Godperson of Lates’ who started it all off will be discussing those early days at the conference.

“Museums at Night is definitely at a transition period as well as this a lot of the funding has been pulled out so it’s a really good time to look at everything and say ‘how should we do things in the future?’”

Much of the data about lates in the UK has always resided on the Culture24 system but Stockman says the team has never had the opportunity to interrogate it and reflect on the information the sector has given them.

This was the prompt for the research with help from the Art’s Council and the Winston Churchill Memorial Trust, which funded the international research. Stockman travelled to Mexico, Australia and Russia to compare and take notes on the late night events that museums are organising in these places.

“There is the equivalent to Museums at Night every month in Mexico City, so that is why I went there and it was a fascinating experience to see how that works and how it is developing. The other places I went to such as Moscow showed how a cultural climate of opening after hours can develop and become the norm. And that is what the report brings out. And if that’s the norm there, could it be the norm here?” 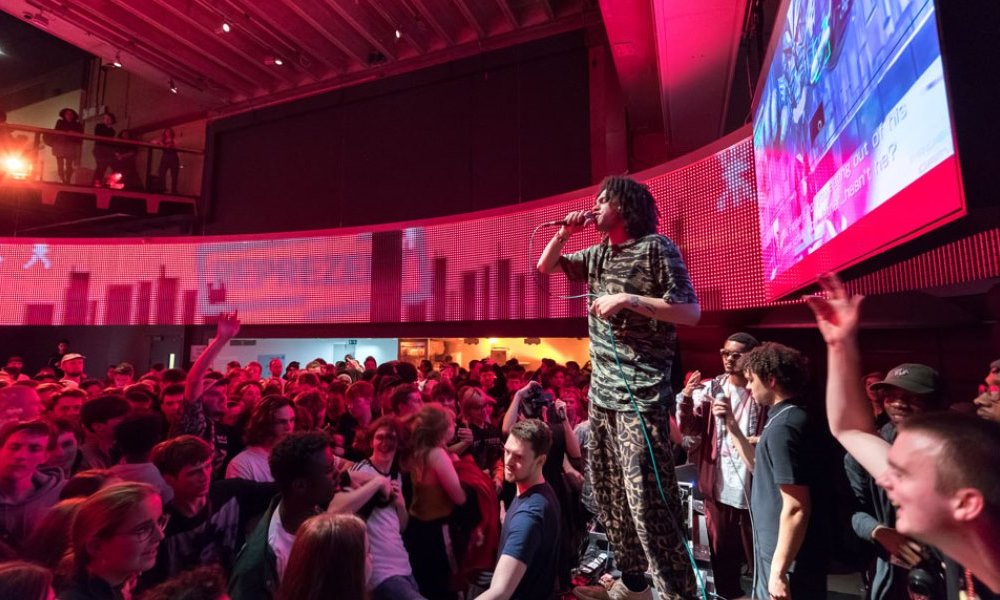 The 'A Culture of Lates' conference will be the first chance for a range of decision-makers, both inside and outside of the sector, to talk at length about late night programming in museums. The photograph shows a late night event at Museum of London. © visitlondon.com, Jon Reid and Museum of London

And delegates from the outside the museum sector have expressed their enthusiasm for the conference by saying it is just what we need at the moment. “Bringing together Britain’s world class museums and galleries to collaborate with our Night Time Industries is game-changing news for the UK,” says Alan Miller, Chairman of The Night Time Industries Association and one of the speakers at the conference.

Stockman firmly believes that museums can play a big role in diversifying this economy. He says museums tend to have the kind of events and the kind of pace that provides an alternative to a high street full of bars and clubs, where there may not be a variety of offers.

“Our recommendation is that they become a part of museum strategy and valued and nurtured by leadership. Somehow, we have to find a way of being open. If we see ourselves as partly in the light of the entertainment business then one simple answer is to open up at 12pm or one 1pm one day a week or one day a month to facilitate those extra four or five hours at the end of the day. One of the things we have talked about in the research is a programming ladder in terms of maybe starting off with one Museums at Night event and then two and try and hold regular events.”

A Culture of Lates: how do Museum Lates build audiences & generate income? will take place at the National Gallery, London this Friday (June 1).

A Culture of Lates Conference